Bilenky builds bikes in Philly from mild to wild in every style you could ever conceive, from steel road bikes to Ti Tandems.  This fillet brazed cross bike is one of the many they’ve made over the last 30 years and its seen some abuse this year while Taylor Kuyk-White has been racing for Bilenky Cycle Works/Philly Bike Expo, even stacking some UCI points behind the bars. 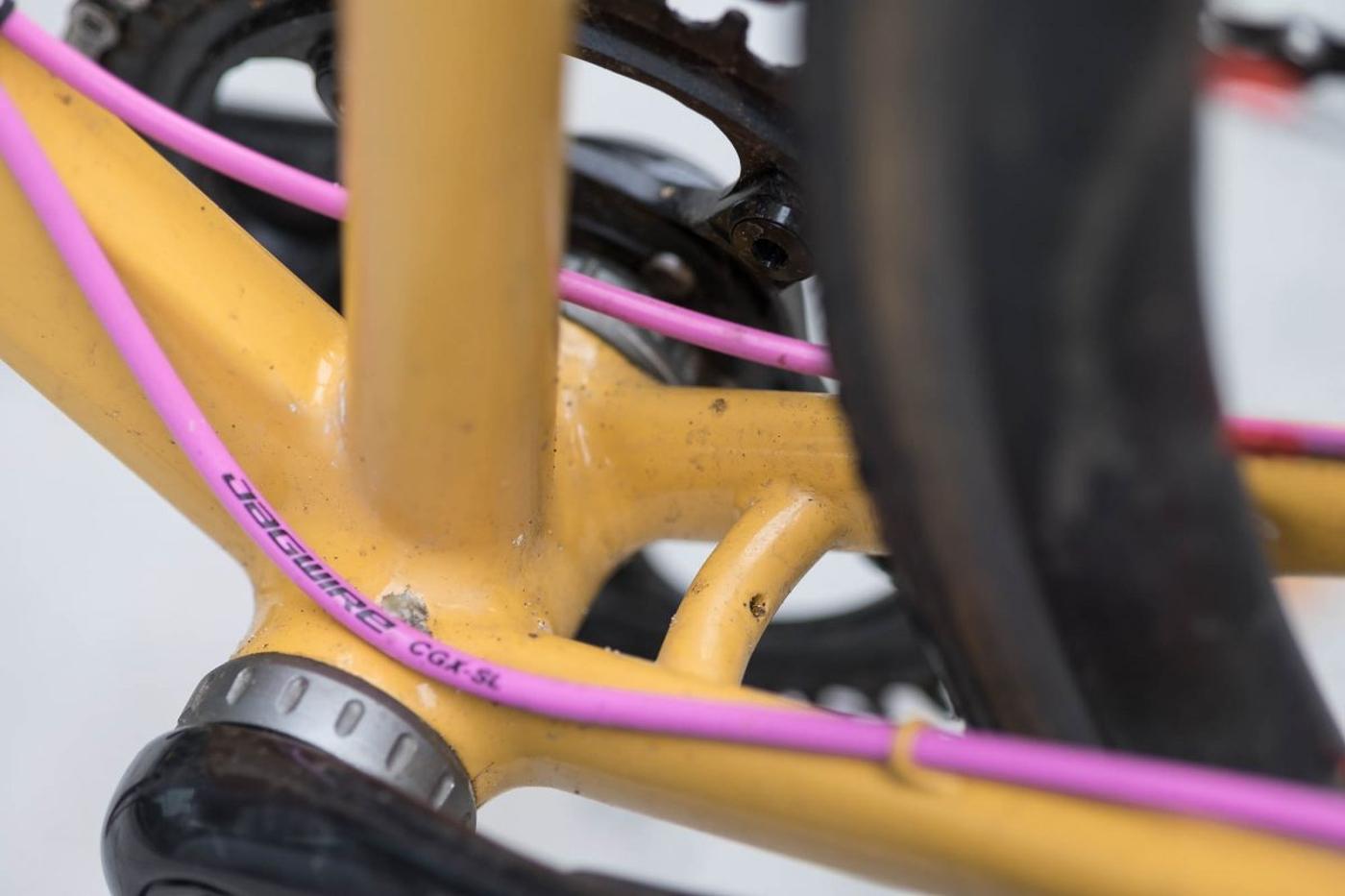 The handbuilt wheelset, a no-nonsense White Industries to Pacenti SL25 build, has been proven along with the SRAM Force 1x setup, with stopping power is performed by none other than the impeccable Paul Component Klampers.  I really dig all the colors, on this bike, from the paint to the anodized bits this bike pops, so be sure to check it out at the races. Bilenky say’s he loves to braze, and it shows, especially around the bottom bracket of this machine. Growing up in Pennsylvania I’ve been a fan of Bilenky’s work for some time, and hope to be able to visit the shop one day soon.