Tom holding a bottle of cider, provided by Jimi.

After a cold and wet previous 48 hours, we were keen to seek the sun in one of Eastern Tasmania’s most beautiful landscapes: the Bay of Fires. While many believe the Bay of Fires is named after the bright red lichen that grows on the rocks surrounding the blue waters of the Tasman sea, it was in fact named in 1773 by Captain Tobias Furneaux, who upon anchoring off the coast of Tasmania, saw the fires of Aboriginal people on the beaches. Out of all the landscapes we have visited thus far on our journey, this region was by far the most beautiful. To boot, we had a wonderful place to lay our heads after a day of riding and exploring the land’s many backcountry fire roads and tracks.

The Bay of Fires Bush Retreat was recently opened by Tom and Anna, a couple who have spent the past few years working in the hospitality and restaurant industry in Eastern Tas. Tom had worked for a local dinner spot for years before making a name for himself and his cooking. Through utilizing his connections and a with the help of a few contractors, he was able to slowly build out this exceptional piece of property, while subsidizing his endeavors through catering private events in the area. His vision was simple: offer a bush camp-inspired getaway with all the luxuries of a resort but with a rustic edge.

Alongside local contractors, Tom spent a few years shaping this retreat into exactly what he envisioned to be the perfect weekend getaway spot with a beauty only rivaled by the majestic coastline, only a few kilometers away. 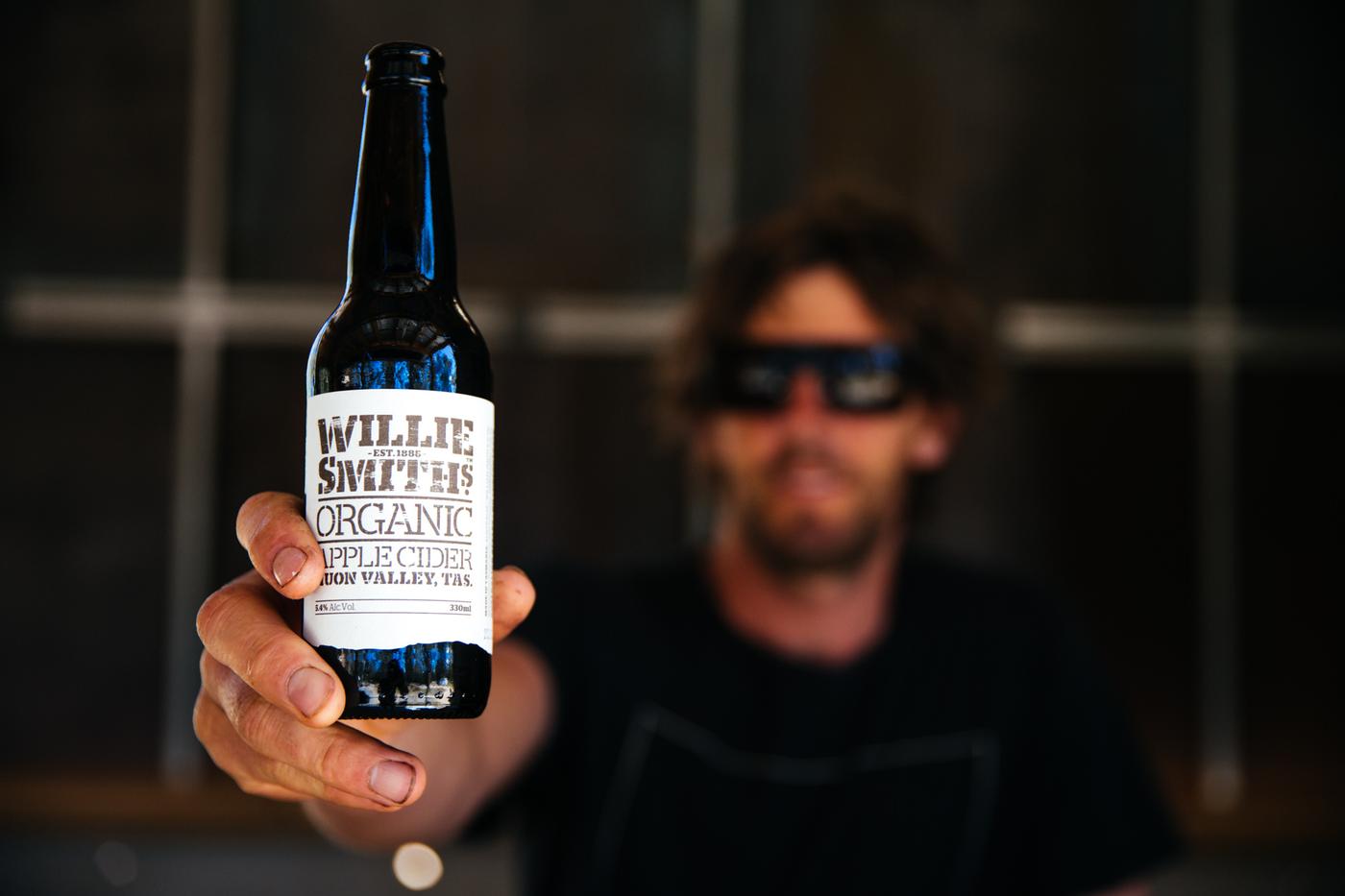 Upon returning from our ride down the coast and over the mountains, Tom had invited Jimi, a local brewersmith (is that a thing?) from Hobart, a city in the South of Tassie. Jimi and Tom had been smoking meats all afternoon and sampling some of Willie Smith’s dry and delicious ciders. Since my hay fever had subsided for the moment, I set down my camera, pulled up a chair and relaxed, while acquainting myself with my new comrades. Jimi races and rides for a local SSMTB club called Bottles and Chains. These blokes were first introduced to me by Dan at Shifter Bikes many years ago and it was great to get to know yet another like-minded bloke who I can now call a friend. The afternoon melted away like ice in an open esky and before we knew it, the sun had fallen enough in the sky to allow for a ride through the local singletrack. Our host, Tom would lead the troop including Scott, Jimi and myself. What awaited us is still to this day one of my favorite afternoons spent on a bicycle. While the ride itself wasn’t all that long, it took us on a myriad of bush trails through Skeleton Bay, a world-renown surfing destination. We however, chose to shred the undulating hills of tacky dirt and ripping sand berms found just within shouting distance of the beautiful white sand beaches. Ending our shred fest at the scenic harbor, just as the sun tucked itself in the for evening amongst the Wattle and Gum Trees, we began to pedal back up to the Bush Retreat, where warm fires and bar snacks awaited our knackered legs. 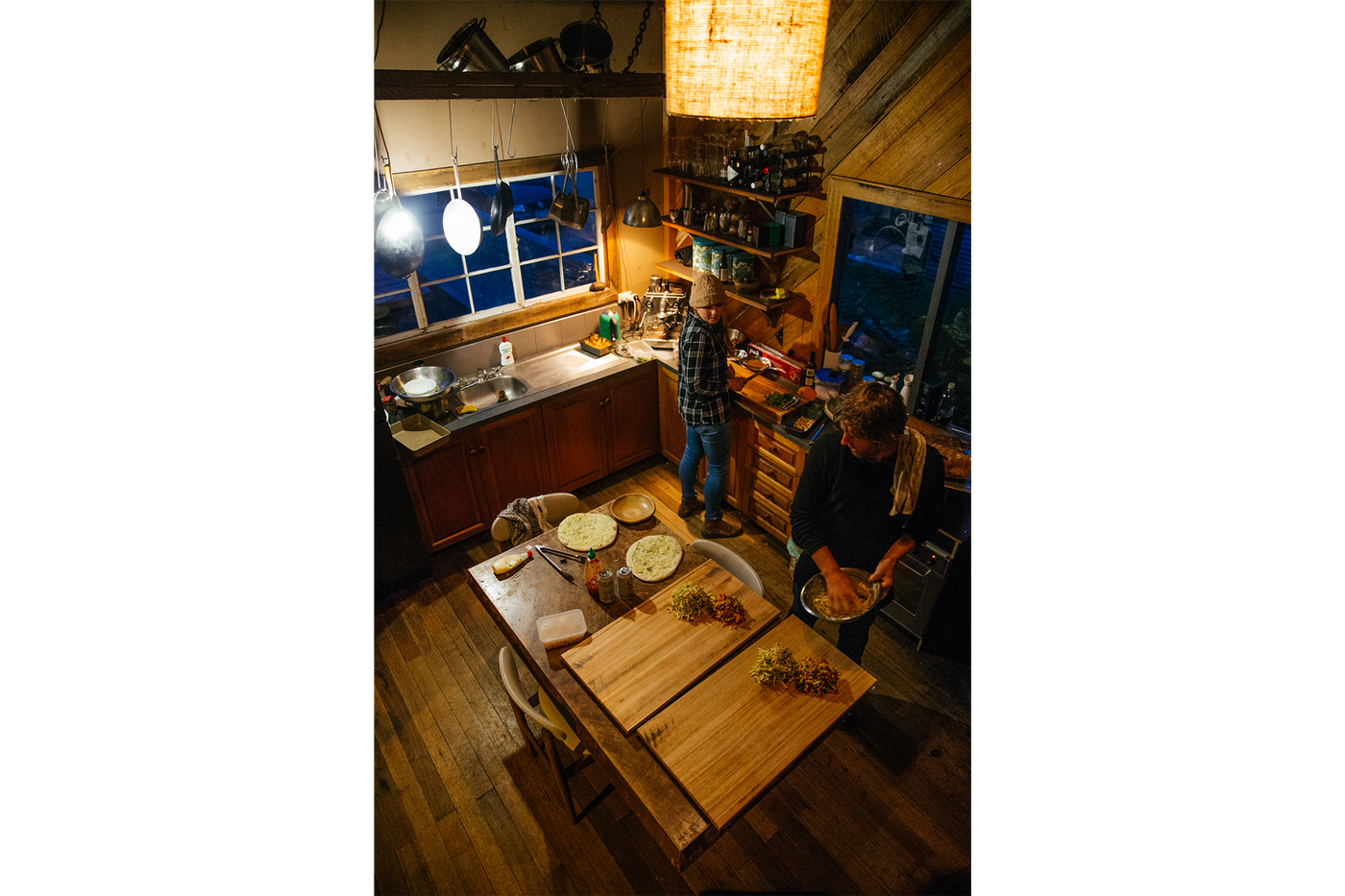 Typically, Tom and Anna offer fully-catered meals to their guests at the retreat, so Scott and I decided to take them up on their offer of a warm, home-cooked meal. On the menu was Jimi’s “Tassie Brisket,” a plethora of home-grown veggies and some damn potent, super dry cider. All of which were consumed amidst playful conversation, exchanging of local tall tales and stories that spanned the Pacific Ocean to and from the States. Yet another crackin’ morning greeted Scott and I as we reluctantly packed our bags the following morning. To say we were sad to leave was an understatement, but alas, our journey had one last leg and the Bay of Fires Bush Retreat had guests en route. Also, Tom noted that hear the waves crashing in Skeleton Bay as the wind shifted offshore and the tide was low. With renewed faith in the Eastern Tassie weather, we left the Bay of Fires for the mountain bike trails of the Blue Derby, something I had been eagerly awaiting this entire trip! 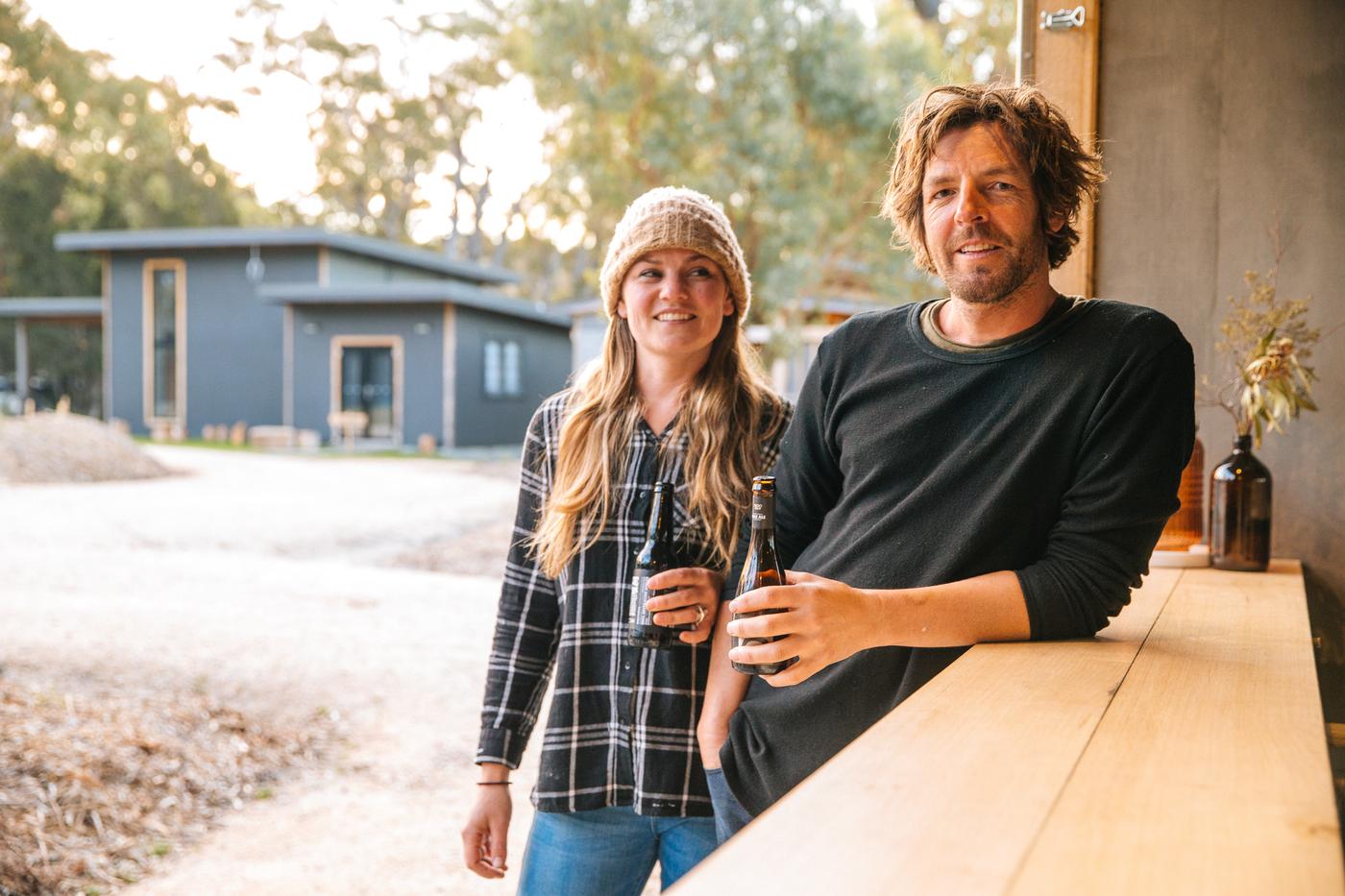 I cannot thank Tom and Anna at the Bay of Fires Bush Retreat enough. What they have carefully curated over the years has finally come to fruition and is now open to public reservations. Do yourself, your family or your mates a favor and book an extended stay next time your plans bring you to the Eastern Tassie coast. Also, many thanks to the Eastern Tasmania Tourism Board for making this dream trip a reality!