Fallen Angel Island is a Bay Area gem tucked away in a hard to get to corner of northern bay just of the Tiburon shore. In fact, it’s not hard to get to but getting one the seven official camp spots is way harder than just jumping on the ferry to get there.

Fallen Angel Island is a stealth campers paradise but with a locust like ranger infested entrance and exit point with the ferry, it’s difficult, almost impossible to enter the island unnoticed and not being asked for a permit when you first enter the dock. Our friend Nick from Pedal Inn had booked the best site on the island about 6 months in advance so we didn’t have to act like we weren’t going to glamp the shit out of campsite 4 with our first time SF visitor from The Warhead Courier Copenhagen chapter – The legendary Simon Busk. 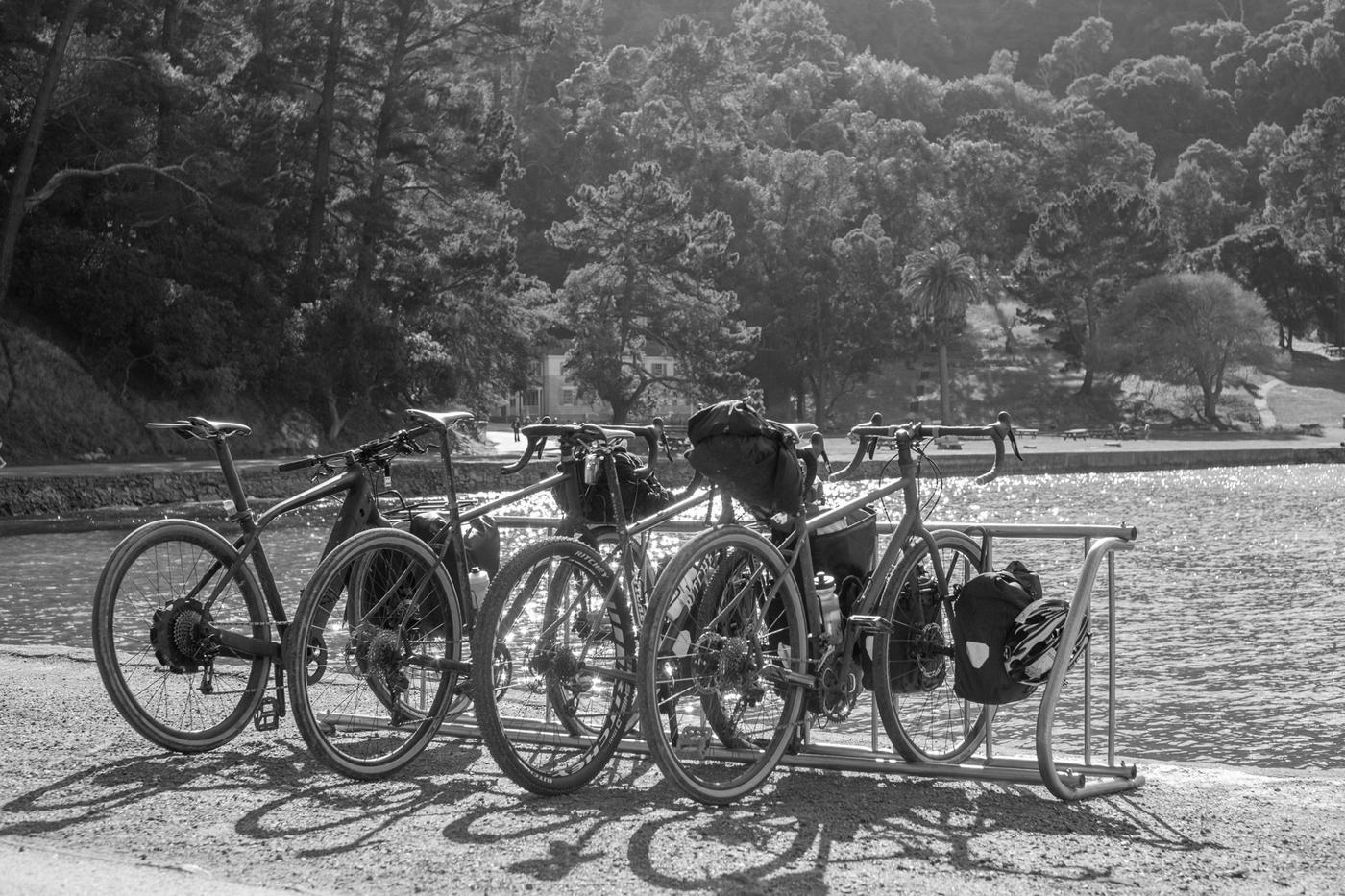 Our bikes were loaded down with tons of good food, cold beer, Bourbon and Rum. We opted for comfort and focused the weekend on car-camping style camping with bikes – we just brought it all. 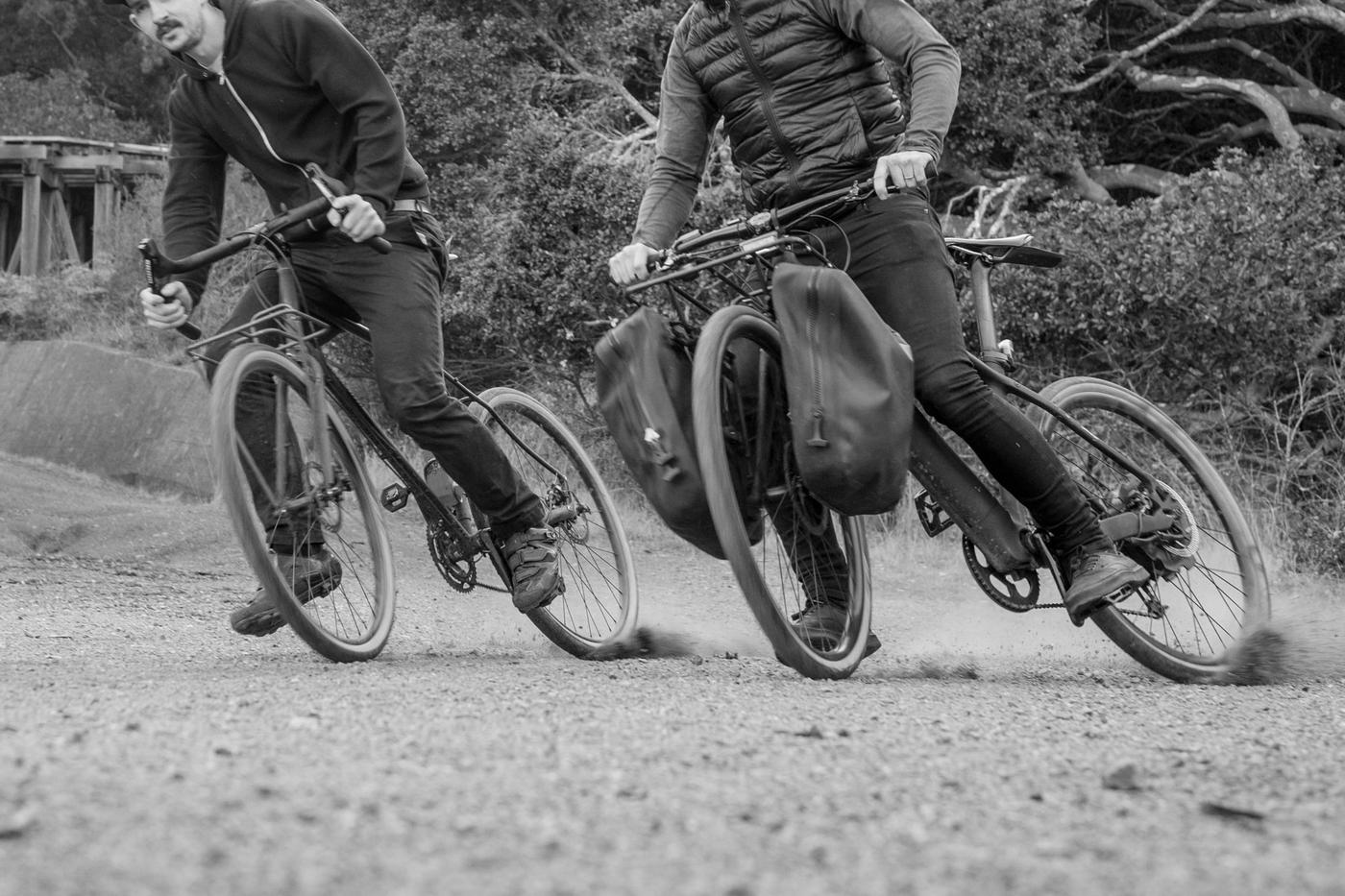 It was one of those magical weekends where bike riding doesn’t have anything to do with miles / hr or distance but rather skids and high fives / hr. The speed we travelled at most of the time was about 44 skids / hr and we’ll tell you this – Fallen Angel Island is a skidders paradise with its manicured dirt loops along the slopes of the 788 ft Mount Caroline Livermore, the highest peak of the Island with an amazing 360 view of downtown SF, Golden Gate and East Bay. It’s truly an amazing place, especially after the last ferry back had departed and the only inhabitants are a handful of rangers, campers and hog sized Crackoons. 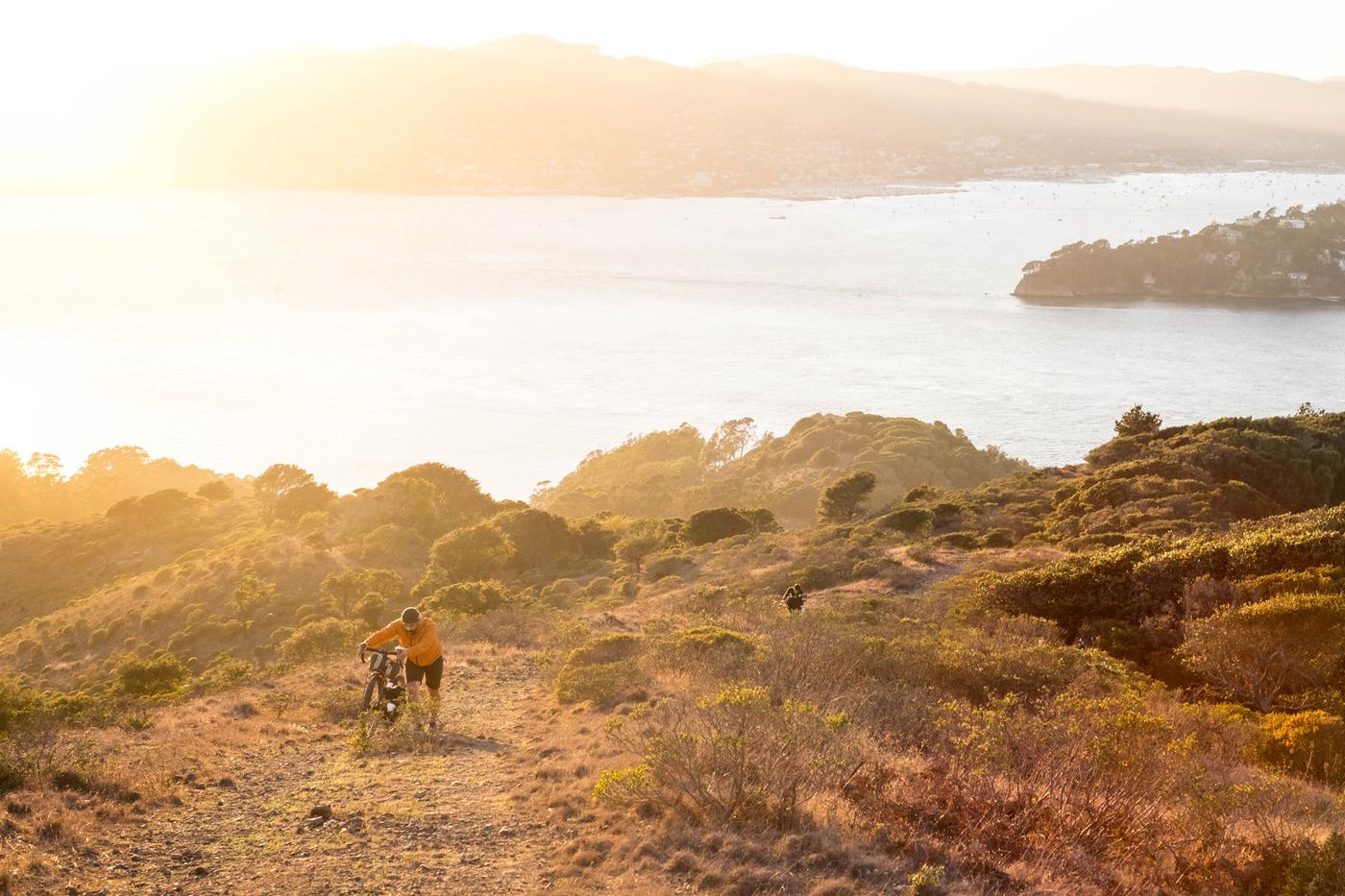 Like pretty much everything else in the Bay Area, The Fallen Angel Island has a rich and fascinating history reaching from Miwoks, Spanish explorers, world wars, immigrants and cold war paranoia with Nike missile sites, all super accessible from a bike perspective. We set camp and rumbled around the island for some hours, fine tuning our skills for the upcoming day’s examinations at The Skid University’s Master’s Program. A more than epic sunset ended the first day of our boyband like bromance weekend of sideways bicycle riding. 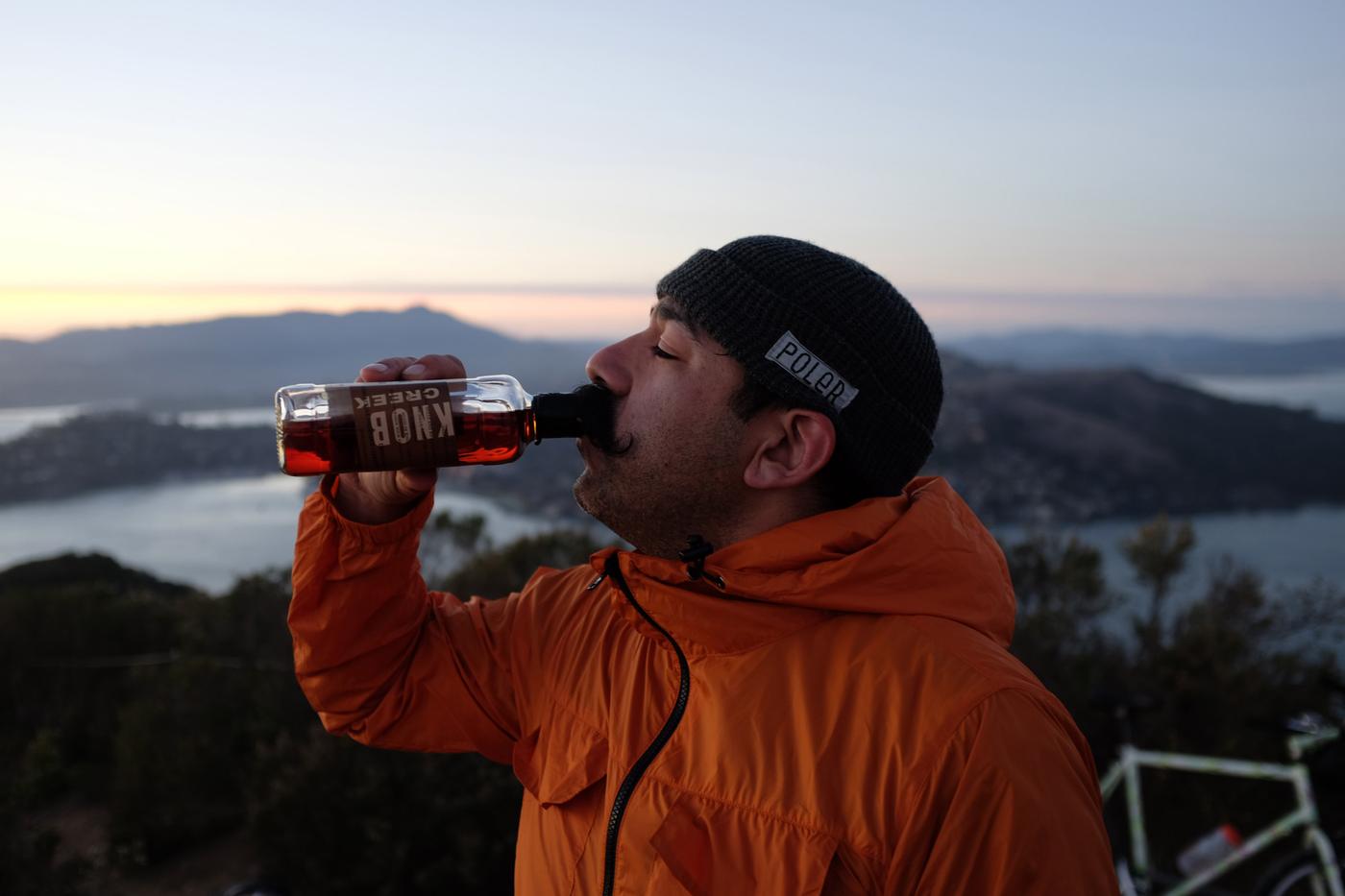 Shit got rowdy during the night, wet in all kidsa ways and our camp got flooded from rain but it nicely framed that feeling of waking up hungover in a tent knowing the day will be full of roaming around doing slow-motion skid captures and laughing with your friends. The Sunday speed got up to an impressive 56 skids / hr and we all got our diplomas in a ceremony with a bay view. Dylan got an honorable mention for his 900 ft + slalom skid down Mt Livermore. 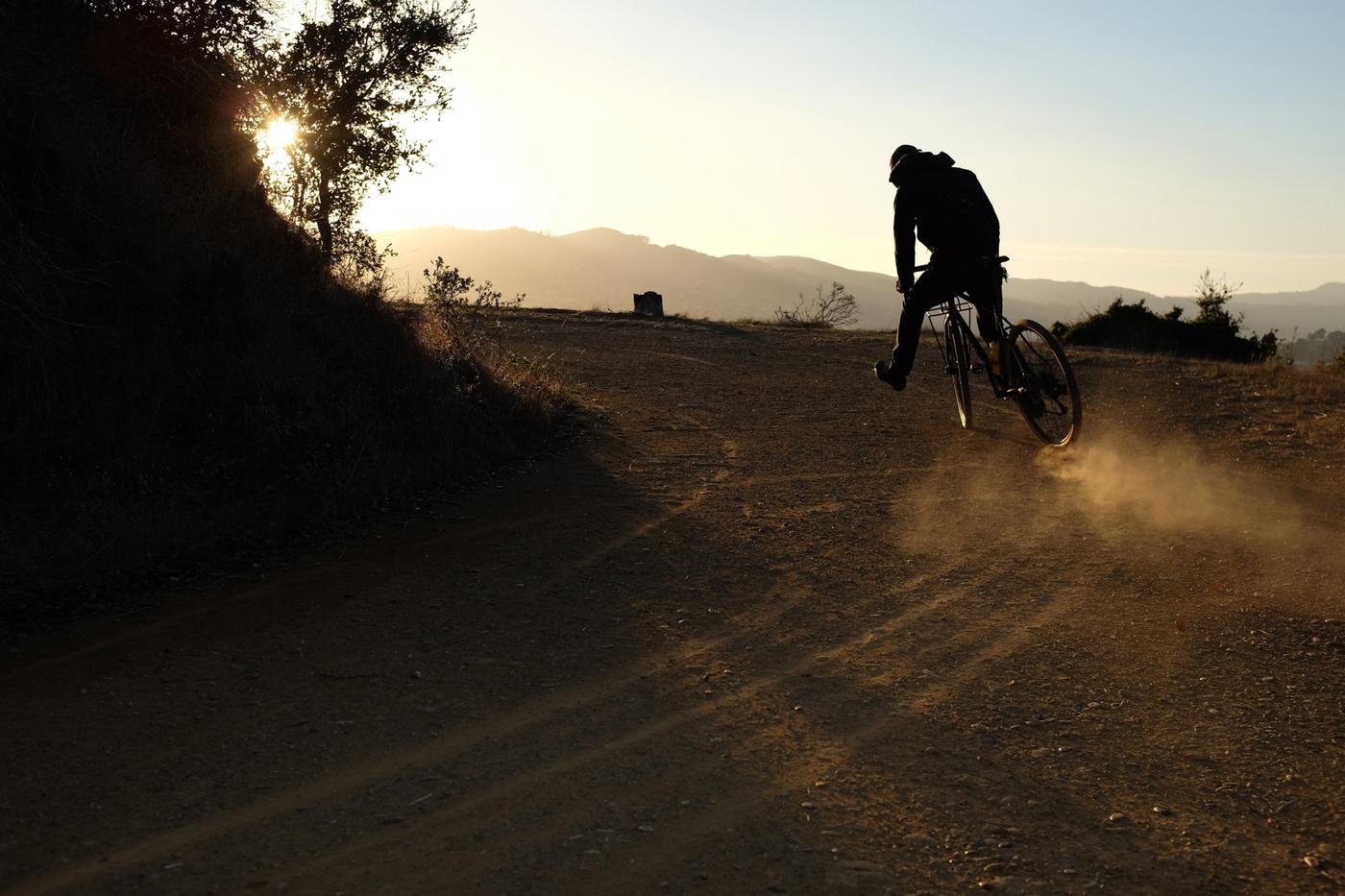 If it wasn’t for the inaccessibility of the accessible nature around the Bay, we would do this more often – probably most of the time.