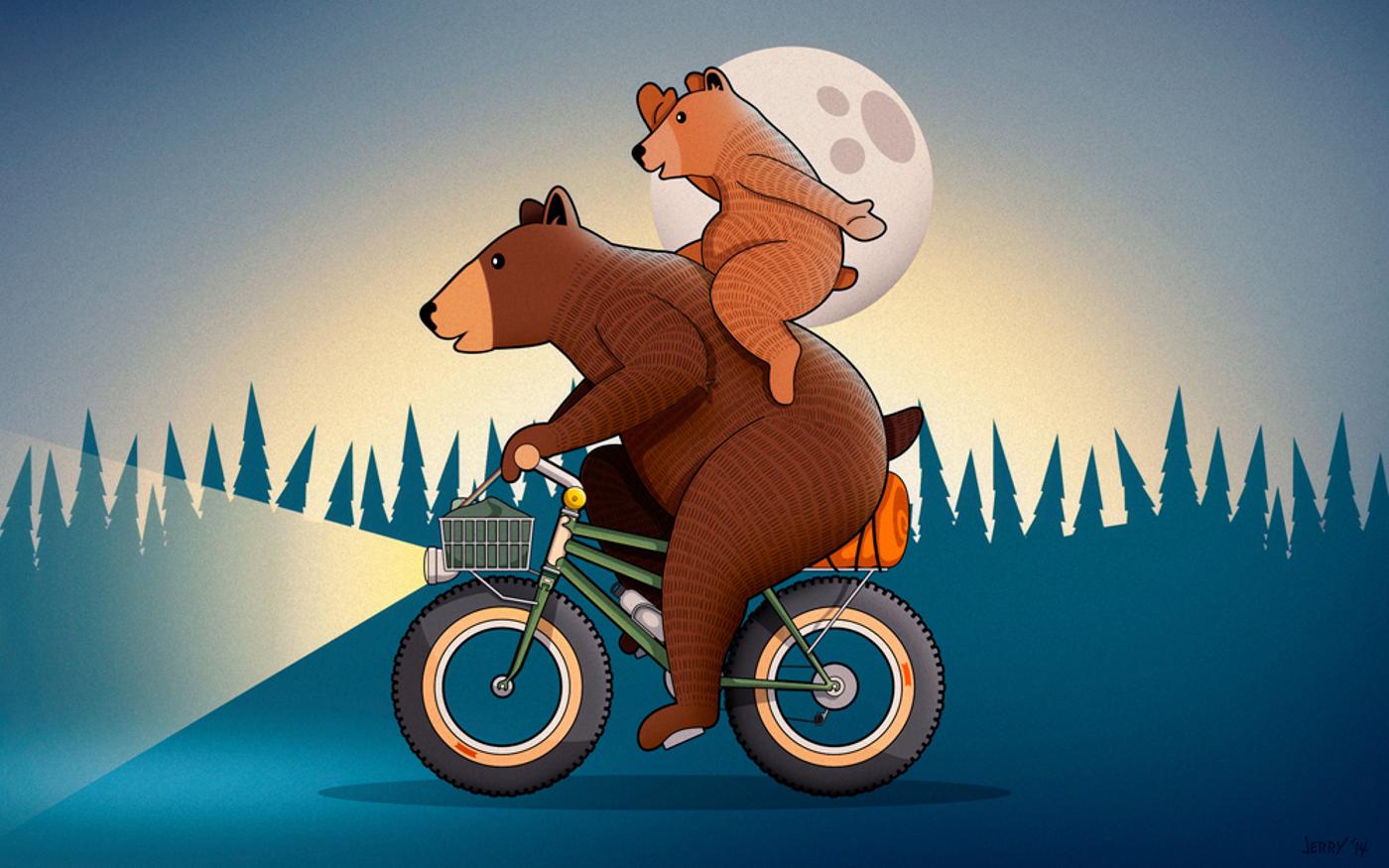 Last year, when John linked to Jerry Bowles’ Tumblr, I was taken by the Tour Bears series and began using one of his images as my phone background. The other day, I found myself flipping back through Jerry’s work, and sent him a message letting him know how much I liked his stuff – and he offered up a high-res desktop wallpaper to pass on to our readers here.

To download the high-res JPG, right click and save link as – Jerry Bowles – Tour Bears Desktop. As with the Radavist Calendar series, this image is for personal use only!

These days, Jerry’s more active on Instagram than Tumblr. Head on over and give him a follow!