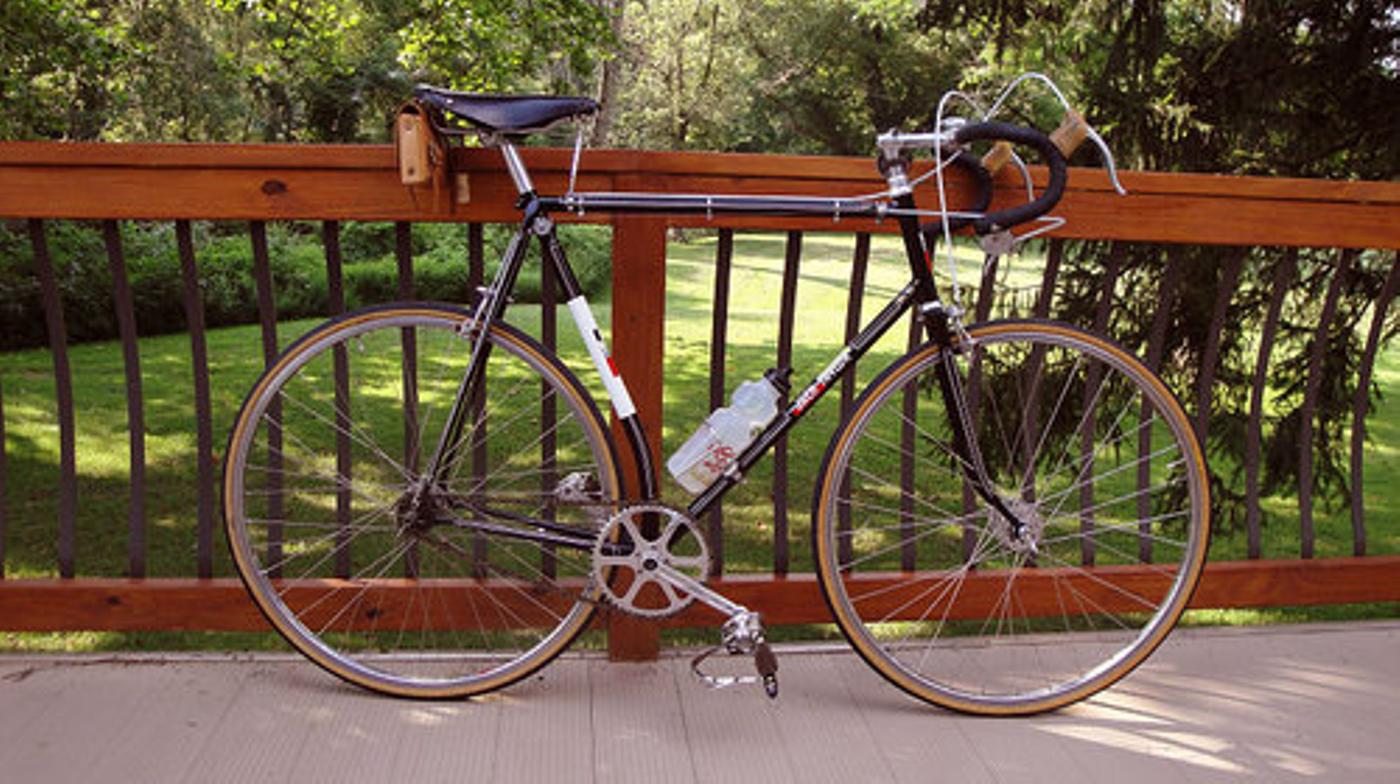 I feel like just about every other week I post about Jack Taylor bicycles. With Cirque du Cyclisme happening last weekend, it’s been a vintage bike overload on various forums and photo album sites. Back in 2002, Dan Artley picked up this 1979 Jack Taylor curved seat tube track bike. Unlike the modern Yamaguchis and KHS aero tracks, the Taylor’s seat tubes are generally slacker, making the lines of the bike read in an extremely elegant manner. There’s a wonderful write-up on the bike and Dan’s journey to model it after a 1950’s time trial over on CC Bicycle Gallery, I suggest you go read it!