I spent the last few weeks getting to know the Turner Czar and rode it just about everyday while in Austin post-Interbike. John had invited me to fly out on his private jet – the Jetavist. Our plan was just to chill and launch water balloons at Lance Armstrong’s house from his adjacent mansion (they’re neighbors you know). This was an opportunity that I couldn’t pass up, but when we tried to pay the pilot with “internet dollars” he declined, so we were forced to drive out in an old pickup truck instead.

David Turner has been building legit metal bikes in the USA for 20 years now. He and his wife both ride/race regularly. The fact that he has been both building and riding for so long and is actually conducting R&D on his own products is apparent in the ride quality. If you talk to anyone that owns a Turner, they will tell you how great the ride is. Now he is offering carbon models like the Czar to keep pace with the current trend of making featherweight xc bikes.

This bike was perfect for Austin, TX. The place is basically one giant rock! You don’t really “feel” the rear suspension until you need it, which is nice. That paired with the fact that this bike weighs in at less then most hardtails and has two bottle cage mounts (why are people still making xc bikes w/ one cage mount!!!) makes it a perfect bike for long days and mixed terrain combined. It goes over rough sections effortlessly, yet climbs with ease… especially in the chunky stuff.

I’m no rocket ship down the super steep technical stuff, so it was easy to become a fan of the slacker head tube that this bike offers. The 69.8 degree angle makes steep downhill sections feel noticeably more comfortable than a bike with a more aggressive set up. The Turner sizing on this model is also shorter then most other brands. The Czar I was riding was listed as a medium, but felt more like a small/medium (smedium). 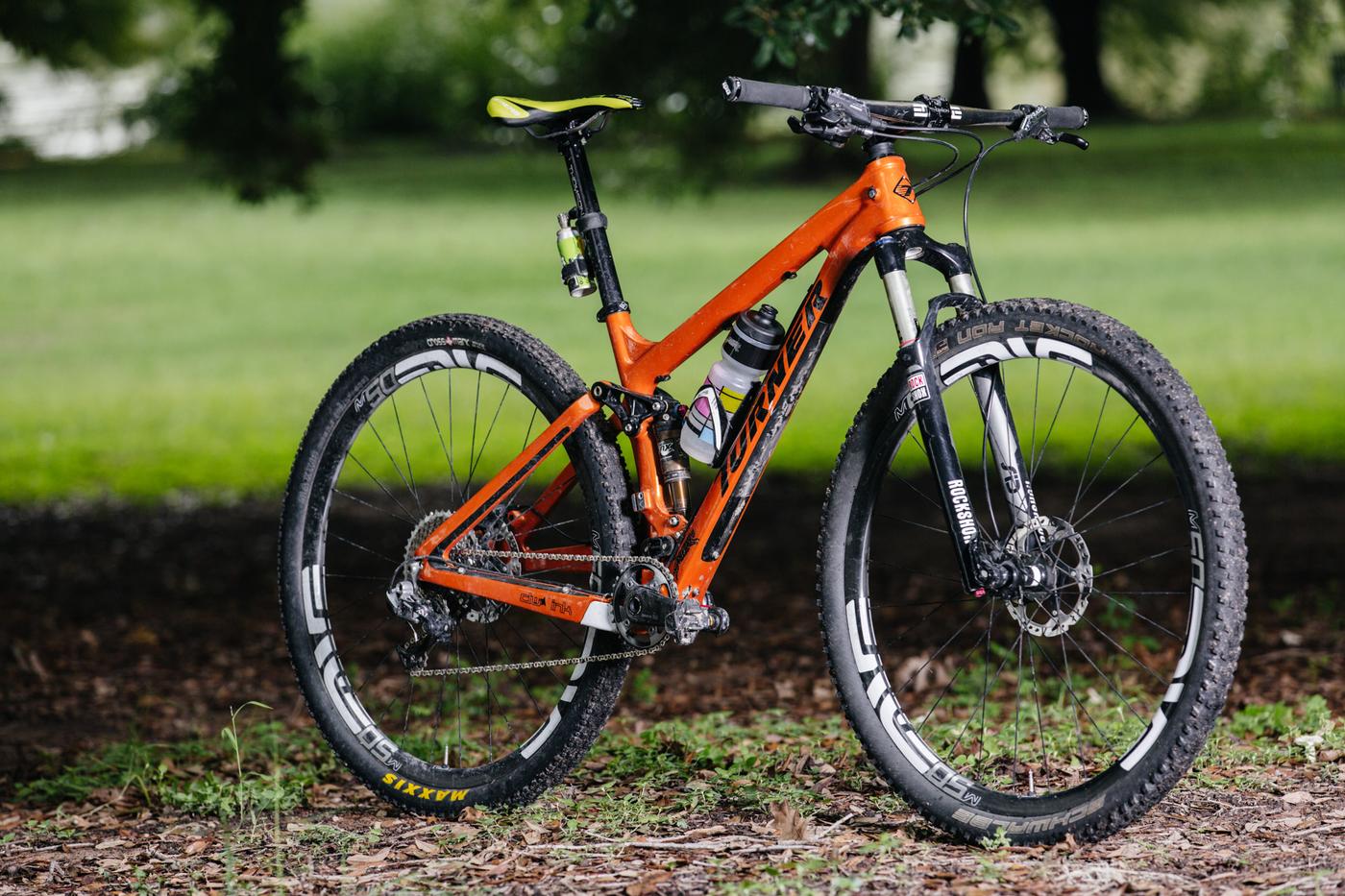 This made the bike feel more maneuverable and agile for quick or technical punchy climbs and switchbacks, but I did have to ride a 100mm stem. The demo I road had some skinny pizza cutter Schwalbe tires that would be better suited for a cross bike, but if you swapped those out for something a bit meatier and maybe even throw in a dropper post I think you could ride this bike just about anywhere.

For more information, including purchasing, build options and just plain browsing, head over to Turner Bikes.

*Photographer’s note: We haven’t had much sun at “golden hour” in Austin and it was raining when we shot these photos. That said, the photos don’t do this bike’s finish justice. It really looks great in the sun!
____