Stories. We all have to have stories to coincide with photos right? Nowadays, someone has to get lost, or their life threatened, or lose a battle to nature’s mood swings. Catastrophe, calamity and someone’s a casualty of what everyone seems to be dubbing “adventure.”

Truth is, a bike ride is hardly ever an “adventure.” Much less a bike launch. I don’t like that word: “adventure.” It tends to envelop so much of our day-to-day lives, especially those of us who spend a great deal of time outdoors. Was it an adventure? No, it was a hike. Or we went swimming. Or we got lost for an hour. “Adventure.” It’s been watered down, branded, packaged and delivered to us in a freeze-dried, waterproof pouch. We share our curated lives exposed through meticulously VSCO’d / Photoshopped vignettes on Instagram.

While this may seem cynical, I can assure you it’s far from that. It’s more of an explanation, or a primer if you will and here comes to the top coat: while the word adventure’s definition is subjective, the spirit of conquest is the thing that ties all facets of that word together. For some people, conquest lies in what others might deem an obtainable task. For others, it’s something so far-fetched that it’s more of an impossibility than a probability… Whatever it is, “adventure” means different things to different people, but we should all be more creative in how we define it. According to my opinion anyway. Enter the Tour Divide Race, an annual event that takes racers (and riders) from Banff, Canada to the US / Mexico boarder along the great dividing range. It’s no small task and embodies the spirit of personal conquest.

This year, 150 or so people registered for this true-to-form adventure. Events like the TDR have been growing in popularity. Whereas before most people 10 years ago were riding standard mountain bikes with maybe a few custom bags or a rack system, now there are dedicated “bikepacking” bikes with all the necessary accoutrement for this 2,700 some odd mile journey. 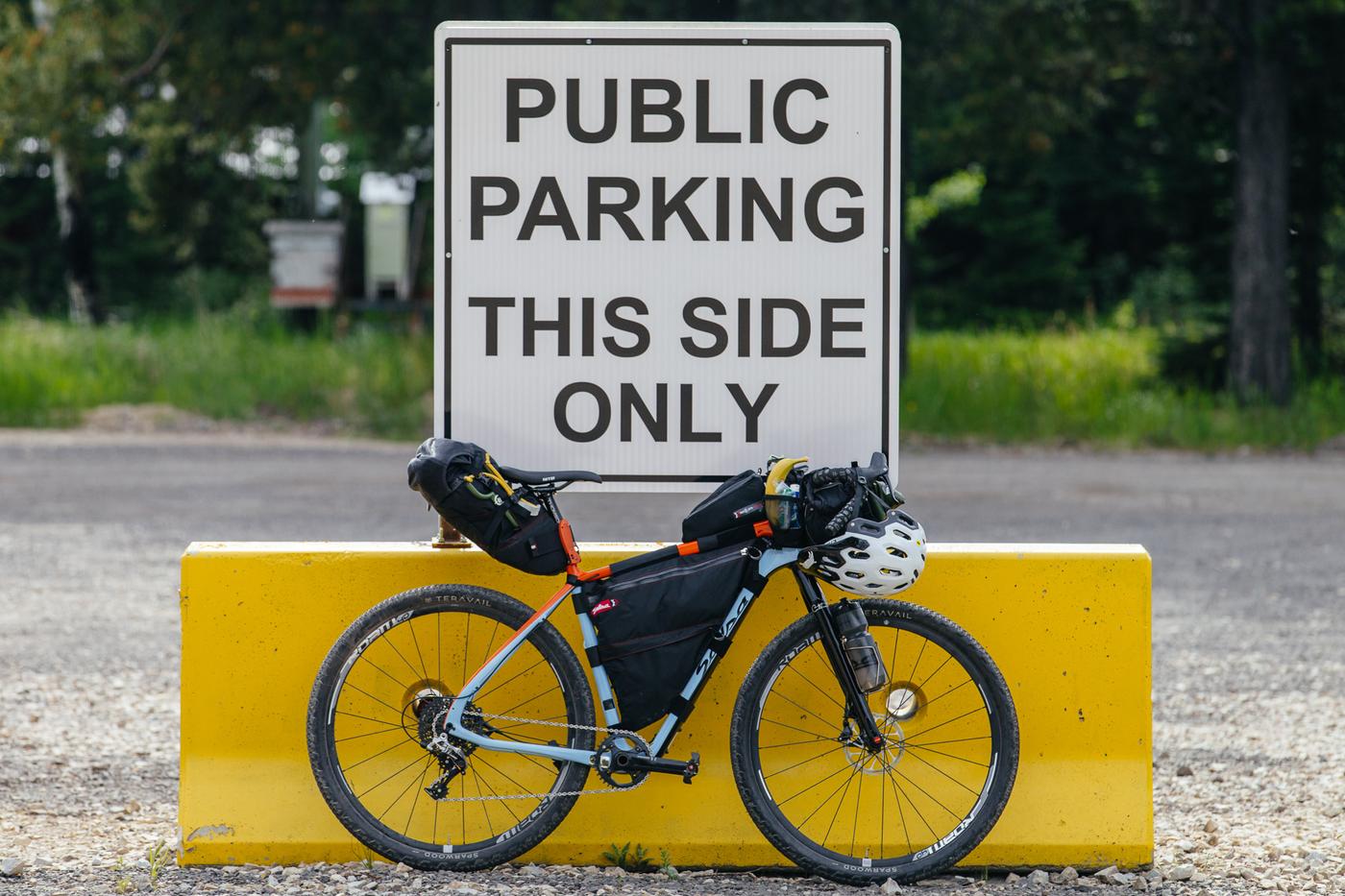 One such vehicle is the Salsa Cutthroat. A bike specificially for the TDR. It was designed for and with Salsa’s own rider, Jay Petervary (the current record holder) to race on. The Cutthroat is a unique bicycle and it required a unique “press launch.” This launch however couldn’t be opened to just any media source. The guys at Salsa strategically picked athletes (partially joking here) who would be able to deal with the TDR’s difficult terrain, all while hauling their own shit for a few days. That or, people who were just down to have some fun and take a sample swig from the bottle that is the TDR. 130 proof.

Myself, Chris Miller from Mountain Flyer and Aaron Gulley from Outside Magazine were chosen. Accompanying us were Sean and Joe from Salsa. We each were responsible for our own gear, food and whatever else we’d need for the trek. Granted we weren’t doing the full route, only three days, but we were still in for a challenge. There were no support vehicles, no nonsense. If you didn’t pack right, you were going to be wet and cold. I might add, these were three days of some of the more challenging bits of the TDR. The trip from Canada to Montana ain’t a walk in the park. Weather fluctuations, bears, cougars, exposure, water, food, everything needed to be addressed and assessed before departure. Bear spray, sunblock, bug spray, rain paints… the list went on and on.

We began just south of Crowsnest Pass in Alberta and finished around Demers Ridge in Montana. Three days at touring pace with a touring kit. While we were still pretty lightweight in terms of gear, I hauled a 25lb camera bag, coffee, a stove and other things people racing the TDR would consider luxury items, or in other words: things that will slow ya down. But as stated, this wasn’t our time for true adventure, it was merely a taste. A sample, or as we came to joke, the “Tour Divide Simulation.”

At the end, all I wanted was more and currently, I’m planning on taking on the full route next year. Something bit me on this ride. No, not a deer tick. It was that ever-present need to push myself and what I believe is the true spirit of growth. Some would say “adventure” and I would just say personal conquest.

Many thanks to Salsa for setting the hook with the Cutthroat. There’s more to come with that tomorrow including what I took, how I carried it and what I thought about the bike.