The NEW Wicked Fat Chance Enduro is One Rowdy Hardtail

With the rebirth of the Fat Chance brand, the success of the Yo Eddy’s Kickstarter reviving the brand, the team has worked on modernizing the vintage catalog. With the Yo Eddy 2.2, Chris and his team updated the hardtail model with clearances for plus tires, a new dropout design, and boost spacing. But what about people who want a rowdier stance in a bike? Well, for them, Chris and his team designed what they’re calling the Wicked Fat Chance Enduro, a bike that sports an aggressive geometry, designed to go downhill. This prototype sports a longer top tube, a 65º head angle, a boost rear spacing, internal dropper routing, and an even lower top tube, thanks to the braced seat tube cluster. The team at Fat Chance said this bike was designed for a 27.5″ tire, yet another version is on the way that will fit the popular 27.5+/29″ platform. 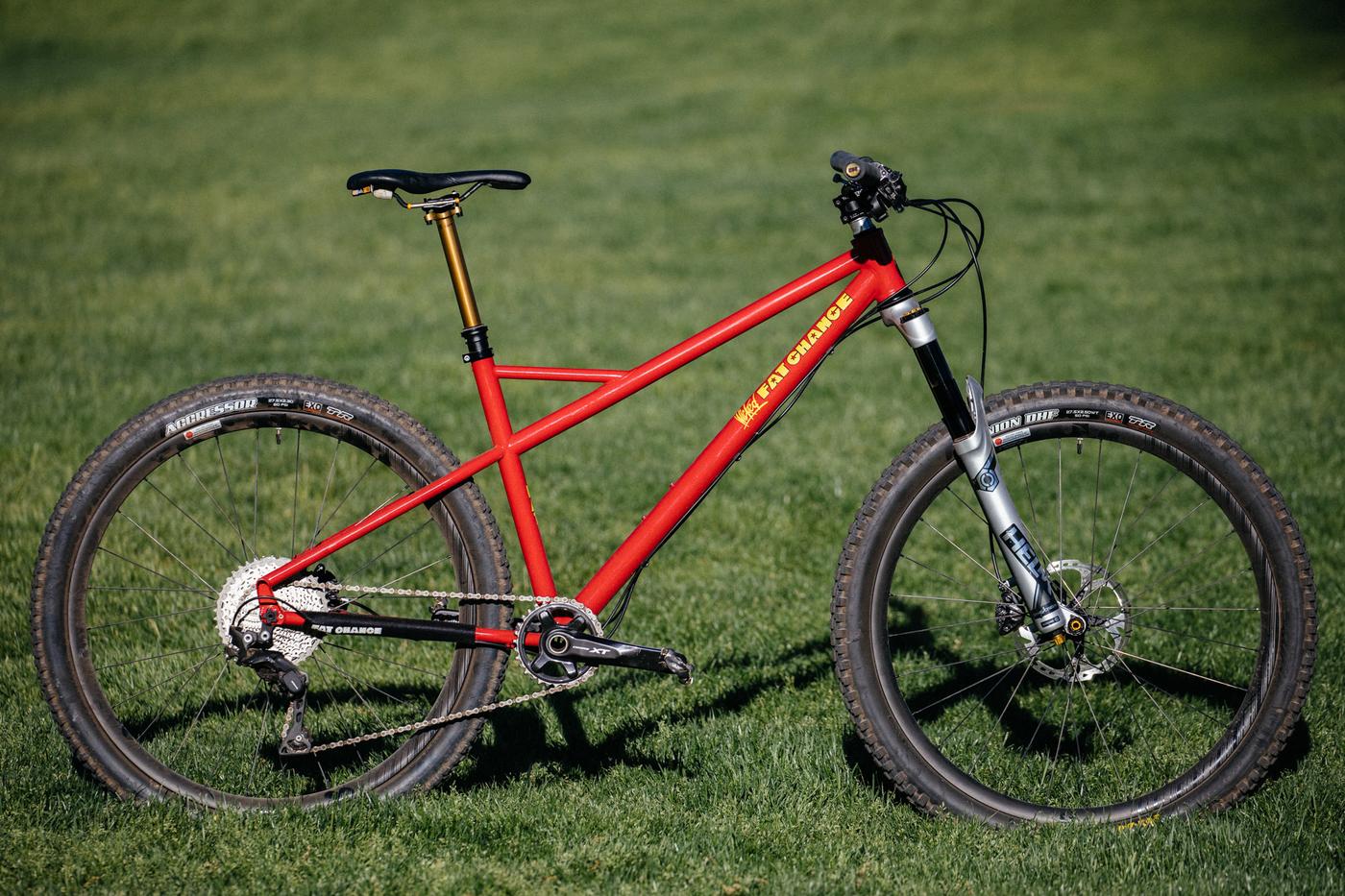 Head to Fat Chance now to place a pre-order for this frame, which is priced at $1,799 in the Yo Eddy colorways.