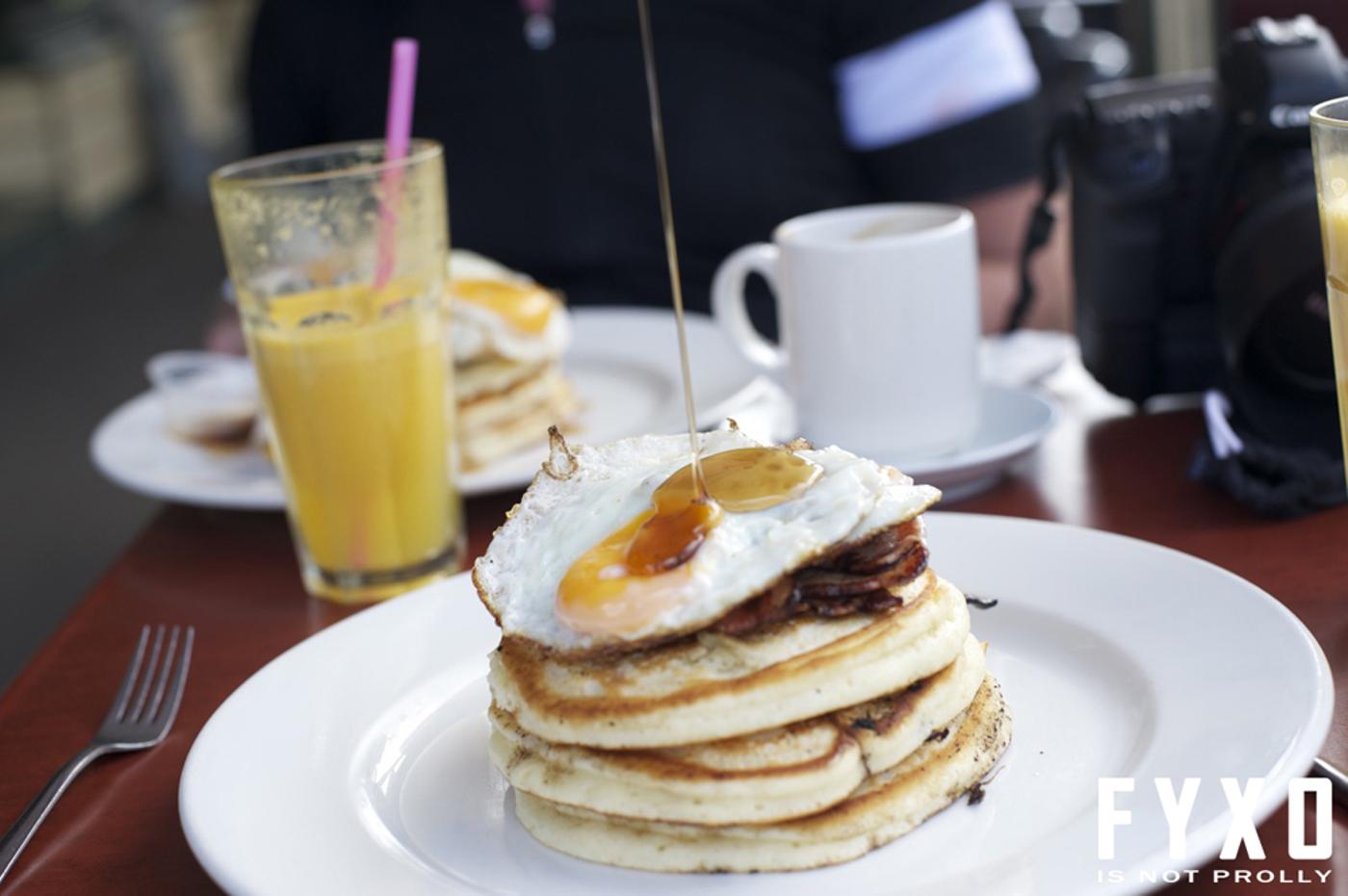 He was right. The ascent came out of nowhere. But at least it was sealed. I’d soon learn to love sealed road. Sure, it’s easy to get caught up in the “epicness” of gravel but the roads here weren’t for Suburus or Hondas. These were ATV-only. We climbed up  Reefton and to Cambraville for a rest in the shade. The whole time, I couldn’t sit. I don’t like to sit when I ride. I’ll stand, eat, drink, piss and crack jokes, all while taking photos but sitting just reminds me of sleeping and I can’t bring myself to do it. So I sat for five minutes with DAndy…

Here’s where the suck began. Unfiltered, organic suck. When Andy opted out of the normal Woods Point route, he threw in a fire trail that bridged the Jamieson-Eildon rd. As soon as we hit the gravel, Andy was descending like a bat out of hell, or into hell rather. Dan was close behind and I pulled up the rear, watching their lines and ensuring that I didn’t go off a cliff. Within a few miles, I flatted. Then Andy flatted. Then I flatted and then Andy flatted. Fucking bugga’. I brought three tubes, Andy brought 2 and Dan brought maybe 1.

Dan is smart. He showed up with a 7kg bike and 38c expedition tires. His tires weighed more than his wheels. Andy was on stock Bontrager 35c tires and I thought, for some reason, that 32c Vittoria cross tires would be ok. Pfffft…. The tubes kept popping. I learned that the yellow gravel was perfect for bombing, the orange sand was a little grittier and the red clay was where hell laid. These weren’t pebbles, they were large, sharp rocks, hidden under dead leaves and plant matter. Like little land mines waiting to ruin your day. Snakebites continued.

Around this time, we had all exhausted our water supplies and food was scarce. I learned on my last tour to not drink from dodgy water sources, or so I thought. “Hey Prolly, there’s a stream, fill yer bidons there mate”. Feeling dehydration coming on, I jumped into the creek and had at it. People will say that you should carry a filter with you, or tablets. Truth be told, the tablets have just as much of a chance at upsetting your stomach as the river water does and I was sure the mountain streams would be the closest thing to potable water. 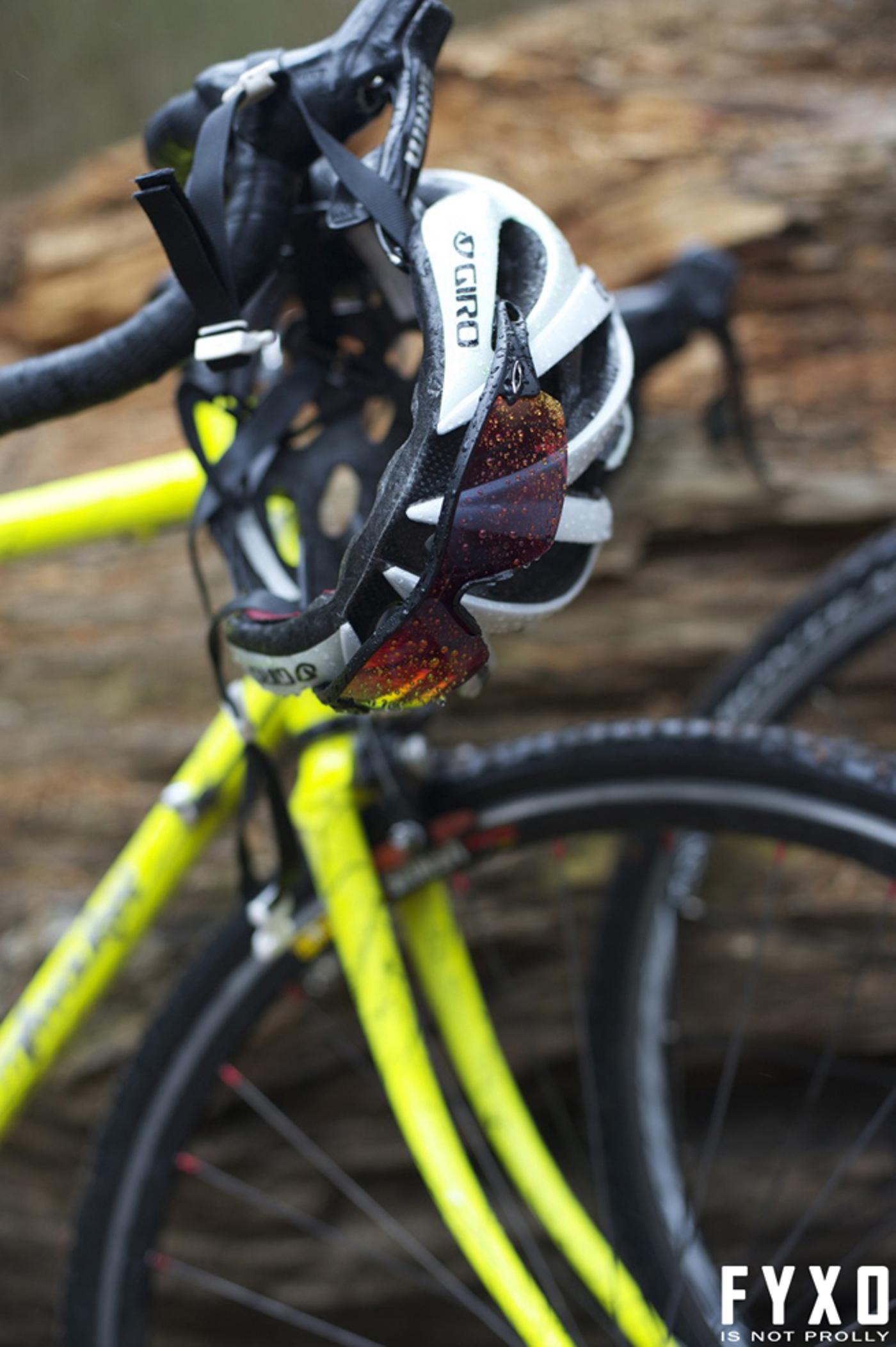 Out of hell, came heaven. Finally, the Eildon-Jamieson road returned. Miles upon miles of sealed goodness awaited. I have never been so excited to pull it into the big ring and fly off the back of the saddle. My cheeks hurt from smiling so hard. The rain began and soon, the descent sent ripples of goose bumps over my legs as we peeled off through the ranges. Soon enough, we were at the bottom, where another river awaited our emptied bottles. So what did I do? Like an idiot, I filled up again. 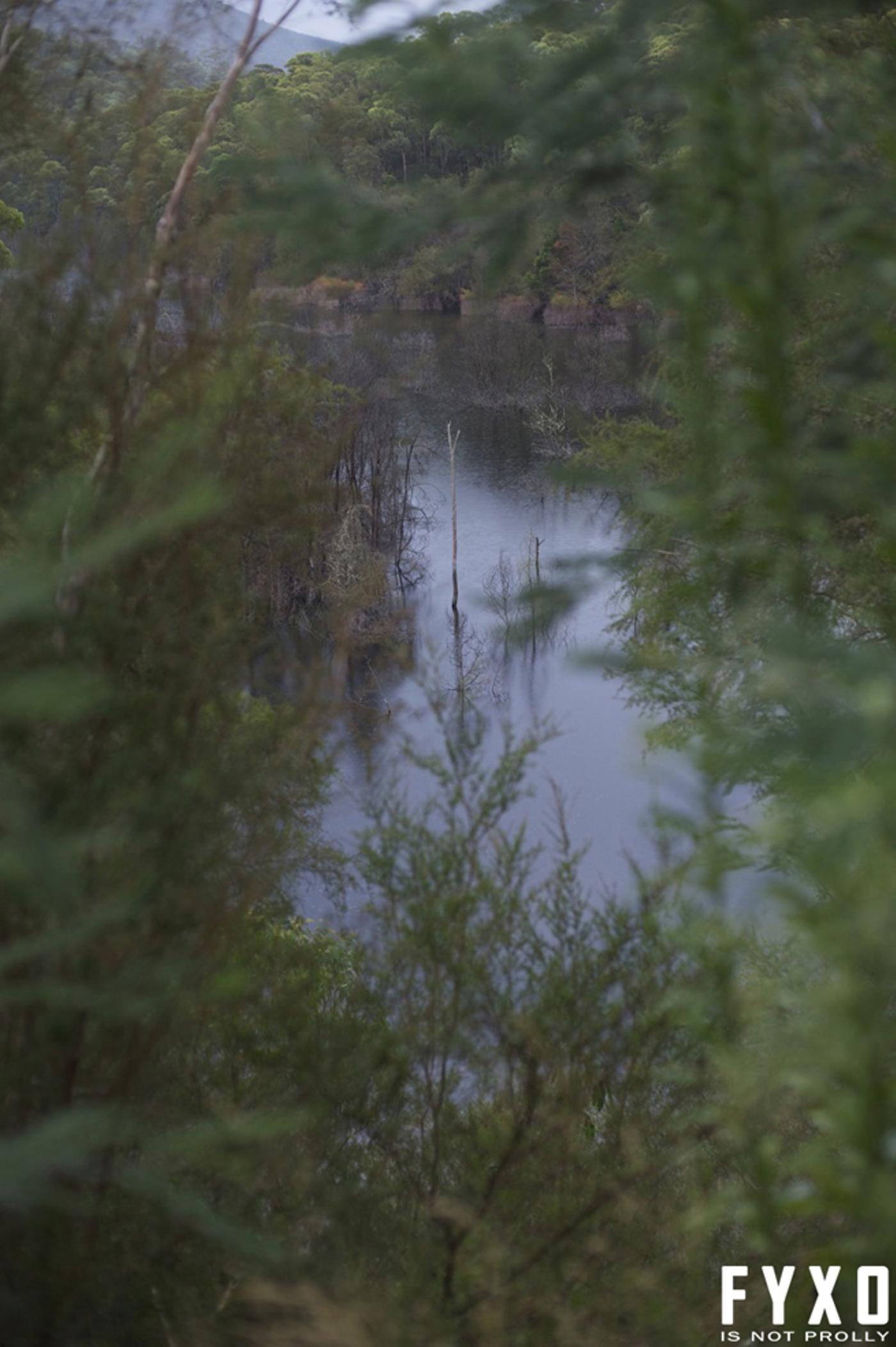 This is that point in a ride where you think “oh, we’re staying on a river, the climbing must be finished”. Nope. From there, we climbed up to Bald Hill Gap. This climb didn’t seem too bad and it really wasn’t, at least it was sealed. Dan and Andy took off, out of their saddles up the range. Meanwhile, I just took my time, soaking in the beautiful countryside, stopping just long enough to swig water and avoid the massive flies. 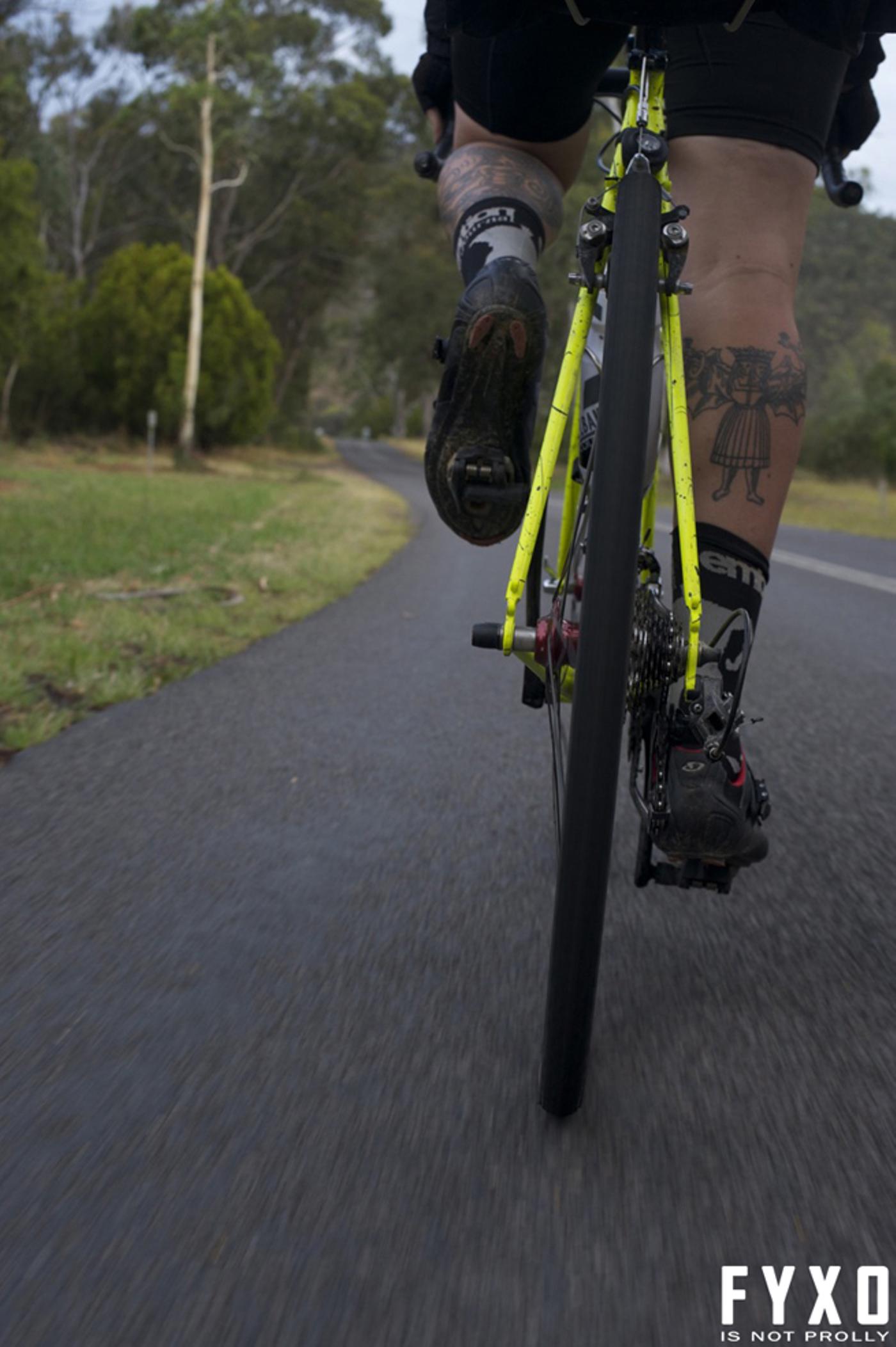 We made it up and down Bald Hill Gap and rolled into Jamieson, a paradise that would house us for the night. 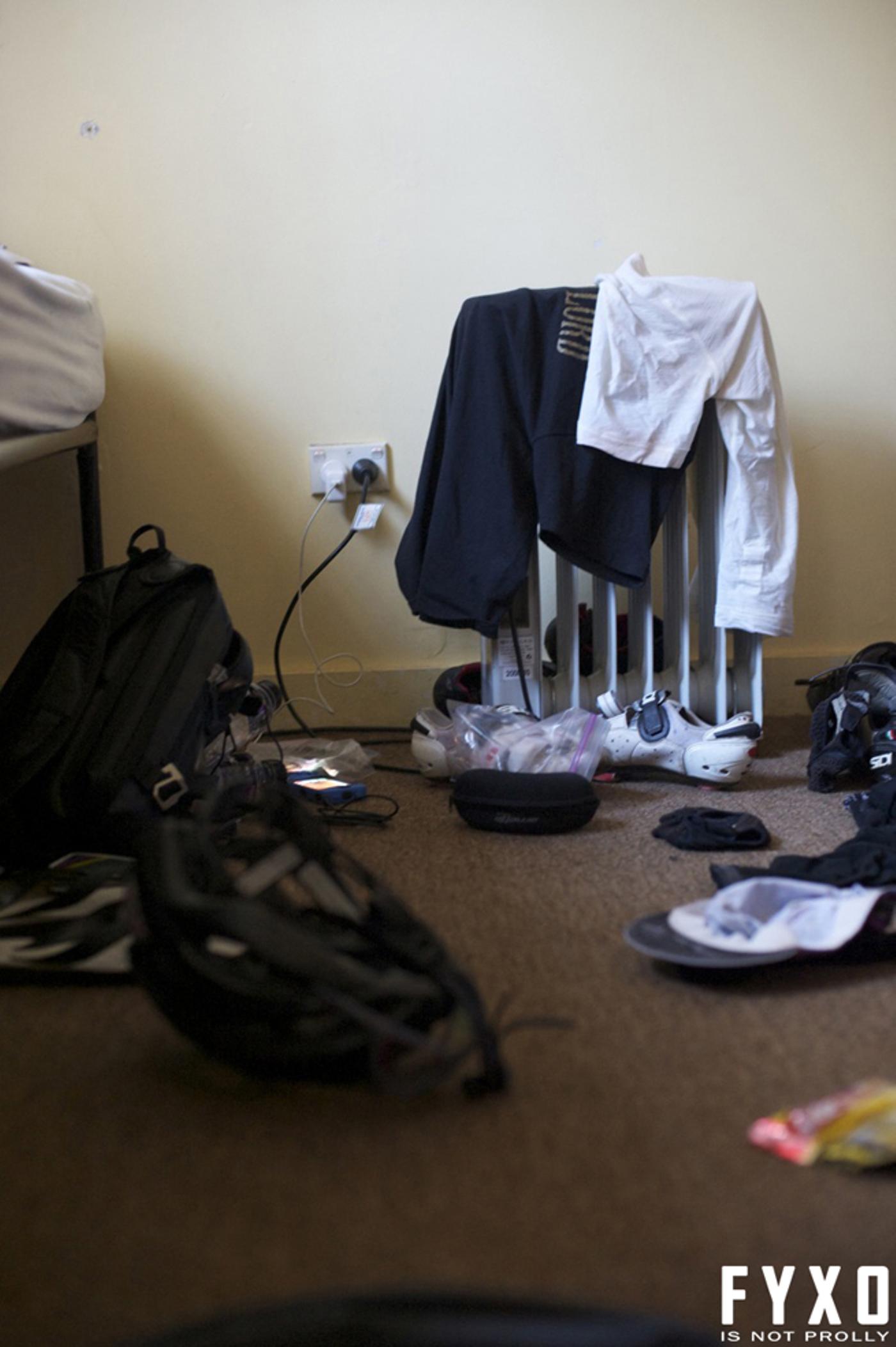 In Australia, a lot of the pubs in the countryside have hotel rooms. You can make a reservation and simply “crash”. Which is what we did, after we ate and downed a few beers and played a round of pool. We knew a good night’s rest was due, for tomorrow, we had an even bigger day ahead of us.

Here’s the break-down from Day 01.

My GPS wasn’t connecting to the satellites this day, so I got left with a mapless ride.