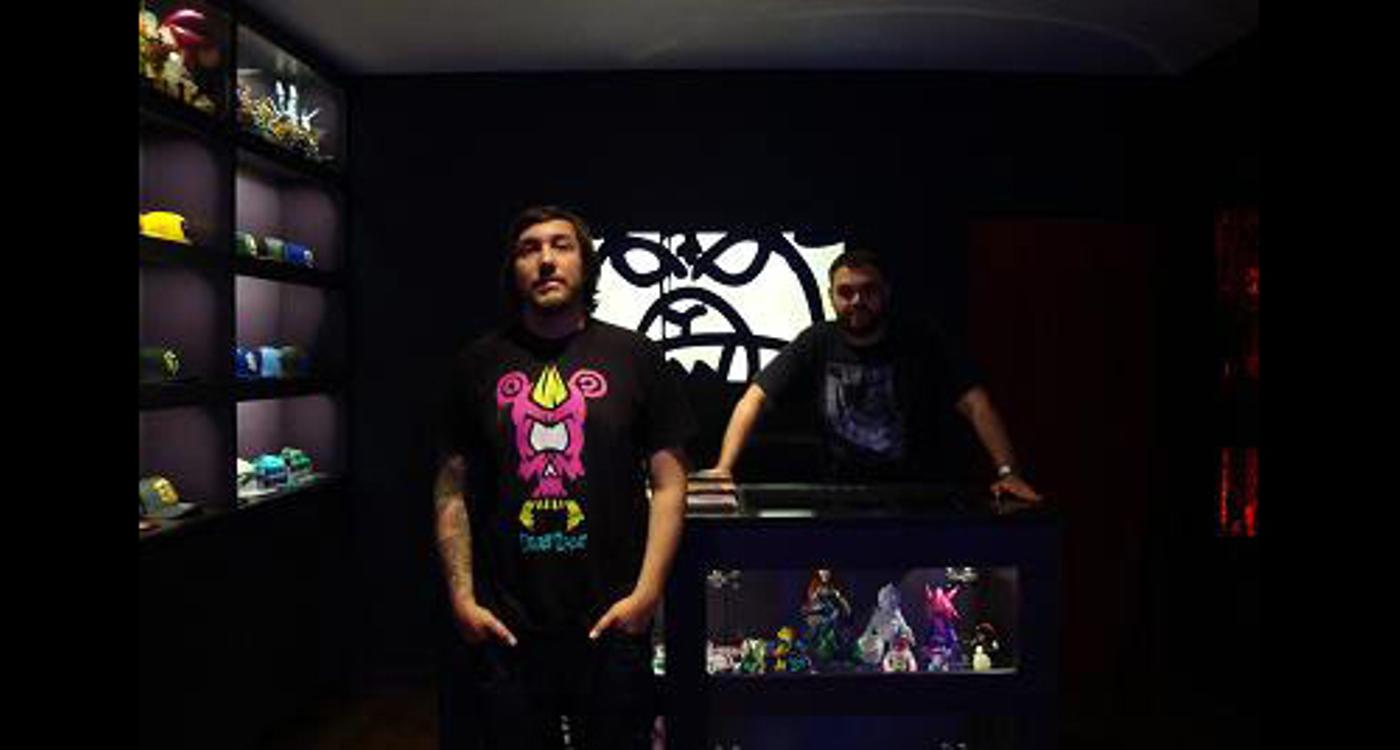 Big ups guys! Mike and Greg from Mishka were interviewed on Fangoria recently. What’s Fangoria? CLICK THE LINK to find out! It’s a really great interview on the background of the brand. Peep into their demented minds!

“MISHKA started shortly after Greg stayed over Mikhail’s house in Brooklyn. Greg had just got back from Europe and had purchased a very obscure Black Metal record from a band called Sacrifyx. A band who, it is rumored, died in a plane crash the night after recording their Black Metal opus. The rumor also claimed they buried a powerful prayer to Satan on the record. So of course the boys decided to play the record backwards. Soon after, a gateway opened up in Mikhail’s bedroom. What happened after that not to many people are certain, but soon after MISHKA was born!”