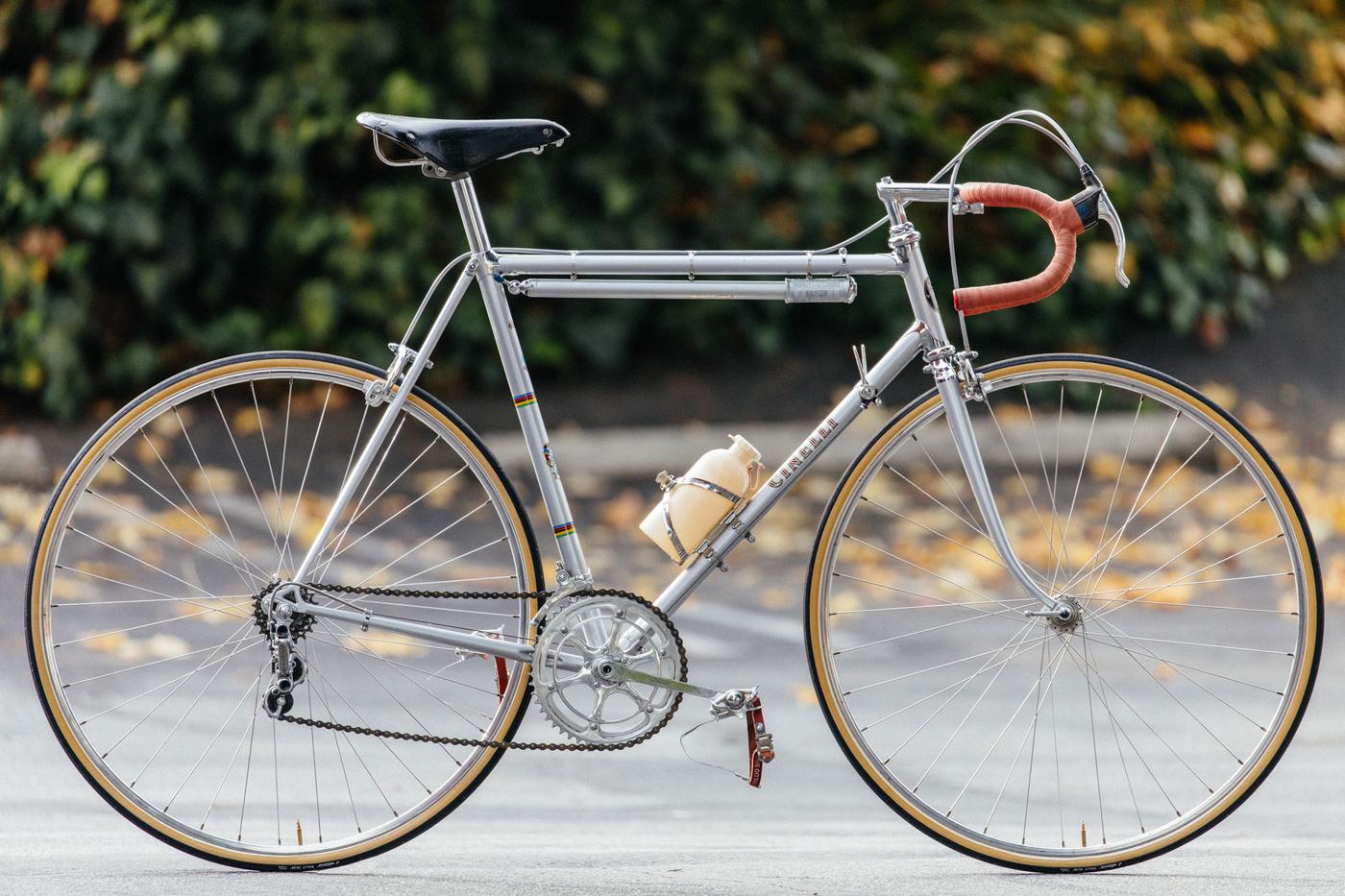 I can’t think of a more iconic Cinelli frame. The Super Corsa is their longest running model and while the modern iterations might be built with 11 or 12-speed road groups, the frames from the 60’s just look so good. This one, in particular, is from 1960, the year of the Rome Olympics, where Italian cycling manufacturers showed off their new components, including Cinelli’s first aluminum stems on the pursuit team track bikes. Those stems wouldn’t be available for at least a year later but Cinelli made sure to get them out there, under the eyes of the public as a teaser for what’s to come. Could you imagine a company doing that these days? Sure, spy shots leak all the time, but to use the Olympics as a launching pad for new technologies, knowing the public wouldn’t be able to buy it for a year or more. 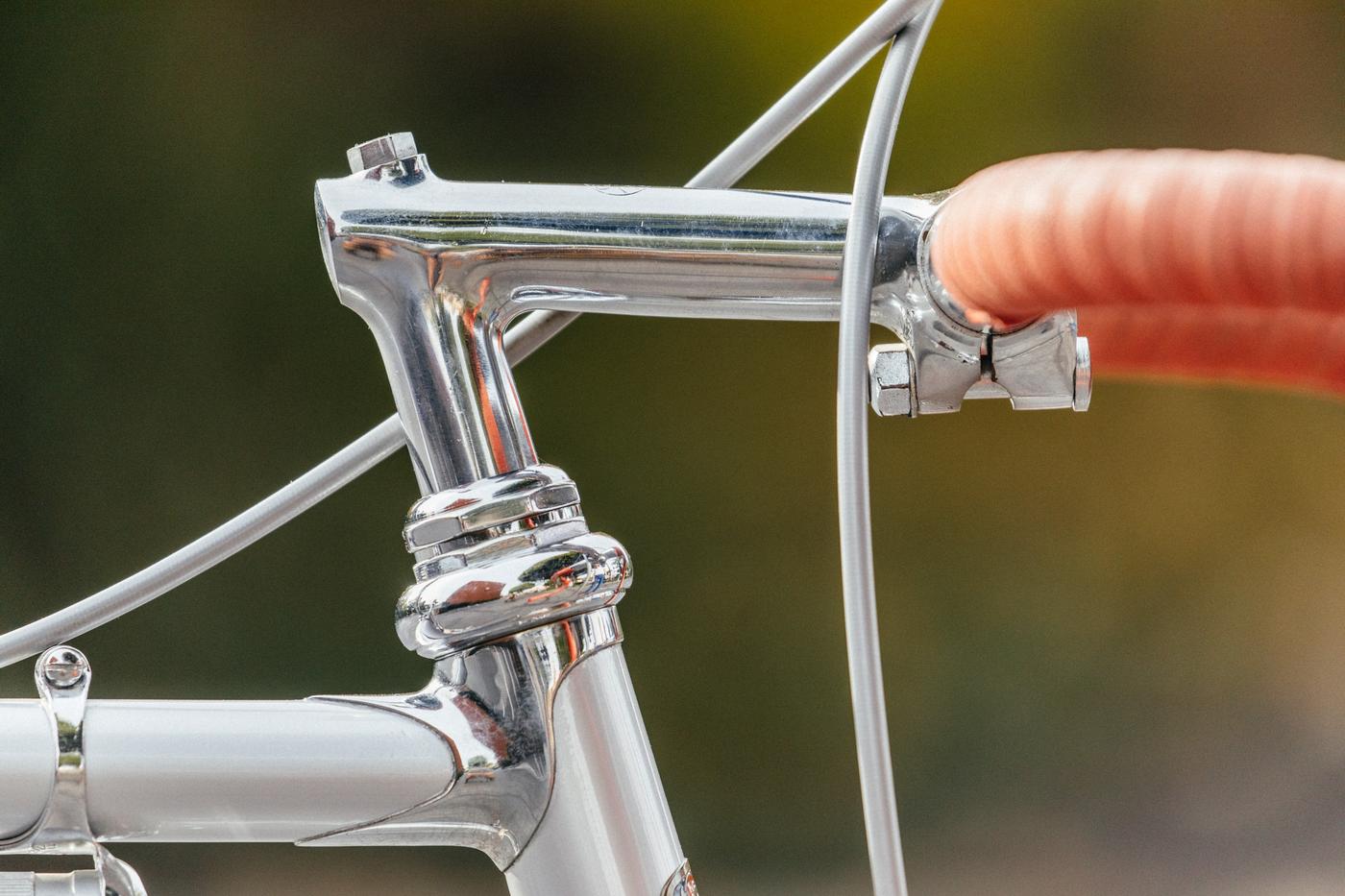 At any rate, Chuck has long loved the Super Corsas but never had any luck finding one in his size. Then one day he came across a frame but it had been crumbled in a bike rack accident where the previous owner backed it into a pole while it was on the back of his car. Bummer! Luckily for Chuck, it was his size and he knew it was repairable. He pinged Brian Baylis to restore the tubes, sweating out the lugs and putting new steel into the frame. He then had it painted with silver automotive metal flake. Not that sparkly hotrod stuff either, he used real Italian auto paint which gives the bike a beautiful glow. He built it period correct with those ultra rare Cinelli Bivalent hubs. If you want to geek out on vintage tech, here’s a great post showcasing them. 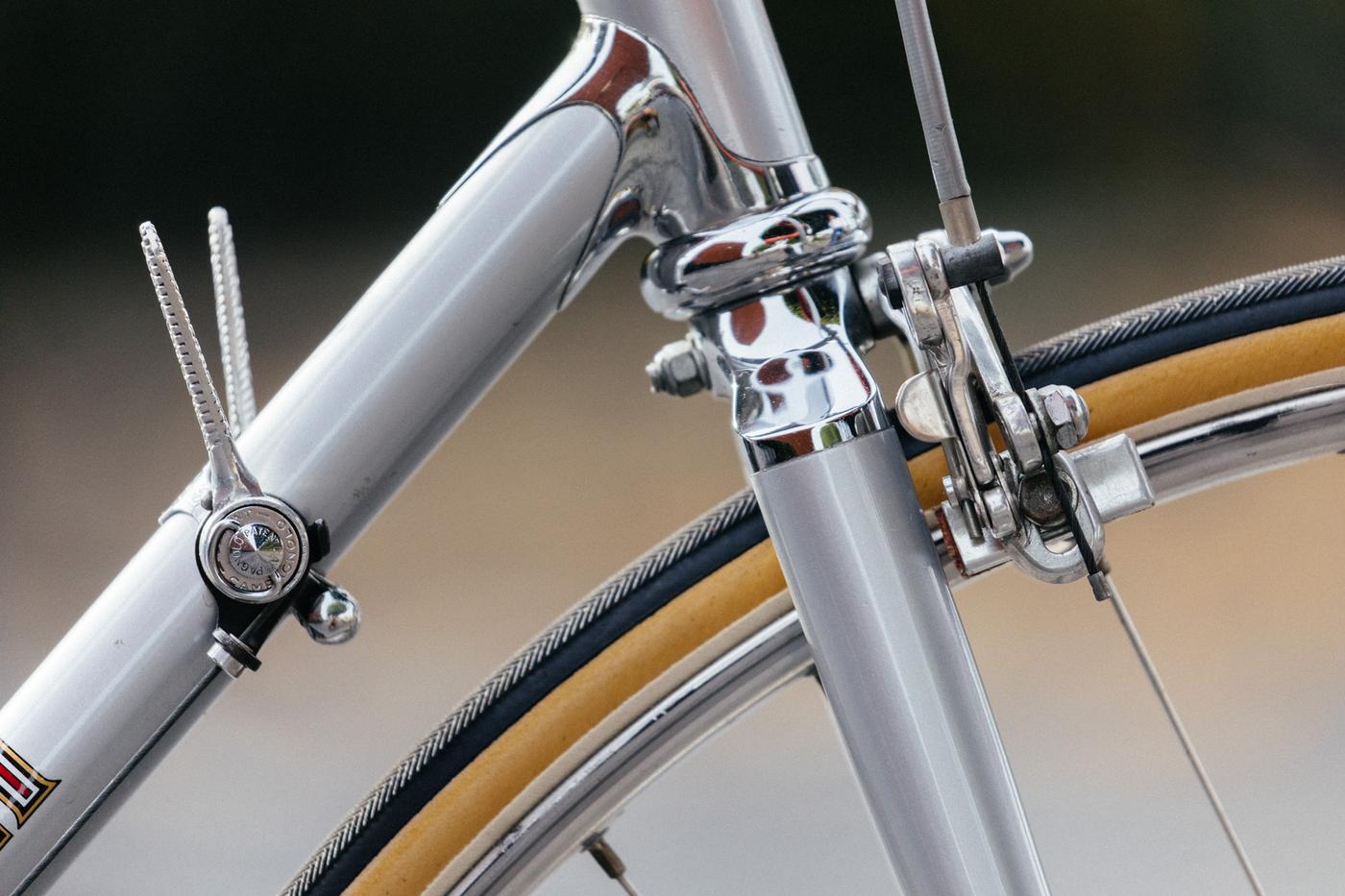 Chuck has had this bike for 25 years and while it looks brand new, yes he rides it, although he joked with me about it being one of the heaviest bikes he owns with its steel stem, bars, and cranks. Sure, it may be heavy, but it’s very light on the eyes…