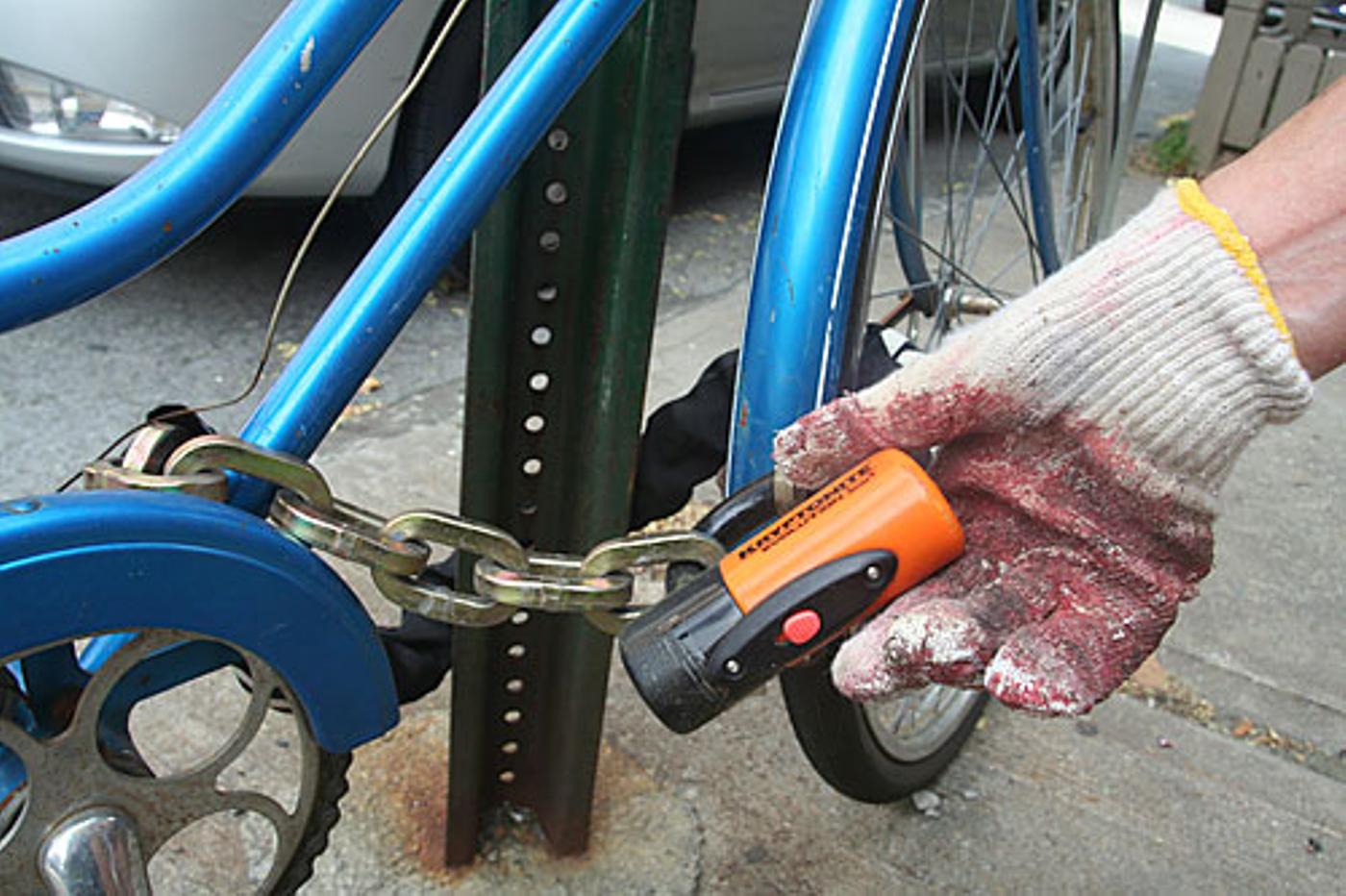 Now, since reading this, I’ve been indifferent about posting it, not wanting to give this asshole any more attention than he deserves. But then I got to thinking and I figured you guys would want the heads up. So the story goes, some neighborhood guy (the kind that would probably go on and on about 9-11 and freedom) got fed up with bikes littering the sidewalks of Williamsburg (and yet condo scaffolding and cars are ok) so he started to Krazy glue the locks of said bikes shut. To top it off, the Brooklyn Paper is concealing his identity because they’re a bunch of assholes.

What urks me the most about the situation is this guy should be talking to the community board and his elected officials to solve the ‘problem’ of people riding more and driving less. Instead he takes it into his hands and commits a misdemeanor. Multiple times. If this were some dude Krazy gluing car doors closed, or small businesses’ doors shut, there’d be hell to pay but since it’s ‘ironic’ to people who don’t live in Williamsburg, they can act like fucking cowards and keep his identity safe.