Over the past few years, the mountain bike industry has been gradually dialing up the pricepoints on their carbon full suspension offerings. It’s relatively easy to walk into a shop and see complete rigs toppling the $5k mark with an XT kit, or $10k with XX1 and ENVE. That or coming in a hair shy.

For what it’s worth, the technology you’re given at the high end is a lot more merited than the high end road market. Or at least in my opinion. In short: you get a bigger bang for your buck dropping $5k on a MTB than you do on a road bike (custom market excluded). There are more moving parts, more technology and both help achieve the ultimate squish.

XT, XTR, XX1 are all worthy groups for a rig like the Yeti SB95c. Topped off with your choice of Rock Shox or Fox forks and shocks, you could come pretty damn close to the ever-elusive perfect ride.

Recently, I was loaned a top of the line Yeti SB95c 29’r to rip through some local trails here in Melbourne, thanks to My Mountain. While the terrain wasn’t as nearly as gnarly as my last outing in the Alps, they proved to be ideal testing grounds.

Now, what on Earth would I have to say about this bike? Keep in mind, this was one of many high-end 29’r I’ve gotten to put a few hours on in the past year… Giving me a bit of perspective as I shop for one of my own full sus rigs.

Check out my full review below and more photos in the Gallery! 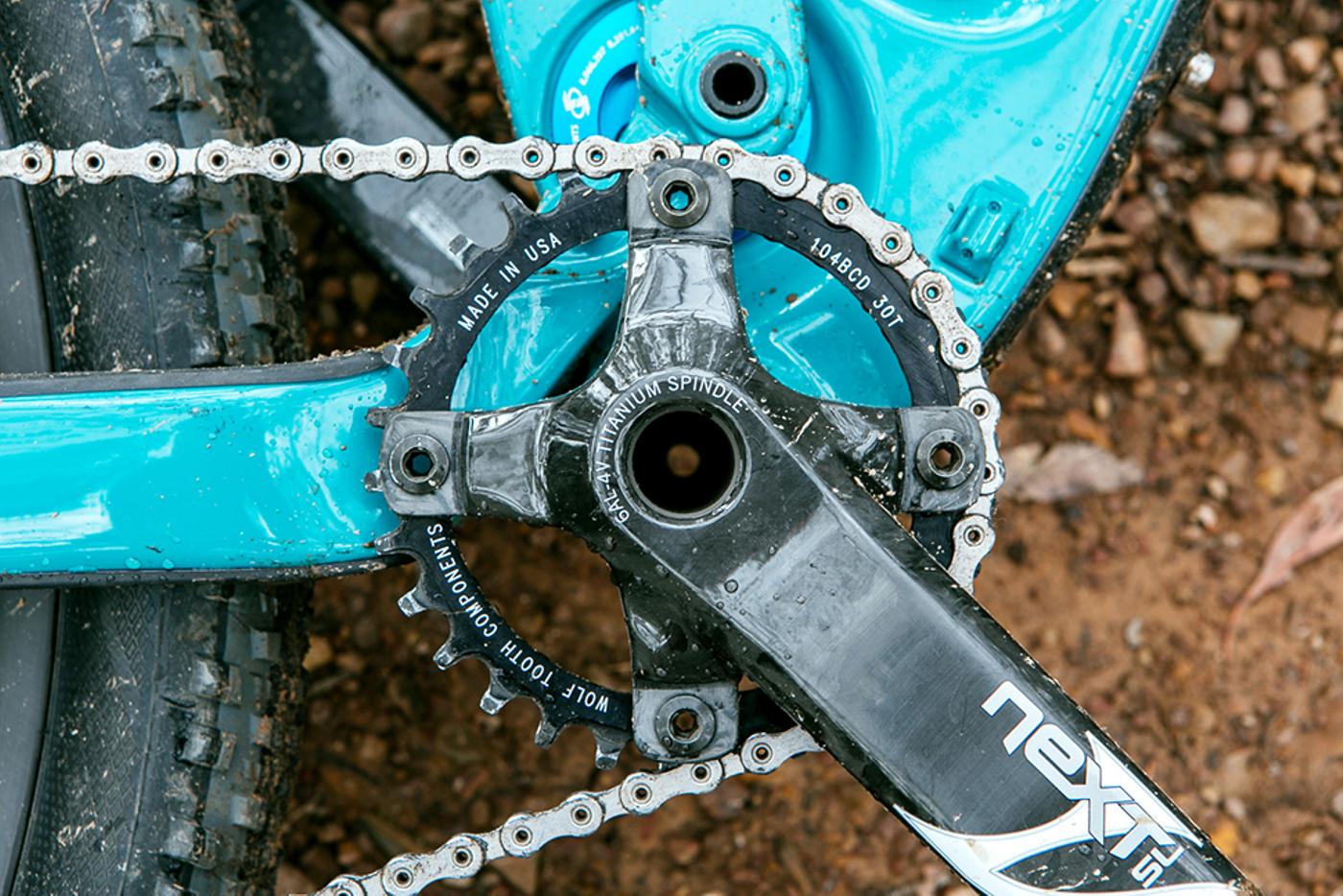 Without a doubt, the Yeti SB95c is a sick ride. With the addition of the Wolf Tooth front ring on the XTR drivetrain, it’s lighting fast to shift when that sudden steep ravine sneaks up around the corner. The adjustment of the Rock Shox fork and Fox rear shock were the perfect pairing. Essentially: it’s a no-brainer trail ripper. 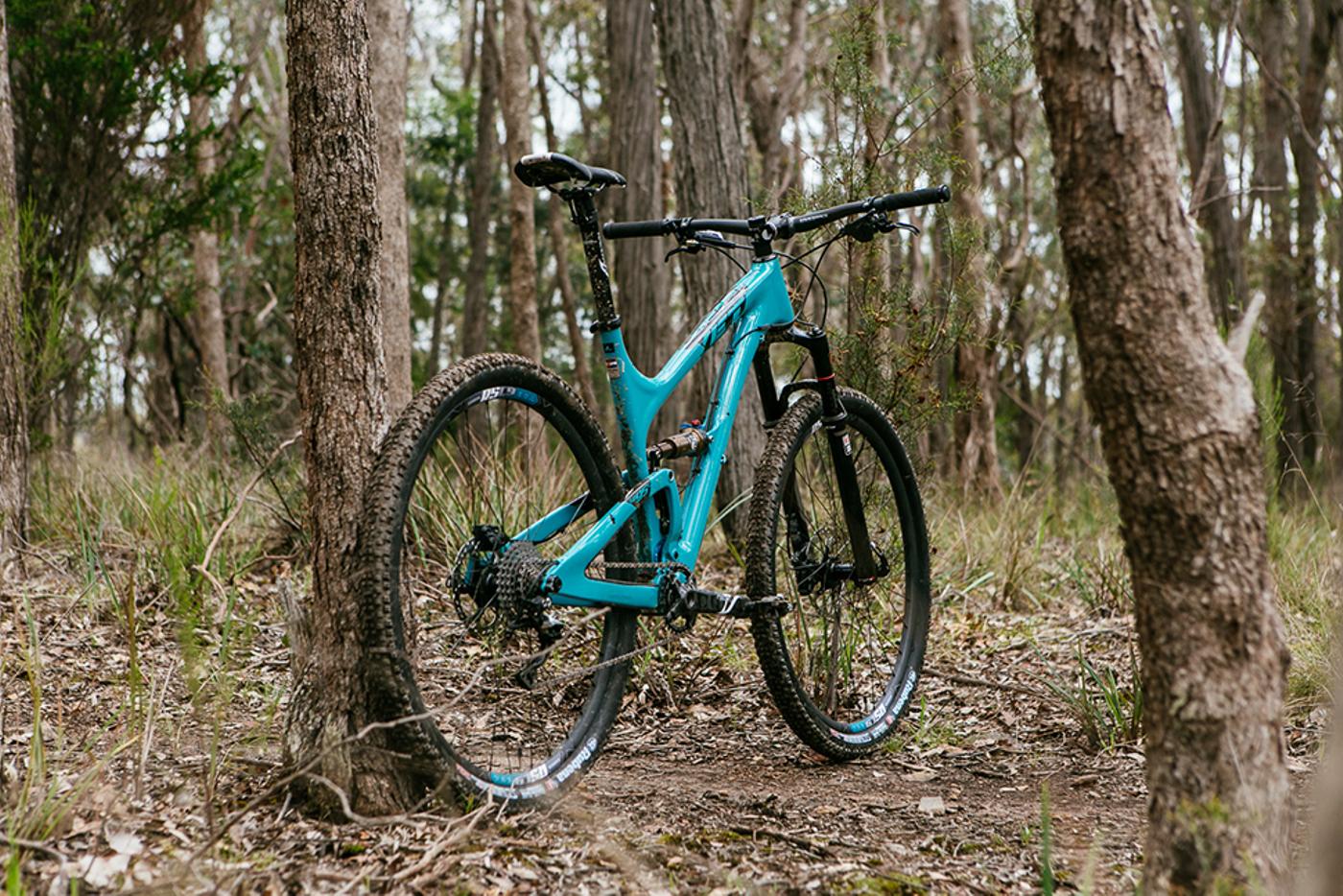 Yeti’s accolades on this bike were a plenty. People literally lose their shit when they ride it and with good reason. Its Switch technology is a proprietary system developed by Yeti and sure, it looks great, but most importantly, it makes every response to the trail profile very predictable. 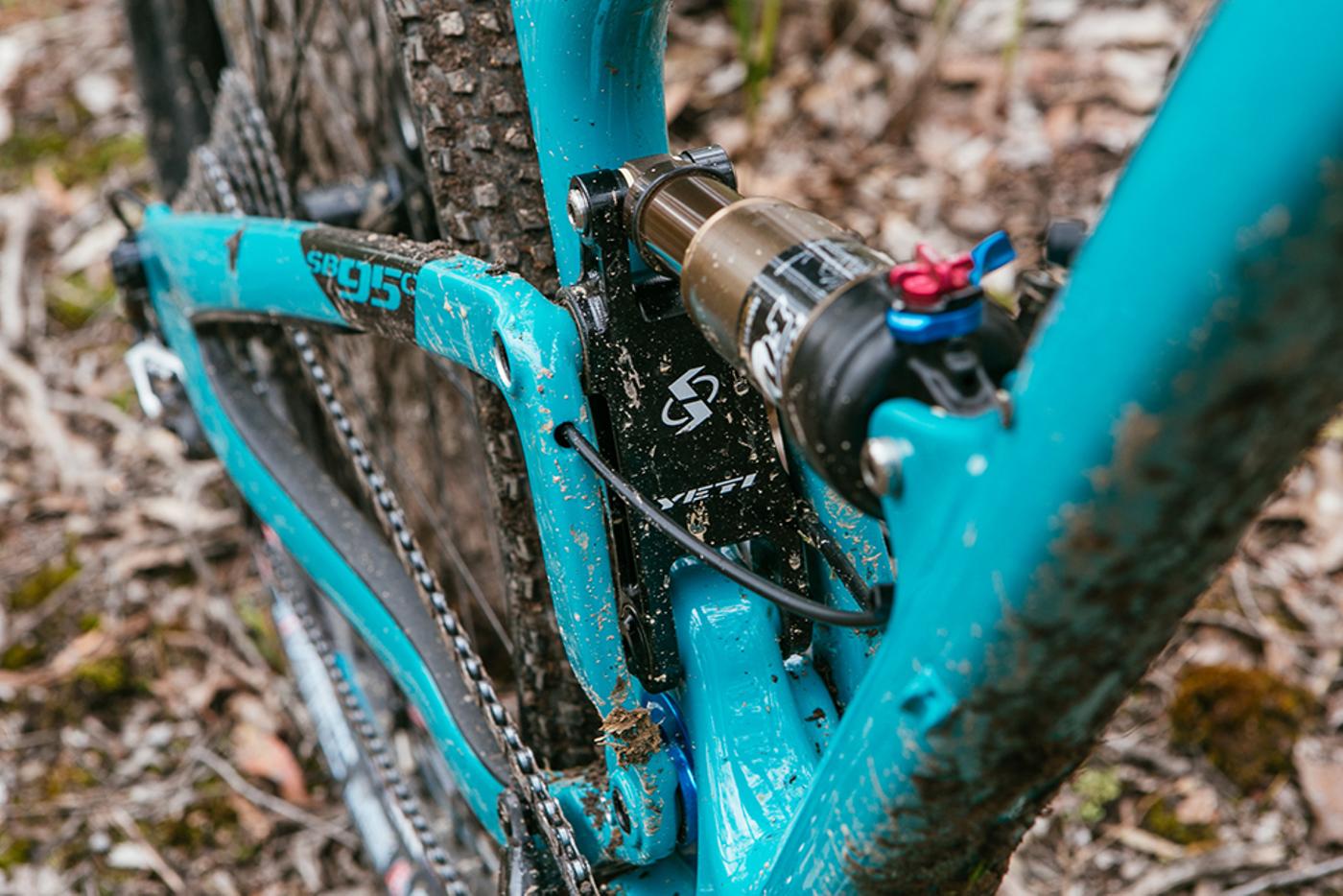 Without going too deep into what Switch achieves, I’ll lay out the simplest explanation: the eccentric pivot link rotates and uses the chain tension to slightly alter the suspension stiffness. Honestly, it was easy to observe and feel when pedaling around a parking lot, but once you hit the trail, I couldn’t really tell. Which is the whole point, right? The high point of this technology: easy to service. No special tools required. 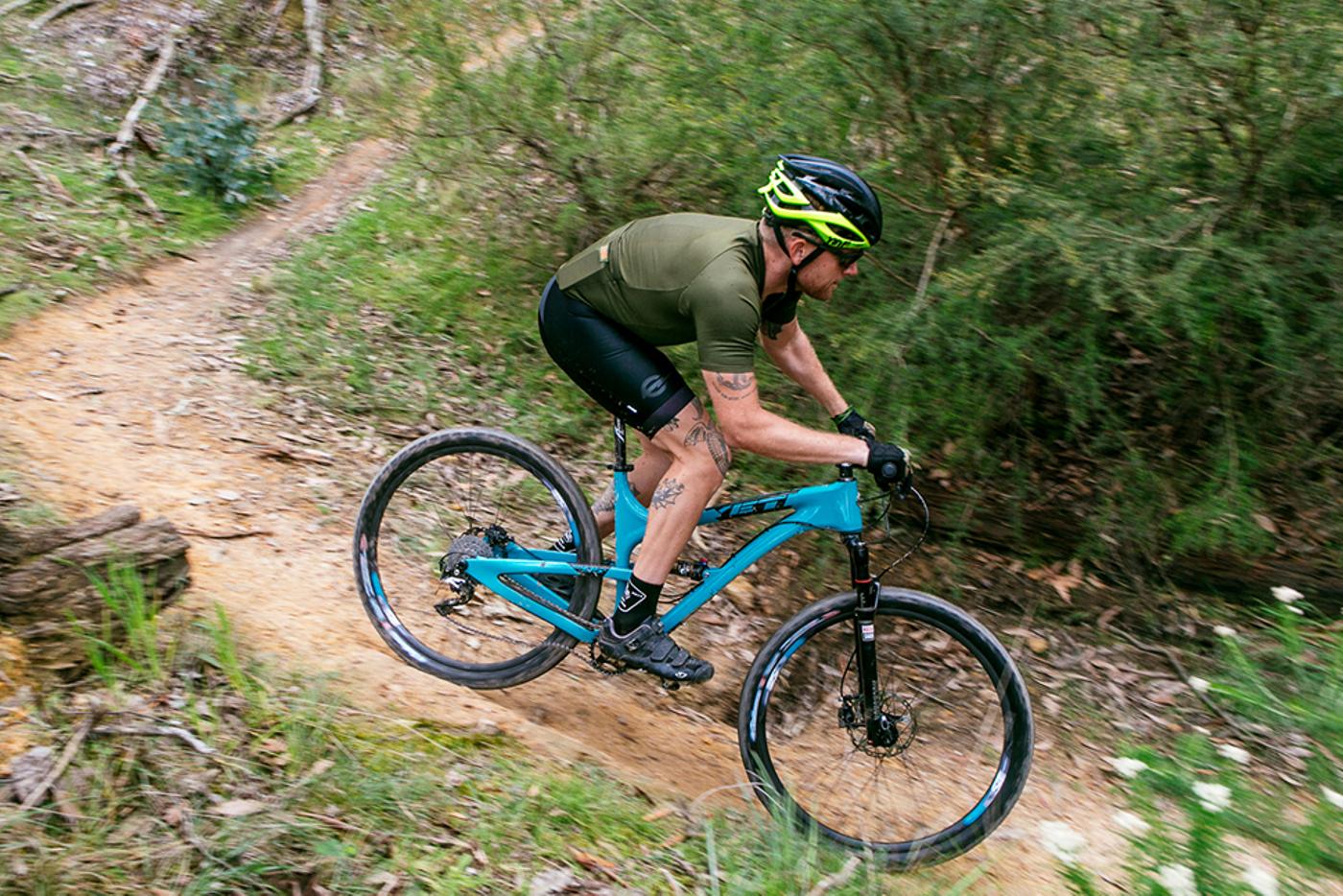 My home rig is a rigid bike and every time I ride a full susp, I’m amazed at how well it absorbs little sloppy nuances in my riding style. Cornering, popping out of berms and hitting rock gardens, roots both on the uphill and down is very efficient. There’s no hesitation, just GO. Now for the hard part. Out of all the mountain bikes I’ve ridden in the past year, the Ibis Ripley, the Santa Cruz Tallboy LTC and now the Yeti are my favorite. If I were to compare the Yeti to anything, it’d be the Ripley. Mostly in the frame resonance and handling. The Tallboy felt very solid but still light weight, whereas both the Ripley and Yeti felt more lively and easy on the wheels.

Granted all of these frames were built with similar groups and all fall within the same general weight categories. All I can think is that the layup process of the carbon gave them different riding characteristics. 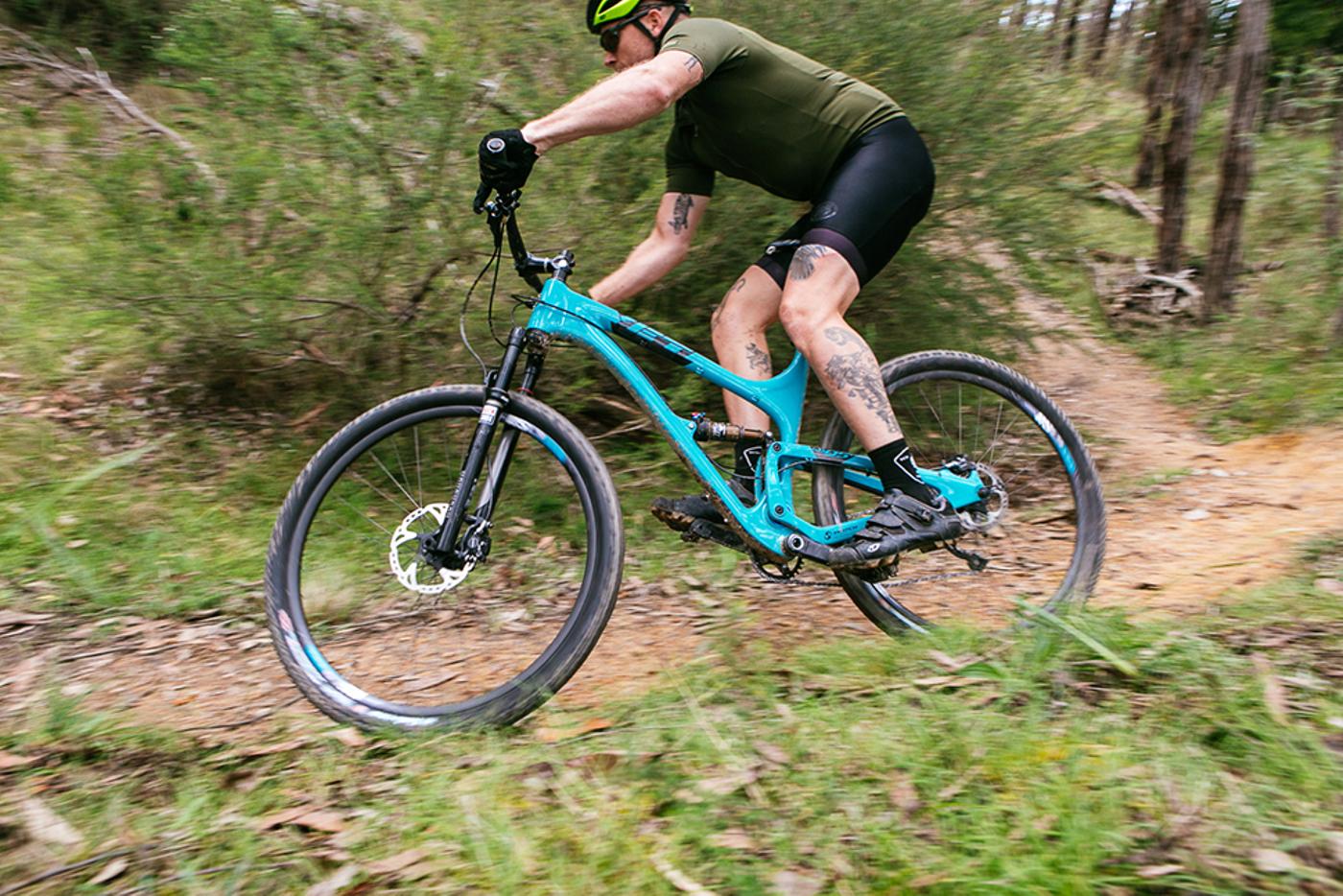 My only critique on the SB95c was how hollow and plastically it felt. Something I only felt on the Ripley occasionally and rarely felt on the Tallboy, even when smashing down rocky descents in the Swiss Alps. The resonance felt when riding the SB95c in rock gardens and other rough terrain was very apparent to me. But then again, it’s really the only critique I have and that’s me being very picky.

But what about climbing and descending? Or the dreaded tight switchback? It’s a carbon full sus MTB, it’s gonna climb faster than a steel rigid and hell, it’ll descend faster too. I will say that it handled tight switchbacks like a piece of cake and ate rocky descents for breakfast. When we finished the first loop, I really wanted to keep going, even in my hungover state – #JohnProllyisAlwaysDrunk 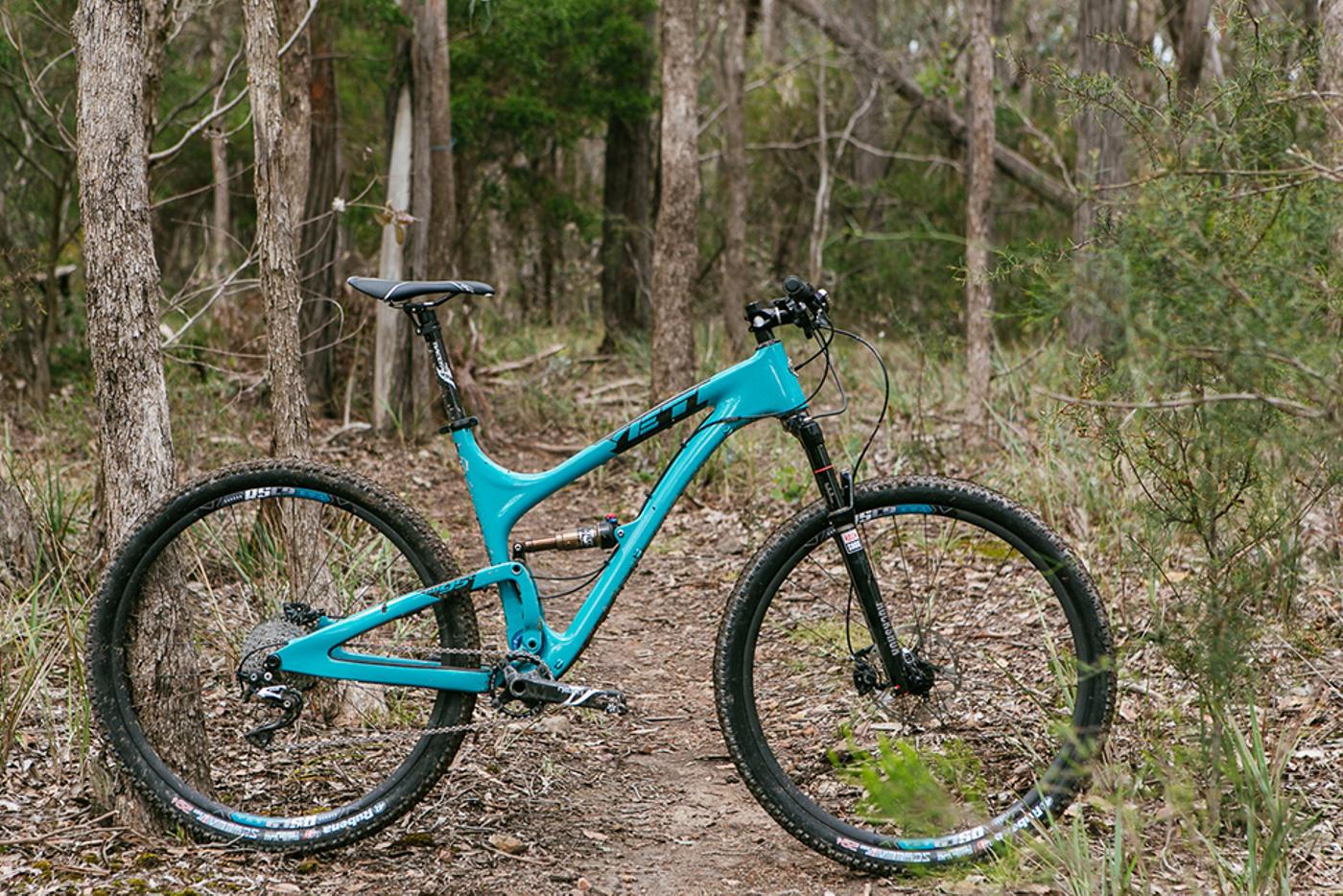 It’s hard to critique or review a bike on tracks and trails that aren’t your own, in only a few hours. Truth be told, I’d love to put more miles in on an SB95c, thrashing my local trails, if only to prove myself wrong in my initial reaction because, just look at that fucking bike! It’s gorgeous…

Many, many, many thanks to Tim at My Mountain for letting me borrow his own personal Yeti SB95c and thanks to Yeti for making a 29’r worth talking about. Hopefully this won’t be the only time I get to rip on one.

If you’re in Melbourne and are in need of some dirt therapy, head over to My Mountain and give Tim a holler!