Team Dream’s new Spring collection is going live on their new website today at 12 PST. To coincided with this launch, I figured I’d share our photoshoot images here on the site!

Home to the Owens River, bounded by the Inyo Mountains on the east, the Coso Range on the southeast, Sierra Nevada on the west and Chalfant Valley on the north, Owens Valley is one of the most geologically diverse areas in California, in my opinion anyway. It’s a veritable playground for the outdoors with Mount Whitney, the highest point in the lower 48 States, attracting hikers from all over the world. If you’re not into climbing a 14,505′ mountain, the Owens river is great for fishing and there are numerous other activities found surrounding the towns of Lone Pine, Big Pine and Independence, California. When Sean from Team Dream said he wanted to do something different for his spring and summer photos, I proposed we tackle some of the epic climbs in this area. The weather had just shifted, allowing for some majestic, snow-covered Sierra goodness as a backdrop, while offering warm temperatures on the roads in the valley. We rented an Air BnB in Independence, at the base of Onion Valley road and planned on spending days riding and photographing the scenery around Lone Pine. 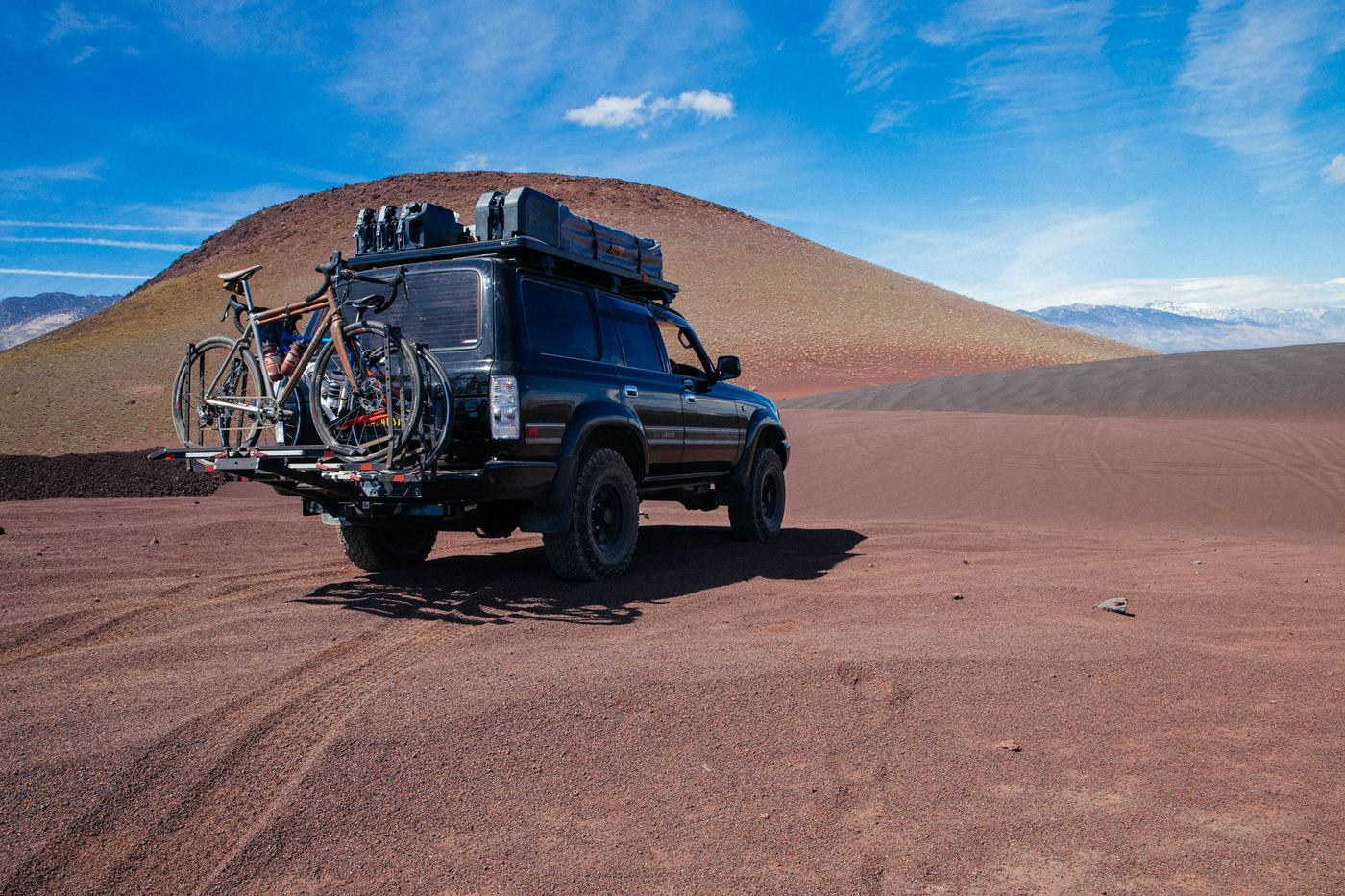 Cari and I arrived early to scout the roads and to determine how high we’d be able to ride up Whitney Portal, Onion Valley and Horseshoe Meadows. As you might have heard, California received record snowfall this winter, rendering many of these epic climbs unpassable. We all gathered at our rental home and went over the agenda. The days were long, shooting from sunrise to sunset, with plenty of time to explore the home of the Graboids while dreaming of more rides to come. Cari and I left on Sunday to ride in Death Valley, while the boys tackled Horseshoe Meadows. On Sunday night, we all passed out from exhaustion, ready to make the 4-hour drive back to LA the next morning.

Next time, I’ll be back with more riding in mind and less work.