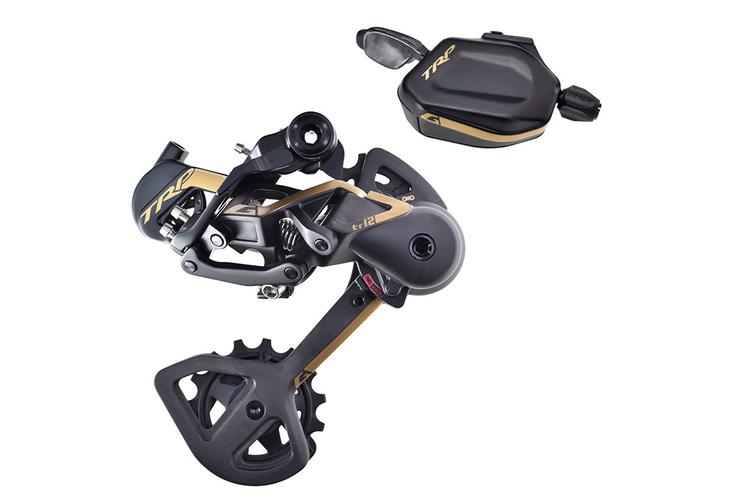 You might be thinking, “does the world need another 12-speed MTB shifting system?” To which TRP answers, “for $329.99 retail it does!” The G-SPEC TR12 12-speed shifter and derailleur offer up some new technology including Hall Lock, named after Aaron Gwin’s mechanic, John Hall. The Hall Lock is a lever integrated into the derailleur mount, which locks the movement of the B-knuckle around the mounting bolt when closed. The Hall Lock can be opened to easily remove the rear wheel. When closed, it provides additional stability and less noise to the shifting performance. The TR12 shifter utilizes sequential shifting, which utilizes a linear shifting path, making it easier to shift on the fly. Here’s the TR12’s full cassette compatibility chart.

Check out more information at TRP. 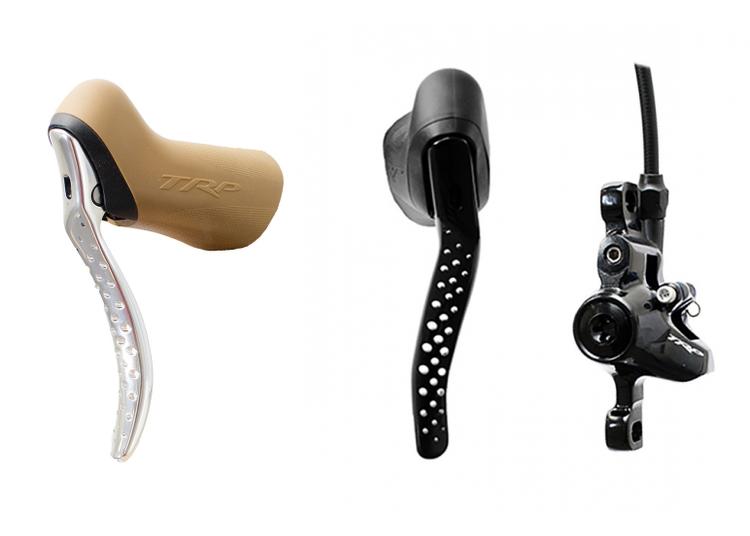 Whether you race singlespeed ‘cross or want your disc tourer with bar cons to look classy, the new TRP Hylex RS disc brakes have the classic look of their RRL SR levers with the feel of Hylex hydro. These have got to be the best looking and best feeling hydro disc brake levers on the market! See more at TRP.