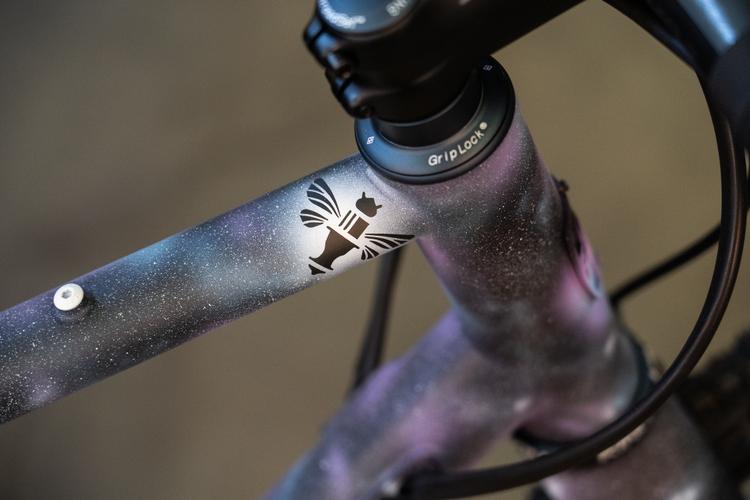 It’s that time of year again! The Chris King Open House returned to Portland this past weekend and, with it, a showcase of seventeen custom bikes. Let’s check them out in detail below! 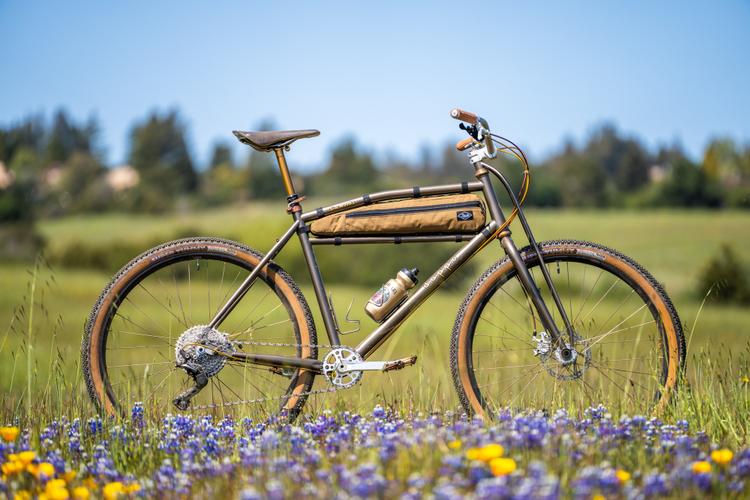 SimWorks is pleased to present our latest offering in the Doppo lineup of framesets: The High Plains Drifter. These framesets are handcrafted in small batches by our friends, and adept framebuilding cohorts, at Simple Bicycle Co. here in Portland, OR. It’s a modern twist on a time-honored favorite, sure to bring back more than a few pleasant reminders of some of our earliest memories on a bike, while opening up a world of possibility for future off-road explorations. 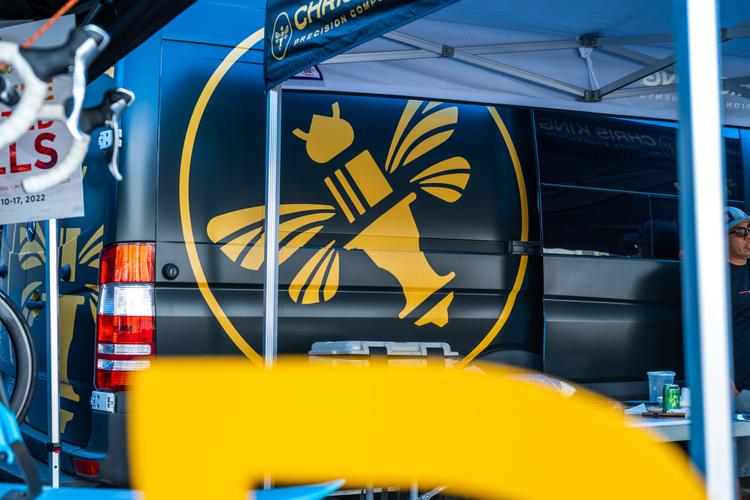 We’re here en route to the 2022 Sea Otter Classic after what feels like eons, and on our way to the event, we have been hanging out in Santa Cruz, California, at Caletti Cycles and the Chris King Guest House. This unique showcase features several framebuilders’ creations, all donning the new Chris King Wheelsets in road, gravel, and MTB. There’s a great mix of bikes from steel full suspensions, road bikes, a few tasty 29ers and a few surprises, so let’s check out the offerings below and a hefty gallery of the bikes and the hangs from the event… 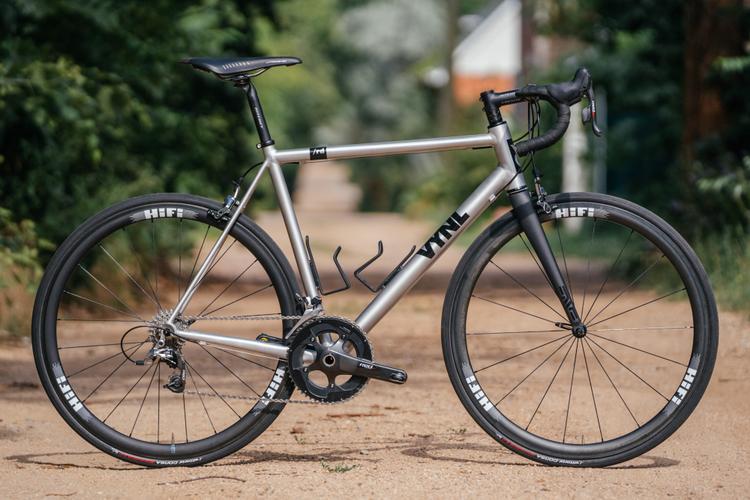 Last year marked a sea change for the cycling industry. On one hand, cycling saw a boom with many companies shifting to a work from home model, and employees looking for a new outdoor hobby to spend their free time. On the other, supply chain shortages ran rampant throughout the industry and suddenly the supply couldn’t meet the demand. Depending on who you talk to, parts shortages happened for a number of reasons but the bottom line is if you have the ability to sell bikes, or even frames in 2021, consider yourself lucky.

Before the pandemic, Sabrina and Max Clauson wanted a change of pace from their normal day-to-day lives so they purchased VYNL Bikes. Now they’re running it as a passion project from their home in Boulder, Colorado. While I was in town earlier this year, I swung by their house to take a look at the new VYNL brand and to shoot Max’s /rd Rim brake bike along with Sabrina’s /gr Disc Gravel bike. These no-nonsense machines come in stock geometry, have the option for custom paint, are made in the USA, and are perfect for a rider looking for a straight-up utilitarian bike for pavement or gravel.

Let’s take a look at these two builds below… 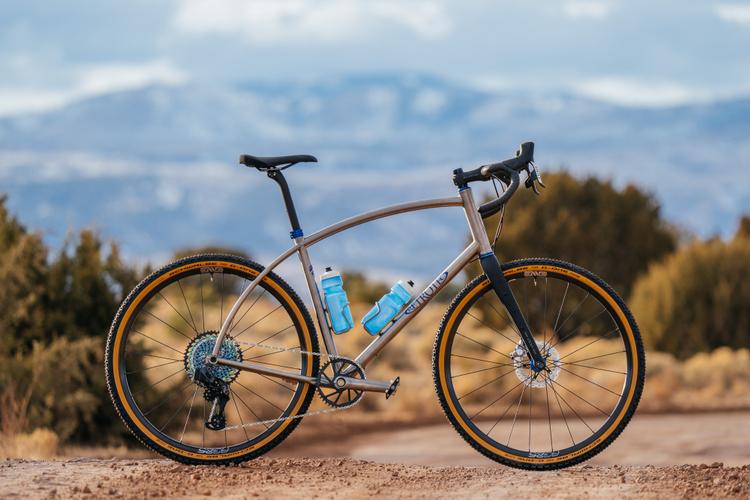 I don’t know about you all but personally, I miss seeing off-the-wall crazy custom bikes at the various tradeshows. With the pandemic canceling the 2020 and most likely 2021 dates for various open houses and NAHBS, I’ve just accepted the fact that those balleur bicycle gallery shoots will have to wait. That said, when projects like this fall into my lap, I’m more than excited to take some extra time documenting them.

ENVE launched their Foundation Gravel wheels last week and in a perfect world, a press-camp was supposed to happen in Arizona to test out those wheels. ENVE planned on pinging various builders to fabricate the chassis for their full gravel lineup. One of those builders was Retrotec and Curtis went overboard for the event, building a handful of titanium frames alongside Oscar Camarena of Simple Bike Company. When the press camp wasn’t happening, Curtis decided he’d send this bike out for me to document. He needed photos for his website and I won’t say no to content like this… 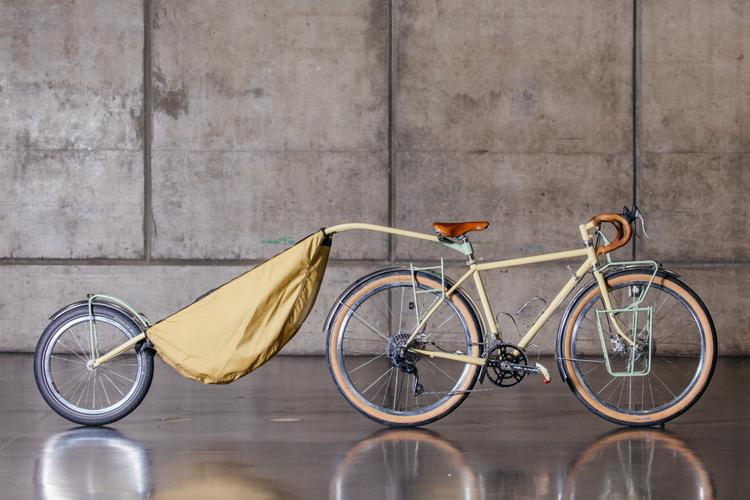 After a jam-packed weekend at this year’s NAHBS, we’re rolling out content throughout the week, but not without another Mega Gallery, showcasing sights and scenes at the show, as well as a handful of the beautiful bicycles on display. Later this week, we’ve got some awards from the show, so stay tuned. For now, enjoy this selection of images! 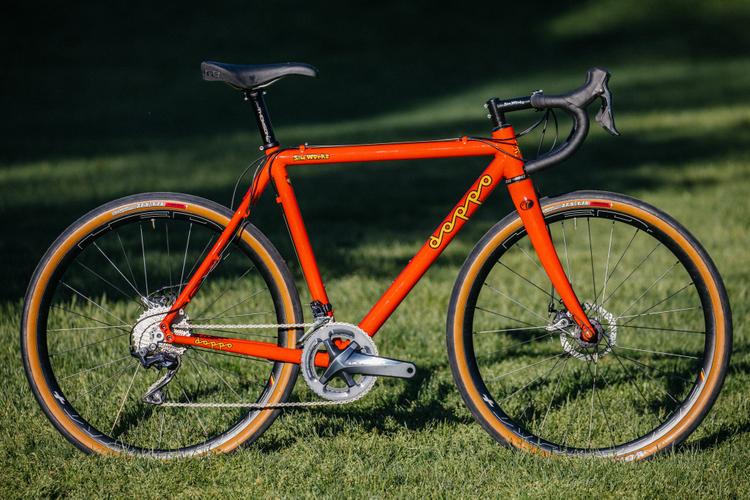