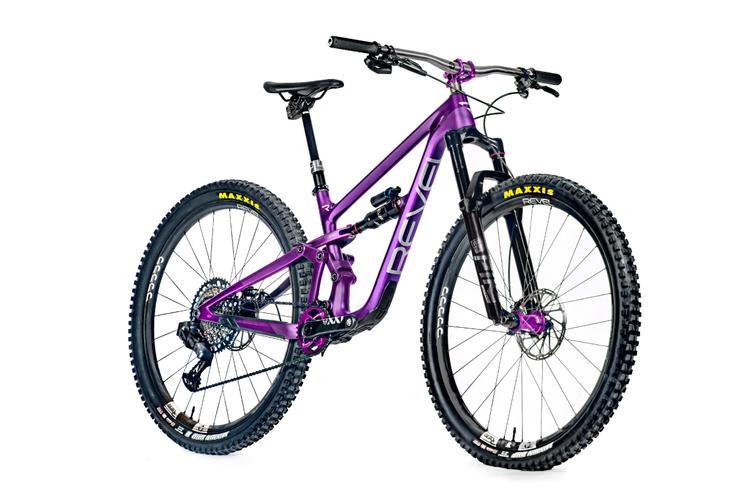 More than 3 million people in the US and Canada experience a traumatic brain injury (TBI) each year. Revel is partnering up with Love Your Brain to improve their lives…

Every $5 donation to this campaign gets you one chance to win this custom-painted Rascal, built with quite the kit.

More about Love Your Brain:

Love Your Brain is a nonprofit on a mission to improve the lives of people affected by traumatic brain injury. We’ve teamed up with Revel Bikes because we believe:

-Through awareness and mindfulness, people are best equipped to make brain-healthy decisions (like wearing helmets when riding bikes!)
-When a TBI does occur, people affected need a supportive and compassionate community
-The experience of TBI is complex, unique, and often misunderstood, and needs to be seen, recognized, and supported by all

Donate $5 to be entered to win this Ranger at Love Your Brain. 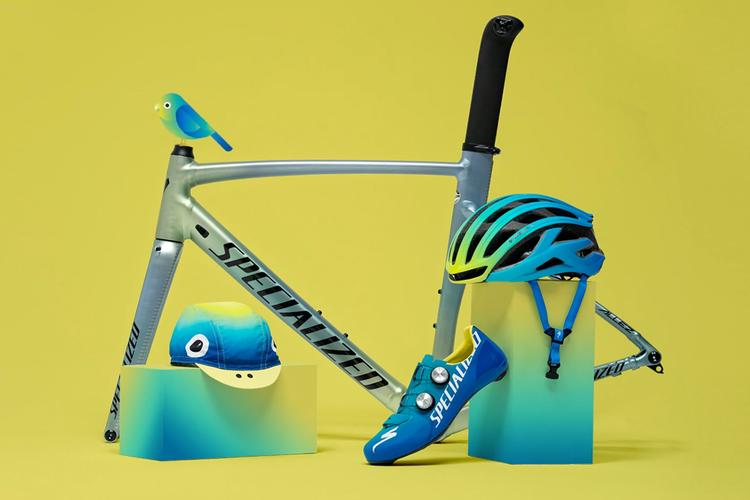 Specialized’s new Down Under Collection looks to the fauna Down Under, specifically the Australian Budgie. As 500 million animals have been affected by the massive bushfires, Specialized is donating $100,000 USD to WIRES, the Australian Wildlife Rescue Organization. You can now buy product from the Down Under Collection, to show your support or if you’d prefer to donate yourself, do so at WIRES’ emergency fund. 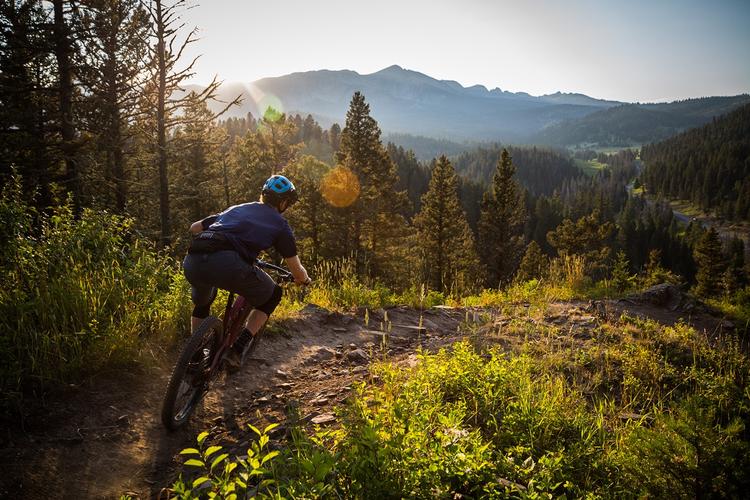 It’s nice when a brand looks to its home trails and makes an effort to raise both money and awareness towards proper stewardship. Read on below for how Esker Cycles is raising money to support Montana trails and how you can win an Elkat S.

Track racing is one of the most unique forms of cycling because it requires a special venue and when said venue is threatened, the sport itself takes the hit. The NSC Velodrome is the only velodrome in Minneapolis and right now, it needs our help.

If you’re in the area, there’s a fundraiser this weekend but you don’t have to live in Minneapolis to help support track cycling. Donate at the NSC Velodrome’s Go Fund Me page and help re-pave this beautiful track. If you’d like to some some truly wonderful photos of this velodrome, check out Kyle’s photos at Tracko.

I really love the special edition jerseys that Rapha produces, especially when it’s for a man like Marco “the Pirate” Pantani. Now, Pantani was by no means a saint, but as a key figure in professional cycling’s history, Rapha is commemorating him by donating proceeds from the sales of this jersey to the Pantani Foundation.

Pick one up at Rapha and check out more details below!

I really, really love this print from 100 Copies and the fact that it’s a tribute to the people of Tacloban makes it even better:

“The devastation of Typhoon Haiyan has seen homes and lives destroyed by flood waters.
If each of us do our bit to contribute, we can help the people of Tacloban rise above this disaster and rebuild their lives.

All proceeds for this print will go to the Red Cross Haiyan Relief humanitarian efforts in the Philippines.

While this might not be for everyone, there are plenty of people who love these bluetooth external speakers, plus, 20% of the money raised goes to the Messenger relief fund. Support the Boombot REX at their Indiegogo page.

The Needle Gate Project just exudes good vibes. A group of riders are pedaling from Seattle to SF (the Needle to the Golden Gate) for She Dances, an organization that provides holistic restoration for young girls who have been trafficked and sexually exploited…

Check out their video above and click-through for more info. 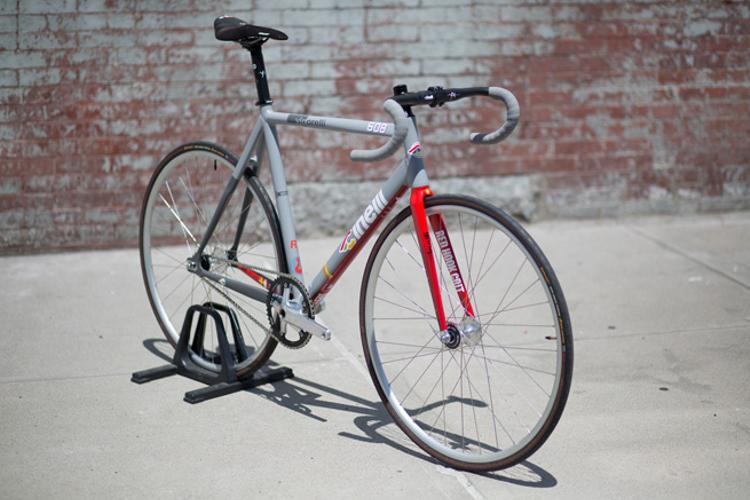 Josh Hartman was injured during the Red Hook Crit Navy Yard crit race and Dave Trimble is putting on a benefit auction on eBay to help aid in Josh’s medical bills. Head on over the eBay auction to place a bid!

And if you don’t need another bike, you can always contribute to Josh’s Go Fund Me page. 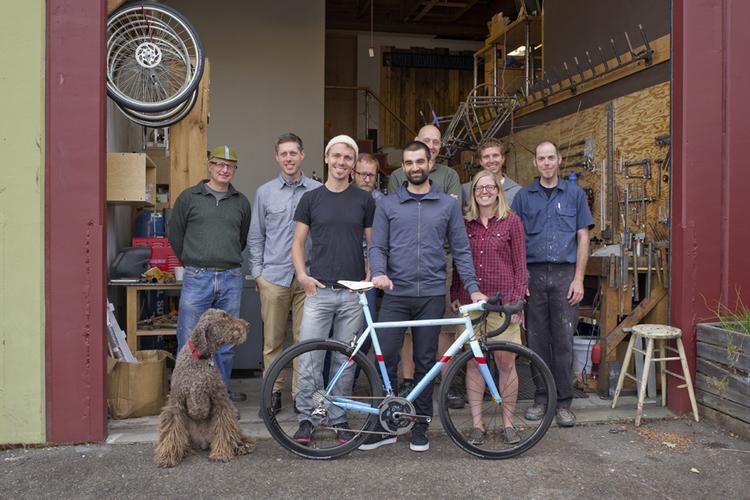 With all the benefit rides that happen year after year, what’s stopping people from doing their own? Save yourself from the swarm of people you don’t know, call a friend, plan a ride and hit up some sponsors. That’s exactly what Michael Tabtabai and Andrew Hudon did.

Leave It On The Road ride starts Monday, June 17 and goes 3465 miles in 24 days from Oregon to Massachusetts.  Along the way and through fundraising, Michael and Andrew are hoping to raise $52k for the Colon Cancer Alliance. All the background info can be found at Leave it on the Road.

Check out a full sponsor list and a parts break down below, as well as more photos in the Gallery! 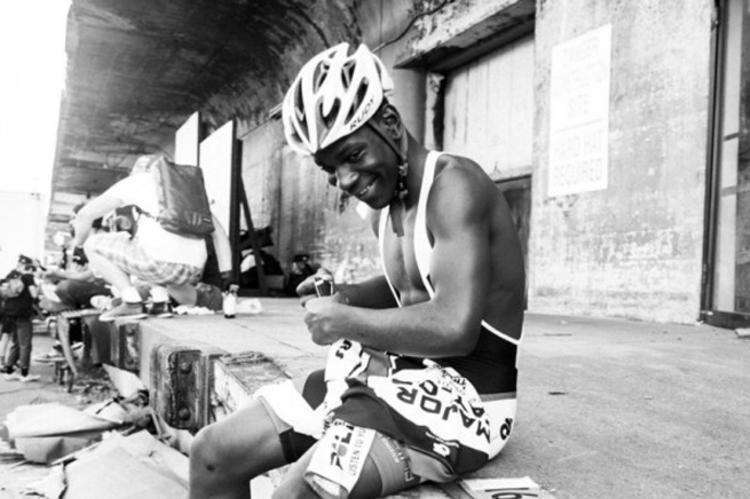 In the Red Hook Crit coverage here on PiNP, there was a discussion about the young rider who took a nasty spill and was hospitalized. His name is Joshua “Pro” Hardman and he races for Major Taylor Development Team, an amateur race team, based in Brooklyn, NY.

He’s still in the hospital, due to excessive blood loss and needs our help. Head over to Joshua’s Go Fund Me page to find out how you can help out. 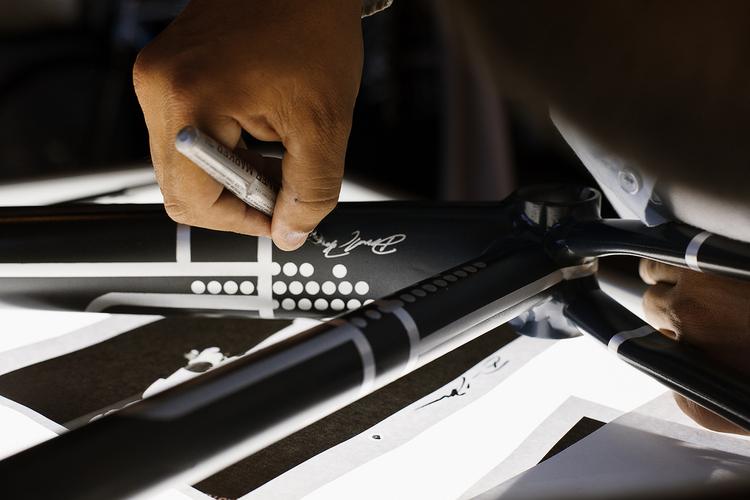 Another artist that’s been working with Unknown and CBNC on their raffle bikes is David Flores. Ace from The Sleepers went over to David’s studio while he was working on masking out the frameset and his photos are very nice. Worth the click-through even… If you’re in LA this evening, roll through the raffle event tonight! 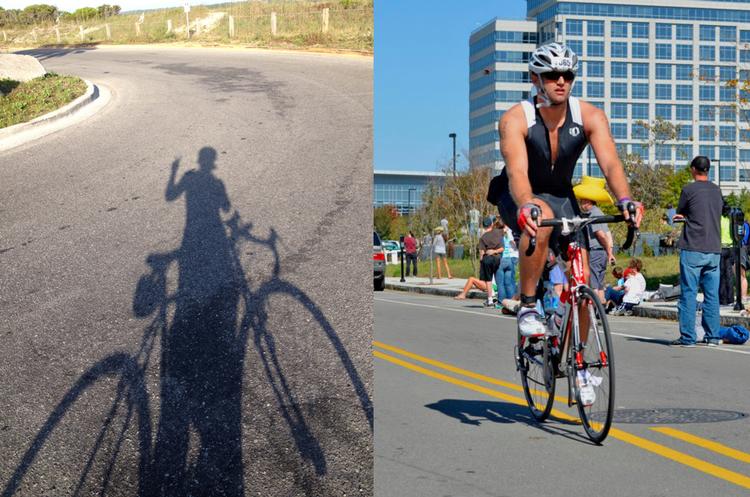