One of the true hustlers in the urban cycling scene is Chas from TCB Courier. Also a Mash / Cinelli rider, Chas was approached by the Italian brand to design a cycling cap for their Rider Collection Cap lineup. Check out this interview as Chas talks about what got him into bikes and the stigma associated with cycling caps!

I’ve got one and it’s one of the more unique caps out these days. You can pick one up at Cinelli’s Winged Store! 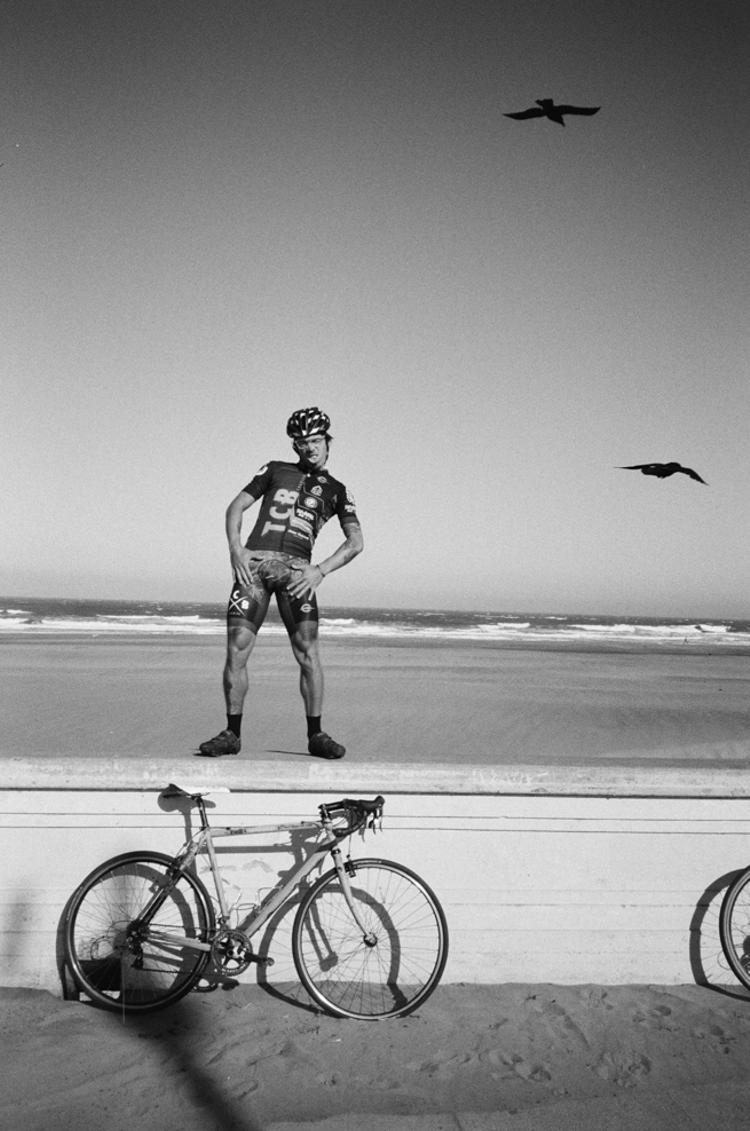 Sometimes, good coffee is more than enough motivation to do a quick ride through Golden Gate Park in SF. If you don’t have time for the San Bruno loop, there’s a quicker way. The first time I made it out to Trouble Coffee was with Chas, back in May when I was in town for the ATOC. This time, the sandwich board spoke its words of wisdom with one simple phrase: Live to Shred. We rolled back through the park, bumped into Marc and swung by the De Young museum, one of my all-time favorite HdM projects.

I can’t say I shredded much riding home, filled with toast and coffee but it did make for some excellent photos of the #lightbro through GGP… See more in the gallery! 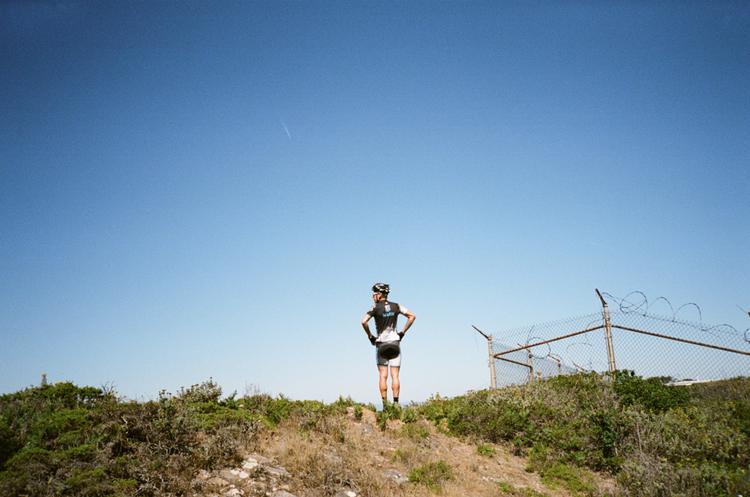 San Francisco has many great coffee shops but one in particular has become sort of a tradition in the past few times I’ve visited the city. Trouble Coffee is by no means a local’s secret, but it’s worth the jaunt over if you have the time. Especially if you can meander a bit, say, up San Bruno.

Chas took me on a great 28 mile loop around SF one of the last days I was in town. We started in the Mission, headed south up San Bruno, took a dead-end but scenic road and then headed west to Trouble coffee before splitting GGP on the way home. All in all, it was a great little ride and it goes to show that you really can get in a lot of climbing (2,000′) on an easy ride like this.

Check out the route on my Strava and maybe give it a try yourself. See more shots from the road (and dirt) in the Gallery! 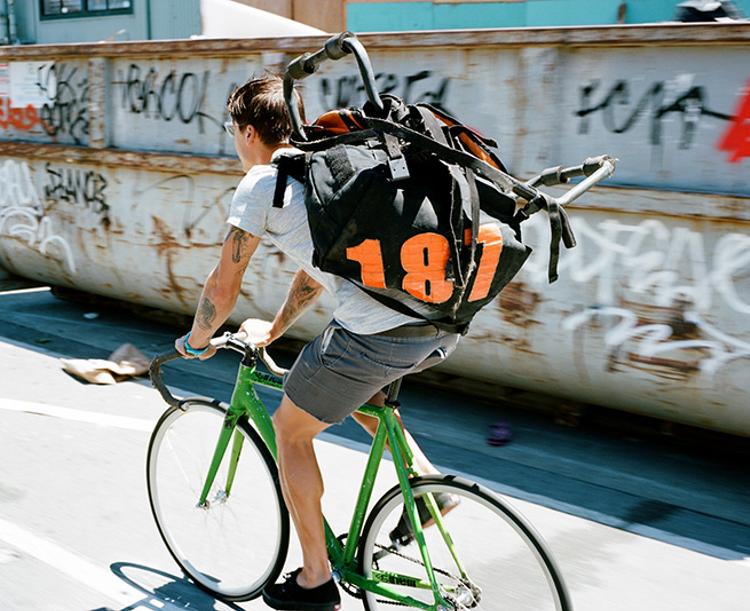 My friends in San Francisco are the best. They’re all hustlers in their own perspective professions and regardless what people say about the “Cali” lifestyle, they’re always on the grind. When he’s not running traveling the world racing, he’s running his company, TCB Courier with a handful of other like-minded individuals. Call him many things: “freshly shaven”, entrepreneur, #fixiefamous, whatever, this dude is living the dream.

I stayed with Chas for over a week the last time I was visiting and out of everything I shot on my trip, these three photos of him riding that green Cinelli Mash prototype track frame are some of my favorites. All shot from a moving bicycle…

“Hobo is a totally new steel frame bicycle, engineered and equipped for off-road rides on long distances, already proving itself along the adventurous 12.000 kilometres of the 2013 Tour d’Afrique. TdA is a world renowned endurance-race, now in its 11th edition. What better way for the hobo to announce itself to the world than with 3 distinguished Cinelli riders blazing across the African terrain.

Chas Christiansen, 100% pure San Francisco and one of the top riders of the Cinelli Mash Team, an iconic figure of the fixed-gear culture, always on the highest steps of Criteriums, Alleycats and Cyclo-Cross Single-Speed races podiums.

Lucas Brunelle, native of Boston, is an established filmmaker who introduced a unique first-person filming technique in cycling races thanks to his great riding skills and the innovative helmet-integrated camera-system. Lucas is responsible for filming and reporting the most extreme race contests all over the globe for more than ten years.

Dario Toso couldn’t miss out, designer and explorer of the contemporary and long-time ambassador of the “Bootleg State of Mind”.”

Expect some photos of this bike soon! 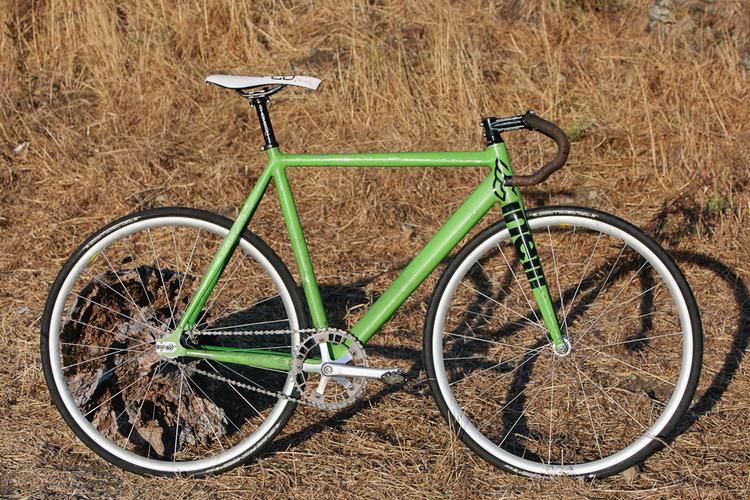 Two years ago, Chas and Walton from MASH sat down with the designers at Cinelli in Italy to work on the next track frame. After years of riding track bikes both on the street and in races, the two of these athletes knew exactly what they wanted. The end product was something unlike any track bike Cinelli has made before: a mixture of new technology with performance and practicality in mind.

Last year at Interbike, Cinelli handed over two of the prototypes, which were spraypainted with Montana outside Mash’s flagship store in SF (in fact, you can still see blue and green overspray all over the sidewalk). Chas’ green track bike has traveled the world and seen its share of the fast n loose riding lifestyle. It’s been in multiple Red Hook Crits and bombed the streets of SF and NYC alike.

The most noticeable difference in this frame, versus the older MASH frames include a tapered fork and head tube for added stiffness and proprietary hydroformed Columbus tubing. A level top tube and traditional track geometry add a confident stance to this bike’s profile. In short: the Mash team is very happy with their work and with new paint samples on the way, I had to shoot photos of this bike while it was still built up….

Many thanks to Chas and Lindsey for recommending the sunset bike shoot location and Bucket for showing his appreciation. 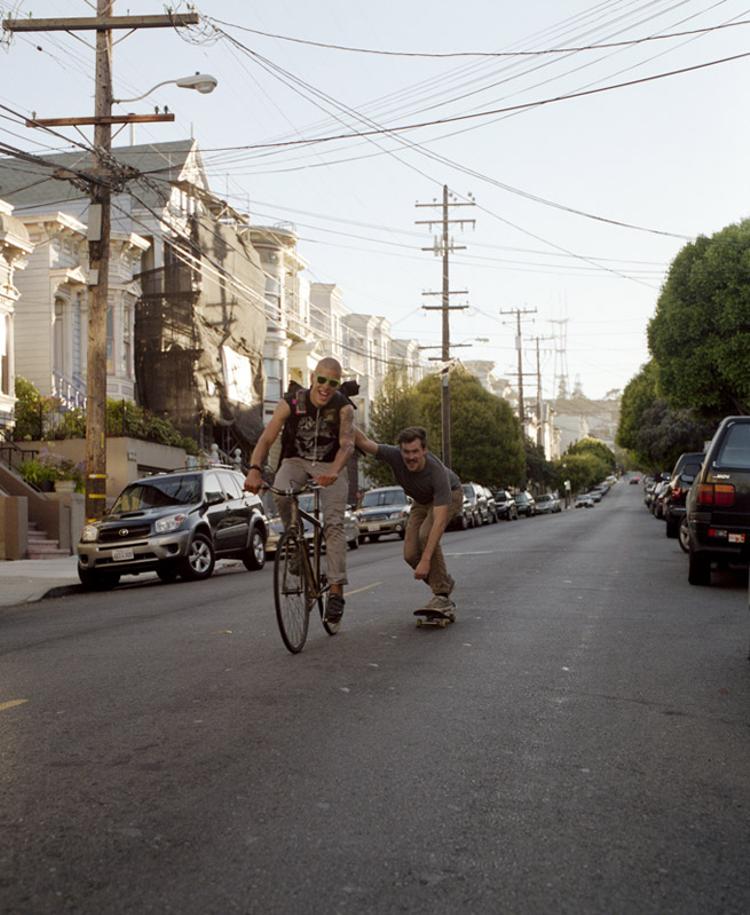 When Full Frame Collective posts up a photo like this, it’s hard for me to resist the repost. I miss hanging in SF with those guys! 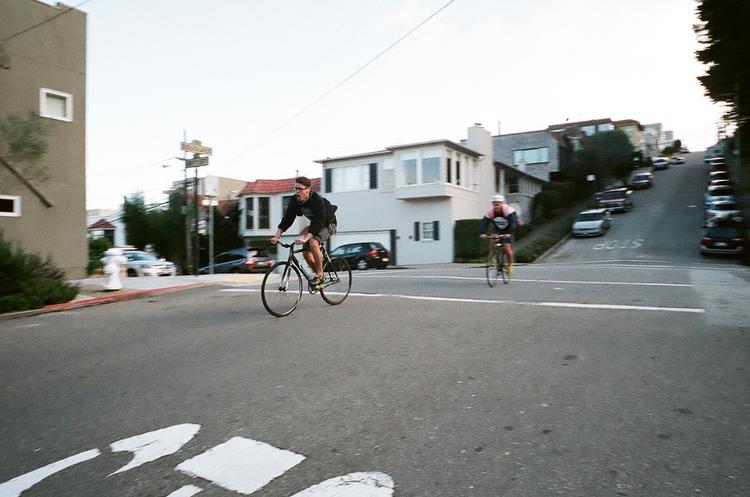 Photo by Terry B

Back when Chas had hair and Crihs wasn’t fat, they hit up Douglass St. with the Full Frame Collective and Werehaus guys. Terry got this shot of Chas, getting so pitted and it just makes me smile. For more entertainment, hit up the video from Douglass St. below.

Minor Threat and some easy spinning through Singapore. Not a bad way to start the day. The funniest thing about this video is you can totally tell Chas is picking on Crihs for that ridiculous wheel at one point. #Yahoos 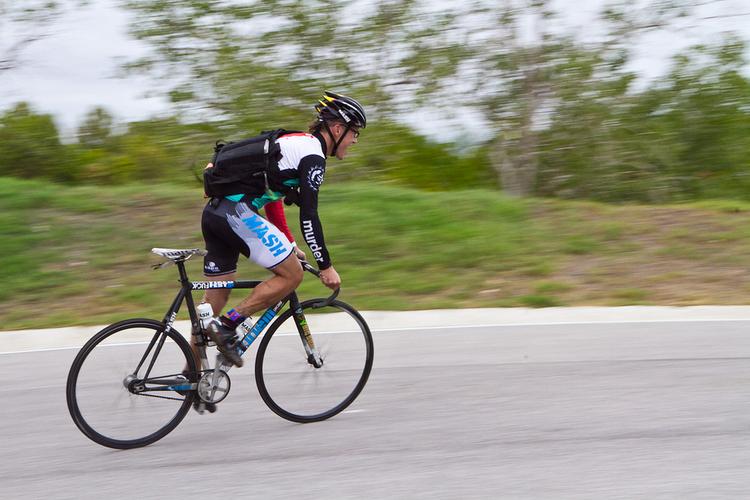 This photo is from my 2011 coverage of the NACCCs and unfortunately, I wasn’t able to attend this year’s event in Richmond but I just wanted to congratulate Chas for taking 1st place. Good job dude! 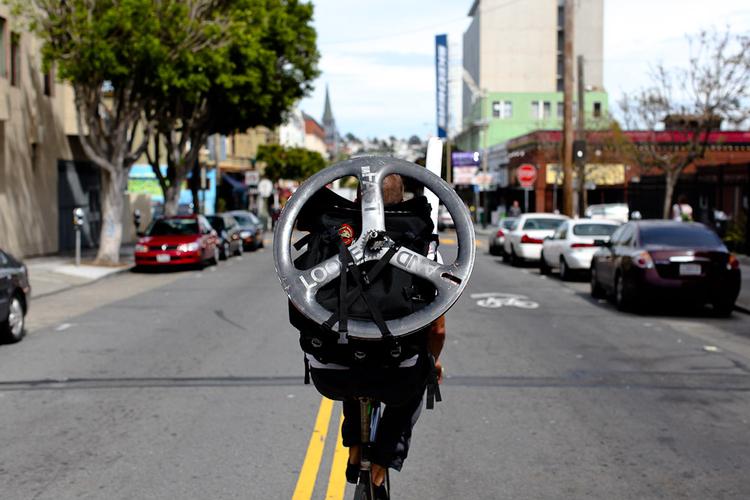 Yes, it’s that time again. Randomness from the streets of SF in preparation for the 2012 Red Bull RideNStyle. Today I met up with Crihs, Marc, Em and Chas over in the Mission and rolled over to Mash to see Mike and Walton. It was unbelievably warm out and for the first time, I finally had a track bike in San Francisco. It’s been fun so far and here’s a photo dump to hold you over for a bit!

Click the above photo to launch the gallery, or here to open in a new tab. 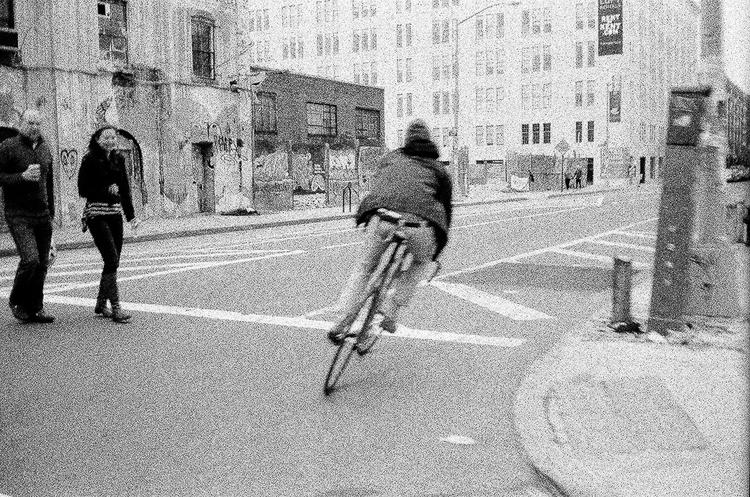 I hung out with Chas from TCB Courier / MASH / #fixiefamous a lot in NYC during the Red Hook Crit weekend. He’s one of my favorite dudes to hang with. Why? He’s always down to drink, loves to talk shit to Crihs and his riding style is very photogenic. These few photos were taken on a quick ride through Brooklyn but are damn rad. 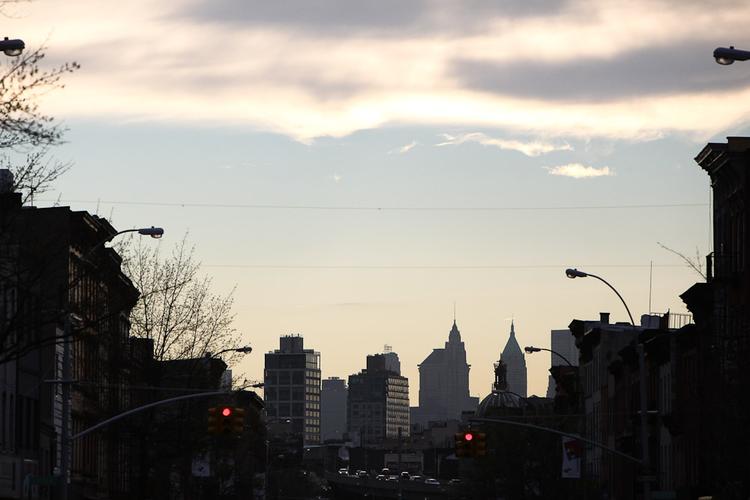 I woke up Sunday absolutely wrecked. One of the hardest things about coming to events like the RHC are all the hours spend partying until 4am. After I pulled myself together, I met up with Chas and we rolled to get some food, then over to Outlier. Chas has decided to give up food delivery for modeling and since he’s #fixiefamous, I think it’ll work out great. From there, we headed to Affinity where we were greeted by the DOSNOVENTA bicycle team from Barcelona. Sure enough Clary hopped on their carbon and aluminum bikes and put on a show. It’s crazy how fast a day can go by when you spend it fucking around in the street on expensive track bikes… Don’t forget to check out the “previously” links below if you haven’t already. 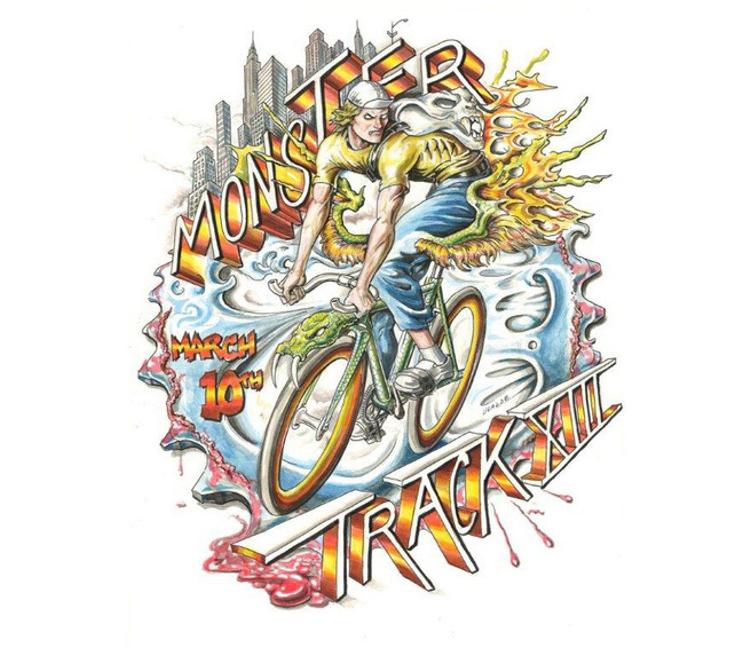 This just in from Chas:

Killer! Congrats to JT for pulling in 1st and to Chas for 1st out of town. So good! 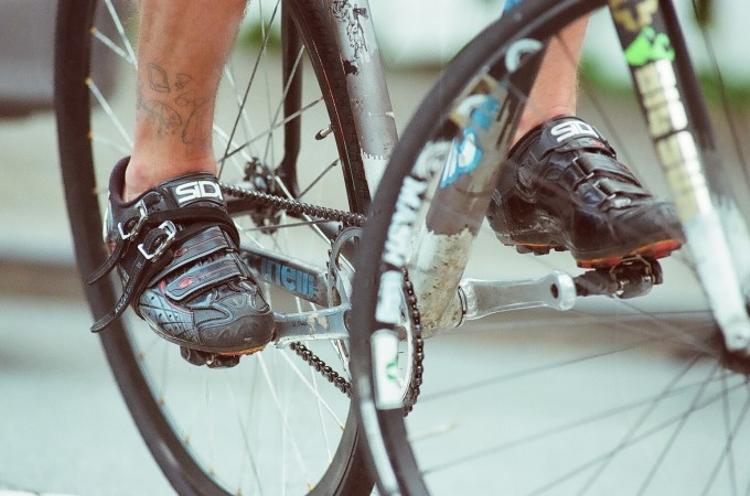 I love taking shots like this. They always provide much more information than a full body photo and on a track bike, you can feel the momentum. Dylan had some lens time with Chas (the winner of 2012 Monster Track), resulting in two great photos. Check the other one out at Full Frame Collective.