The last Yonder Journal Brovet in Austin was a clusterfuck of epic proportions. I planned the ride, which, in context was one of the best 300 mile loops in Texas Hill Country. That context though, is slightly mottled, since, you know, I live in Texas and these guys are from California and Oregon – which has some of the best riding in the country. Maybe they’re soft-skinned liberals and I’m ok with Texas being stuck in the 17th century, or maybe riding for 40 hours in the pissing – just above freezing – rain just leaves a bad taste in your mouth.

Context aside, I planned a 300 mile route, the weather was nice – 80 degrees and humid – hey, it’s Texas – and everyone arrived in Austin.

Cursed. We’re all cursed. Or maybe I’m cursed? For whatever reason, mother nature took a shit on us, then smeared it on the route. 300 miles got cut in half, we had to bail so people could catch their flights. Ty got drunk – after he and Kelli got engaged. Moi got drunk. Kyle threw up in my yard. Hahn got drunk and raided dirty laundry.

The story goes deeper than this over at Yonder Journal! Head over to read about the Curse and (Dis)Enchanted Rock. See a few more selections below and follow Yonder on Instagram as they’re in the middle of another Brovet down South!

If you’ve seen the newest issue of Bike Mag, then maybe you noticed the large-format poster featuring the above artwork by Chris McNally – which you can coincidentally pick up at Yonder Journal in a nice, flat poster for your wall. But what exactly is it? Who are these strange men and what are those bigfoots (bigfeet?) doing with those rocks?

Last summer, Yonder Journal got the hair-brained idea to follow mule tracks from the Mythical State of Jefferson to the coast on packed-out mountain bikes and using the new Acre Hauser packs.

When excerpts from a ride report begin with:

“It was decided early on that Daniel would be the first one we would eat. He is a fleshy nutrient-packed individual with a penchant for sweets and he was, by being the organizer and de facto Captain of this expedition, the reason why we were all here. So it only made sense that if the fate of our group lead to cannibalism, he would be the first to go. We had come to Northern California to attempt bikepacking.

More specifically we had come to ride to the sea. All of us had backpacked before and all of us were cyclists, but how the integration of the two would work was based on assumption. Most of us could only think about it, like we were trying to imagine orange when our experience had been strictly limited to yellow and red. Fortunately Daniel had selected a group of people who, for this adventure at least, were able to rein in a modicum of our typical hubris, to the point that important questions were deferred to the couple of group members who had prior bikepacking experience.” -Kyle von Hoetzendorff

Then you know it’s gonna be good. See the whole (it’s a big one) MSOJ MTB shit-show (MSOJMTBSS) at Yonder Journal and check out some sample photos below! 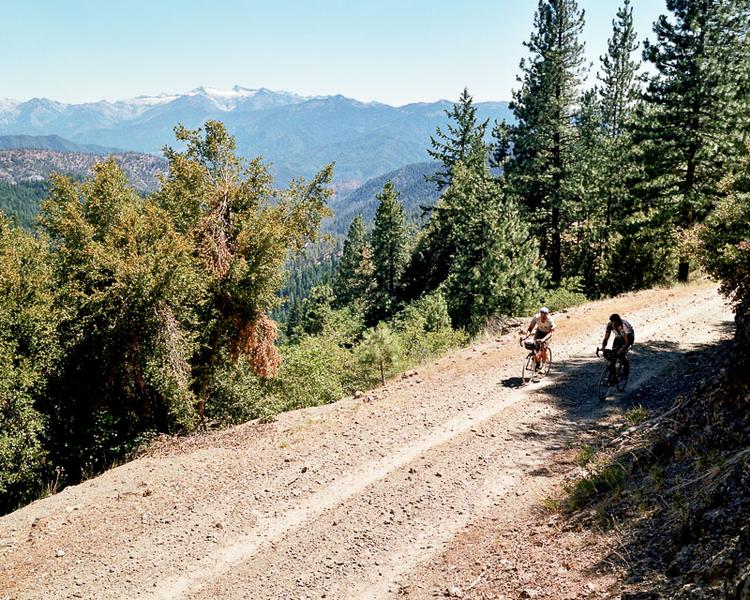 Man, while this is certainly epic in the greatest sense of the word, it looks like a miserable ride. Some gents decided to tackle Rapha’s Festive 500 in one go: from Paris to Haarlem, Netherlands. It’s a long watch, but if you’ve got the time, it’s worth it. Or, let me summarize for you: a lotta windy, wet, riding.

Hats off to you, gentlemen!

Also, don’t miss the rest of the Flickr photos! 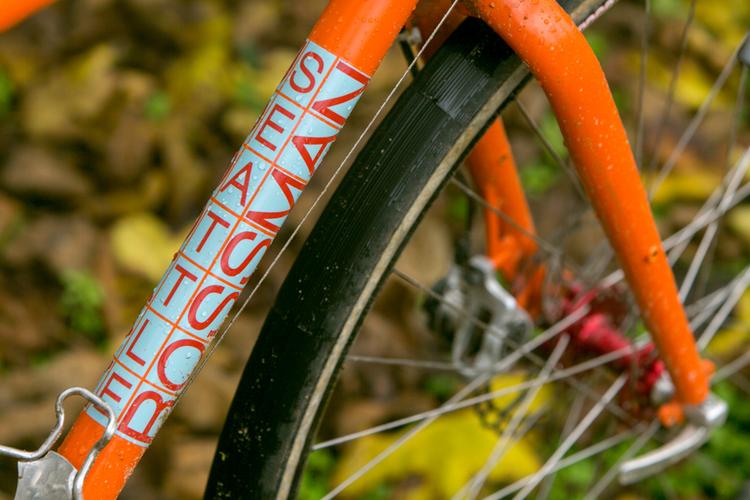 This bike has a long, jaded history, beginning with the early days of the Rapha Continental. I’ll let the story be told by others, because I’ll surely miss some important detail. The short of it is, this frame sat in two separate basements for over 10 years before finally being powder-coated and built up to be ridden on the last Brovet here in Austin (literally, he built it up the day before).

650B, tubeless-ready, Shimano 105, single speed convertible, off-road geometry and a bright orange paint make this Rossman a very unique and strange machine. Is it a “gravel grinder”, a tourer, or a cross bike? Who knows.

Hahn Rossman‘s builds have past the rigorous testings of Bicycle Quarterly and I have to say, this is my favorite bike of Hahn’s to date! Catch it at the Seattle cross races as Hahn thrashes it in the single speed division! 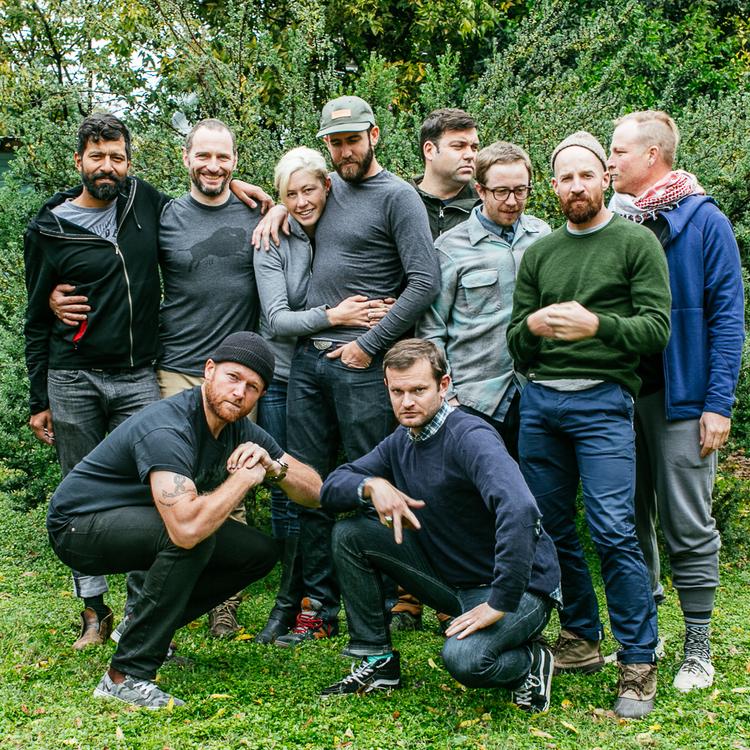 At this point, we’ve all come to accept the fact that the Brovet is cursed! Yonder Journal was in Austin for Brovet #04 this past weekend and after all the warm weather we had the past few weeks, mother nature turned on us yet again.

The temperature dropped over 40 degrees in 7 hours and as we set out into the mid-30 degree, rainy, windy weather, all we could do was laugh. Ok, so no one cried, but we were all pretty broken.

Even though we didn’t finish the route I planned, we all completed the altered course. Check out a few Instagram photos from the ride below! Of course, there will be more from Yonder Journal and myself in the future… 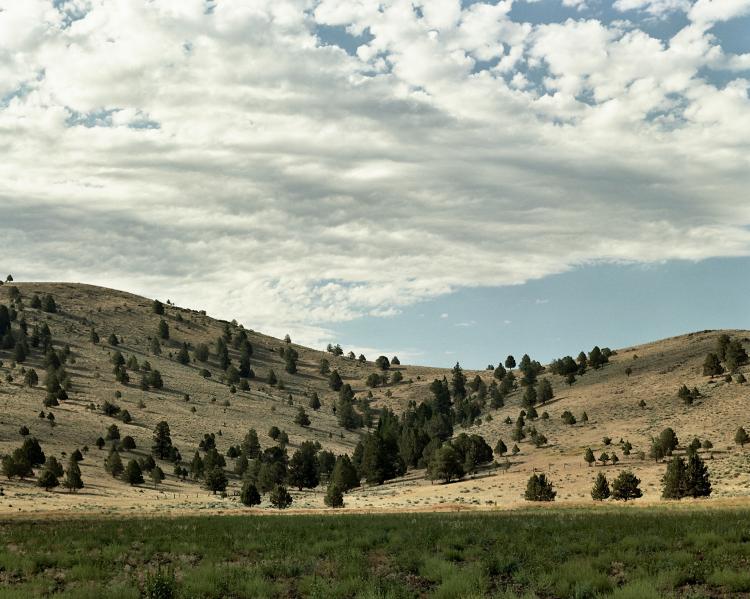 The guys from Yonder Journal are in Austin for 48 hours, 30 of which, we’ll be spending riding 300 miles on a route I’ve pulled together. For now, the ride is being called the Enchanted Rock Permanent.

Even though the weather was in the 80’s here all week, tomorrow, it’s supposed to be in the low 30’s, rainy and a 20 mph headwind tomorrow.  So, what I’m saying is, it’ll be interesting!

Bonking. Everybody bonks bro. We’ve all been there and if you haven’t, then you’re not challenging yourself. Not that I’m proud of myself, or particularly happy to have dealt with the year or so of heckling from co-riders on this Brovet, but hey, that’s life.

After almost a year to date, Yonder Journal just posted the Guide to Brovet 02 and it’s a great read. Not to mention the great photos! Also, if you’ve ever wanted to read someone really dig into my failed efforts, don’t miss it.

See the full Guide for Brovet 02 at Yonder Journal and have a laugh.

P.S. I look hella fat in these photos! 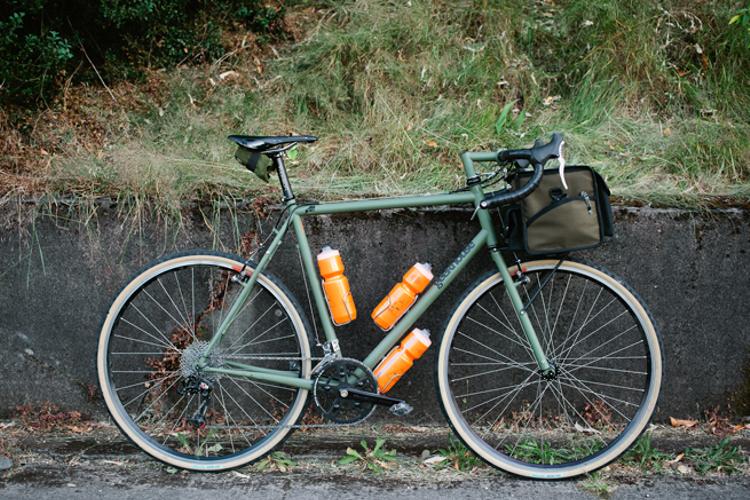 Starting today, I’m setting out for a ride in the State of Jefferson with 10 friends. We’ll be taking on 250 miles and 32,000′ of elevation in a 24 hour-ish time period through some of the most remote roads in Oregon and California. It’s a true Brovet… We’re actually beginning the ride on Tuesday, but will be at a remote camp site all day today. Expect a black-out period here on the site until Friday.

That said, I’ll be active on Instagram @JohnProlly as long as I have service and battery life. Follow the happenings via the #GoYonder hashtag, follow @YonderJournal and I’ll see you on Friday!

Sure, it’s been alive for the past year but today, it lives.

The Cultural Anthropologists and Sportsmen behind YJ have uploaded extended Studies, more Guides, better Briefs and even a web shop filled with shirts and patches. .

Most importantly though, their site is the perfect way to meet people and view places you’ll probably never see in real life… but what’s stopping you?

Getting out and doing a big ride is a bit easier when you’ve got a cue sheet and great photos to help you along the way. The Yonder Journal Brovet 01 – Old Ridge Road Permanent Book is just that. Over 30 pages of absolutely stunning photographs taken during the ride and a official Brovet card so you can earn your patch. Whether or not you do the ride is entirely up to you…

Pick up one of these high-quality, printed books at the PiNP Web Shop for $15 shipped in the US and $20 shipped internationally, for a limited time only. 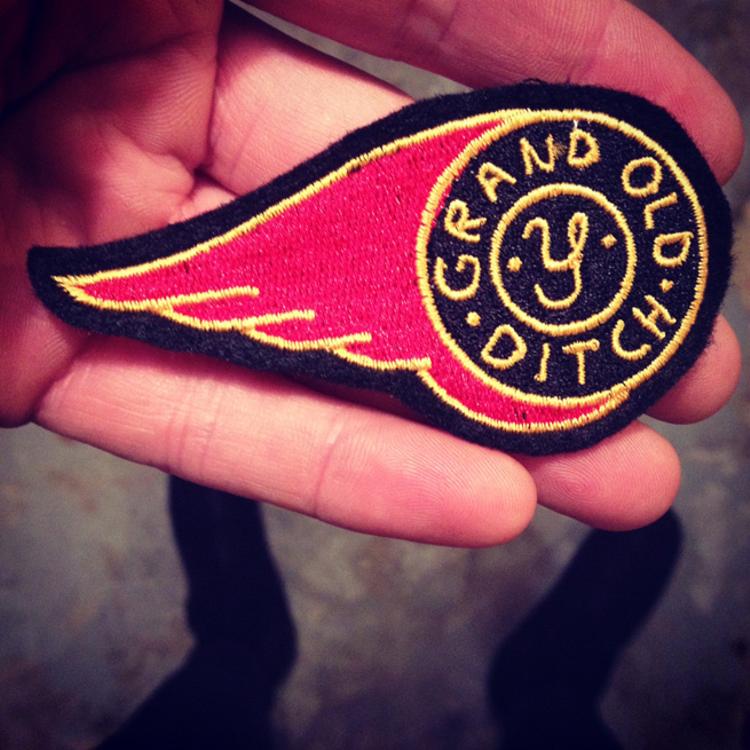 This ride broke me and I’m not ashamed to admit that. After 8 hours of riding in 25 degree weather, through headwinds, frozen rain and mud, I cracked. When I packed for the trip to NYC, Philly and this ride, Sandy wasn’t even on the map. So I left all my rain gear, winter gloves, jackets and wool at home in Austin. In a mad dash to acquire appropriate gear, I found myself without a lot of options.

Cheap gloves, leg warmers and a packable rain jacket quickly reminded me that I was underprepared for the weather we faced out of Pittsburgh and into the mountains. For the entire morning, my body convulsed as I shivered. My hands went numb for hours and I was soaking wet from head to toe. I still can’t feel my finger tips or palms and my jaw was sore this morning from chittering all day. But today was a different story… We’re sitting just outside of DC, awaiting our flights home.

More on this story to come. For now, check out the #GoYonder Instagram tag and I want to thank all the dudes who made this trip so memorable!