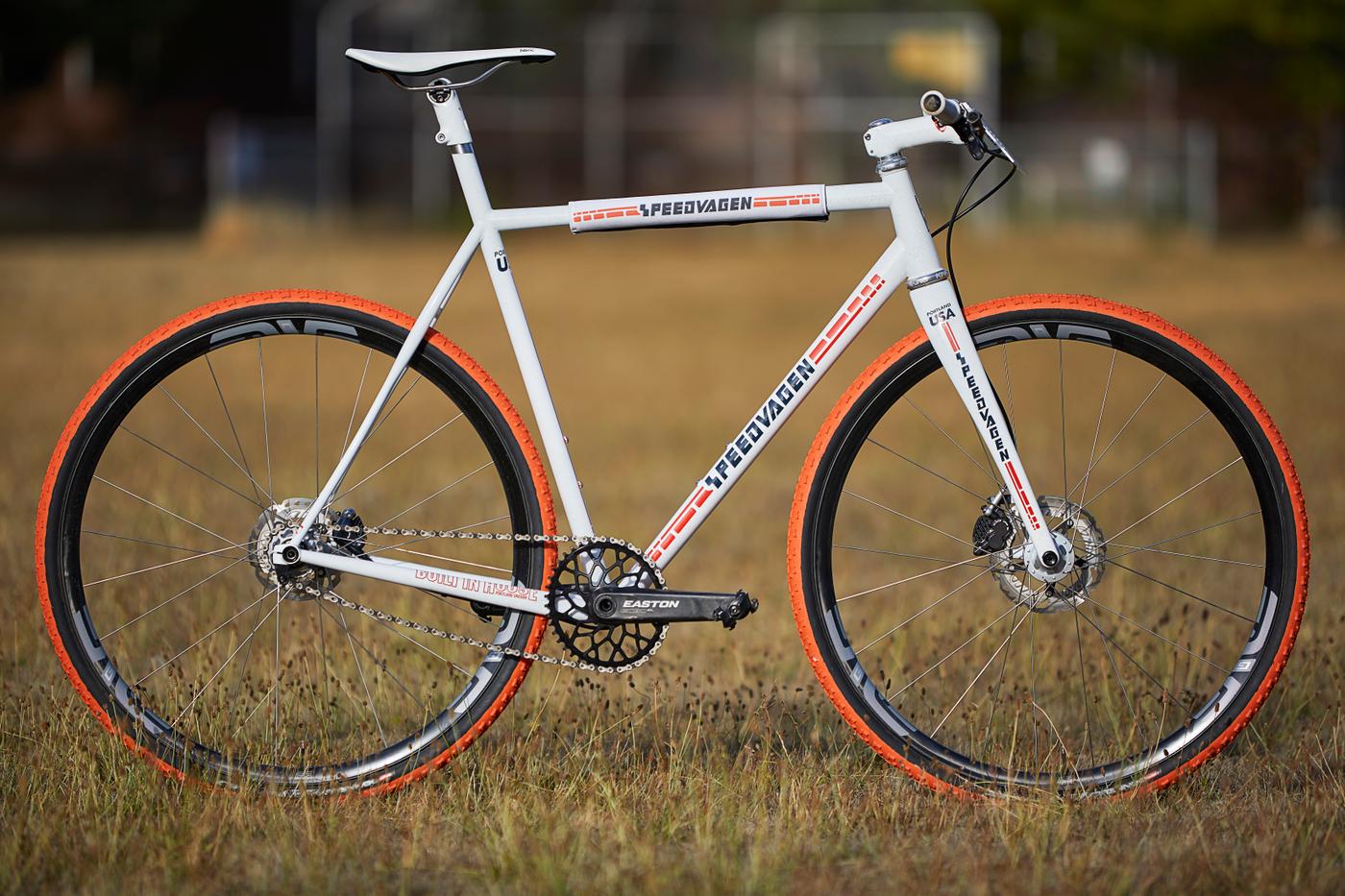 I spent my early years in Norman, Oklahoma. My brother was 8 years older than I was and it was the early 90’s. I really looked up to him back then. On the weekends we would ride, skate, and walk to a local convenience store that had a few arcade machines to play Street Fighter II. I was too small to push a skateboard as fast as he could (my first crash memory was busting my lip trying to keep up on a skateboard) so the bike became the mode of transportation I gravitated to. It meant I could keep up. After I graduated from my first pedal bike, a red second or third hand Raleigh Mini Burner, to a “big kid” bike, my brother had the idea to take that old Raleigh and modify it. This was the first time I realized that a bike had to be built and that they could be customized and personalized. I guess until then I thought all bikes came “as is” from the stores. His first move was to acquire a set of Skyway Tuff wheels. The wheels were unlike anything I’d seen before. The entire process of changing parts and making something that I thought wasn’t cool anymore, into this new form blew me away.

As a visual person, I can still remember the bikes, colors, outfits, and board graphics from the early 90s. Because of those Skyway Tuff wheels, my world was opened to BMX and skate mags. The bike that was burned into my memory was the Skyway Street Beat. Last year’s cross season – my first season, and launch of the @speedvagensscx team – reminded me a lot of those early years, as it was my first year racing cross, or ever on a proper team. Nearly all of our riders have been racing for years if not decades. I picked up any advice I could and tried to learn as much as possible, reflecting back to all those years chasing my brother around on my bike. For the 2019 cross season, we are doing a tribute to the big brothers, sisters, teammates, and friends out there. The ones that made us realize a little bit more of how the world works and influenced what we thought was cool at the time.

To the people who inspire us to try new things, expand our boundaries, and of course, the ones who got us out there racing, thank you!