There’s something special happening right now within the US framebuilding industry. Something that ought not to be overlooked, no matter how too good to be true it might seem. Before we go any further however, I must make one note: a production frame is not a custom frame. There’s a misconception that everything made by a framebuilder is custom. A production run is a series of sizes, made in an assembly-line process, which drastically reduces cost on both the builder’s end and the consumer’s end.

With that come a few issues: one of which being fit and others include – often times – paint choice, or adding extras like braze-ons, pump pegs, chain holders, etc. The most important factor however is fit. Many people are driven to a framebuilder due to fit issues, but a majority of the population can be fit on a stock geometry with a series of tweaks. That said, the geometry for these stock sizes has to be able to accommodate.

Enter Wraith Fabrication, one of these new US-made production companies, headed by an existing framebuilder, Adam Eldridge of Stanridge Speed. Now, why would a framebuilder make another brand to sell bikes? Because of their construction: Wraith is tig-welded, Stanridge is fillet brazed. Adam isn’t the first fillet-braze builder to move onto a brand reliant on tig welding, either.

There exist a series of tig-only framebuilders who build production bikes for various brands, including Wraith Fabrication. Wraith now offers a disc cyclocross bike, the Paycheck and a road bike, the Hustle. These frames are built from Columbus Life tubing, with Ohio-manufactured head tube cups in Oregon and then painted or powder coated in Ohio.

Adam designed the geometries, specs and brought the project to life… using magic? Nope. Just a solid production. I got to take one of these bikes, the Paycheck disc cross bike for a series of rides over the past week. Check out an initial reaction below… Adam bought bulk tubing, forks and paints the frames in Ohio, where it’s cheaper. All of this to lower the oftentimes unobtainable “US made frame” pricepoint. How low? $1,350 for frame, fork and headset. Clearly, Adam is not doing this to “cash in” on the market.

Now, it’s not all angel farts and spectral shredding. Like any production line, there can be hiccups. For instance, this frame in particular doesn’t have bottle bosses, but has fender eyelets on the fork. Granted, this bike in particular is a review bike, which usually means it’s got a flaw or two. The initial production run came with bottle bosses, as specified by Wraith. Personally, let’s overlook that one detail, because I just ride with a bottle in my jersey pocket. 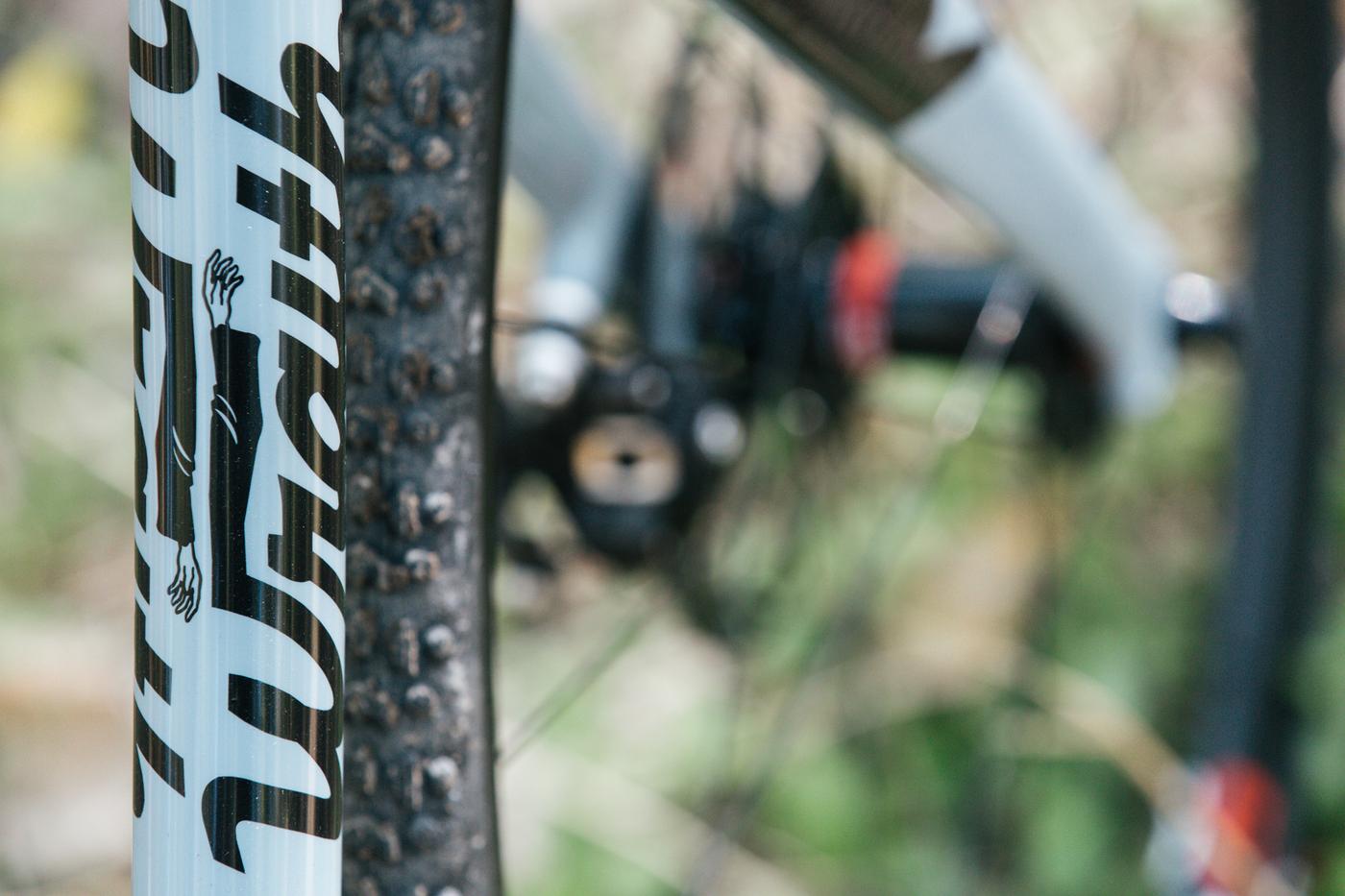 Wraith sent me their “Med/Large” frame, which measures 55cm square on the nose. I’ve done my best to tweak this bike to fit me. Which isn’t an easy task. Not because of the frame itself, I’m just one of those individuals that benefits from a custom frame due to my body’s proportions. For reference, my Geekhouse is a 60 seat tube, center to top and a 57 top tube with a 73mm BB height. The Wraith is pretty small on me, but the lower bottom bracket (70mm) and positive rise stem helps a bit.

I should note that I dropped the seat post a few centimeters for the photos to keep the proportions balanced.

After a few quick spins over the past few days, I’d say the geometry is incredibly capable of handling everything from racing to trail ripping. For racing, I like the bottom bracket to be a bit taller (the Paycheck has a 70mm BB height), but for trail riding and fire road rides (dare I say gravel grinding), I prefer a bit of a BB drop for increased stability. 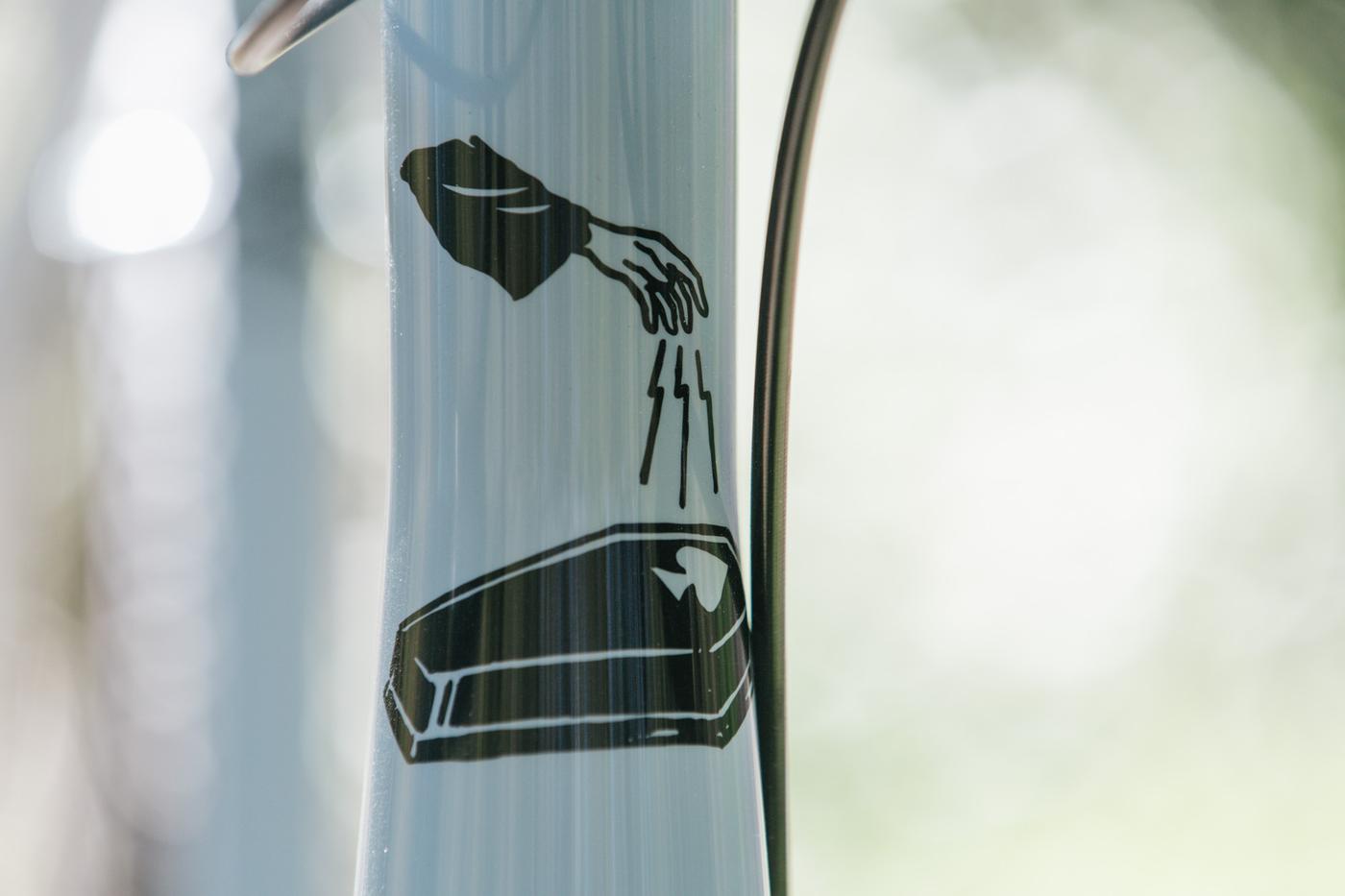 One of the biggest concerns with steel bikes are their overall stiffness. With the Paycheck, that massive tapered head tube and either Whiskey or Columbus carbon fork (depends on availability) take care of that problem without even blinking an eye. The oversized Columbus Life tubeset then delivers on the rest of the frame. 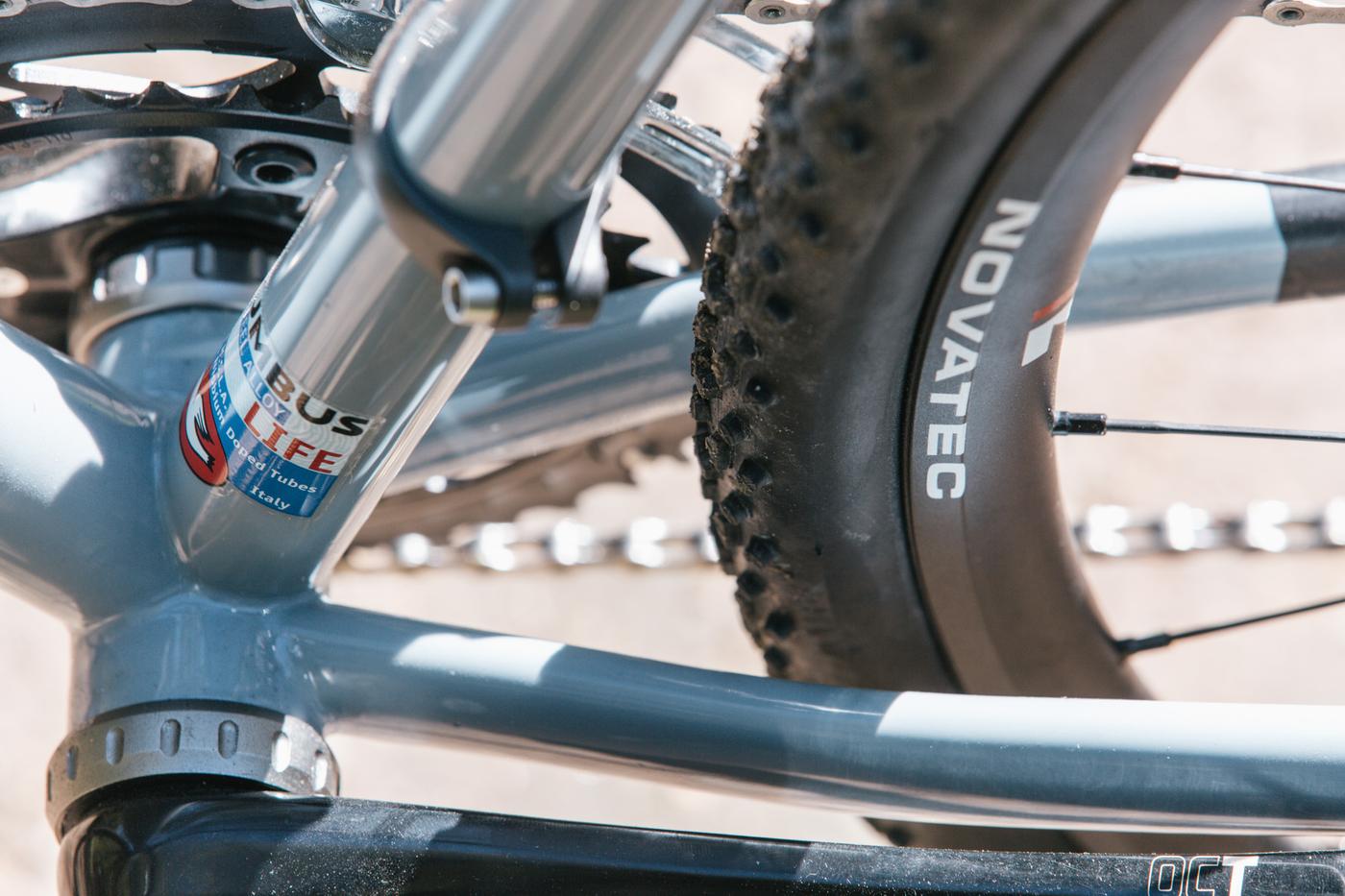 Clearances? Although shown with a – what feels to me as – dinky 33c Grifo, the Paycheck has clearances for a large tire. I’m thinking I’ll put those new Clement tires on it. One striking detail I found was the lack of a disc brake bridge on the non-drive stays. Now, this tubing could in fact be stiff enough to opt out of a bridge. I’m not an engineer, so I’ll leave it up to the builder. 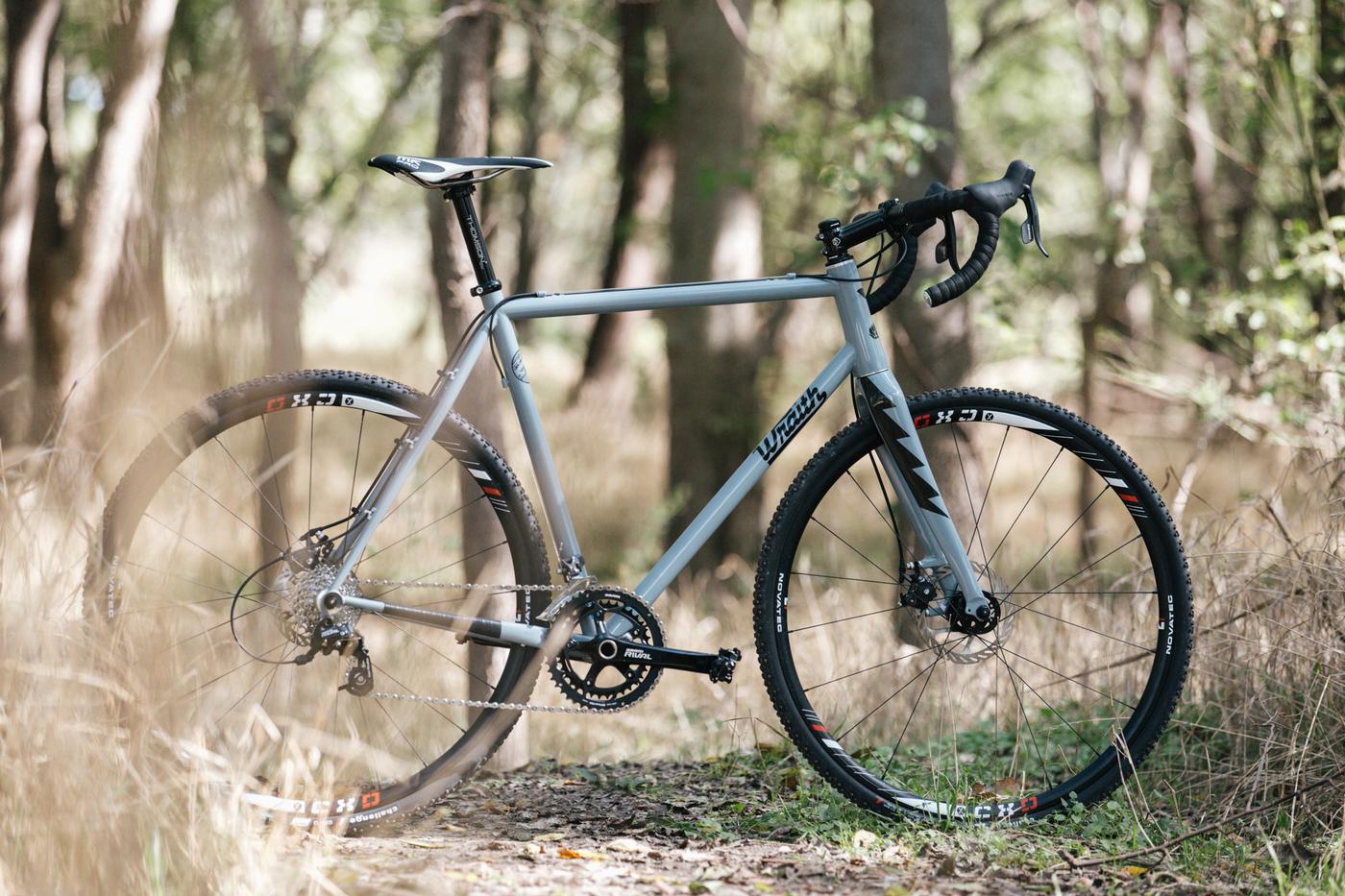 As far as this build, it’s a very modest parts list, including Novatec disc wheels, SRAM Rival, FSA headset (included) and an aluminum cockpit. I even stayed true to the specifications with a set of ISSI pedals, QBP’s answer to a more affordable SPD.

The build weight for this bike, a size Med/Large is 20.25lbs as is. Not bad for a disc brake bike! Adam has built up a 16lb bike with ENVE wheels and carbon parts. I bet you could shave even more off with a Wolf Tooth or CX1 build kit. It’s tough to say what I think about this bike, right off the bat anyway, because it’s too small, but over the next few weeks, I’ll find various local riders to test it out. What I can say is that more important than this particular bike is the notion that maybe, just maybe, US-production is gaining traction once again.