Growing up outside of Eugene, I’d spent Summers camping and swimming in the rivers, lakes and hot springs that define the west side of Oregon’s Cascade range. Mountain biking was still a fledgling sport at the time and I was only vaguely aware of the burgeoning meccas sprouting up around me. Since I really only started riding after high school, I’ve been wanting to get back home to do some bikepacking for a while, but the right conditions just hadn’t come around. With all the rad work that Gabe and crew have put in making the Oregon Timber Trail a reality, the interest was brewing and a small crew started to form. Adam and Sam, childhood friends from Colorado, would come over with me from Bozeman, Corey and David, childhood friends from Ohio, would come from Seattle and LA respectively, for a week or more of shredding central Oregon. 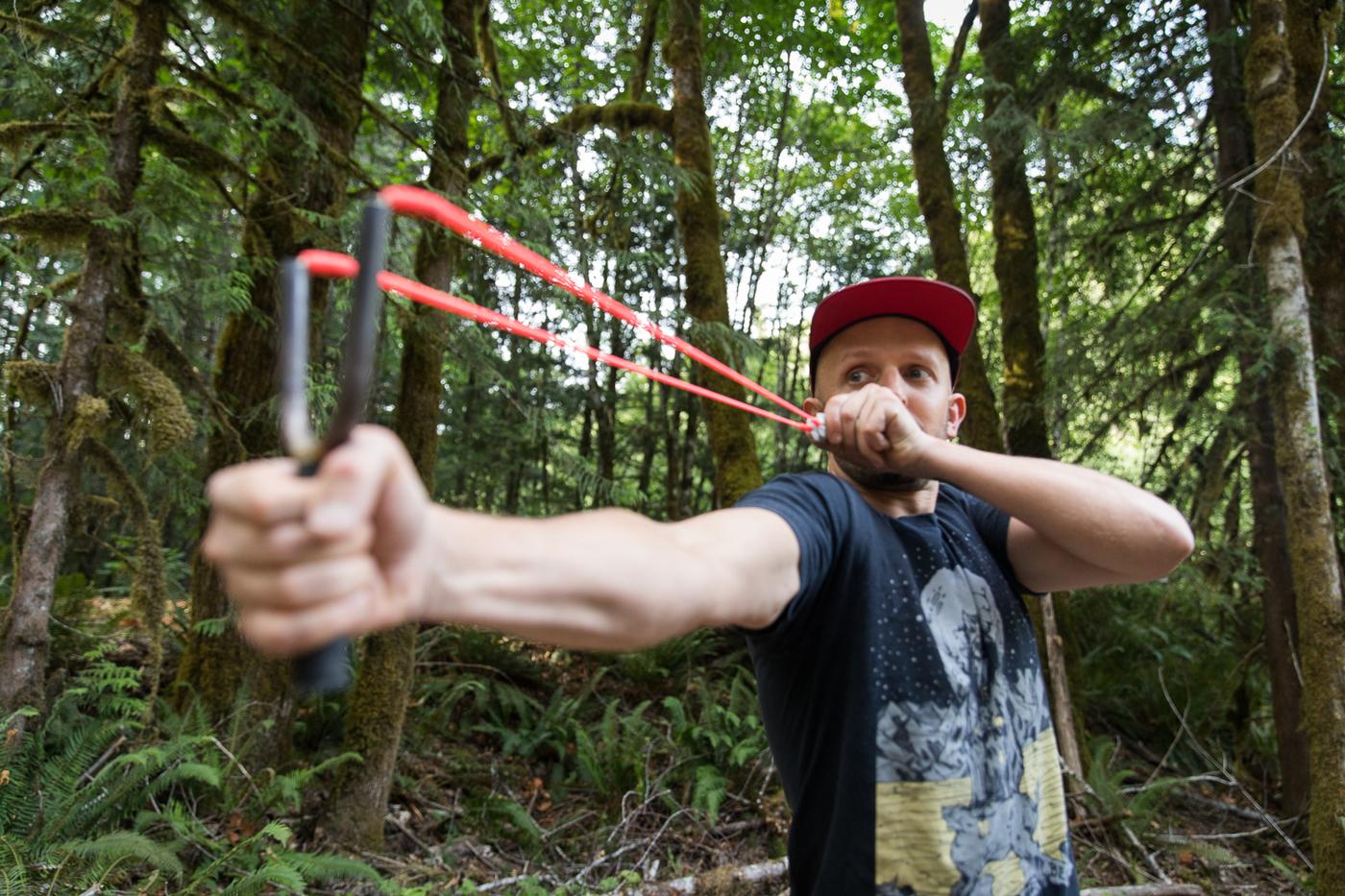 After somehow scoring a place to stage our gear in a posh guest house rented by Cory’s eloping friend from Seattle, we gazed out at the dry, deserted landscape our first evening and took stock of the situation. Thick smoke continued to billow out of the nearby Milli fire, and the fire closures forced us to recalibrate our plans. We also had come to the totality-zone of the Summer eclipse on purpose, and only then, stupidly realized that our route would take us out of totality. The smoke would be hell to ride through too and talk even drifted toward bailing south to ride the Tahoe Rim. After pouring over the maps and debating, we decided that rather than riding a big chunk of the Oregon Timber Trail, we’d just seek out some of the best singletrack in Oregon, and try to get on some of the OTT to knit it together. 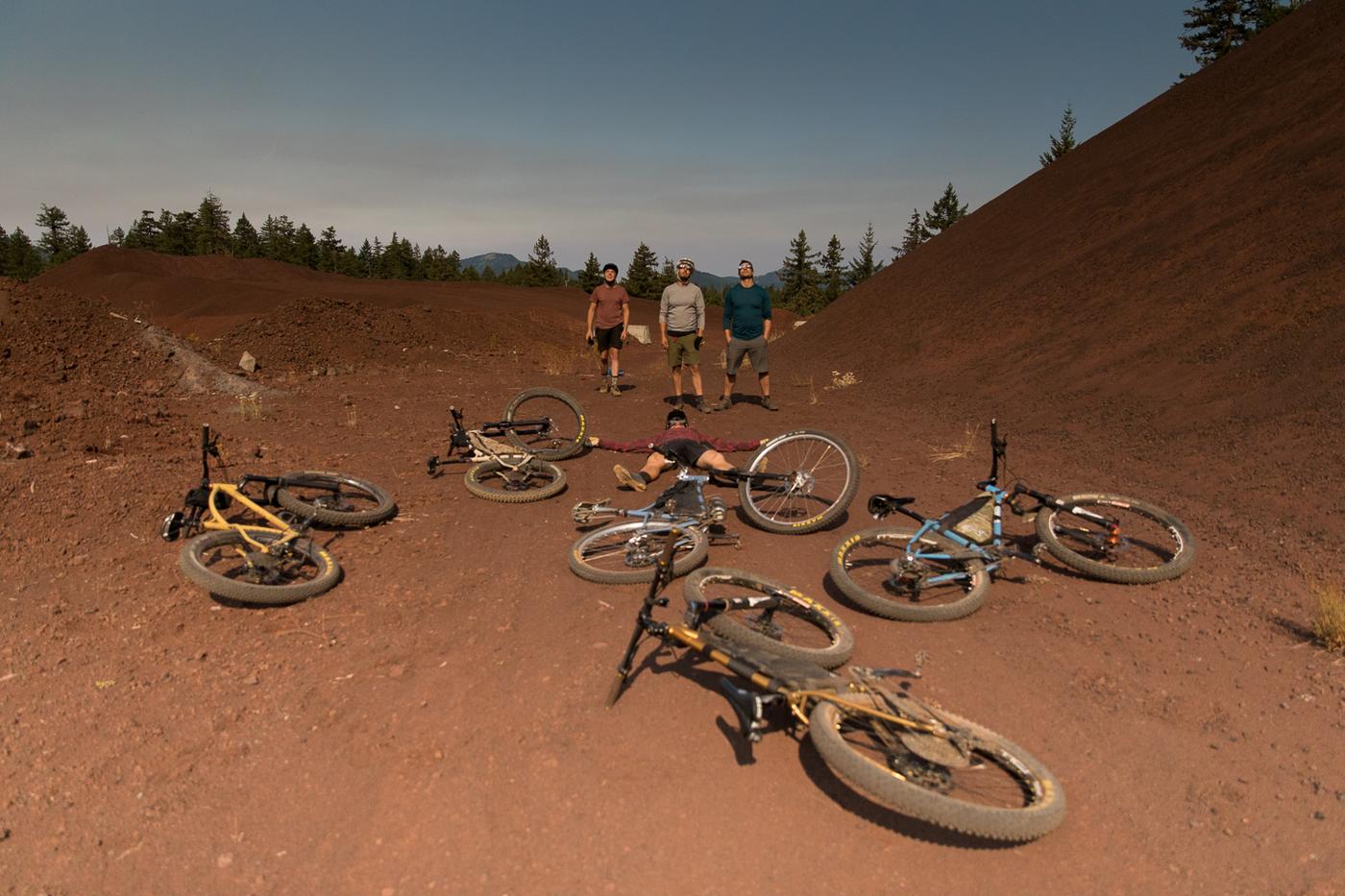 The day before the eclipse we headed into Sisters to check the fire status and to do a day ride on the McKenzie River Trail which we confirmed was not under closure. It’s an unreal trail—lakes, waterfalls, and blue pools, connected by 25 miles of ribboned singletrack that has technical and flowy terrain in equal measure. Contrary to what we’d heard, there was camping everywhere despite the mass migration to check out the eclipse. The next morning with totality looming, we headed to a nearby lava crater for some hootin’, hollerin’ and freeridin’ under the light of the eclipsed sun. The next day we gathered our bikepacking setups and drove to Bend where we jumped on trails that would circumvent the Milli Fire trail closures and take us up into the high country, headed for Oakridge. This part of the OTT is amazing as you ascend out of the dry high desert lodgepole forests and work your way toward the lush ferns and old growth Douglas Fir that populate the wet western side of the range. We breathed smoke and ate a lot of dust the entire way, and the smoke made the light strange and surreal, as well as killing any distant views. 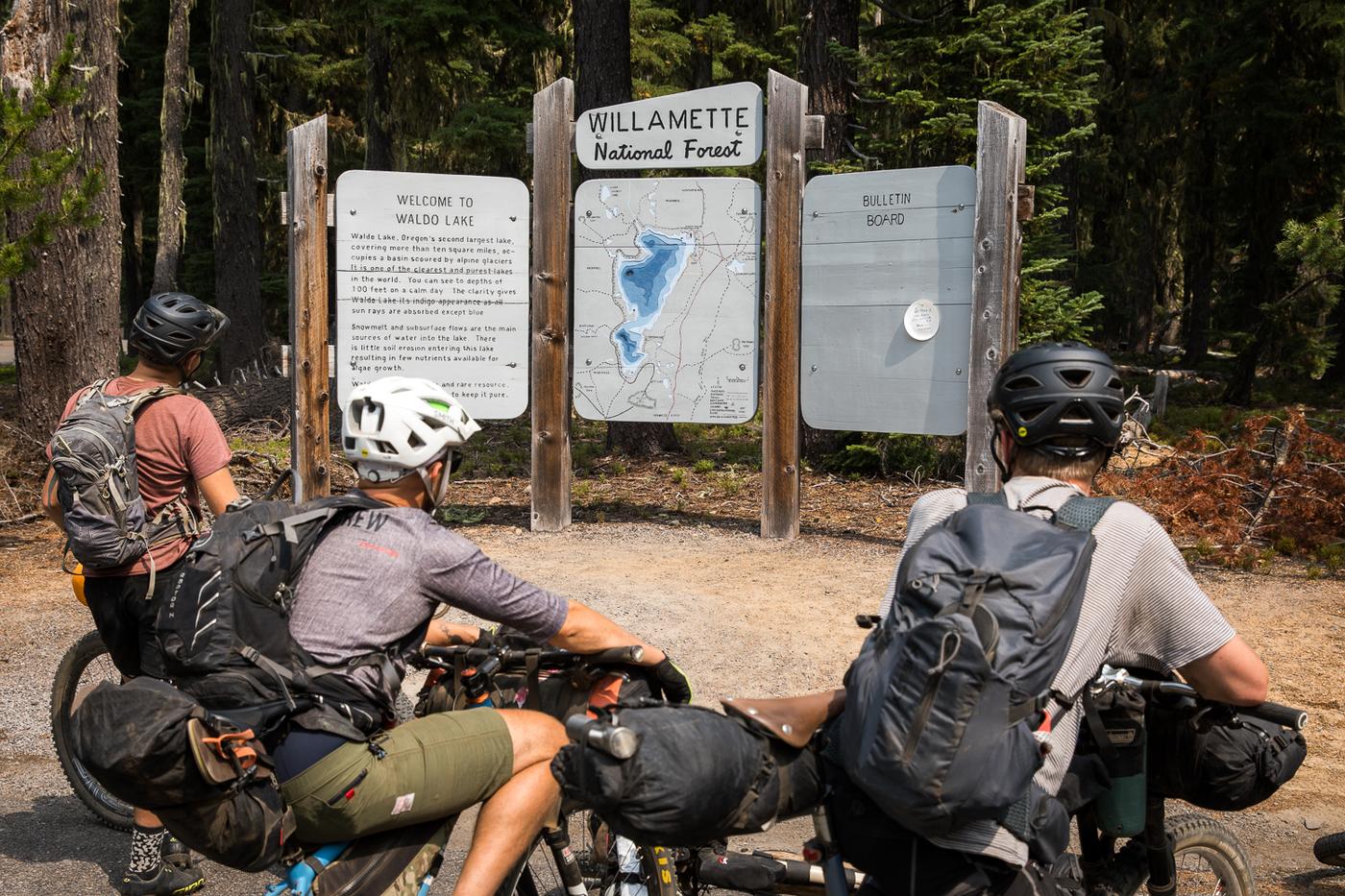 The lakes, lodges, and ripping descents kept our minds off of the smokiness. Bunchgrass Ridge was a highlight, and the descent down into Oakridge was so rad! After some laundry and clean up we decided to ditch the smoke and headed up to Hood River for some berms and flow at Post Canyon and the 44 Trails. In just over a week’s time, we covered a lot of ground and had a heckuva time! Oregon is getting a lot of renewed attention these days, and for good reason.

Thanks to Gabe and everyone who is helping keep Oregon’s public lands an amazing place to visit. We’ll be back!