Spain is known for its people and their energy. Dinners at 10:00 p.m. are not unheard of, if not mandatory, in order to fuel the even later “madrugada”—a word used to describe that amorphous and intoxicating time spent in the streets after midnight and before the sunrise with hundreds of other souls savoring every last scrap of their waking hours. When I visited Spain twenty years ago I was a sponge for this lifestyle and spent six months in Madrid soaking up the culture, the clubs, and the calimocho. But this trip would open my eyes to an entirely different Spain, one more suited to my forty-year-old self. 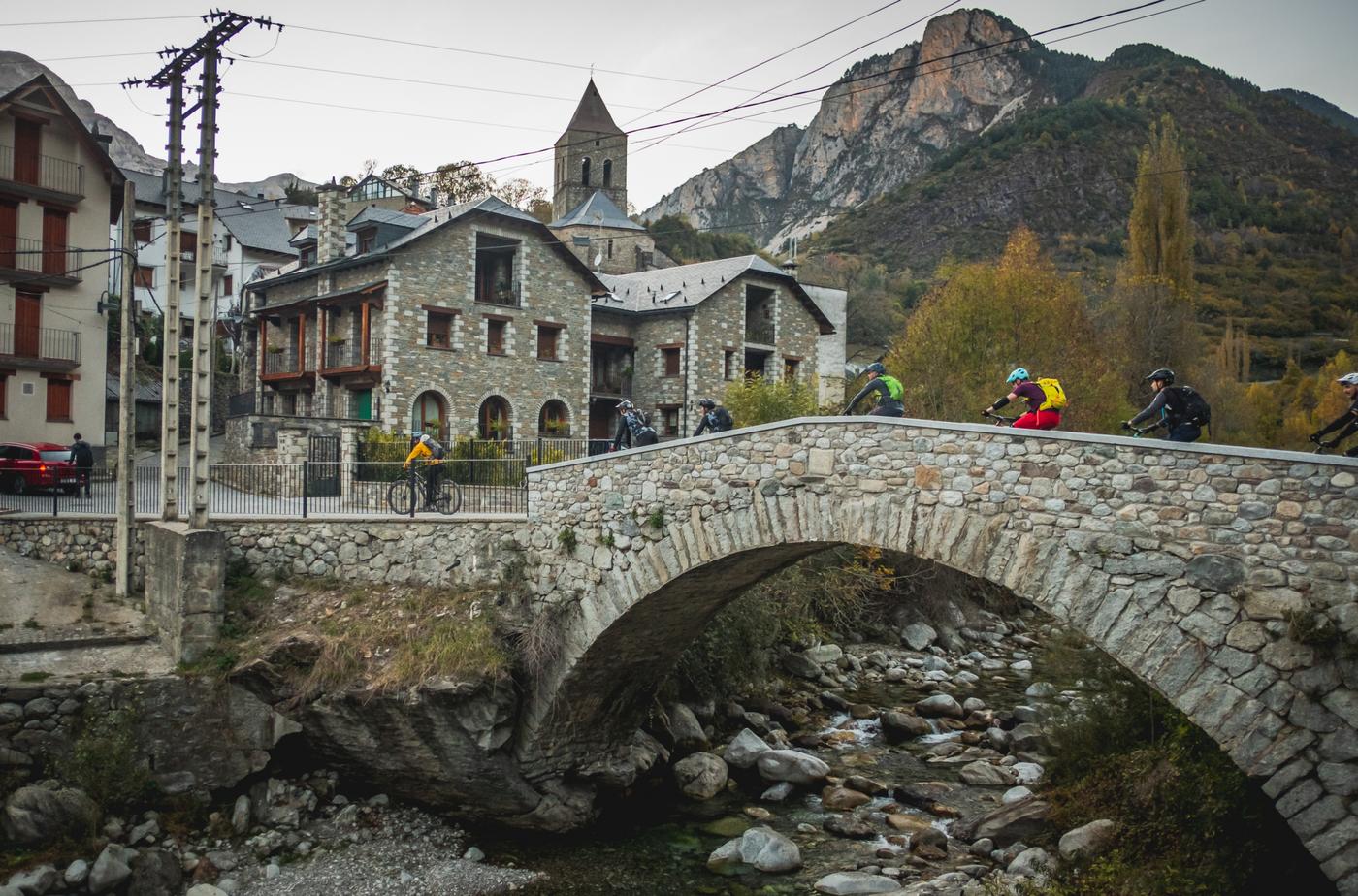 As soon as I stepped off the bus in Basque country I was surprised at how familiar it felt—San Sebastian’s climate has a very similar feel to my home in Oregon. The river, the bridges, the parks, and the lush green climate. But I wasn’t here to enjoy Basque country, I was here to travel inland, high up into the Pyrenees with Basque MTB and ten other adventure seekers from across Canada and Europe. We were trading the intoxicating immersion of the madrugada for the captivating loneliness of the Senderos and montañas salvaje. The backcountry singletrack and wild mountains of rural northern Spain. 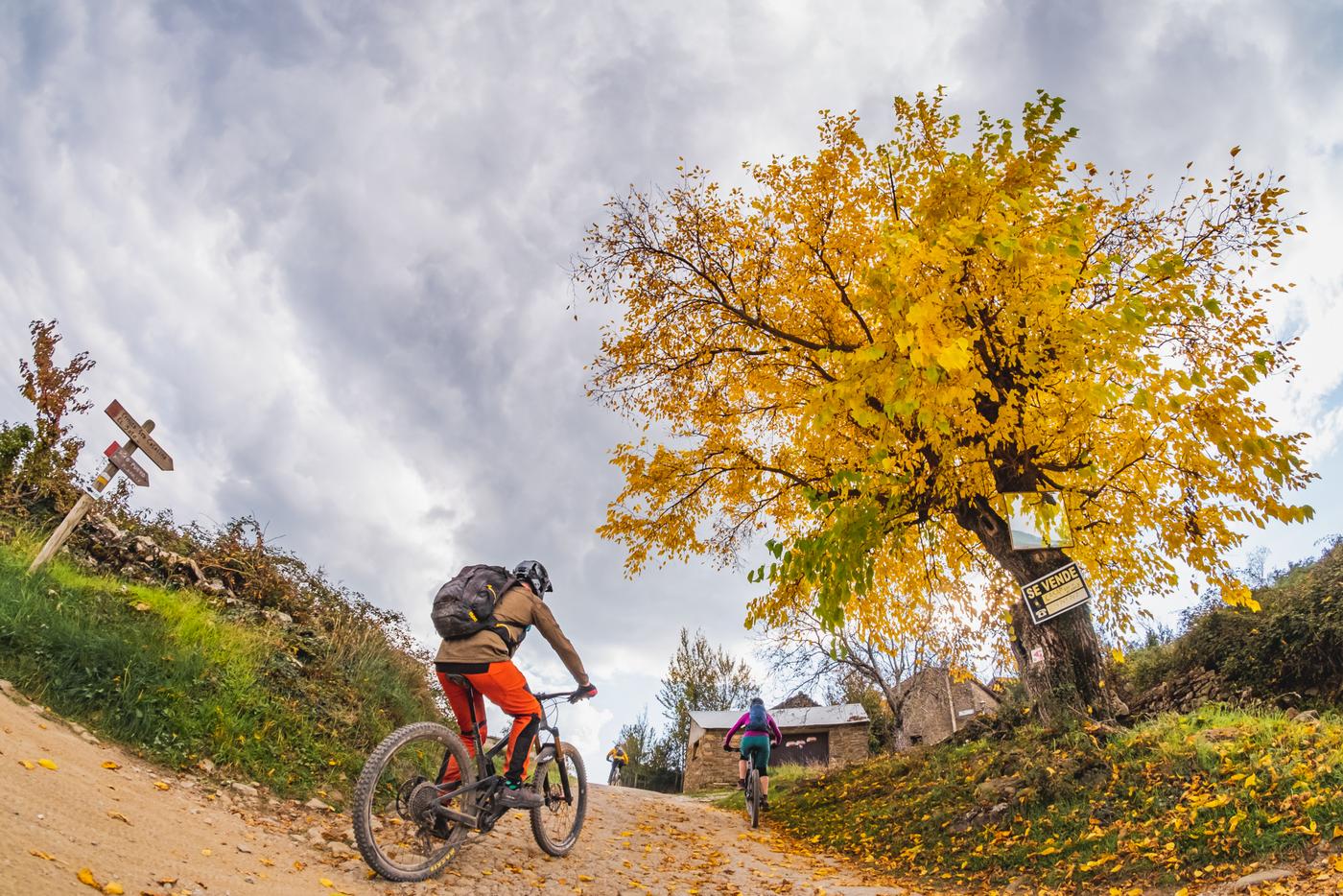 Typically I prefer to plan my own trips, poure over maps, and figure out the logistics—it’s half the fun for me. But I had to remind myself that this was a vacation, a term almost as foreign as Spain was to me. So I uncharacteristically booked a trip with a MTB guide, and hoped for the best. On the first mile of the first day, while descending a narrow rocky chute, I smiled knowing already that I had made the right decision. Doug McDonald met his wife and immigrated to Basque country from Scotland in 2007, and soon began exploring the countryside by mountain bike. What he found opened his eyes, and soon opened the doors to his successful business guiding adventurous riders from all over the world through one of mountain biking’s best-kept secrets—Northern Spain. That first steep track came after a breakfast of Spanish tortilla, seventeen different types of ham, cheese, fruit, honey, and café con leché in a high mountain ski chalet nestled in the Val d’Aran. We would soon find out this was standard—and necessary—breakfast fare for our grueling days in the saddle. That’s right, even though this was a heavily shuttle-supported trip, my body was sore in places it’s never been before after riding so much steep and rugged terrain. This isn’t hyperbole, by the close of the week we had descended 55,000’—almost 10k’ each day! 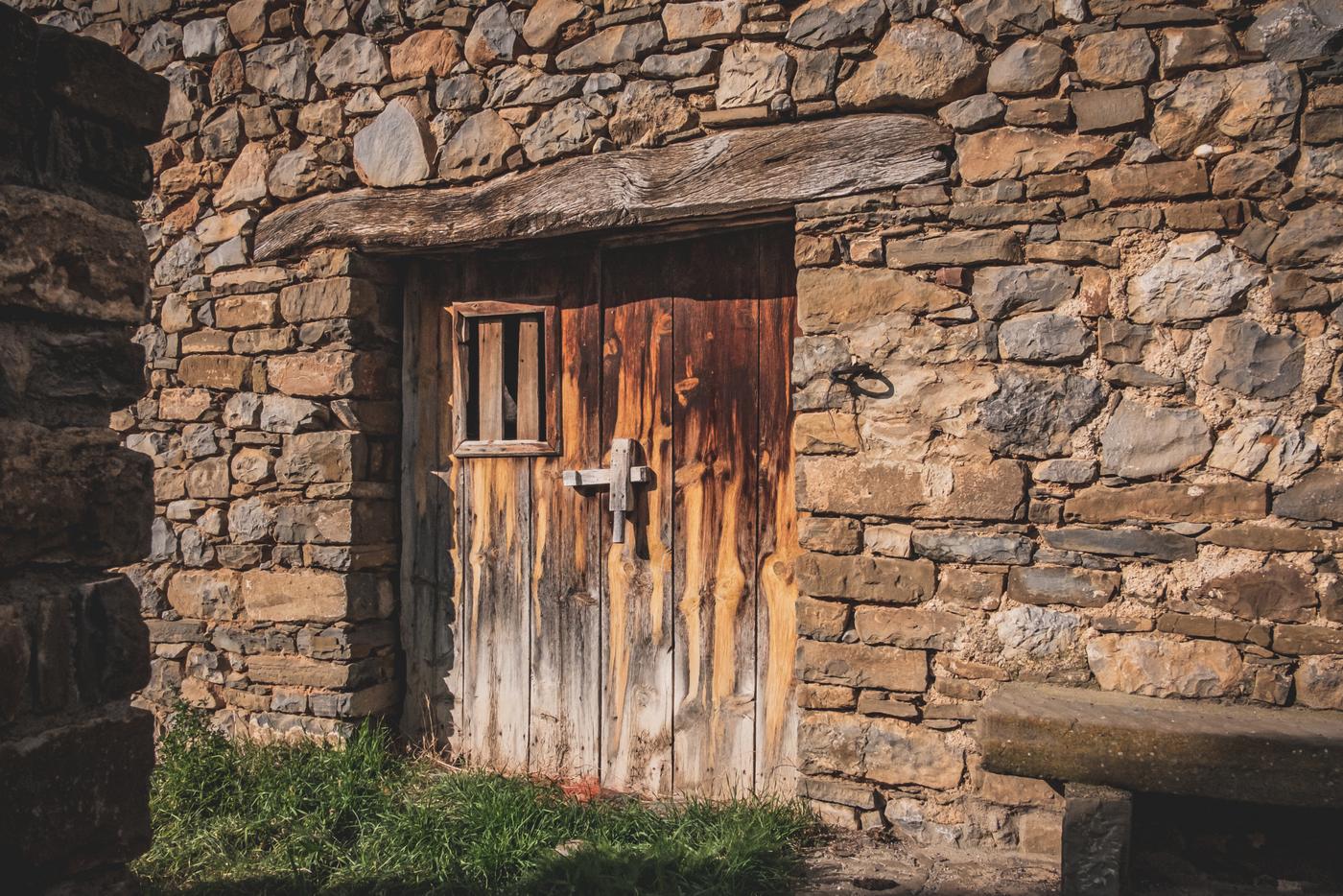 There was still frost sheathing each blade of grass as we checked over our bikes and tried to shake out the jitters of meeting a dozen new friends overnight. Then, mere seconds after dropping in, the universal language of brakes squealing and hoots of excitement filled the air. Already we were riding luge-like terrain, much of it steeper and rockier than 99% of what we have in Oregon. Uplift after uplift, day after day we had our eyes opened wider than the day before. Moving around from valley to valley, sometimes traversing ranges carrying our bikes over mountain passes we swung through Salardú, Vielha, Benasque, Cerler, El Run, Chía, Saravillo, Bielsa, Espierba, Oncins, and Aínsa. Known for the spring wildflowers, the Pyrenees surprised us in October with the equally vibrant autumn colors—shocking bursts of bright yellow in the dark pine forests and deep red foliage against the ombré granite and mottled limestone backdrops. The riding was exceptionally varied—excepting any trails that could remotely be classified as “flow.” The only commonality between each day was puckering steeps—Doug mentioned casually that he replaces his brake pads every two weeks and his tires every month. Rocky and loose switchback runs through dark forests, distractingly vast grassland ridgelines, 1,000 year old sheepherder trails through even older villages, talus passes, jumbled cobbles, and the lunarscape of Aínsa’s badlands treated us daily. Spain’s legendary food also treated us—usually offering the Menú del Día for around 15€. This includes wine without question, bread, two courses, a desert, and a mandatory cortado. There are dozens of food bloggers who can do rural Spain’s cuisine much better justice than I, but we stayed incredibly well-fed for our fully packed days of riding. I wasn’t sure what to expect from the Pyrenees but their splendor and emptiness wooed me. The countless tiny farming villages provided frequent refreshment stops, and the mountains never felt over-developed or overrun. During the course of the week we probably only encountered a dozen other trail riders and saw wild chamois (goat-antelope hybrid), the Quebrantahusos “bonebreaker” vulture, and mushrooms galore. The range tops out around 11,000’ and contains a multitude of valleys, cirques, glaciers, peaks, and tarns—all crisscrossed by a barely-visible mycelia network of rough and rugged singletrack and rustic stone huts. They all led me to one conclusion: next time I’ll be bringing my bikepacking rig. Check out the video below from one of the other riders on the trip who has a great YouTube Channel: