Fruita, it’s the mountain bike mecca you’ve most certainly heard about before and it was the meet-up location for our group after our road trip to Green River. We had people coming in from Minneapolis, Philadelphia, Bozeman, Northern California, and Southern California so Fruita seemed like a good starting point.

Then some bad news hit. While I was in Green River, I met some people who had fled their home base of Moab due to the Easter Jeep Safari. Oh yeah, it was Easter Sunday! Each year, supposedly 100,000 Jeeps register for the event, overrunning the small town and its trails. With this news, I immediately realized camping at Kane Creek was most likely not going to be able to happen, especially over the weekend. All this was in the back of my mind as I drove from Green River to Fruita on that Sunday morning. 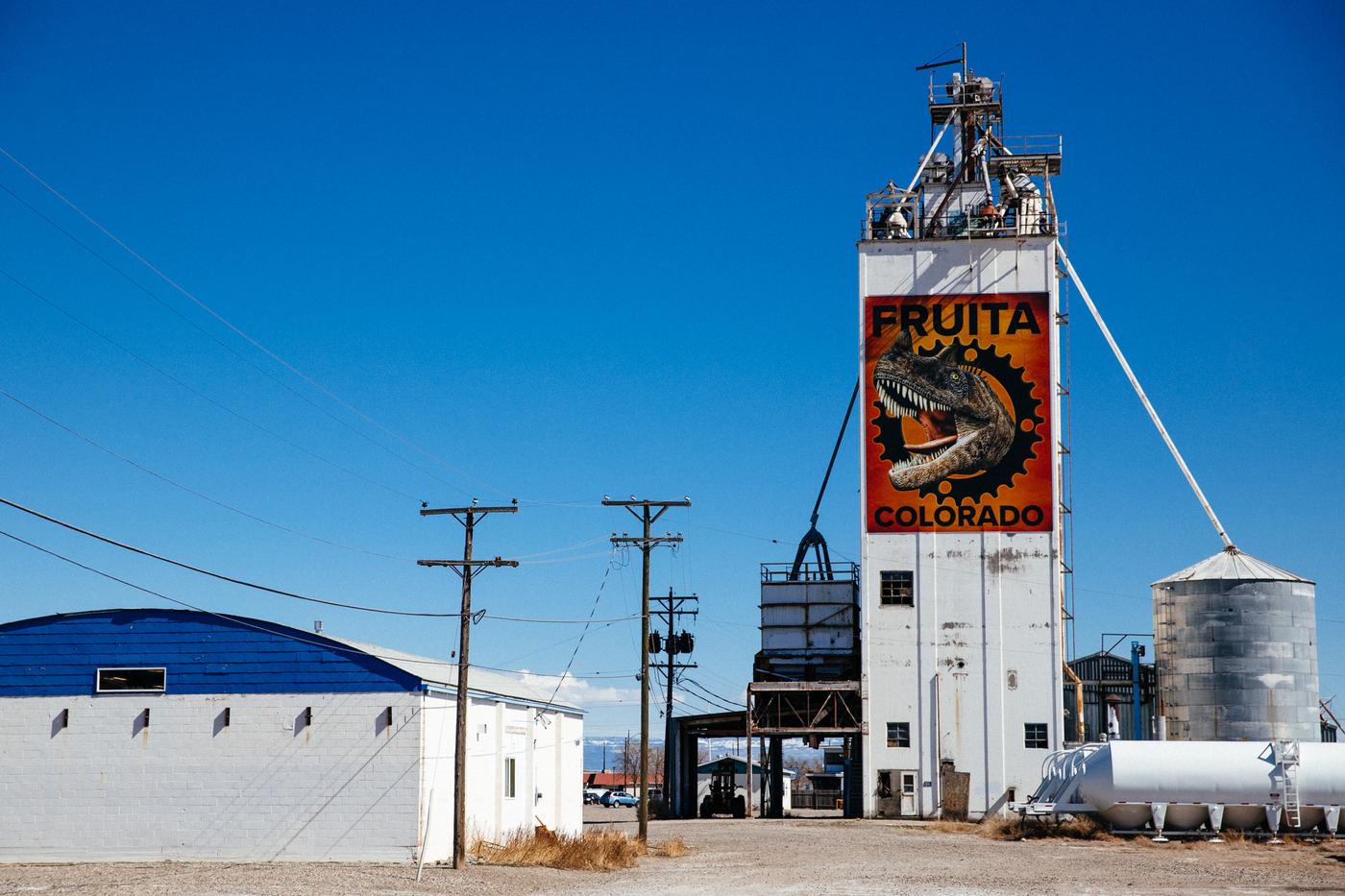 Fruita is an amazing little town, filled with a thick paleontological history and over the past decade, has seen a massive growth in their mountain bike tourism. With the growing popularity of the sport, even more trails have popped up and most importantly, ample places to camp alongside the trail networks. Our group was set to meet up off the Road 18 trails, at an overflow camping zone just below the trailhead. 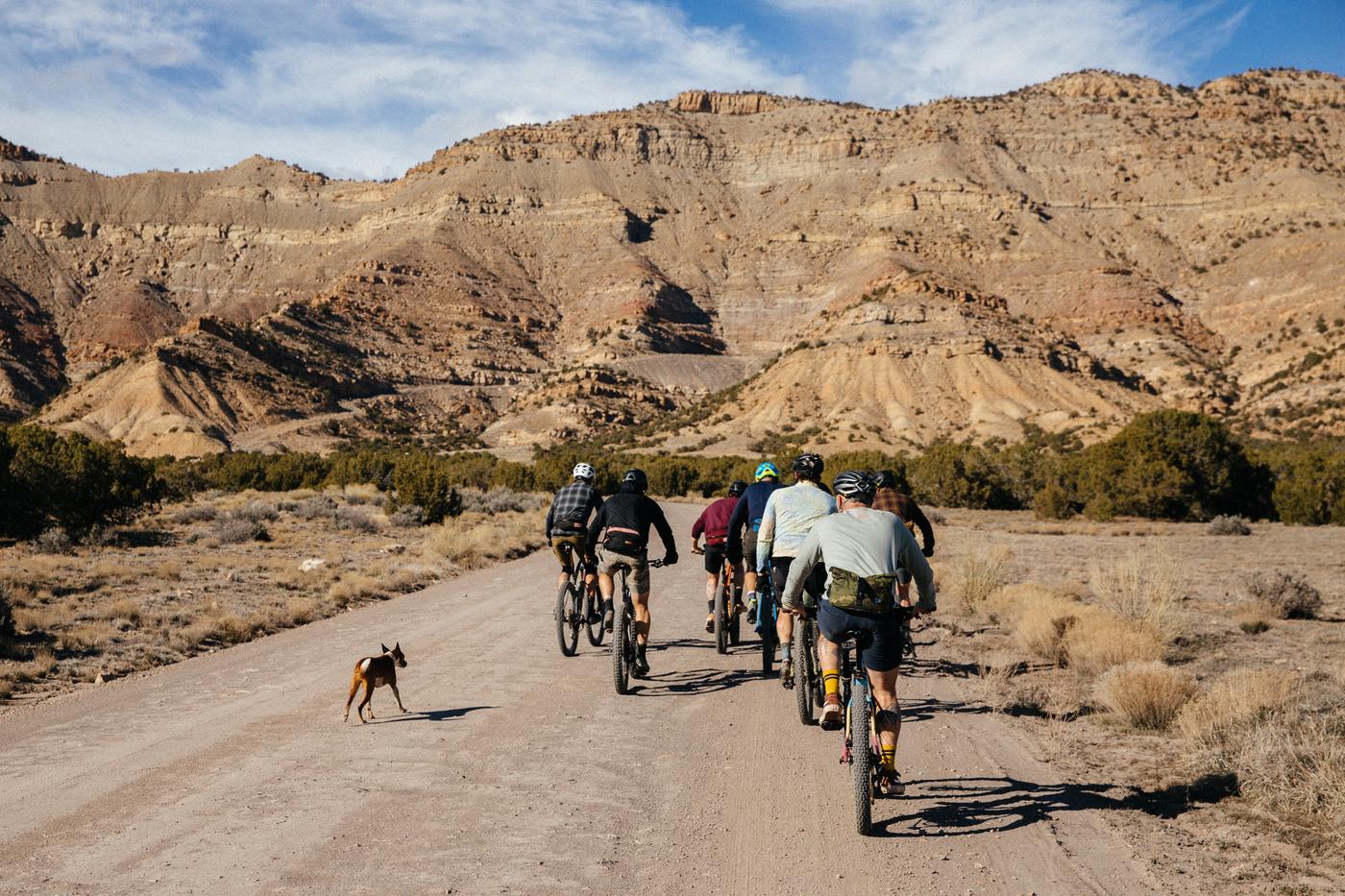 Groups this size are sometimes hard to wrangle, yet everyone had the same agenda on their minds; ride as much as possible. Half of our group hadn’t ridden a bike all winter and were eager for some high desert shredding. We’d ride the Road 18 trails before heading over to the Kokopelli region to ride Horsethief prior to packing up and moving the caravan back to Utah. This zone is unlike any trail system I’ve ridden before. With trails ranging from beginner to advanced, and although nothing is too technical, the trails’ beauty makes up for the lack of danger zones. In fact, I couldn’t imagine having to pay attention to the trail ahead while taking in the beautiful vistas. After running a number of trails, we didn’t hit anything of real consequence until our sunset ride up on Zippity, a trail that crescendos atop a beautiful ridge ride after snaking its way past alluvial fans and open plains. It’s a long way down on that trail! 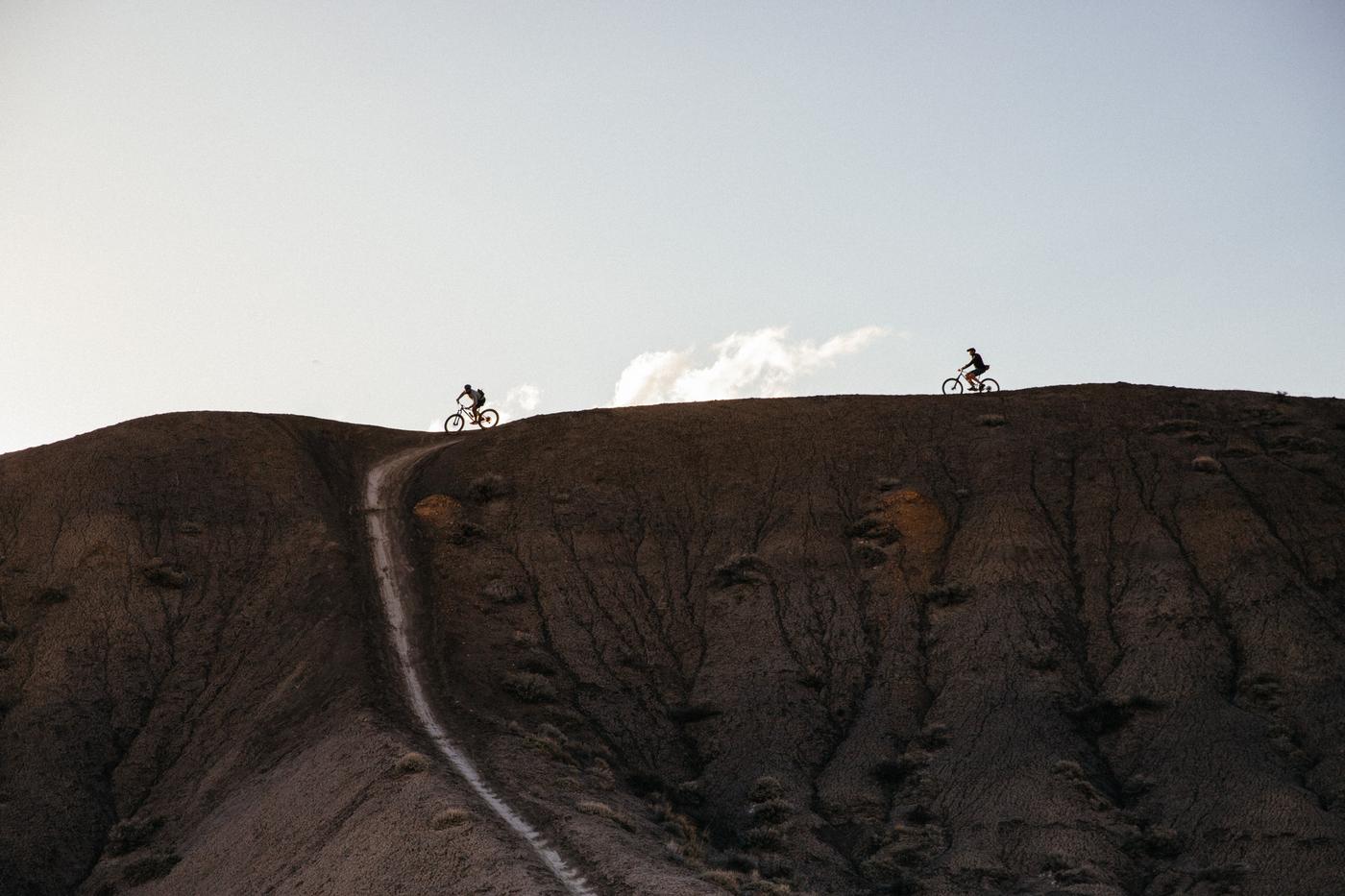 Camping out at Road 18 is easy, with pit toilets close by and plenty of space. We were there during Spring Break, so there were tons of families out and about, sleeping in everything from tents to full-size RVs. Luckily, our zone was quiet and not too crowded. Even with the influx of campers, the parks department kept the toilets clean and orderly. Then, to top it off, if you have to go to town, it’s only a 20-minute drive. The problem is, if it’s windy, you’re in for a sandstorm of Biblical proportions, which was the case on our first evening there. If it wasn’t for Nicholas and Curtis’ Sprinter van, we would have all been eating sand tacos while being blasted by the high winds. Luckily, I brought headphones and took a rip from my Danglebong before going to bed to help aid in my sleep. Yay, recreational marijuana.

As rough and windy as the night was, you couldn’t even tell the following morning. Well, aside from the nice layer of dust and sand all over everything. By the time we woke up, made coffee, ate breakfast and broke down camp, it was close to 10 am, meaning the sun would be harsh for our morning ride. It sucked for photos but was perfect for our cabin-fever friends from the midwest. We wanted to ride Horsethief as a group, before refueling in town for our trip to Moab. Upon arriving at the trailhead, we were amazed at how many kids and parents were out for a Monday morning shred session. It was a beautiful sight to behold. Kids of all ages, parents of all skill levels and smiles abound. I talked to a mother and her daughter who were working to take apart the daughter’s chainguard which was rattling all over. I loaned them my tools and sparked up a conversation. It was their first time ever riding mountain bikes and they wanted to do something new for spring break that year. She exclaimed it’s a lot easier than she thought it would be and the hardest thing was finding a bike that fit her. I commended their efforts, gave out high fives and directed them to Road 18 when they asked what other trails to check out. Horsethief is an XC trail with a few technical spots, which loops out a few miles down a network of banked, hardpacked trails, onto rock slabs and swooping turns. All this, however, is guarded by the fabled steps at the beginning. We all took attempts on our hardtails, but Steve was the only one in the group to clear this feature. For the rest of the loop, our group stopped to session various jibs or to re-ride sections, with hopes of learning the smoothest line possible. You can spend hours out there, so plan accordingly. Mason, the co-owner of Alter Cycles with Steve, made these sections look easy. She was on one! All this high noon riding left our group in need of one thing; Hot Tomato, a go-to spot in ‘downtown’ Fruita. You can’t ride here and not visit this famed pizza parlor. They even let us fill up all of our 5-gallon water jugs! If you need some parts, clothing or a tune up, Over the Edge is right down the block.

From there, we had to buy food for a few days, along with beer and firewood. A word of caution; it’s illegal to transport liquor across state lines into Utah, so if you’re going to break the law, do so in a stealthy manner. On our way out of town, we saw a car getting turned over at the border…

What came next was a series of unknowns; what would happen with Jeep Week? Where would we camp? What about riding? Well, I had some ideas, it was just a matter of giving it a go.

If you’re planning on riding in Fruita, download a trail app like MTB Project or Trail Forks, observe the Leave No Trace principles, spend money in town to support the community, and most importantly, have fun!