A couple weeks ago Mavic invited a group of journalists, athletes, and myself to Jackson Hole, Wyoming to put a few pieces from their revamped Ksyrium lineup through their paces in and around Grand Teton National Park. This was my first time in Wyoming and really my first time riding in the Rockies at all, so it goes without saying I was excited to see what the riding was like.

Our first big ride approached and the way our bikes were spec’d out would give an early hint about how the route might go. The most notable being the new Ksyrium All-Road Disc wheels with a wider profile and sporting some 30mm tubeless tires that looked to hit that middle ground of being at home on pavement, but can take the punishment of forest service roads.

A bus shuttled us into Idaho on the western side of the Tetons and dropped us onto a dirt road with a rack of bikes lined up. Fifty miles of rocky, then smooth, then rutted, then loose dirt roads would pass before our tires hit their first stretch of pavement. Blood was shed and cleats were destroyed (cleat and sock destruction are my two greatest strengths as a cyclist), but there’s nothing quite like exploring empty backroads in an unknown land.

Eventually we climbed the pavement past Steamboat Mountain in a rather enjoyable (to the Southern California guy who rarely gets to ride in the rain) 10 minute rain-turned-hail storm before dropping in past the spectacular Jackson Lake, which gave us our first up-close look at the Tetons of the trip. 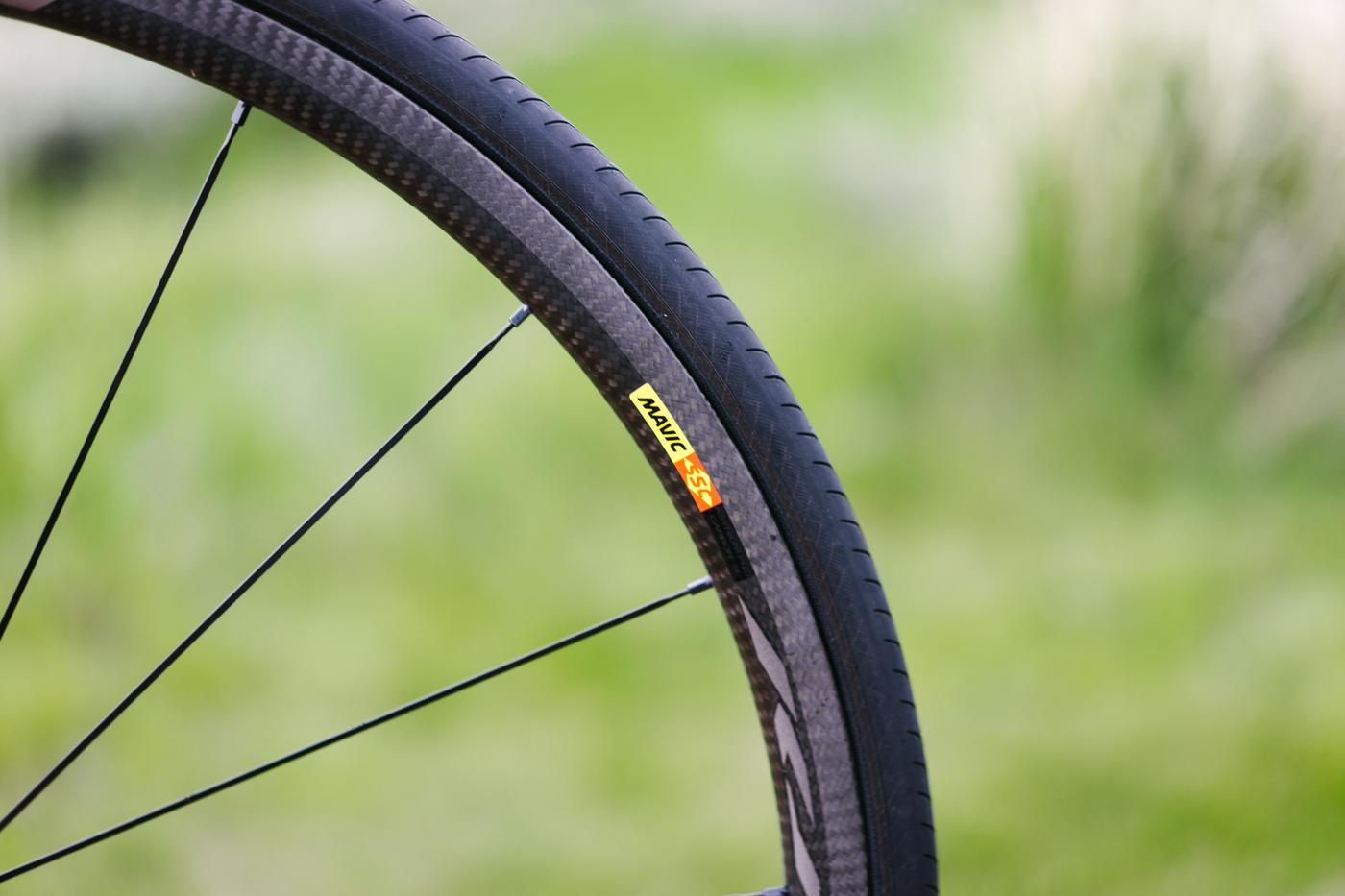 The second day we had different bikes lined up, this time with Mavic’s new climbing-focused, thin profile “Pro Carbon SL” wheels (and rim brakes). Again, that would be a good hint about the route for day two. It would start by winding through Grand Teton park roads before hitting Signal Mountain, which wound its way up through the forest to an overlook of the eastern side of the valley. After a quick descent back down and some uber-scenic cruising at the foot of the Tetons we were faced with a choice… Turn left to head back home, or aim straight for the Tetons for a bit of “bonus” climbing.

Of course I couldn’t pass up the biggest mountain of the trip, and Teton Pass didn’t disappoint. It is actually fairly unique in that there is an old road near the main thoroughfare that has been converted into essentially a paved bike-path. It’s a welcome sight with the main road already filling with early summer RV’s. The path also happens to feature miles of “fun” double-digit grades strung end-to-end. Still, the dense forest slowly turning to panoramic views of Jackson Hole kept the motivation high to keep turning the pedals over.

After spending a few long days there, my impression of Jackson Hole is that of a place that seems to be stuck somewhere between a dusty old cowboy town and a high end resort town catering to tourists and brimming with upscale amenities. What’s undeniable from the moment the plane begins its descent into Jackson Hole is just how spectacular the Teton range is. There are a few reasons people flock to Jackson year-round, and those sharp granite peaks are certainly worthy ones that I hope to spend some more quality time with in the not-too-distant future.