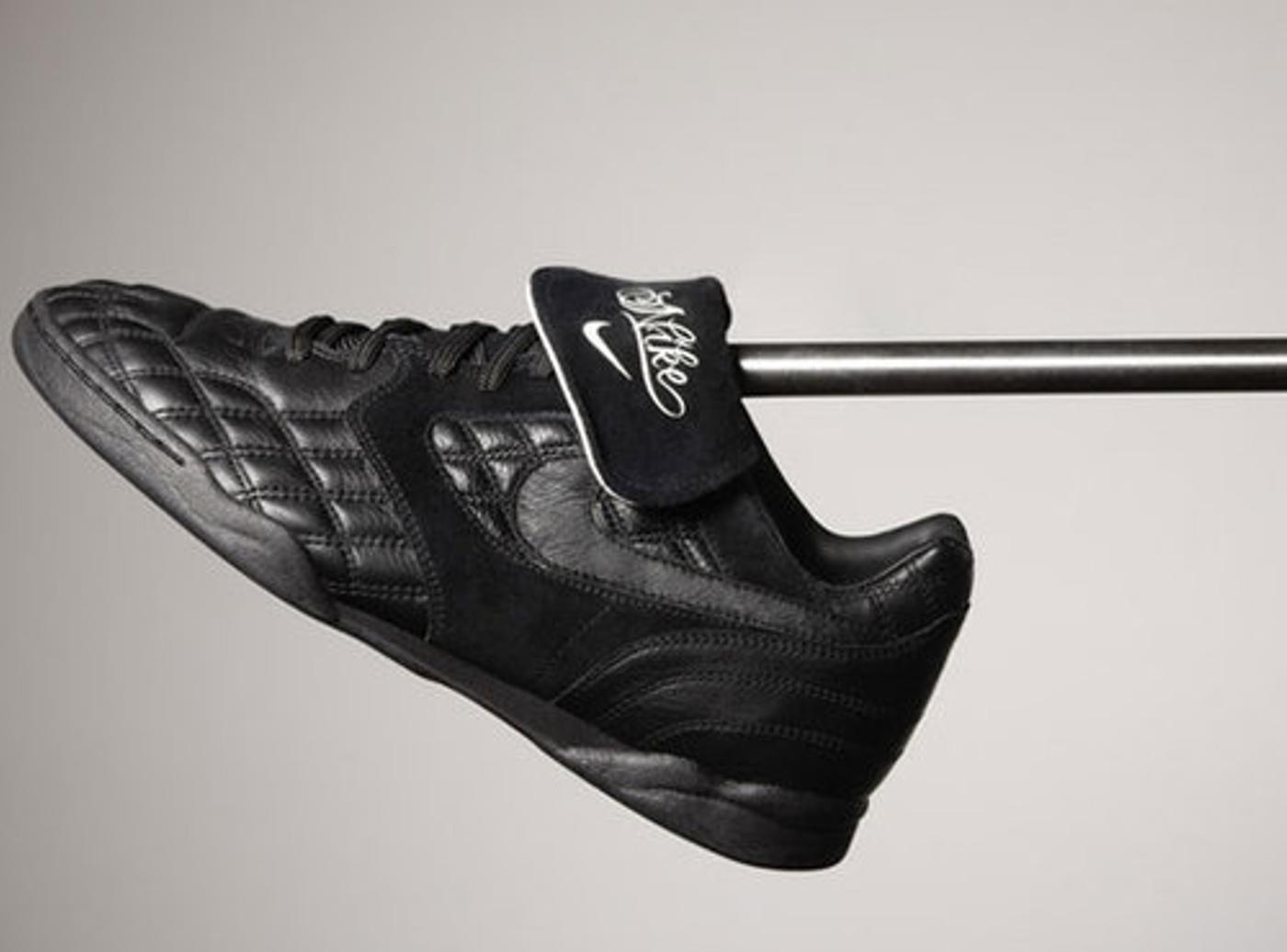 As the snow is falling here in NYC, I can’t even begin to think about wearing a low-top sneaker. Spring’s right around the corner though and that means more time on the bike, shorts and lows. Nike Sportswear, in celebration of the forthcoming World Cup, teamed up with artists worldwide to design their country’s team kits. The USA’s kit was designed by Mr. Cartoon and included in the release is a murdered out pair of the Nike Air Zoom Tiempos; seen above. Maybe this means that Nike will continue to put out the Tiempos? I wonder if they’ll have the same stiff sole as the CTRS pack? They really are great riding shoes, so let’s hope so.

No idea when they’re going to be released, or for how much, but let’s cross our fingers they’re a general release.