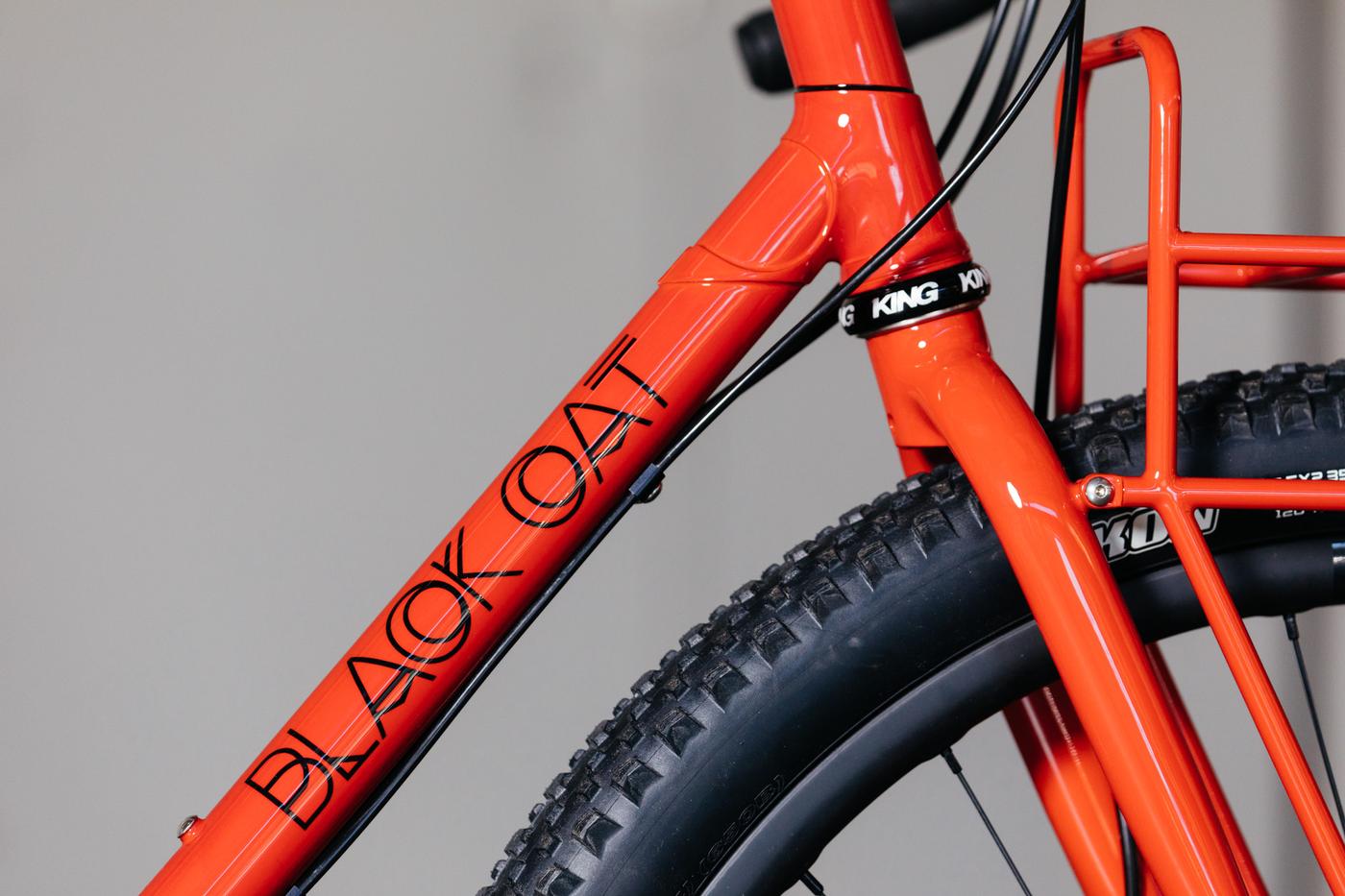 It should come as no surprise that larger companies send people to NAHBS to observe trends and look for clever details to, in essence, steal. Out of a lot of the bikes on display, this bike has the most important real-world application from the bunch, ATMO anyway. The problems that a boost drivetrain are addressed so cleverly here, that they might just catch on.

Todd took a 148mm boost hub, which gave him the extra space to push the chainline out, maximizing tire clearance. He then solved this issue by machining an offset spider, allowing him to mount standard road rings to a White Industries crank which were now boost-spaced thanks to the custom offset spider. So how did he get the front derailleur to align correctly? With an eccentric shim, pushing the front derailleur to align with the boost cranks. All this allows Todd to run a 420mm chainstay on a 27.5 x 2.4″ wheel road bike, keeping the bike’s handling nimble, while offering a bit of compliance due to the high volume, low-pressure tires.

As I said, it might not seem like much, but I kept thinking about how NAHBS is a great venue for bringing these sorts of problems to the forefront and hopefully, offering solutions for the mainstream bike industry.