This past July I was lucky to attend a downhill day with the rad humans who put on the Midwest Dirt Legion. I had heard tales of their group from my partner and friends, so I was very stoked to finally meet them and see what they were up to.  Time after time I hear from non cis male people that they feel there is a lack of places they feel comfortable riding and learning in the mountain bike world, which makes the work that Steph and Ash are doing that much more important. I caught up with them for a spin around the local bandit jumps and got a testimonial from their biggest fan, Chelli. If you are looking for amazing people to ride with in the midwest, check out the Midwest Dirt Legion!  -Spencer

Midwest Dirt Legion is here to build a better mountain bike community for marginalized genders.  Based in Minneapolis, the group was founded in February 2018 by Steph Aich (she/her) and Ash Murray  (they/them) . Our focus is on bringing passionate people and organizations in the Twin Cities together to increase ridership for transgender, gender non-binary, and cis women riders. Midwest Dirt Legion hosts beginner and intermediate skills sessions and group rides, and have also organized a destination event in Cable, WI and a downhill day at Spirit Mountain in Duluth, MN. We are working to create a more inclusive space for all riders by encouraging attendees to share their pronouns with us, and requesting that everyone be mindful of using gender neutral language when addressing the entire group. To make mountain biking more accessible, we ask for a very small registration fee, offer free demo bikes, encourage car pooling, and ensure that everyone’s bike is safe to ride before we hit the trail.

We run off of donations and the support of our community. Volvpac, Behind Bars, and the Minnesota Mountain Bike Series have been incredibly generous in helping us do what we do. Here is Chelli’s take on it:

“The first time I got on a mountain bike, I was visiting my friend Isaac after our freshman year of college. I struggled to keep up as he disappeared into the woods ahead. When I came to the next fork in the path, I realized I was lost and alone. I called his name. He was too far away to hear. So I stood there until he realized he’d lost me and, eventually, came back.

That experience taught me that mountain biking is for other people — for men, for folks who go fast, for riders who have the paths memorized. It was a lesson I held onto for seven years.  When I heard that an organization called Midwest Dirt Legion was leading a beginner’s clinic for FTWs, though, I figured I would give mountain biking another try. Not only were they offering a free lesson — a rarity — they had teamed up with a local bike shop to offer free mountain bike rentals. They made it so easy to join in that I swallowed my fears and, for the second time, got on a mountain bike. This experience couldn’t have been more different. Ash Murray and Stephanie Aich welcomed me warmly. It was clear they loved mountain biking and wanted to help other people love it too — people who may not normally feel included in what is still a male-dominated scene that feels difficult to enter. They taught us that those forest paths were for us, too: that they belong to the beginners as much as to the experienced and to marginalized genders as much as to cis men. This summer, I’ve taken two more local clinics and drove up to Duluth, Minnesota for Midwest Dirt Legion’s first “downhill day” at Spirit Mountain. 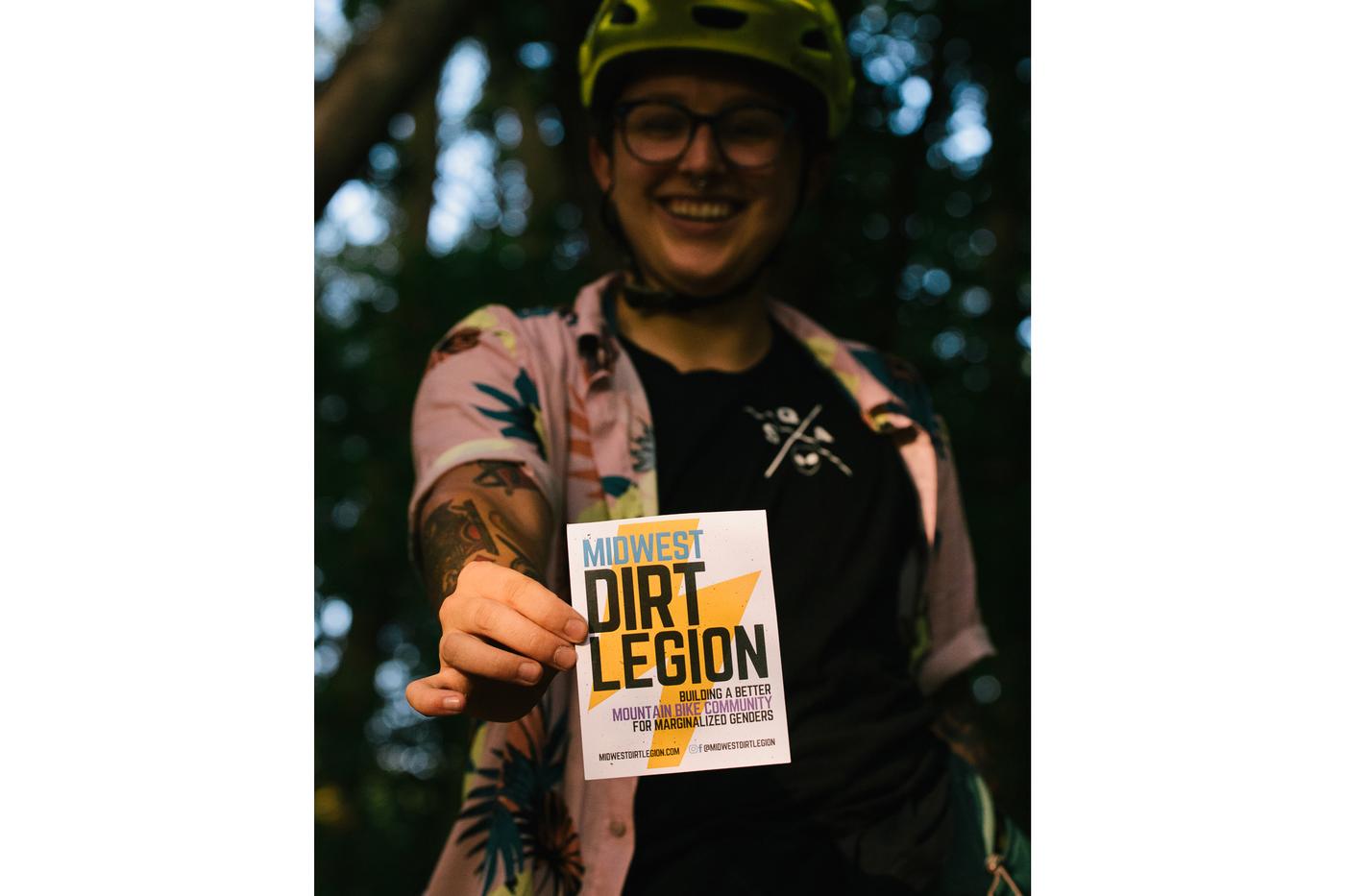 Many people want to get women and other marginalized genders into cycling. Midwest Dirt Legion takes concrete steps to get them there. Their warmth and support has helped me unlearn Isaac’s lesson from long ago. Last month, I bought a mountain bike. Yes — it’s for me.”