If You Were Wondering, Frostbike’s Still the Best
Photos and words by Kyle Kelley

Especially for newcomers! It was really rad seeing Sean and Danny from Team Dream and the Cub House experience this unique event for the first time. It really got me thinking about a few of my first Frostbikes, and how a lot of my really good friends have actually spawned from this event. I’ve even seen other friendships flourish from introductions at Frostbike. Going to Minneapolis in the middle of winter as a cyclist probably seems like a bad idea, but when you actually think about it, it’s genius.

First off, it’s winter, and winter means slower months for the cycling industry than in the fall, spring, and most definitely summer. Owners and managers can get out of town without feeling stressed that the bike shop is going to go under. The second thing is, it’s cold outside and none of us are riding enough. We all want to be riding, and the next best thing to riding is talking about riding. Am I correct? Put a bunch of bike nerds into a room with each other who haven’t been riding, add a little bit of booze, and they’re going to get to know each other. 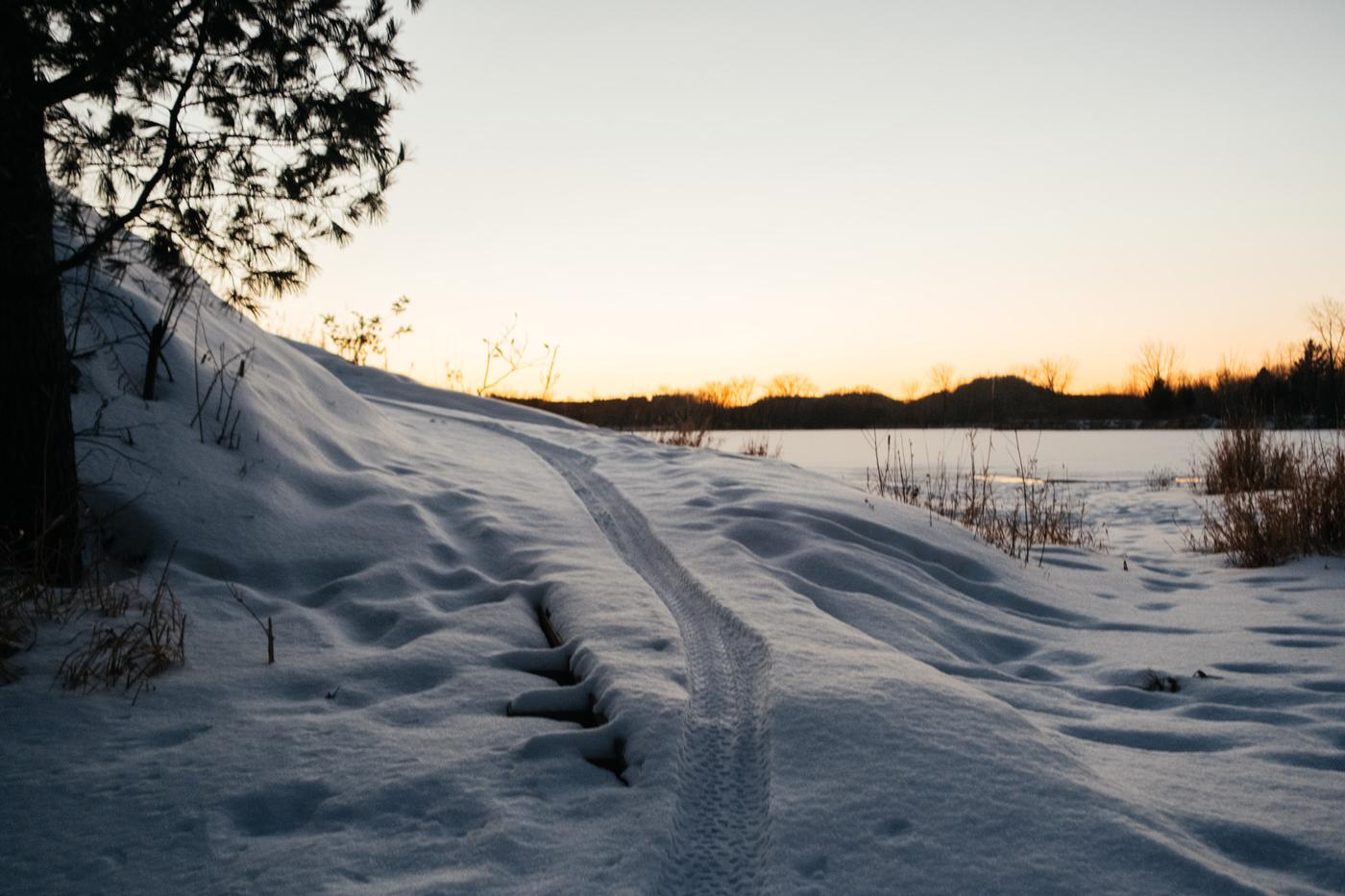 This also lends itself to the seminars and expo. Who the hell wants to be sitting through a seminar or walking around an expo if the weather is perfect and the riding is great? It’s a really good thing Saddle Drive is about riding bikes. The third thing is, there is almost always snow on the ground, and most people aren’t used to riding fatbikes in the snow. Put anyone on a fatbike with proper clothing and you’ll see nothing but smiles radiating from their face. Well… that’s probably not true because hopefully, they’ll be wearing a scarf. You see what I’m talking about though, Frostbike’s the best! This year Frostbike was a little different for me, I was on double duty, both representing Golden Saddle Cyclery and the Radavist. Normally I just cover this event from the dealer side, but this year I would be doing press events as well. One of my favorite events this year was actually a press dinner hosted by Salsa. I don’t even think we talked about bikes the entire time, but I did walk out of there with a much better understanding of Salsa as a brand and the people running it. The whole dinner just felt like campfire hangs with some old friends catching up. And they just kept pouring us more drinks, I’m still not sure if this was out of generosity or they were just trying to make us sleep through our wakeup calls for the Surly 7AM fatbike River Bottoms ride from the hotel to QBP? I must say, it wasn’t easy getting up knowing that you were about to ride bikes and it was only one degree outside! I’m not sure how often you ride bikes when it is one degree outside, but that’s cold, really cold. The ride was absolutely beautiful and we all warmed up pretty fast, which was great. Only thing was that the conditions weren’t perfect, it was pretty icy. So we were all pretty grateful that Surly had put studded tires on all the bikes, even though they don’t believe in them. Halfway through the River Bottoms, the Surly Truck met us with coffee, muffins, and most importantly whiskey! After a little warmup, someone asked what the temperature was now and a person from Surly said two degrees, and they said at least it’s twice as hot as it was! They weren’t wrong.

From there I’d bailed on the rest of the ride because I needed to get back to the hotel to see Leah Benson from Gladys Bikes speak. When I got back to the hotel I quickly ran up to my room and stripped a few layers of the clothes I was wearing to stay warm and ran down to where she’d be speaking. When I entered the room, there was barely any sitting room, people were going to have stand for this one. I don’t think I’ve ever seen a seminar so full at Frostbike, Leah was also bumping Solange from the speakers so I knew instantly that’d I made the right choice bailing on the rest of the ride to hear Leah speak. 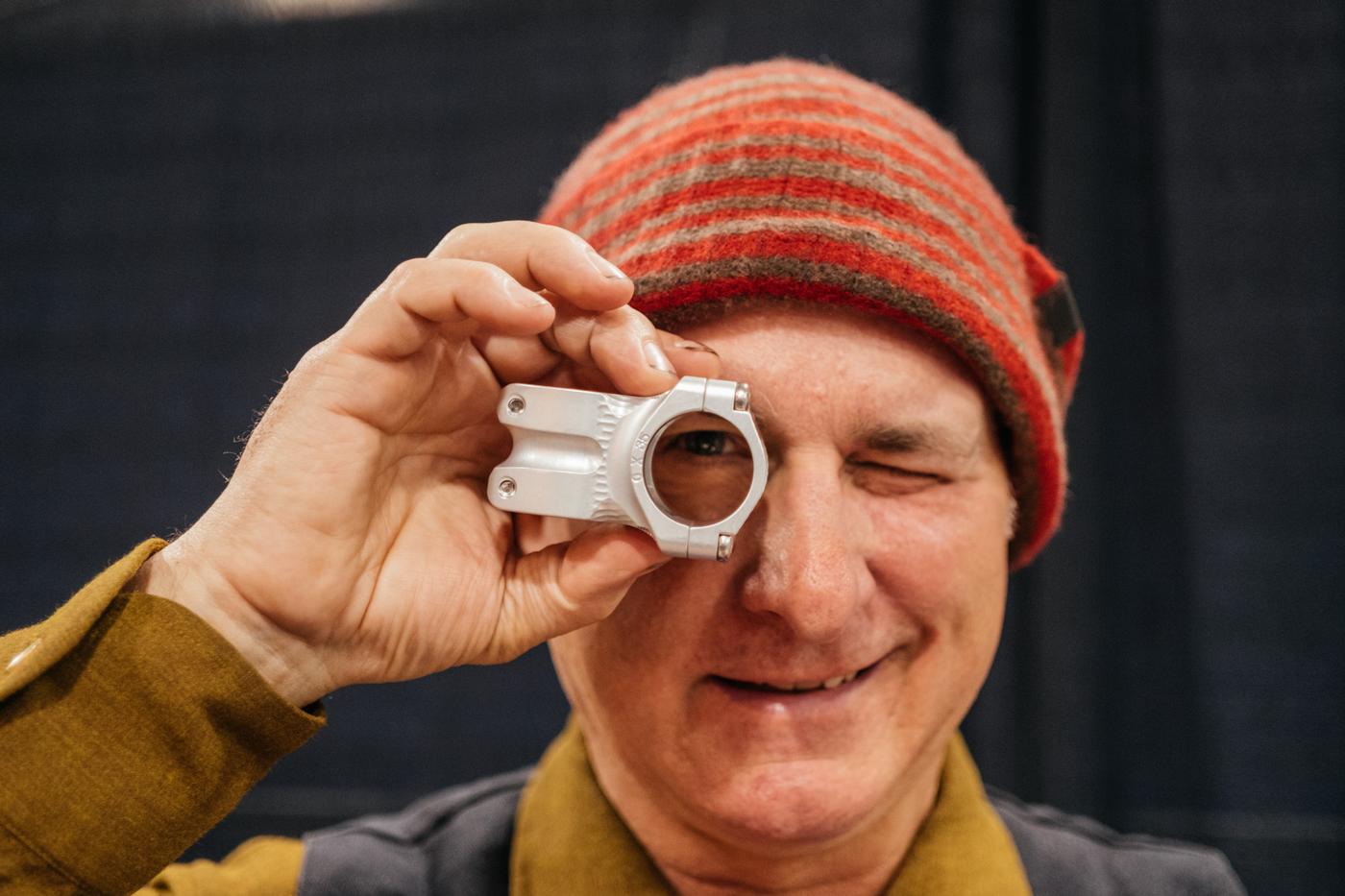 Those were the real highlights from day one, day two was an expo day, which means lots of walking and schmoozing. While Frostbike is nowhere near the size of something like Interbike, you still need to walk around the whole expo at least six times to see everything and get a turn talking to everyone you want to. Some of the bigger superstars like Jeff from All-City and Paul from Paul Components could take up to an hour to get a word in with. They’re the Eddie Merckx and Greg Lemond of Frostbike!!! 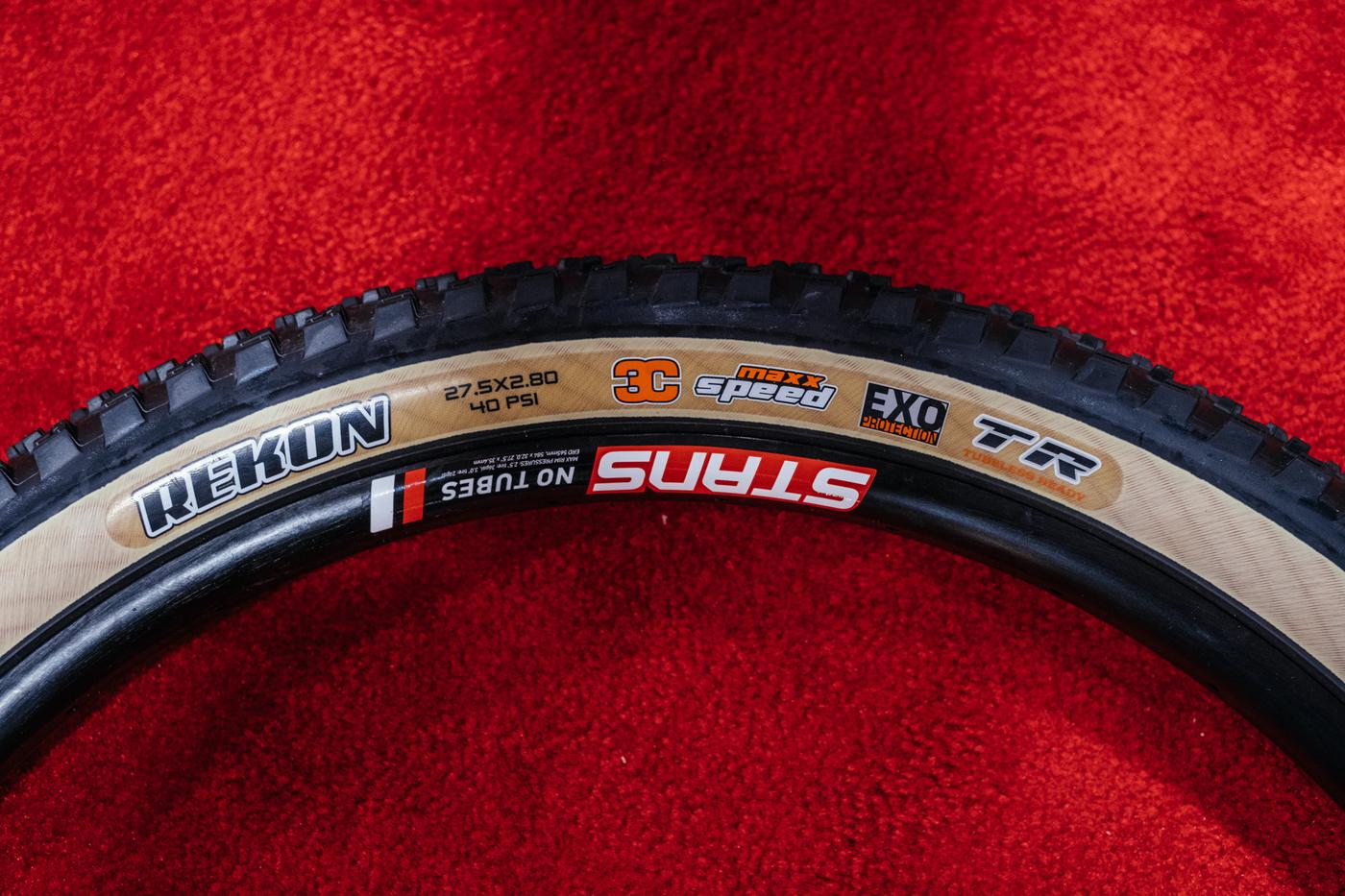 There was some really cool stuff floating around the expo this year, but I’ll let you take a look at the photos to see everything. If you were wondering what my real standout items were: I’d say Maxxis releasing the Rekon in 27.5 x 2.8 in a Gumwall was at the top of the list, Surly’s new Merino Pocket Tee is damn near perfect, there was a lot of buzz about the new Ergon Women’s saddle (I look forward to trying it too), seeing the little Salsa Timberjacks got me excited for the future, Salsa offering their full line of handlebars in carbon is going to be a game changer, All-City’s Flatbar Macho Man Disc was just beautiful, and the Surly Midnight Special with the painted-to-match Whisky fork is really going to turn heads (I really should have taken more photos of this bike). 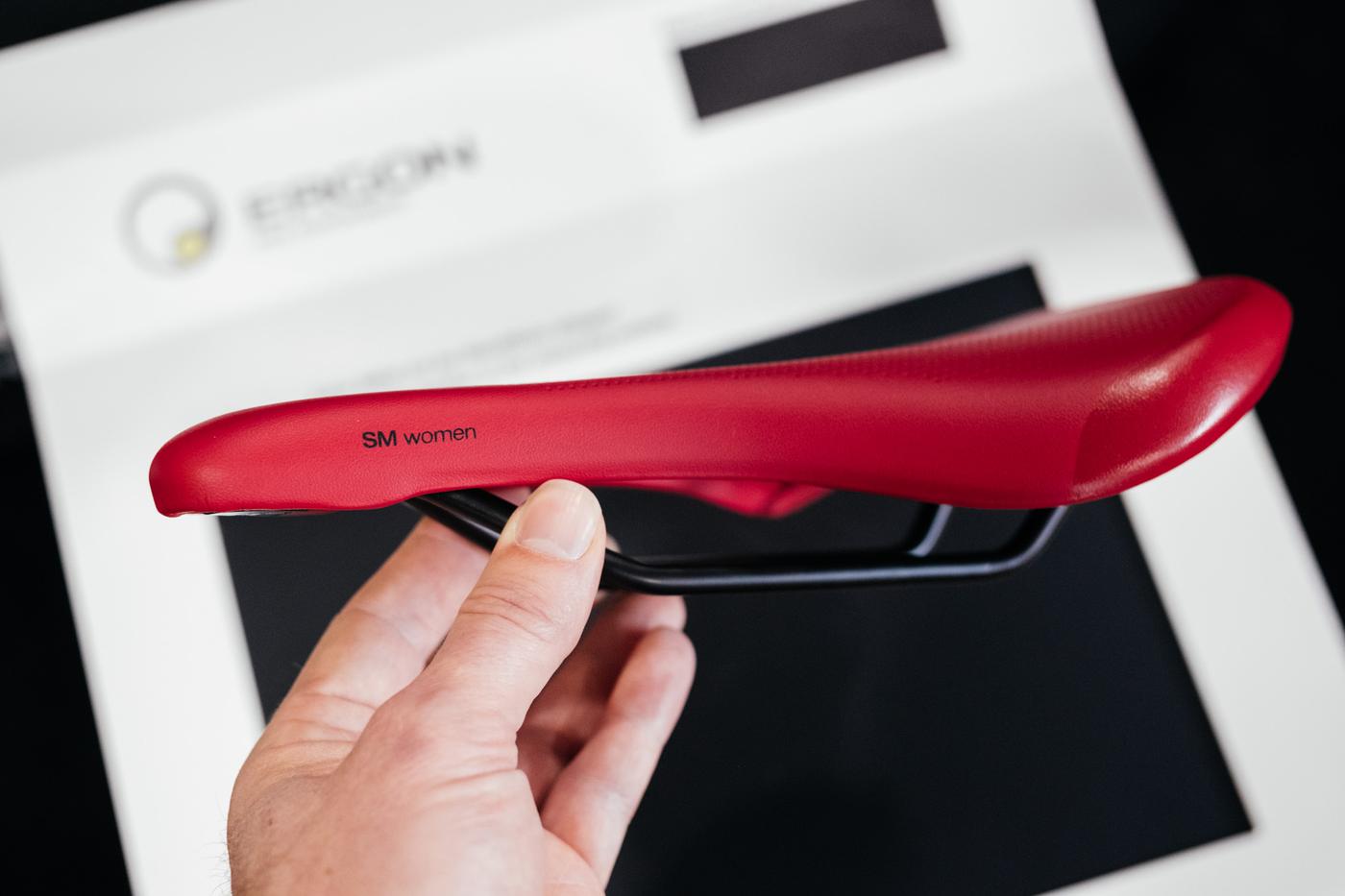 Speaking of Surly, Portland Design Works made a rear rack that isn’t bad looking and it fits on a Straggler, that’s always good news! Also seeing the actual woodcut that Deer Jerk made for the All-City collaboration was super cool! If you couldn’t already tell, the expo this year was jamming! 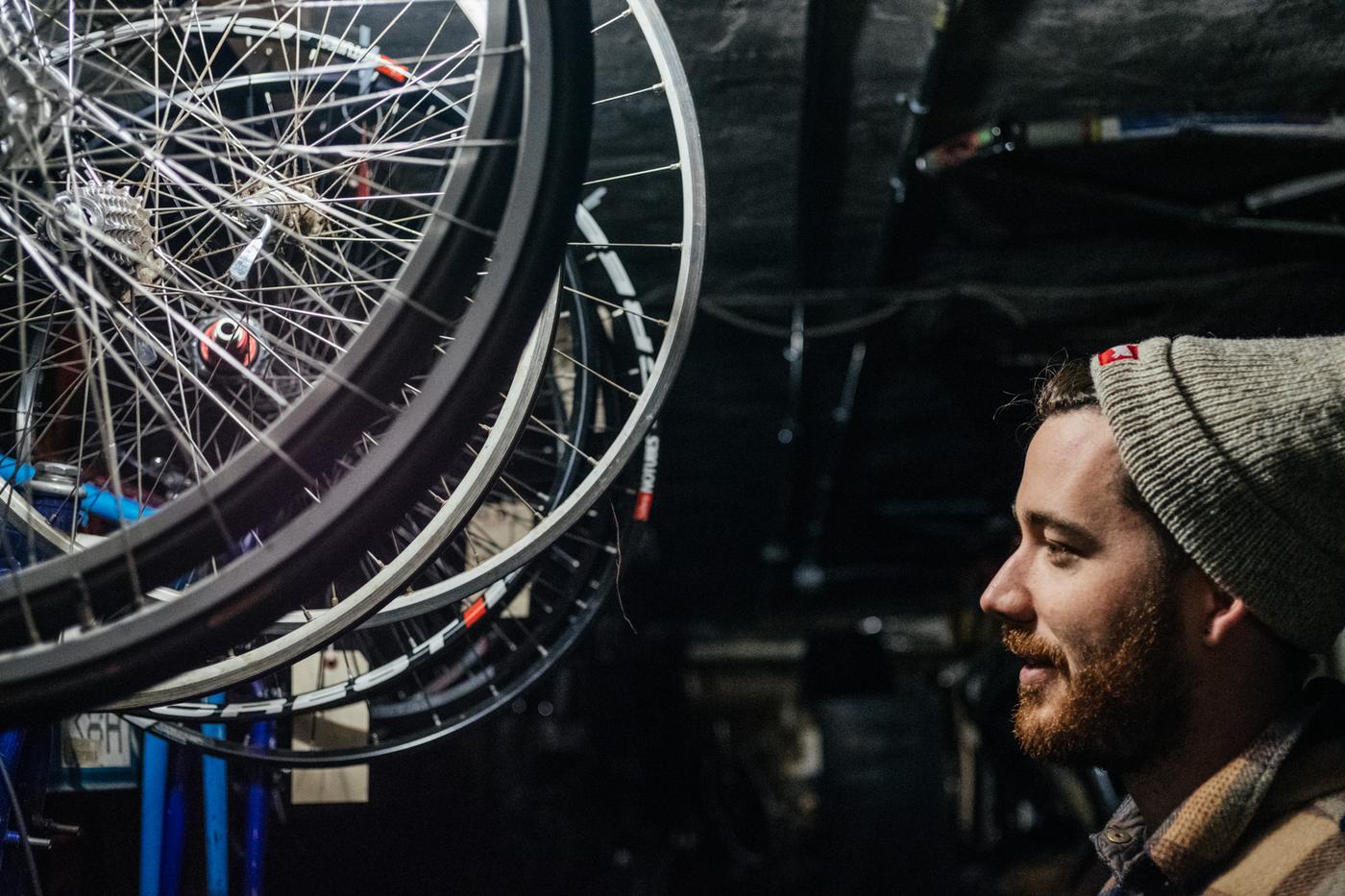 After the expo and happy hour, Sean, Danny, and I all loaded up and headed into the city, so I could show them both Angry Catfish and One on One Bikes. These two only had until the morning, so we had to make this night count! I probably shouldn’t dive into this too much, but let me tell you, Minneapolis showed those two California boys who was boss! 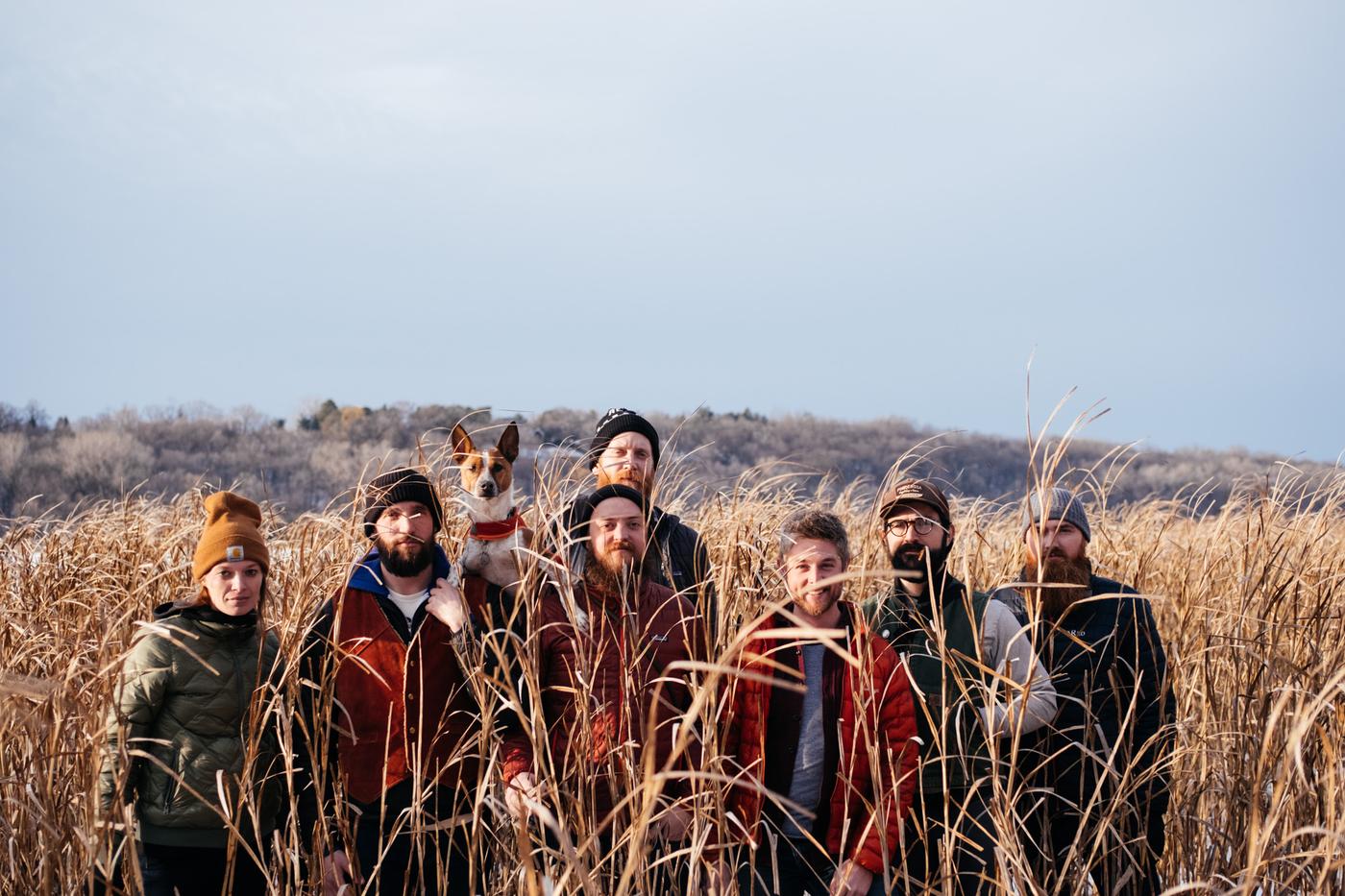 I still had two more days in Minneapolis before I would head back to California, so Jeff from All-City decided it’d a great idea to get a bunch of friends from the bicycle industry, who owned and managed shops together and take us to All-City’s secret fort on the River Bottoms and build an unsafe by California standards fire and cook wieners over it! It was absolutely amazing, it really felt like we’d gotten the band back together! 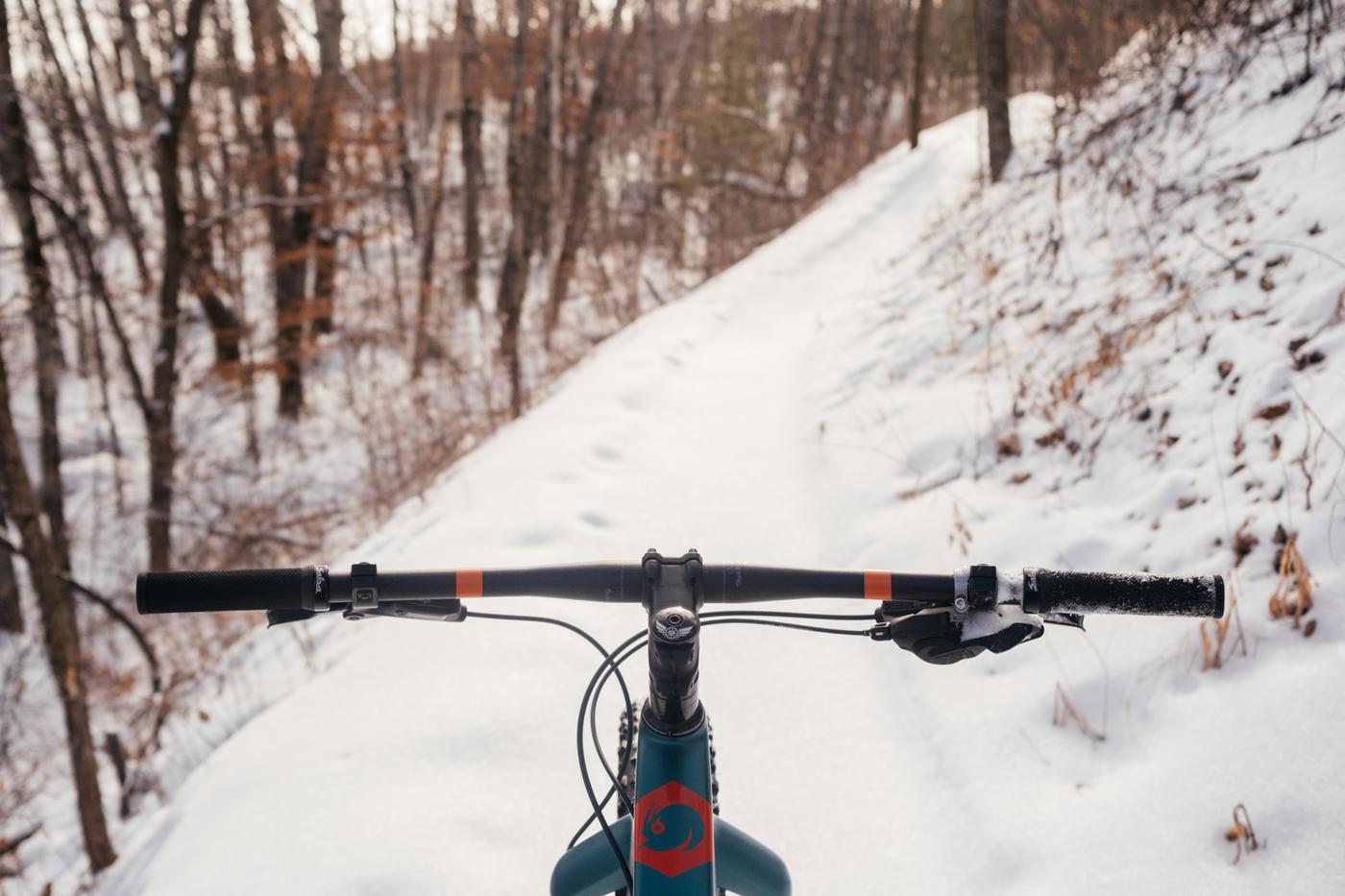 As everyone else started to trickle out of Minneapolis and back into the bike shop shuffle, Josh from Angry Catfish and I decided to go out with one last bang! We’d seen a few fresh inches of snow in Minneapolis, so we packed up the Fatbikes and headed to Cuyuna to ride four inches of fresh powder over groomed Fatbike trails! I’d ridden this wonderful trail on a standard mountain bike, but never in the snow on a fatbike. I was actually riding down the trail Bobsled and felt like I was bobsledding for once. It was so good, but as the sun began to drop, so did the temperature. It was time for this California boy to get indoors, we went into a small bar up there and we must’ve looked like we needed something to warm us up because we had a woman sell us half a bottle of Highwest Double Rye for $16! That warmed us up pretty quickly and I needed it, I didn’t want Josh to know but I was freezing! 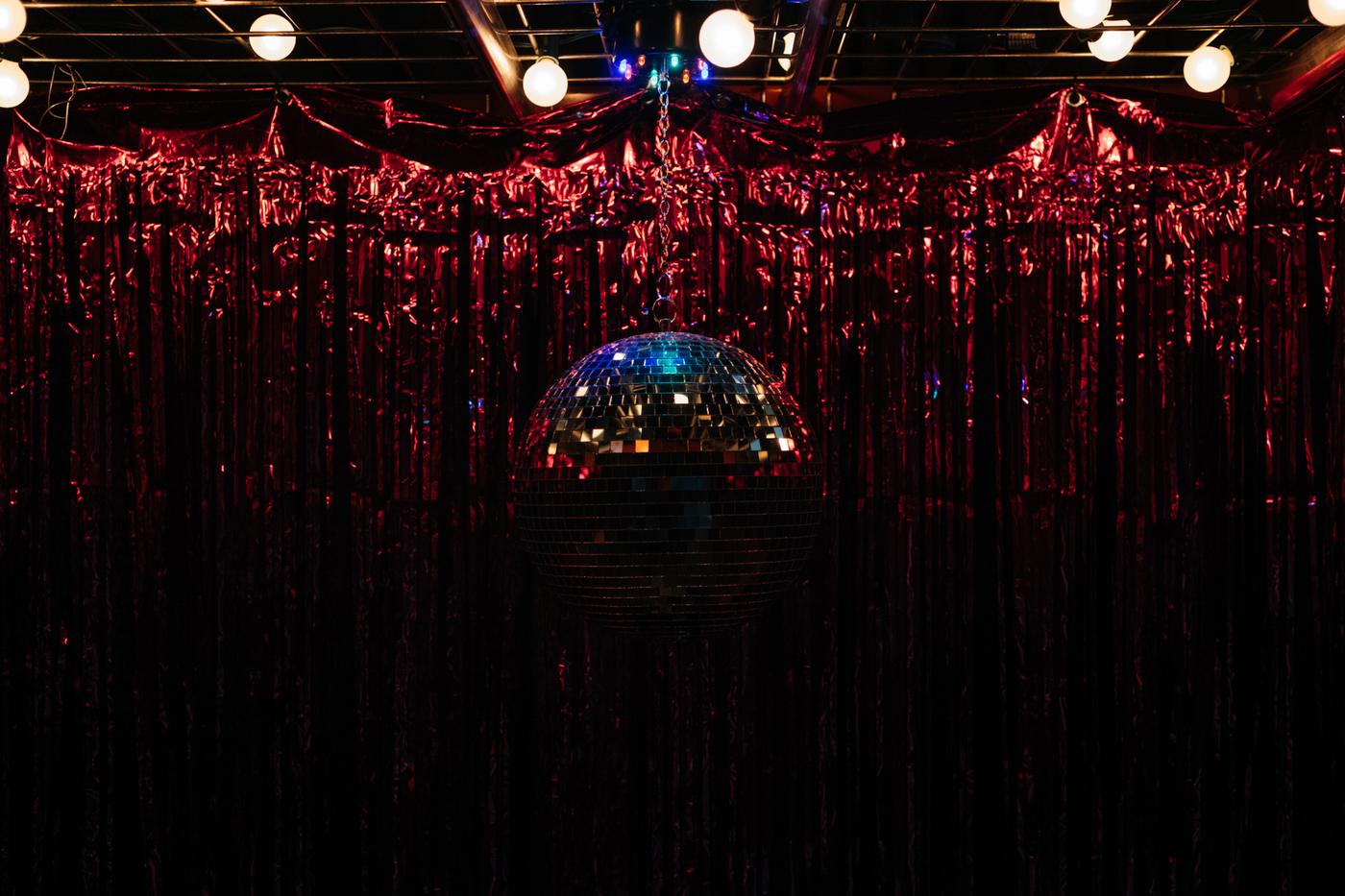 If you had any doubts, I’m guessing you’re a believer now! Frostbike is truly the best, and if you ever have the opportunity to go, drop everything and just do it! The friendships and knowledge you gain from this event are priceless and there is no other event like it in the bicycle industry…I promise!

Thanks again for having me Minneapolis, Frostbike’s the best!