This week’s Merckx Mondays is brought to you by reader submissions. If you have an Eddy Merckx bicycle and want it to be posted, email me! Just make sure the photo’s top notch. First up is this print that I caught on a Tumblr last week. The unfortunate thing about Tumblrs is all it takes is one image to be posted without credit for it to spread like wild fire. I cannot for the life of me find the artist who did this. Does anyone know? Luckily, the rest of the images and photos are credited below. Checkem out! From Japan and Kentaro comes a Merckx Disk wheel. Unfortunately, it’s on a Japanese and not a Belgian machine. 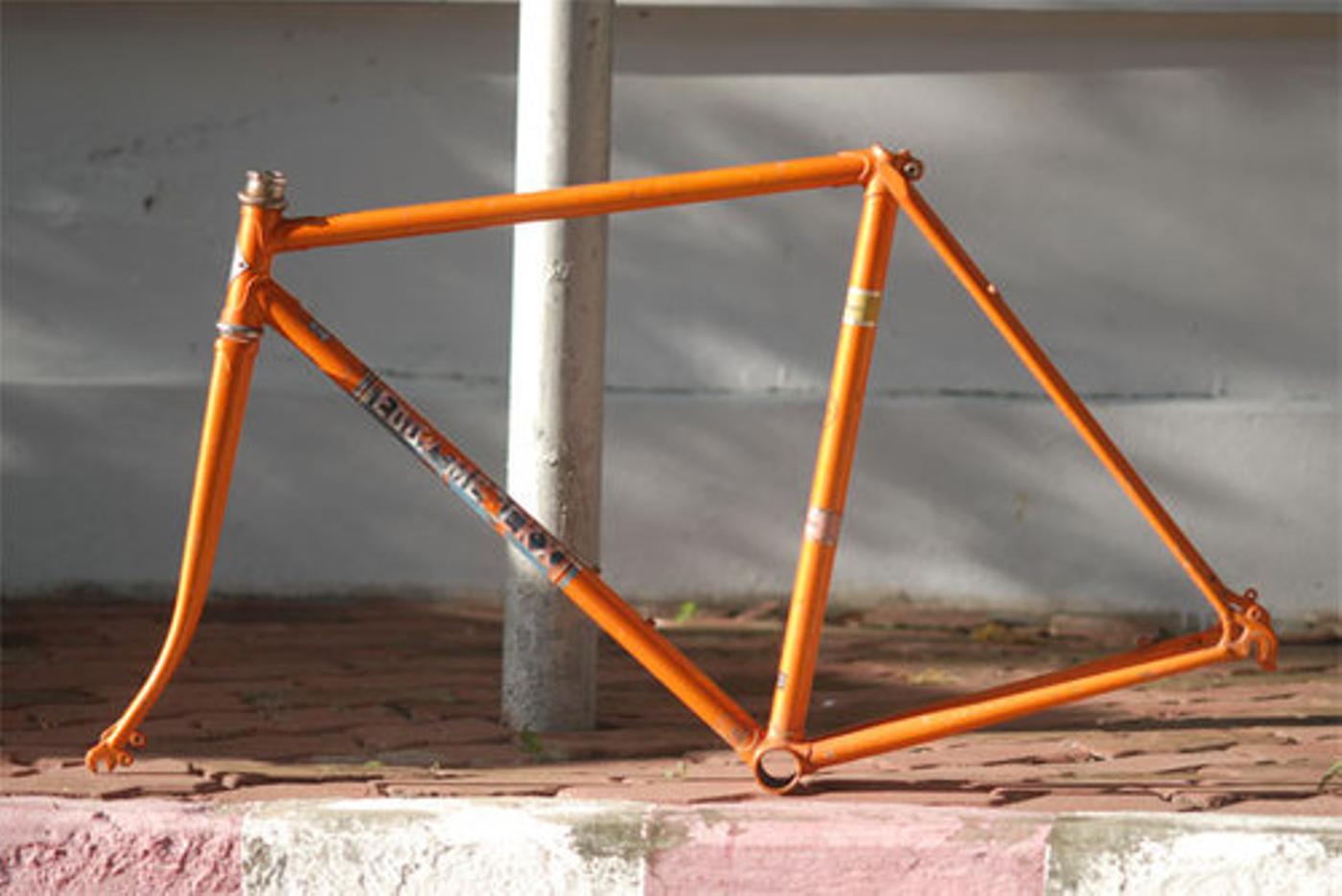 Speaking of Japanese machines, here’s one of those Miyata-built, Merckx-branded road bikes from last week via ThaiMTB.com. Go check out some more photos of it here. Thanks for the heads up Jeremy! Teagan Giffin shot me an email last week with his Eddy Merckx roadie attached. This was shot on 35mm Kodak 400 film that expired in 1996. Teagan’s got some more photos on his Flickr. Last but not least is Andy from Fyxo’s newest acquisition; a Merckx Arcableno. It’s fillet-brazed with Columbus Max fork blades and Neuron tubes drawn with Max ends for the bottom bracket shell. Complete with a fast back seat bolt. Nice!

Thanks for everyone’s submissions and remember if you have an Eddy Merckx bicycle and want it to be posted, email me!