A while back, Kyle reviewed the mostly stock complete Log Lady before sending it back to All-City so they could use the bike in their demo fleet. Truthfully, I, like many of the readers who commented on that post, were bummed to see that bike go. As a photographer, I love shooting with Kyle when he’s stoked on something and that bike was perfect on our local trails, for him especially.

In an industry where many people want more travel, not less and even more gears, not one, the Log Lady stands out as an archaic, living fossil of the mountain bike evolutionary timeline. For some people, riding a bike like this down technical trails would be a nightmare, but for dudes like Kyle, it’s a buckin’ good time. 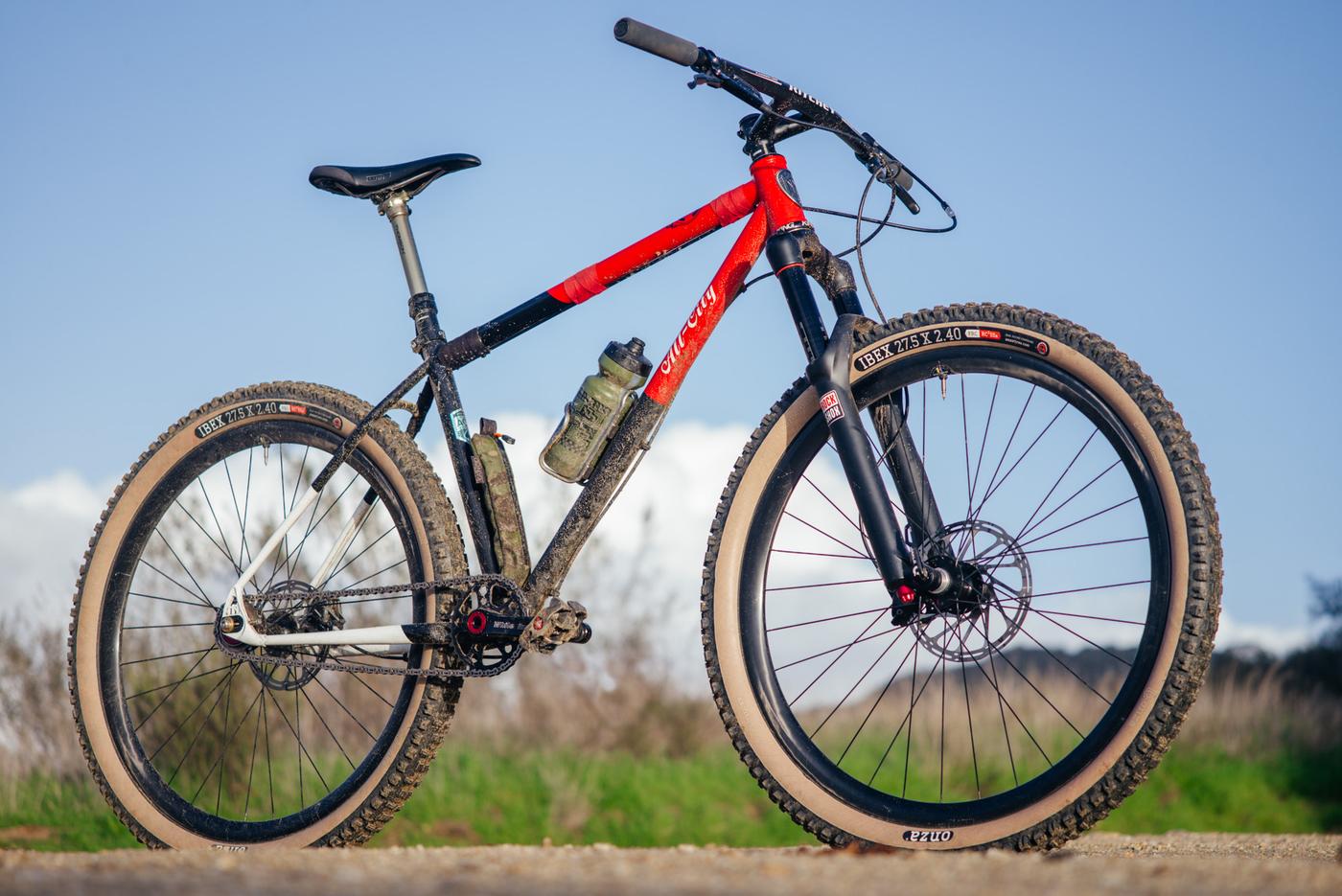 A few months ago, he ordered a Log Lady frame and began compiling parts for a slick build kit. In the mix was a 130mm Pike, White Industries 30mm spindle cranks, Ritchey carbon Bullmoose bars, Onza tires, a Thomson dropper and a set of Paul hubs, laced to closeout ENVE XC rims. When I saw the parts in a box at Golden Saddle, I immediately assumed it was for his new Stinner, not a Log Lady. After all, the Log Lady was designed for a 100mm suspension XC fork, not a trail-gobbling killer like the Pike. 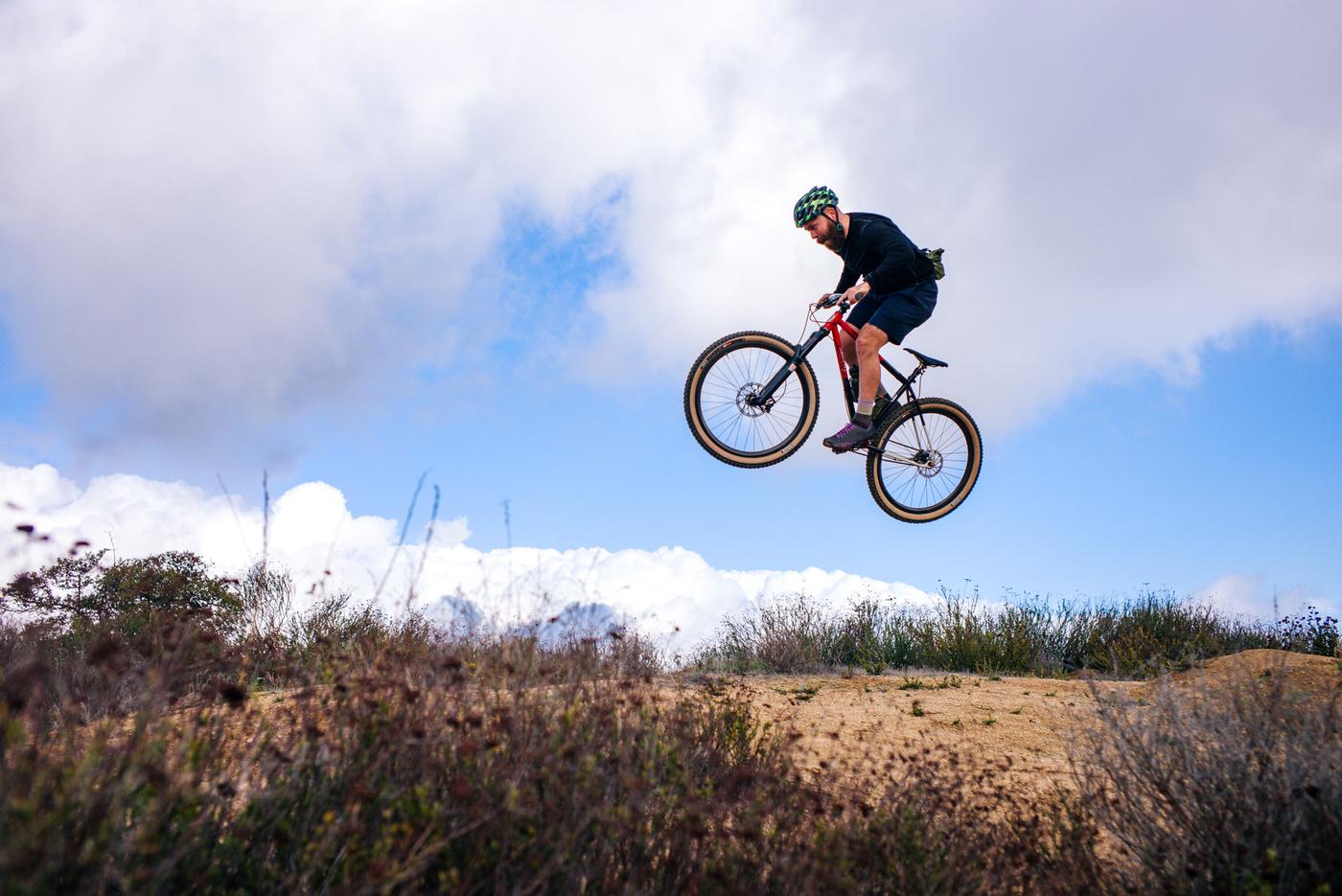 “But you’ll raise the bottom bracket!” “Won’t the head tube angle get slacker if you raise the front end up that high?” “What about wheel flop?”

Truthfully, we discussed all those points and if you know Kyle, you’ll understand that he’s not a numbers person. Instead, he aligns himself with the catalog of information he’s gained from experiences on bikes, ranging from BMX to full suspension trail bikes. Kyle initially thought he would rebuild the Pike to be within the range of the Log Lady spec, but after a few rides, he decided the bike shredded way harder with a bit more travel up front. Numbers be damned!

Look, dudes like Kyle could hop on any bike and make it look fun. My job is to be there with a camera and capture his antics. Whether it’s hitting a tree ride, or sending it off the tiniest bump, airing it out into the clouds, when Kyle’s having fun, I’m having fun and we get some pretty rad photos from the experience.