My first taste of full suspension came when I was working as a wrench at a shop in Quakertown PA just after graduating from college and not really having a plan. On mornings off, I’d take out a demo and ride the local trails up on South Mountain in Emmaus. Those bikes were terrible. But at the time, I was young and loving any bicycle I could get my hands on. That was 1998. A degree project when I went back to school confirmed I didn’t have a clue about geometry, handling, let alone suspension kinematics. Fast forward to 2012 when I hung my shingle out starting 44 Bikes, I became solely focused on honing geometry and understanding fit. But deep down, I wanted to build a full suspension bike but I knew I wasn’t ready. Which brings us to the here and now. Things began to click after building hundreds of bikes and dozens of prototypes where I finally felt like I had a grip on geometry and handling. I wanted a new challenge. So in the Spring of 2019, I started acquainting myself with a platform I had largely ignored. 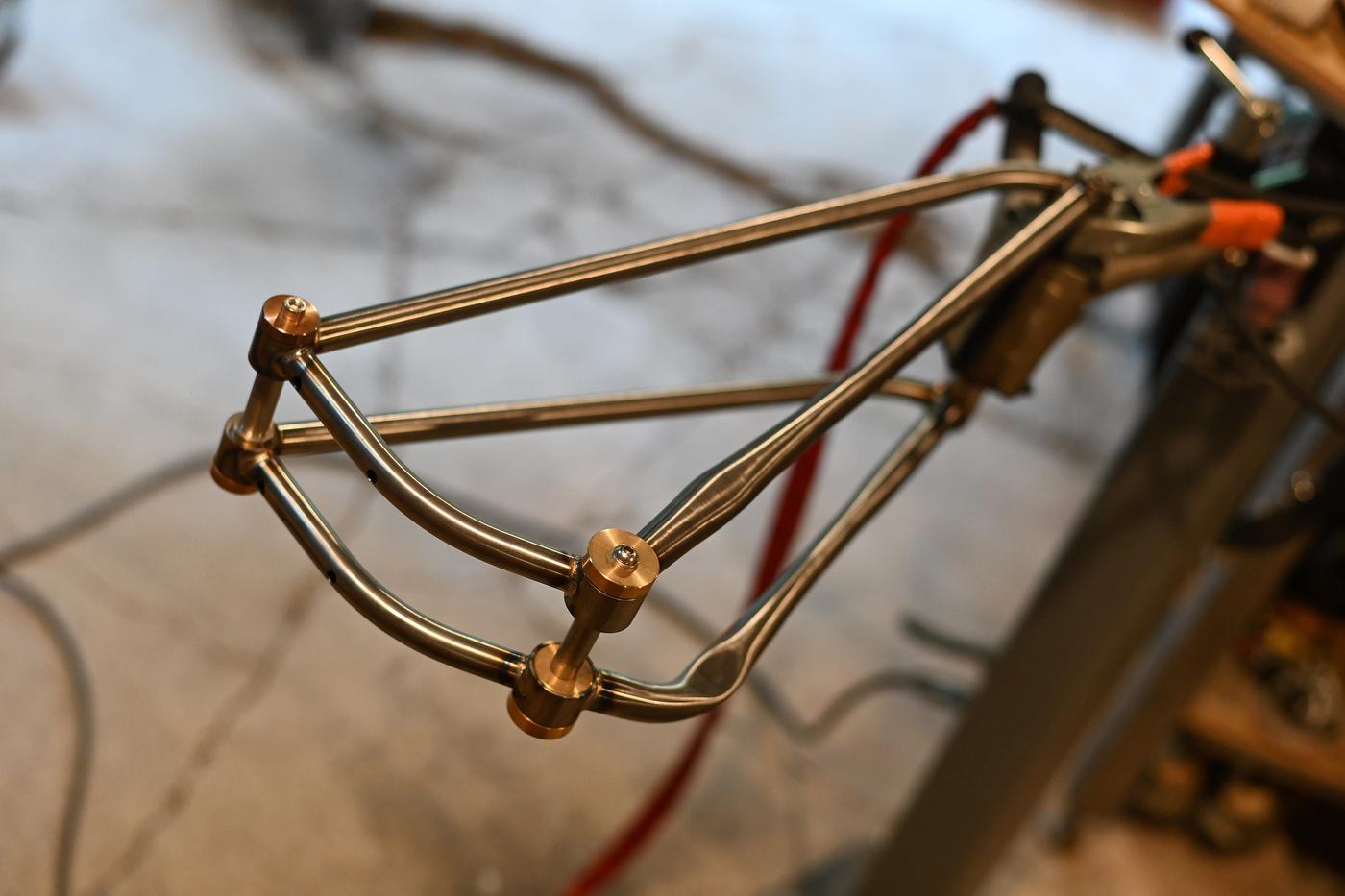 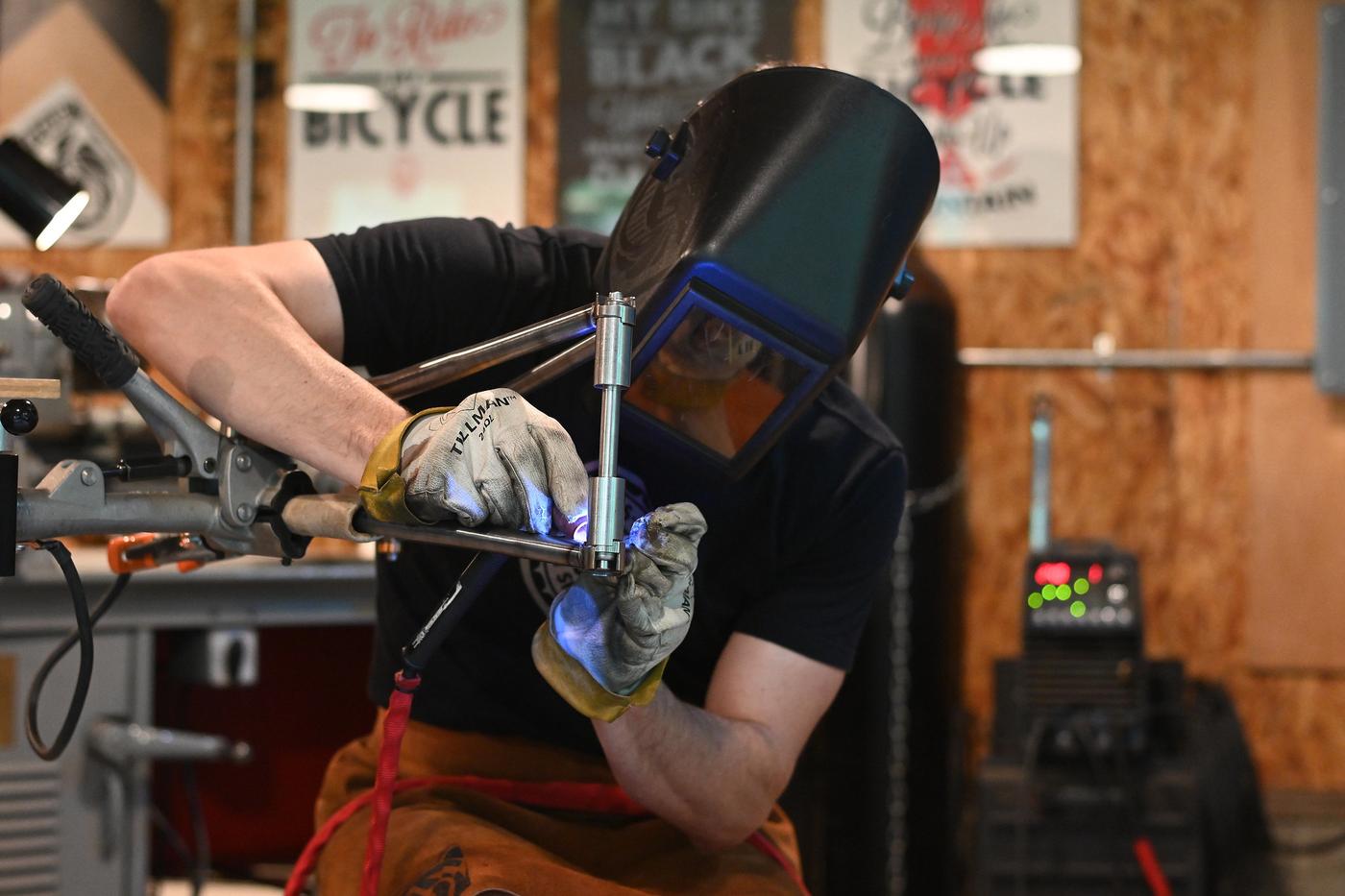 The winter of 2020, with the Pandemic reaching our shores here in the States, orders came to a standstill. I had a large backlog of clients that I worked through over the course of the Summer and into the Fall. Between batches of client bikes, I’d swing into action and chip away at the full suspension project. Before I knew it, July became August, and August became September. If I intended on finishing this first prototype, which I wanted to use as a data collection sled to understand basic concepts, geometry choices, and pivot locations before building what I really had in mind, I had to put the brakes on client work so I could get in R&D trail time. 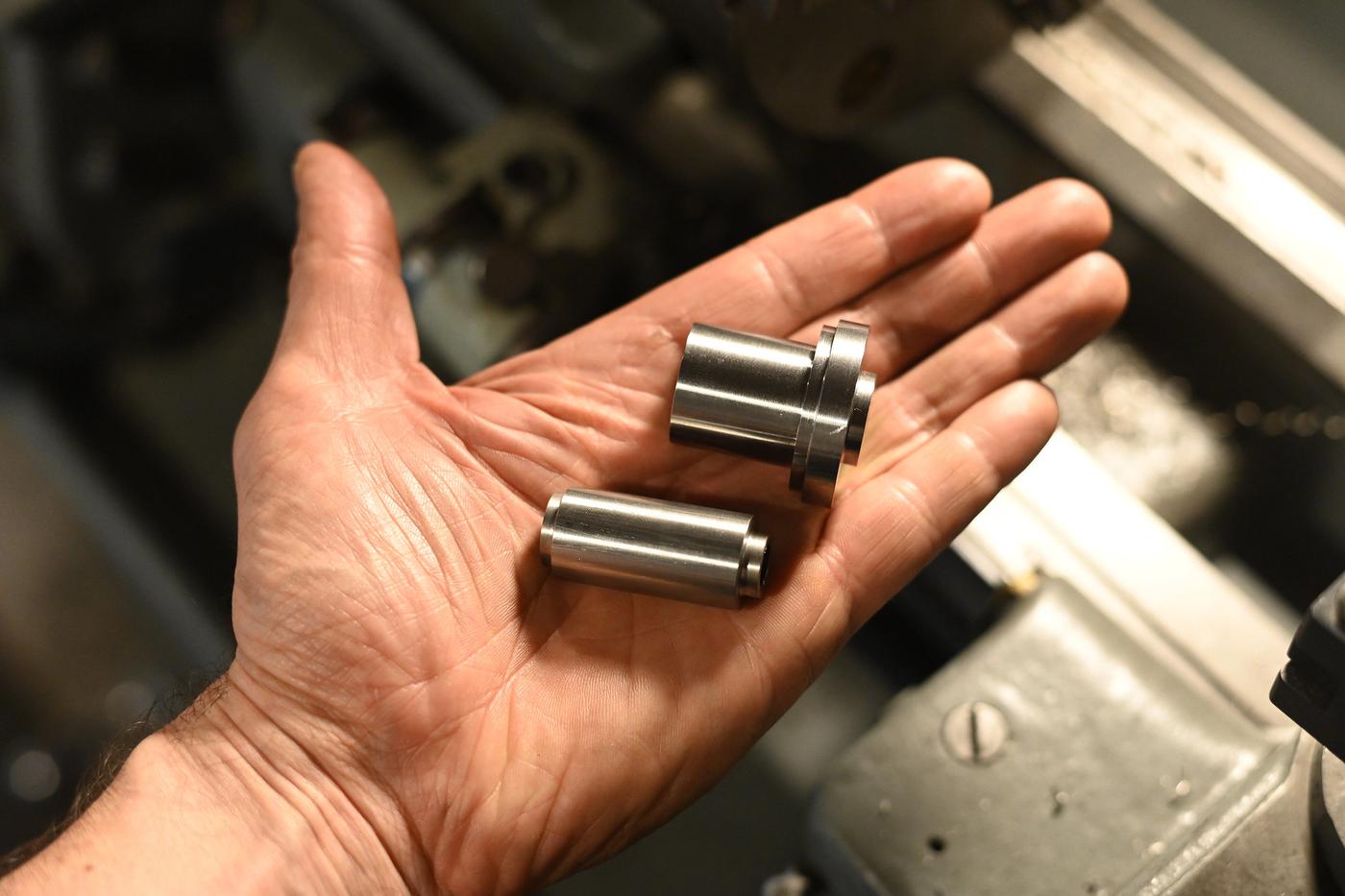 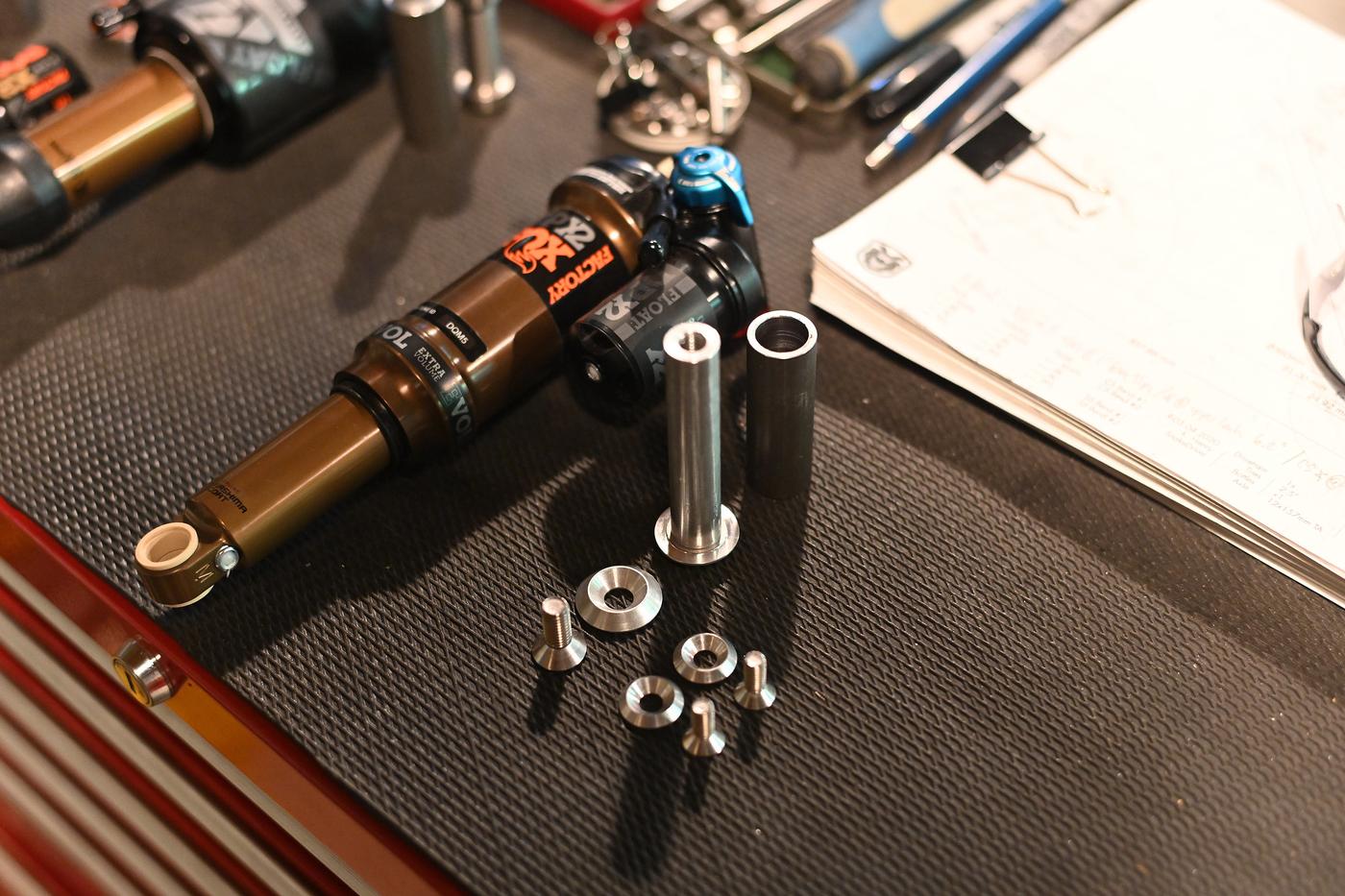 So two weeks in October were dedicated to buckling down to finish this first build. I also wanted to allow the process to unfold, leverage it as an instructive guide, and solve problems as I went along. Actual industrial design for a change. So everything was machined and turned in-house that would be unique to the first build, new tooling included. Actually pulling the completed front triangle and swingarm out of their respective jigs was and will always remain extremely rewarding. 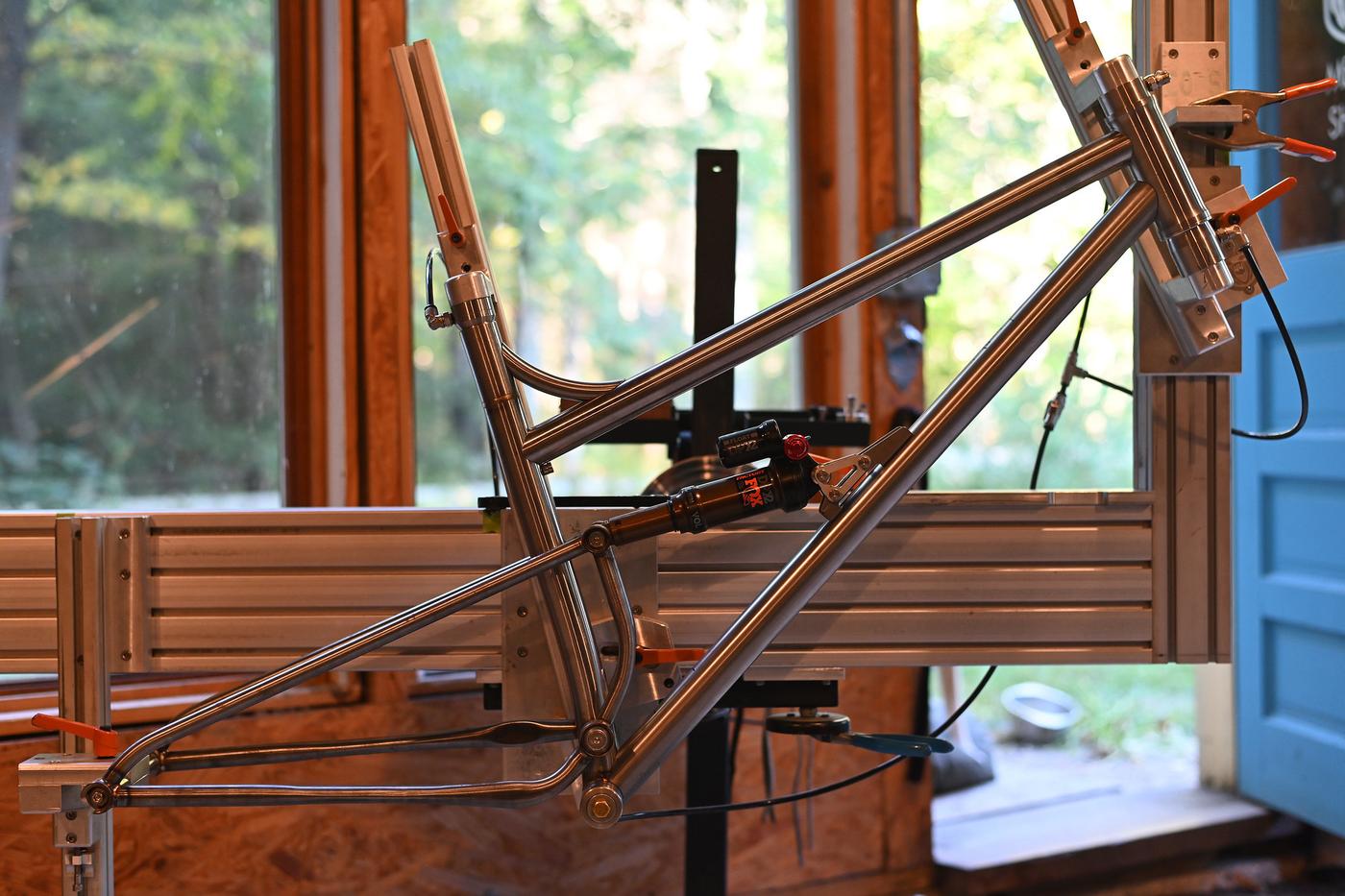 Throwing a leg over a prototype once it is finished? That’s a special kind of something. This one was no exception. A mixed brew of excitement and anxiety. Those first few pedal strokes and that anxious feeling melted away; only excitement, and the fastest line remained. With plenty of trail miles under my belt, I’ll be starting a second prototype this winter with the full intention of eventually offering a stock USA made full suspension platform from my shop in NH. But before we get ahead of ourselves, thanks to John Watson and the rest of the team at the Radavist for allowing me to share this first prototype with the readers here at the Radavist. There’s a lot of work to be done in the coming months and thanks to everyone’s enthusiasm both online and off about this new project and direction for 44 Bikes. *Bonus Side Note: As some of you may know, I have names for my bike platforms. The Marauder is my mountain bike. The Huntsman, my road bike. This full-suspension bike? Its working title is The Snakedriver. The back-story to that name derives from my Dad’s best friend and master woodworker, Marshall. As a kid, we’d go over to Marshall’s woodshop just out of town and he always had some incredible project going and an even crazier story to share at the end of the day when the sun went down. One such story went something like this: He and a character named Frank owned a business named “Snakedrivers Property Cleanup”. A request would be made by a client to clean up an estate.

So they’d haul it out, and salvage or scrap whatever they could. The only problem was they constantly got calls for “rodent control”. Well, one particular afternoon, with no job at the moment, they got a call from someone asking if they could come over and get rid of a black rat snake in her woodpile. With nothing else going on, they decided: “Why not?” The ensuing chaos was the stuff of legends and tall tales. So it’s with that spirit of stepping into the unknown and taking on new challenges in the path that lies ahead with a fun spirit from which this bike shares its namesake.