There seems to exist a set of truisms in mountain biking: your next bike will always be better than your last, my local trails are harder than your local trails, and the fastest local rider isn’t on Strava and humbly rides a singlespeed. Then there’s the local legend, a misfit rider, the slightly anachronistic character that emerges on the trail mid-group-ride on a hardcore hardtail who rides loose and fast and with reckless disregard.

When Kona announced the Honzo ESD earlier this year it came as a great surprise. The original Honzo has remained relatively unchanged since 2012 and this new version looked like a poolhall brawler by comparison. Dominated by modern geometry, BMX inspired frame lines, and a build kit suitable for Bender himself, it was clear this was going to be no ordinary Honzo…

I personally was excited when the ESD appeared in my news feed, but relegated that lust to the back of my mind knowing full well my garage could not absorb yet another stablemate. Then my phone buzzes. It’s John and he has an ESD in my size looking for a review. Well ok then. Let’s get on with it. Speak of the Devil

Just look at it. That uninterrupted line from the tapered, steel headtube all the way down to the hardened sliding dropouts, that deep red paint coating the deftly formed tubing, and a head badge suitable for an album cover. The frame itself, borne of steel and flame, is a masterpiece.

The numbers are numbing as well: a 63° head angle, 77.5° degree seat angle, 490mm reach on a size large, and comically short 417mm chainstays. If that doesn’t make you want to tear off your sleeves and skip the kneepads, check your pulse. 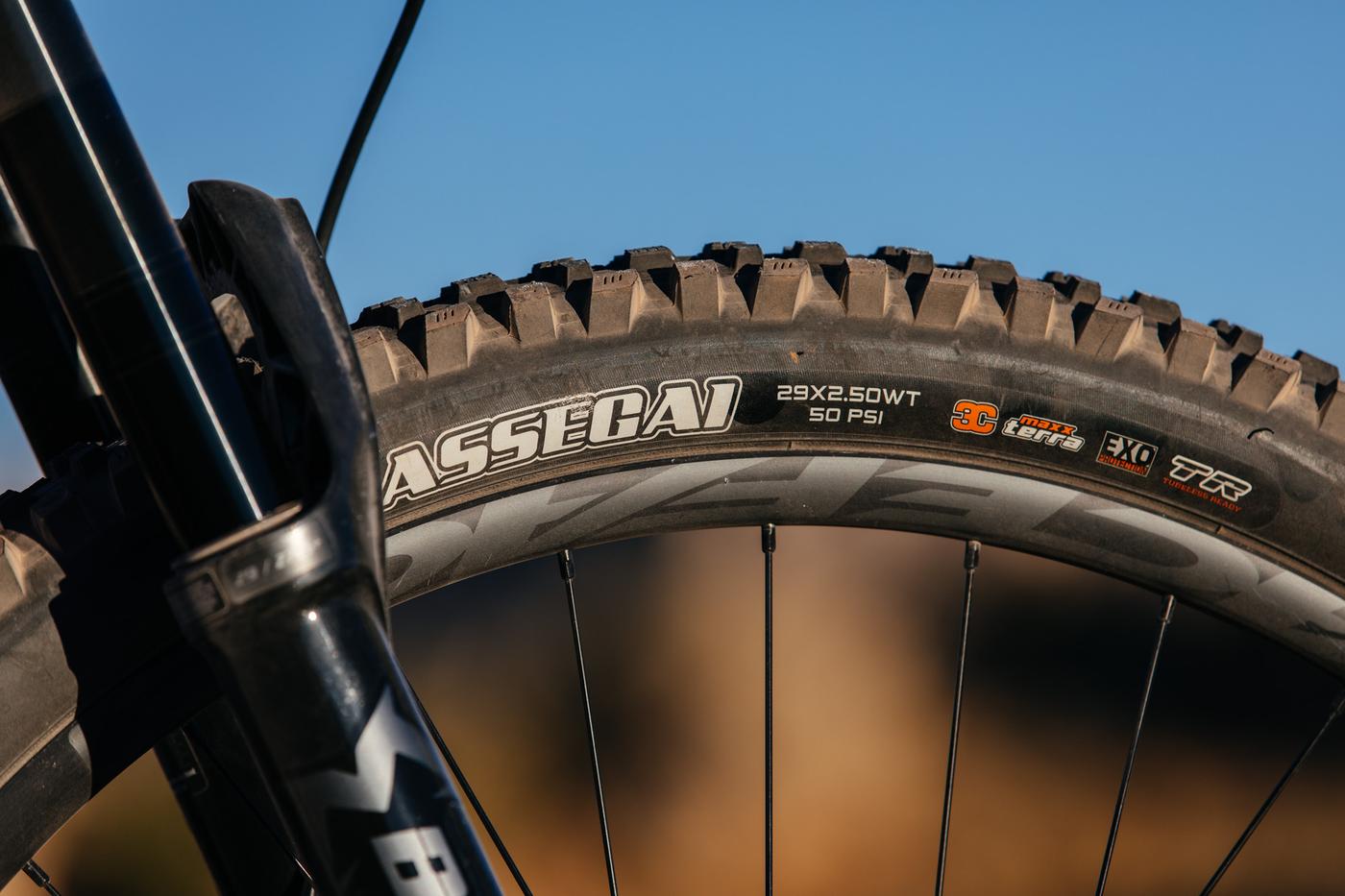 Kona only sells one build kit for the ESD, the details of which can be found on their website, but I’ll highlight a few notables. The front travel is handled by a Marzocchi Bomber Z1 with the standard GRIP damper, which seems like a no-brainer choice for this bike. The large M-shaped crown arch is a nod to the old school freeride days of the Stinky and the legendary 66. Despite its lack of adjustments, the GRIP damper at 150mm proved to be easy to set up and simply worked as it should under hard riding. 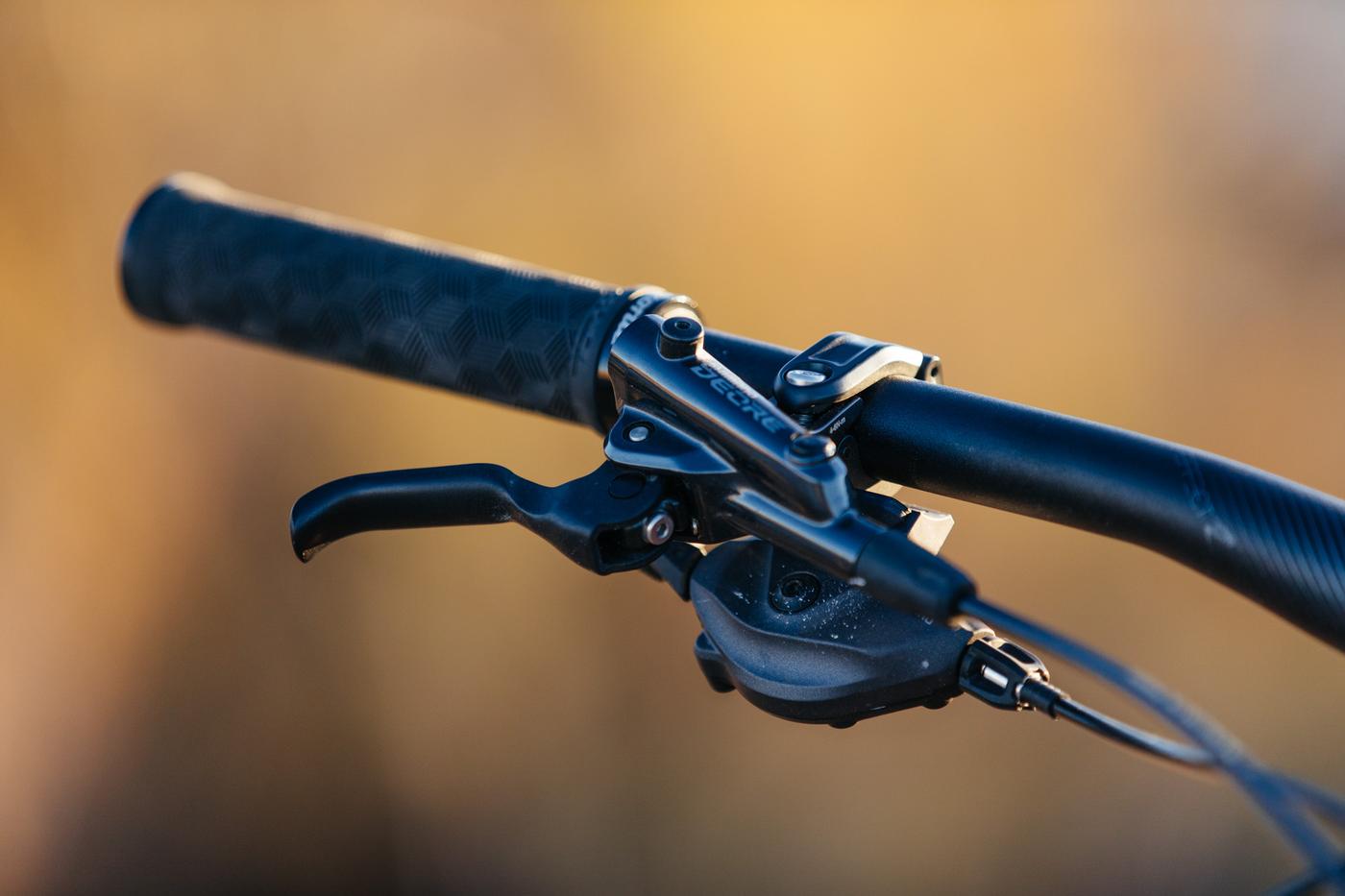 To help keep things in control, 4-piston Deore brakes and dinner-plate-sized 200mm rotors come stock paired with a sensibly durable SLX drivetrain. Stout Race Face AR 30mm wide rims are shod with a 2.5 Assegai front tire and 2.4 DHR II in the rear. TranzX provides 200mm of drop to take advantage of that low-slung top tube and Race Face finishes out the cockpit with no-nonsense 35mm stiff bars and a stubby stem to boot. No, you won’t win any XC races, thank God. 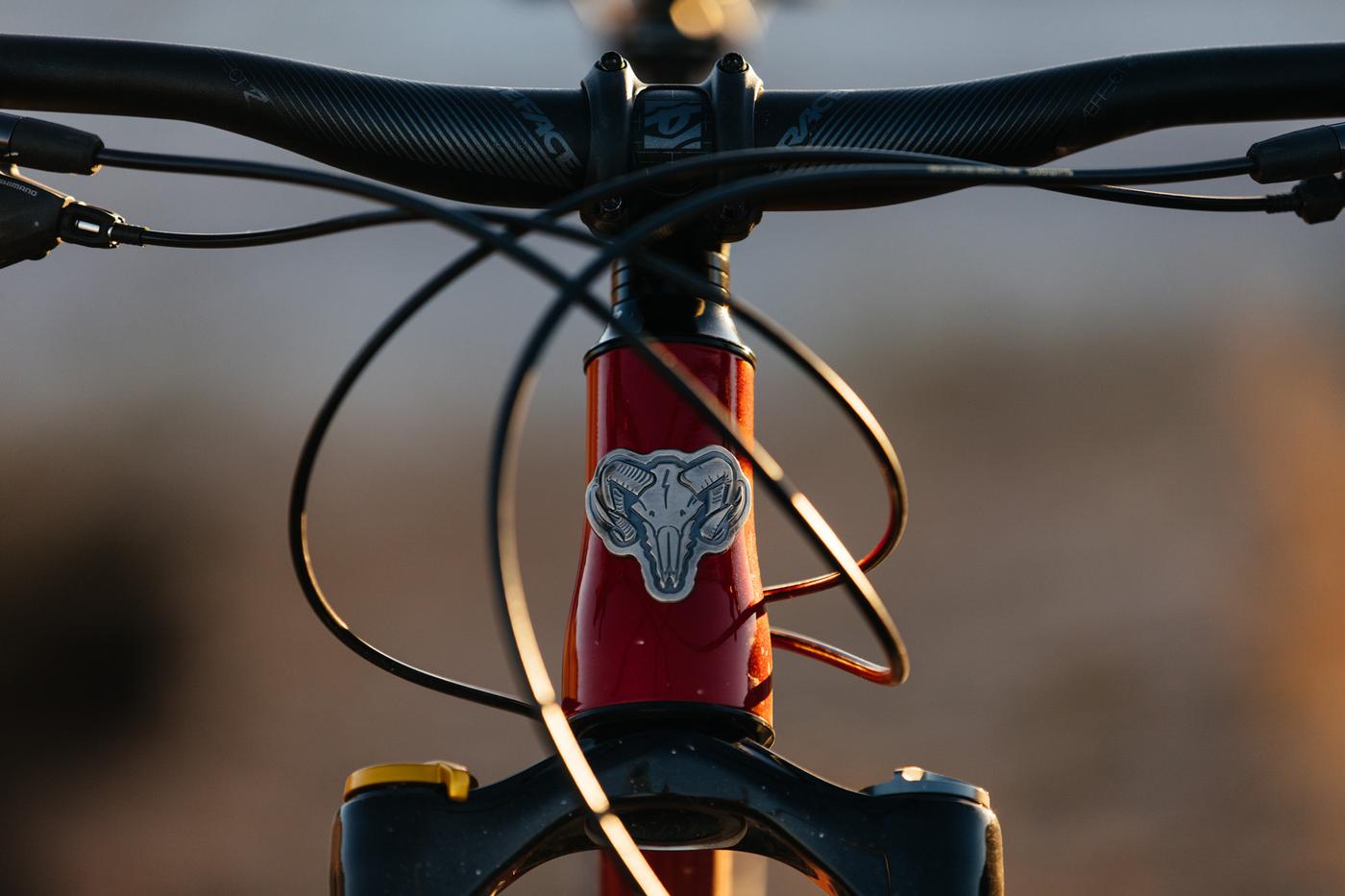 Mommy, Can I Go Out and Ride Tonight?

So, we have a badass steel frame and smartly selected components to match, does it all add up? In a word: Yes. My first ride was, admittedly, a shuttle. I was dropped off shortly after sunrise atop our local mountain after unusually early snow in September. The fresh snow made for a muddy, rooty, helluva rowdy first ride–perfect for a slacked-out hardtail.

After getting a feel for the brakes and center of the frame, corners were slashed with ease and technical rocky sections were dispatched without a second thought. My fears that riding this hardtail at speed would shake me up like a stolen forty of PBR were put to rest within the first mile. This bike is special. After 13 miles and a few thousand feet of descending, I had found a rhythm, wherein a turn could be engaged by dipping the heels and dropping the hip and pumping over rocky sections suddenly rekindled the inner-child in me recalling my old chrome Redline BMX. 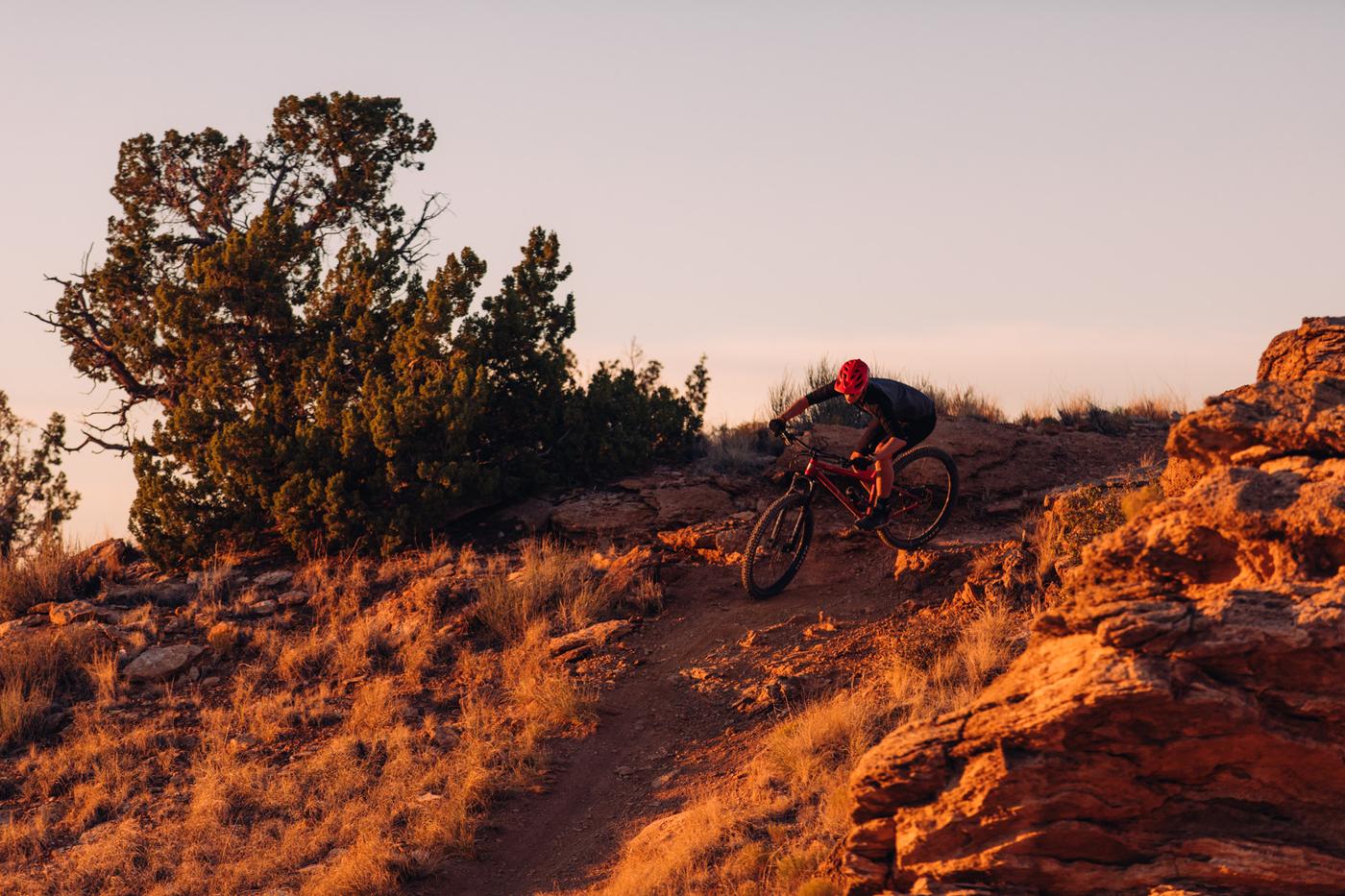 My second big ride included a 2,000’ ascent up a forest road followed by 11 minutes of ripping fast downhill. Here, the new-school geometry really shined. Pedaling up was comfortable as the upright position, well-sorted reach, and sympathetic gearing proved to carry the hefty machine with little concern. Fears over the slack headtube being cumbersome going uphill was unfounded and once pointed down the steepest of steeps that extra slack angle in tandem with the ultra-low standover height yielded the confidence necessary to tackle the roughest lines at speed. Under the right rider, this bike is a missile. 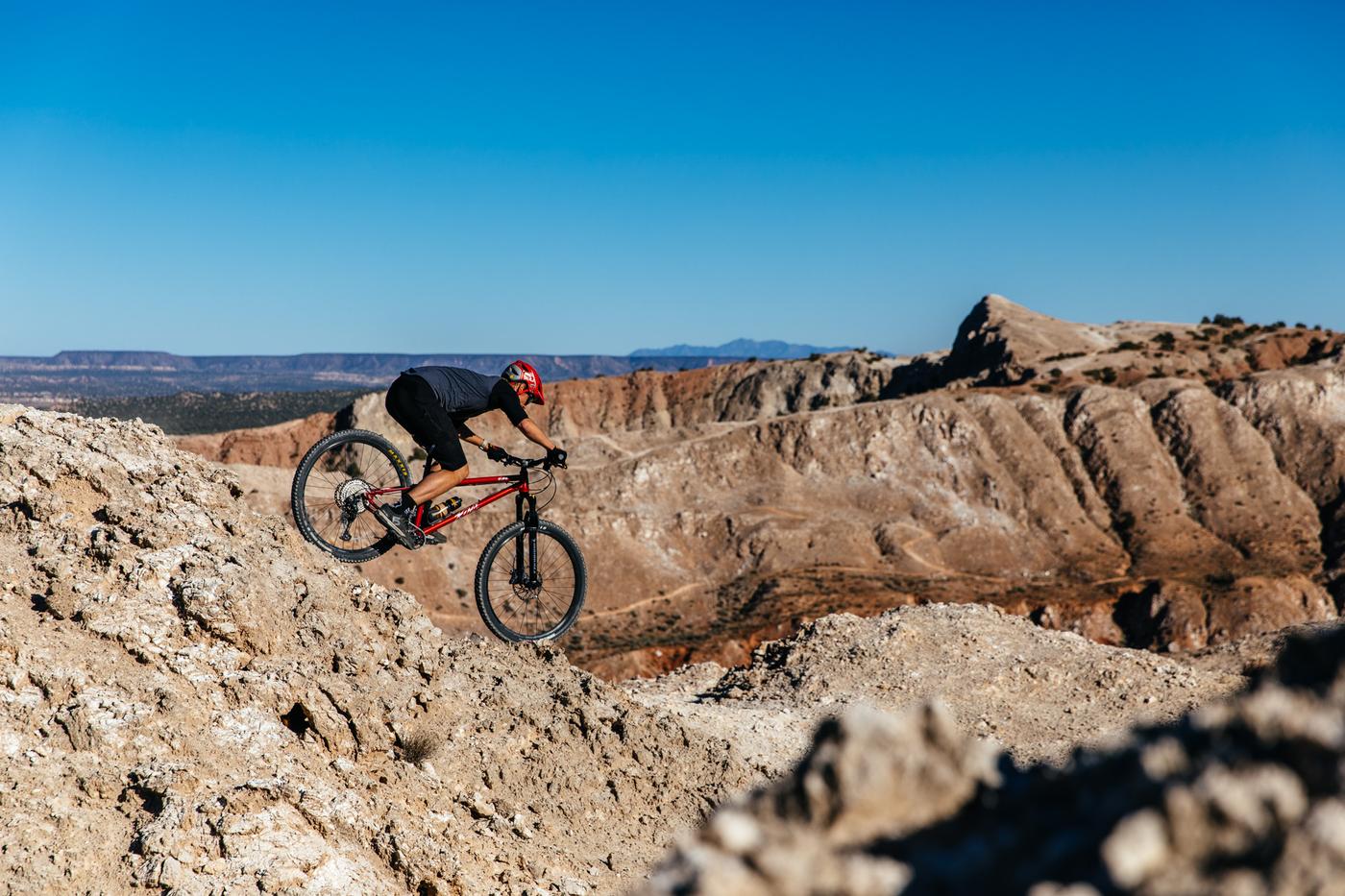 The honeymoon phase never quite faded, but riding the ESD on a variety of trails started to reveal both its flaws and brilliance. The faster and more relaxed I rode, the more it pushed me towards my limit. I wanted to return the favor and sought out particularly challenging trails to see who would back down first.

Where the Kona really shined was in fast, wide-open style descents where you get low on the bike and start carving up the trail like a ski racer. The short rear end has a tendency to oversteer on loose ground causing plenty of pucker moments, particularly since the front end tracks so consistently. Once you find that breaking point, though, every obstacle and b-line becomes a playground and you can flick the tail any which way you want. Even on familiar trails, you start scanning for options to jib, jump, and jab as much as possible. 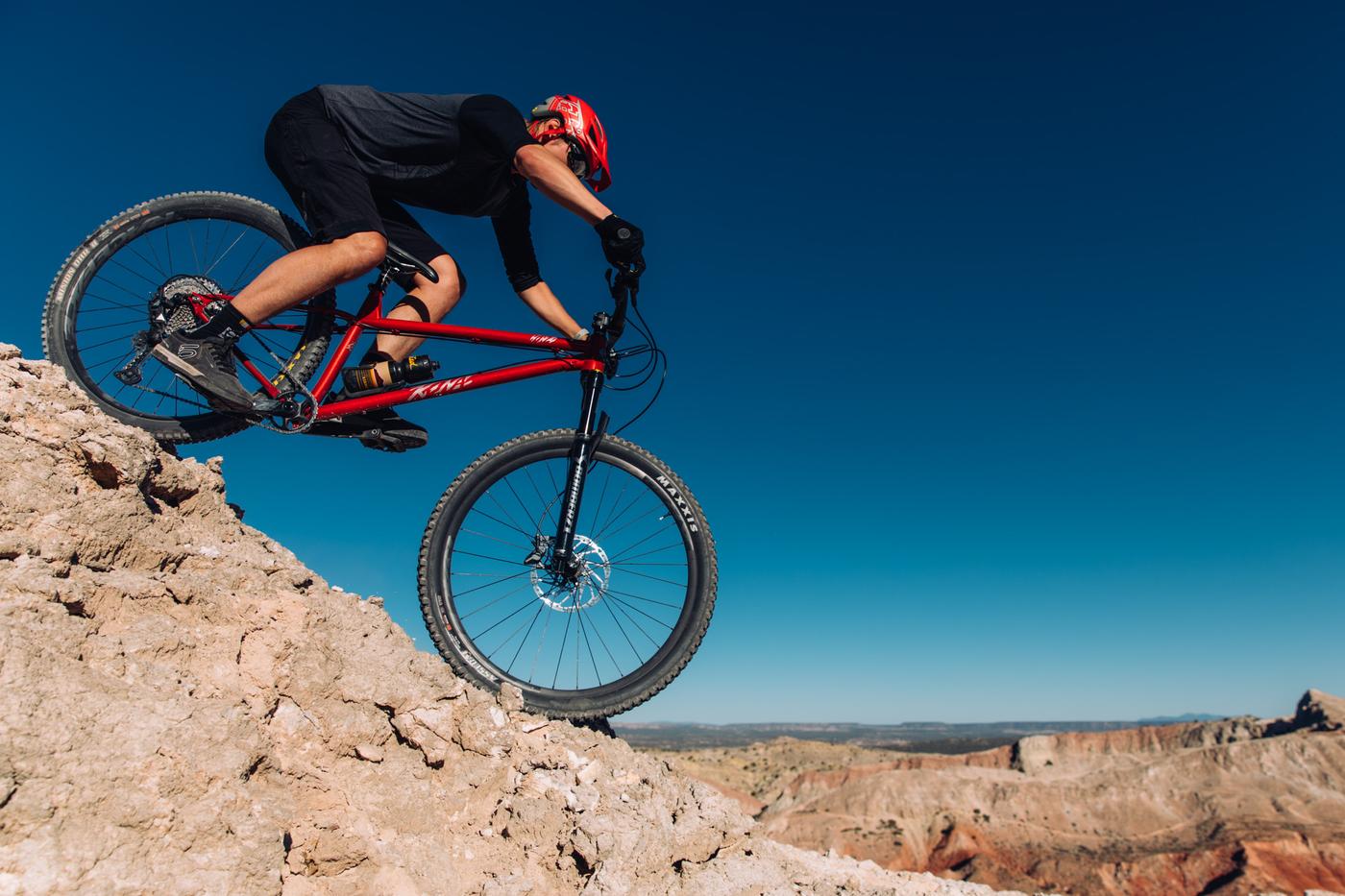 Even the steepest and chunkiest rock faces provide no problem for the ESD. The steel frame has a very noticeable damped quality to it, taking a significant edge off the most egregious line choices. It’s subtle and smooth, not chattery and bouncy like some other hardtails. This is where the overall porkiness comes into play as it no doubt helps keep the rider more planted than if it went on a diet. The weight only becomes noticeable when trying to bunny-hop or lift over trail features as the overall ride lacks the sort of springiness that others possess and the front end tends to dive over drops, requiring more focus on your form than less radical designs.

On a solo ride where I felt like a zombie trying to summon any extra effort, it occurred to me that this is the quietest geared bike I have ridden. That same frame damping quality and quiet hub choice left the woods totally still and without interruption. With scant moisture this year, railing turns still provided an audible velcro sound which provided the inspiration to engage, push, and pedal harder until all that was left was the echoing hoots and hollers down the mountainside. On mellower terrain, the geometry still provides plenty of entertainment as long as you can get up to reasonable speed. Only on rolling terrain where the steeper seat tube angle starts to throw you over the bars does one get annoyed with the riding position. Most of our in-town trails fall into this category and while it was not the most ideal tool for the job, there’s no reason to say it was unable to keep up. Only on our tighter, twistier, slow, and unforgiving trails did I start to curse its name. The oversteer would make forced turns into balancing acts and overall heft would start to wear you down. Once the trail opened back up again, though, all was forgiven after a few pedal strokes and the slamming the dropper back down. It’s not always a party in the forest, unfortunately. Let’s start with that build kit. It only took two rides for me to tear an irreparable hole in the rear tire. A bike designed to be ridden this aggressively deserves more durable casing than just EXO. I knew that was going to be a problem beforehand and was running 28psi to compensate. Kona, you know better. My second problem was a little unexpected: the dropper is too damn slow. After executing a grin-inducing downhill and approaching a climb you would press the lever, wander off and flip the vinyl to the b-side, sip a beer, and return in hopes it had reached full height. My other issues are harder to look past. First, the bottom bracket is criminally low. Don’t believe me? It’s a full 3.5cm lower than my Sentinel. This point was made woefully apparent when I climbed a local technical section that I usually can clean 90% of the time. I could barely get past the first feature. I later rode a new trail that had some benchcut and found I was excavating the hillside every ten feet. Any ride that involved technical uphill became a dreaded affair and disappointed in speccing it with a 175mm out of the box. 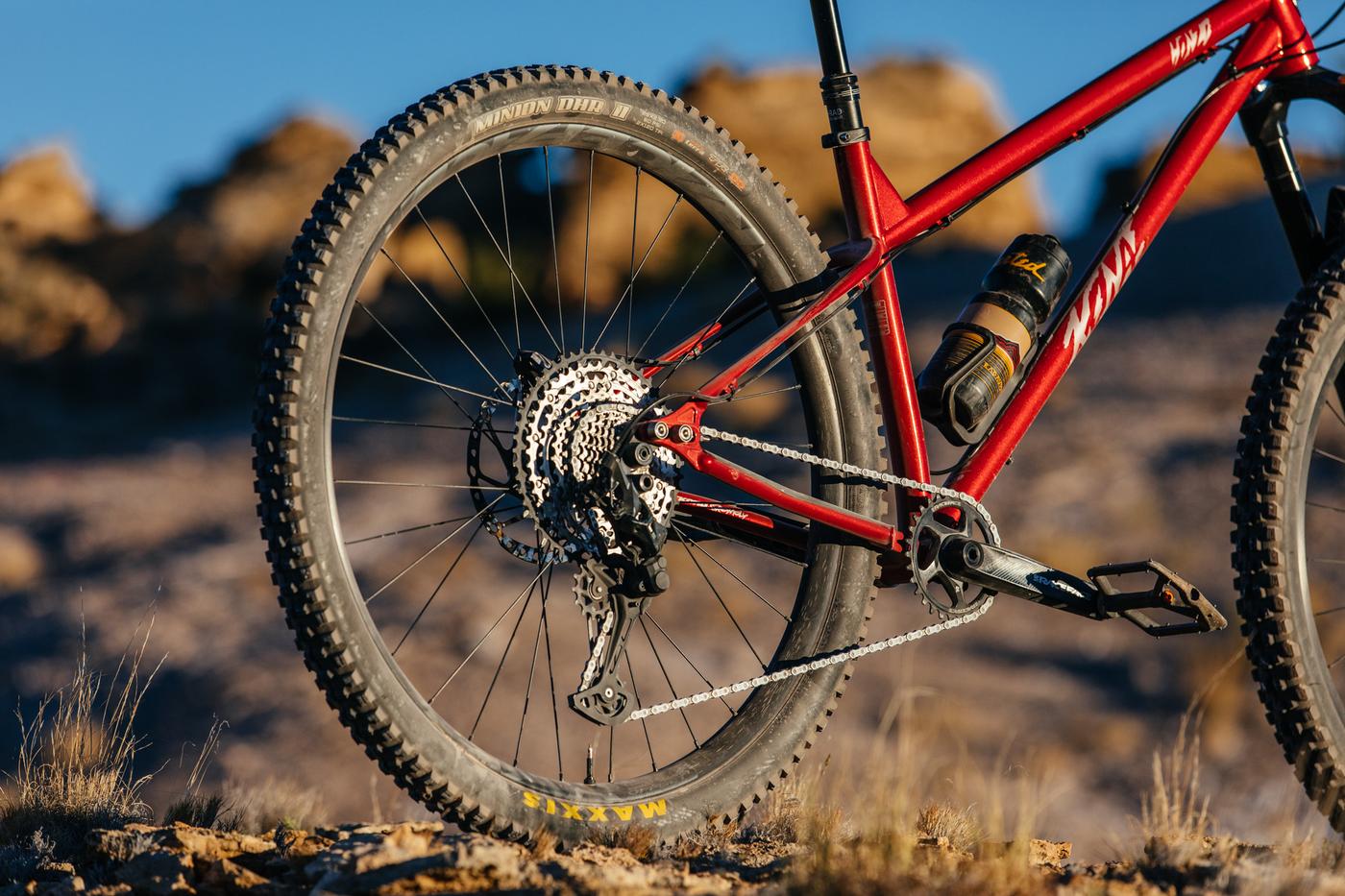 Related to that low bottom bracket challenge is the extremely short chainstays. I understand the tendency to want shorter stays to counterbalance a long wheelbase and slack head angle, but it becomes a liability both up and down. When climbing, the shorter stays make it a challenge to maintain traction up and over features, particularly when they are repetitive and you’re losing momentum. Going downhill, they’re fun when things get tight and twisty, but when trying to carry speed through a chunky section, that lack of stability makes you feel like a teenager getting tossed around in a concert mosh pit. I tested this theory by slamming the sliders to the farthest rear position, which made a reasonably improved difference in both departments. It may be counterintuitive, but bikes with super slack frontends and long wheelbases change their departure angles, similar to long wheelbases on offroad vehicles. If the front is slackened and the bike gets longer, I feel the bottom bracket needs to be raised to counteract this trigonometry change. This may be the first bike I have consistently struck the chainring on features going downhill where no other bike I have ridden has ever made contact. 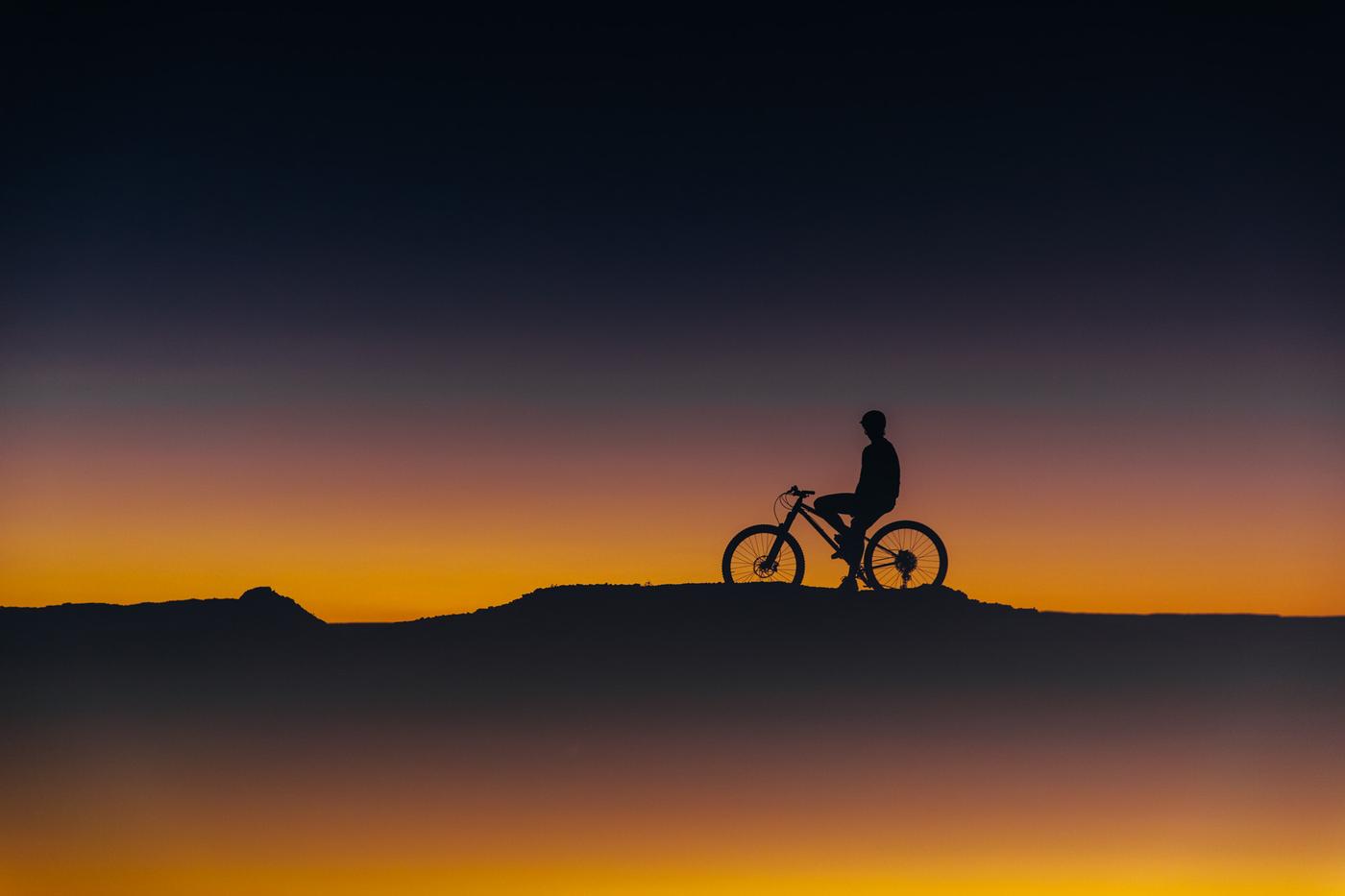 You may be beginning to ask yourself how to reconcile these observations. Yes, it may climb with the same finesse as a drunken Johnny Rotten, but then it descends with the foolish exuberance of Iggy Pop. In some ways, similar to a good relationship, you fall in love with the flaws. Where you might find frustration and a steep learning curve, you’re rewarded with some of the most exhilarating riding offered on a modern mountain bike. What Kona has done with the ESD is let their mature Honzo hang out with the wrong crowd, only to return with a mohawk and attitude. Now we’re left wondering if we want to tame it. The biggest question is who is this bike for? Are you looking to add some challenge and excitement to your local steeps? Are you searching for a timeless frame instead of a plastic Wünderbike? Do you enjoy pumping over plowing? Is your preference Danzig over Graves?

Only you can answer those for yourself, but at least we can agree on one of the answers.

The Kona ESD retails for $2699 for a complete as pictured, or a frame for $665, and comes in sizes S-XL. Kyle reviewed a size large in this review. See more at Kona.