Jambi Jambi and the Soft Time Tour d’Idaho with Friends Sarah and I drove from Durango for 14 hours and met Ronnie, Namz, and Hubert at the start of the 10-day ride. This was deep in the home of the Nez Perce people and where Lewis and Clark held their expeditions.

The story of Lewis and Clark is not well known where I hail from. I tested the Australian people, asking who Lewis and Clark were to which my friend Kaylene said “like Superman? as in Lois and Clark?”. Often thought of a work of fiction like the tales of Huckleberry Fin, rather than something so embedded in American History.

Around the campfire, artfully managed by our tour fire-warden Nam, I listening to the well-casted knowledge of a metaphorical descendant of Lewis and Clark; Benedict Modern-Day-Wildman Romance. Ronnie would spin his stories with the namesakes of rivers, passes, trails, towns all holding the names of the people who had moved across this land 200 years ago – I found myself on board with the human feat and the written history of L & C and the Discovery Corp. 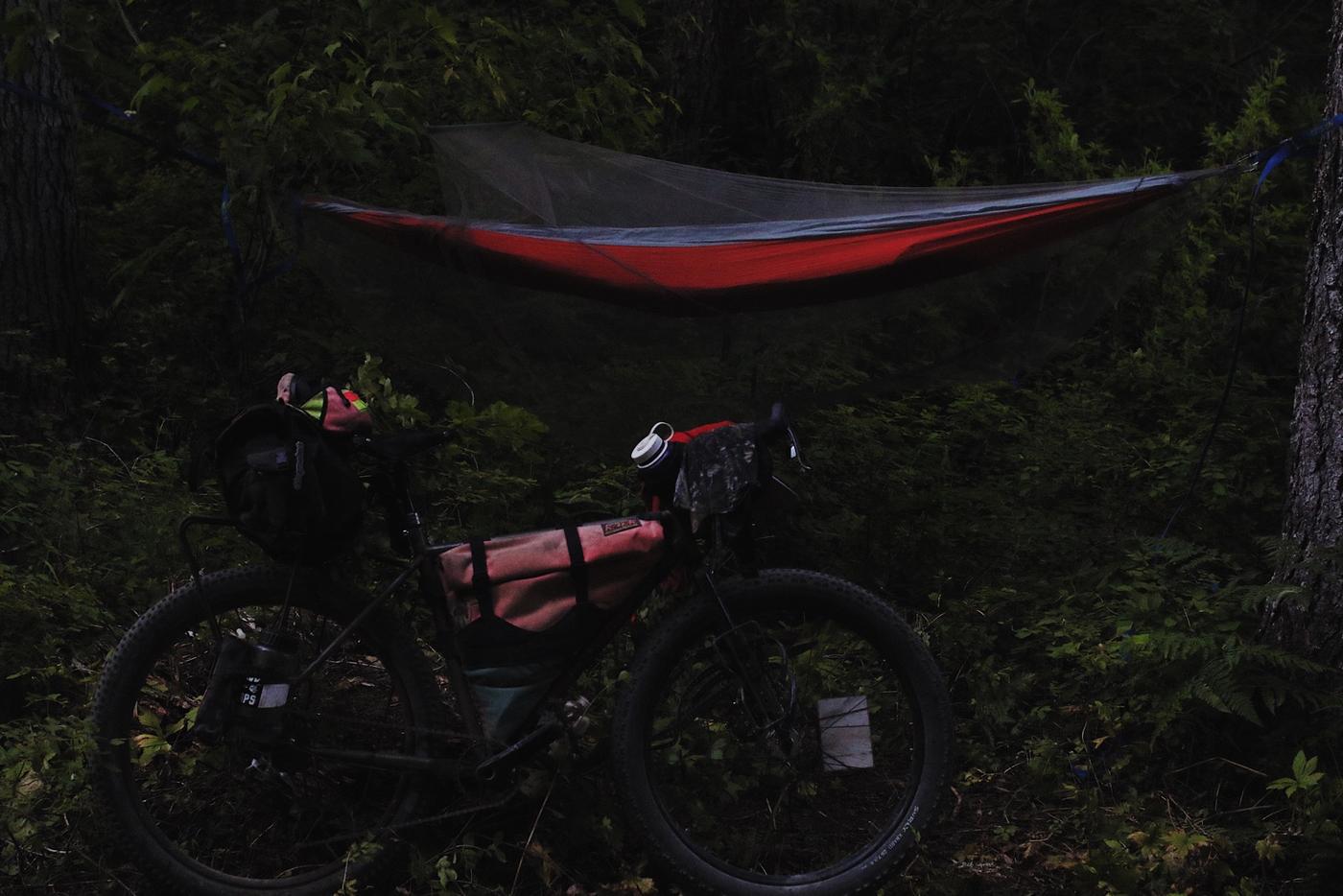 I picked up a book from the Lewis and Clark Inn at Syringa, about halfway through our charming Clearwater River following bicycle ride. The book was entitled ‘The Essential Lewis and Clark’. I read it by battery-powered light in my hammock each night, which I soon learned was in the same area their journey found the hardest times. A contrast to our journey thus far. 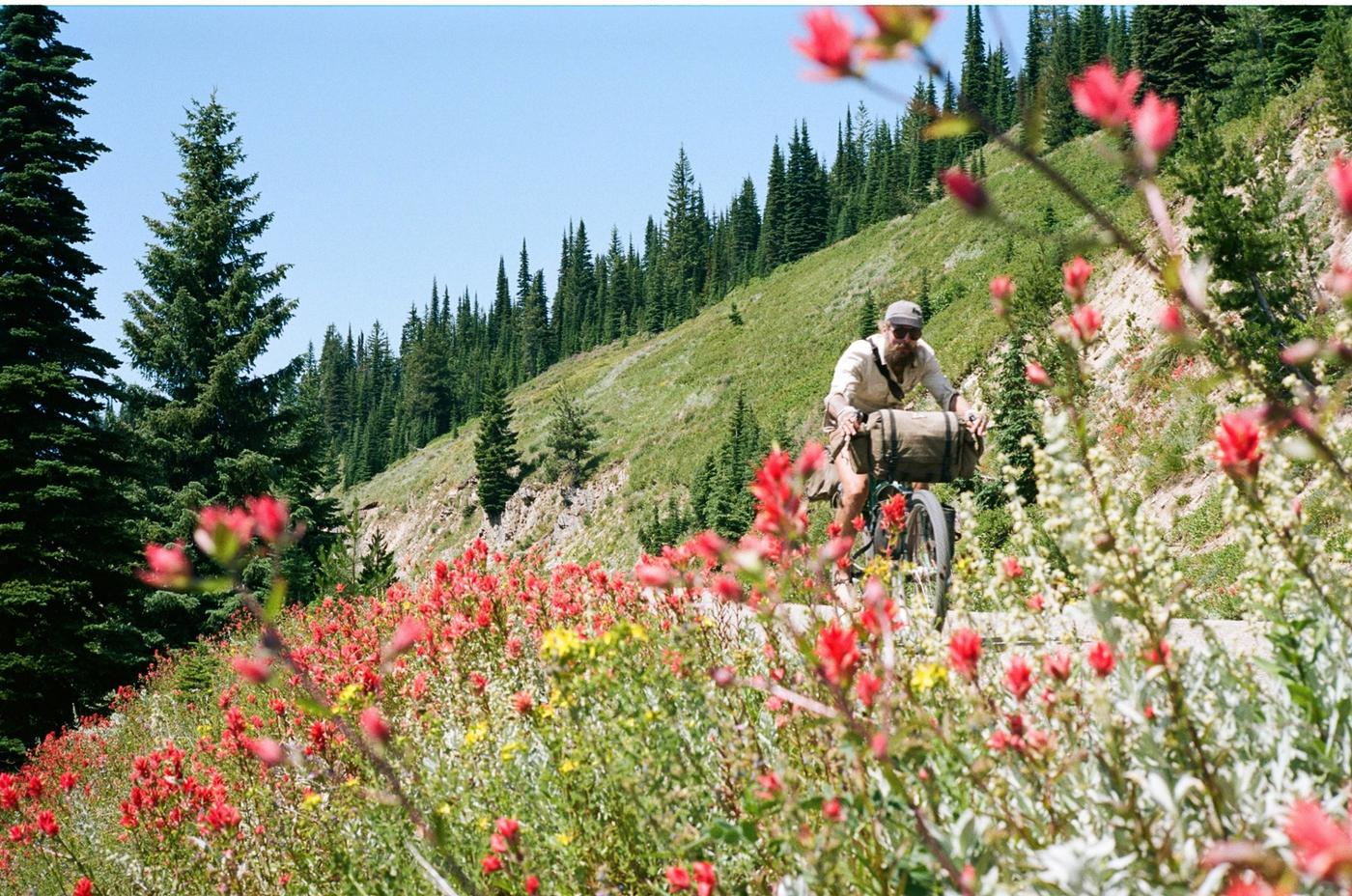 Suddenly I found more depth in the journey our small group was on, namely in the landscape but also in our small corp. All but myself were photo casting in analog, many of the rigs, fabric choices, colors, and intentions all simple, earthy, reminiscent of days past. 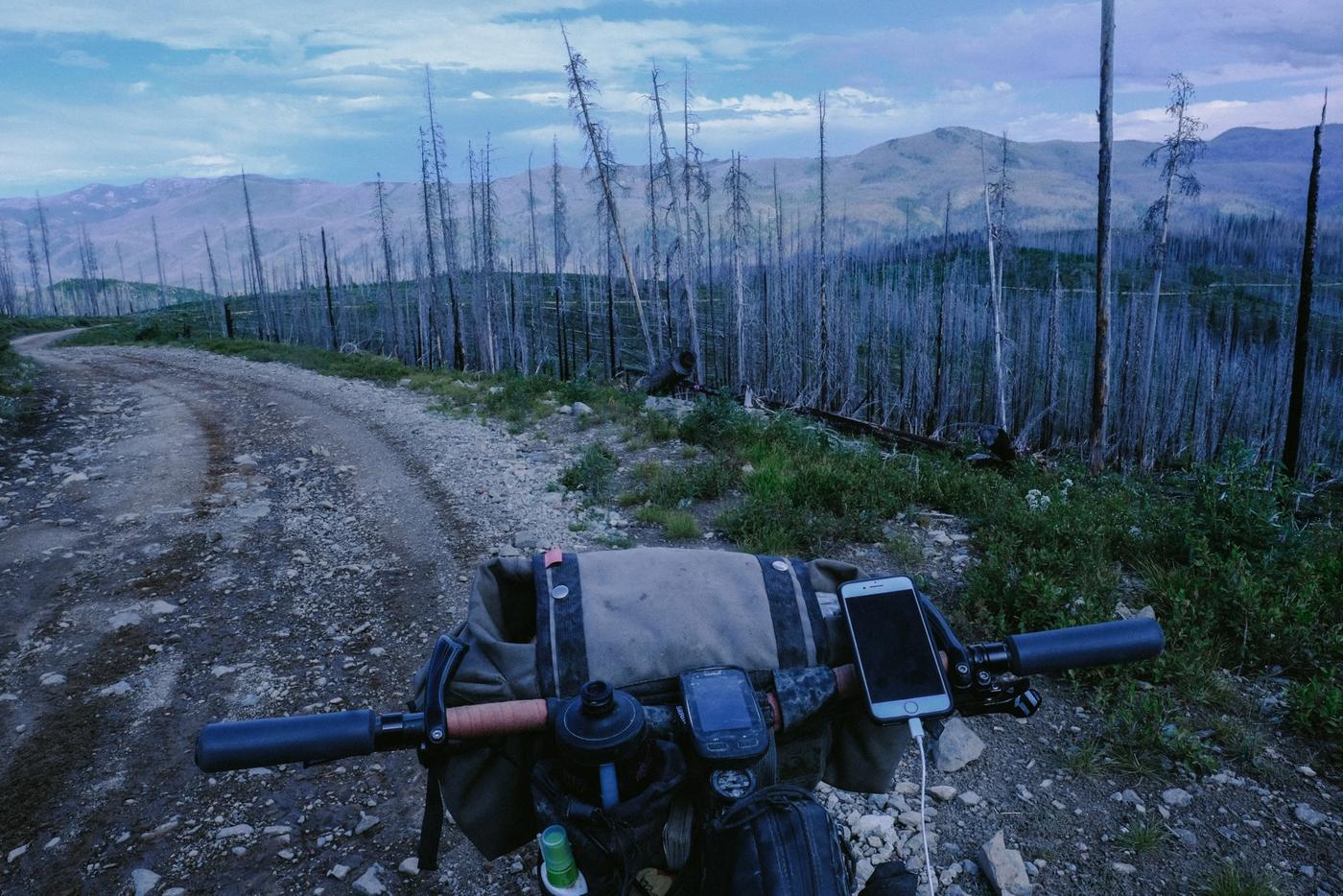 L & C apparently were the first Anglo-American journalists to reach the West. (Of course the Oral history, unwritten and shared amongst generations need to be recognized as well and as I continue to learn I will seek to find a more well-rounded education.) Not to mention the turmoil the Nez Pearce faced in this same era.

The two captains of our party kept careful notes about the astonishing conditions. They mapped every turn of the rivers they traveled, using both dead reckoning and celestial observations. They wrote detailed descriptions of flora and fauna and perspective of people and events they encountered. 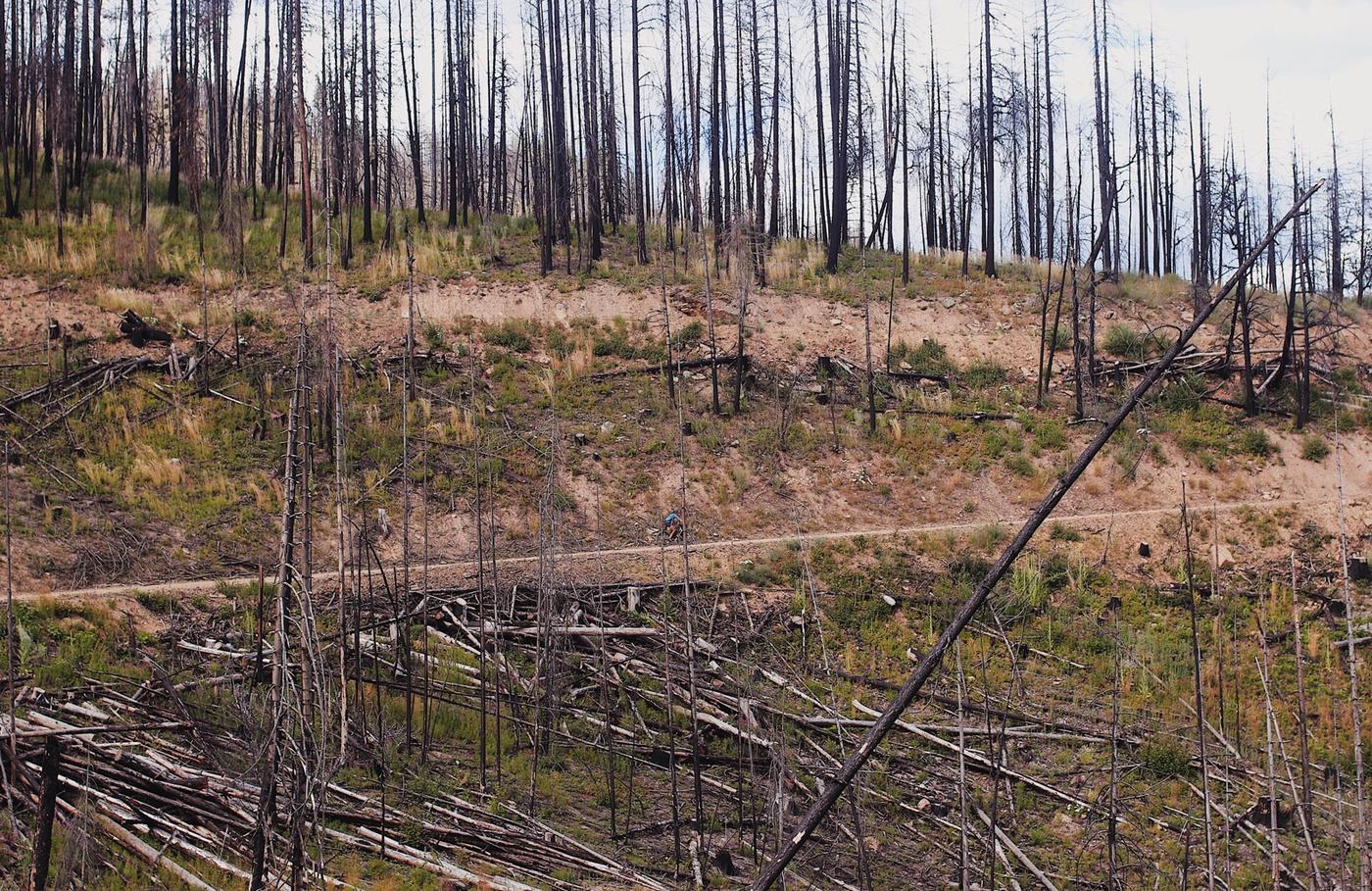 Travelers within the US today still benefit from L & C’s efforts. The journals of Lewis and Clark captured the imagination of the turn of the 19th century United States people – the wealthy were motivated to preserve it. Without it, it may well have ended like the entirely deforested Central Europe, as Benedict put it.

For the sake of an entertaining story – I am tempted to throw some likenesses of L & C to our own journey, make some fun comparisons, you know. Oh, the effort and ardor through this difficult territory! Yet it’s too much of a stretch even for me. We used easy logging roads, GPS tracking, elevation charts, signage and followed a well researched (with a cute name) Wild West Route. In the same section that Lewis wrote “I find myself growing weak from the want of food and most of the men complain of a similar deficiency, and have fallen off very much.”

Namz found her strength beating us all up the mountain in her first experience of her new cycling thunder. I was at the back but heard through oral history that she cracked a boiled egg over her head at the top. 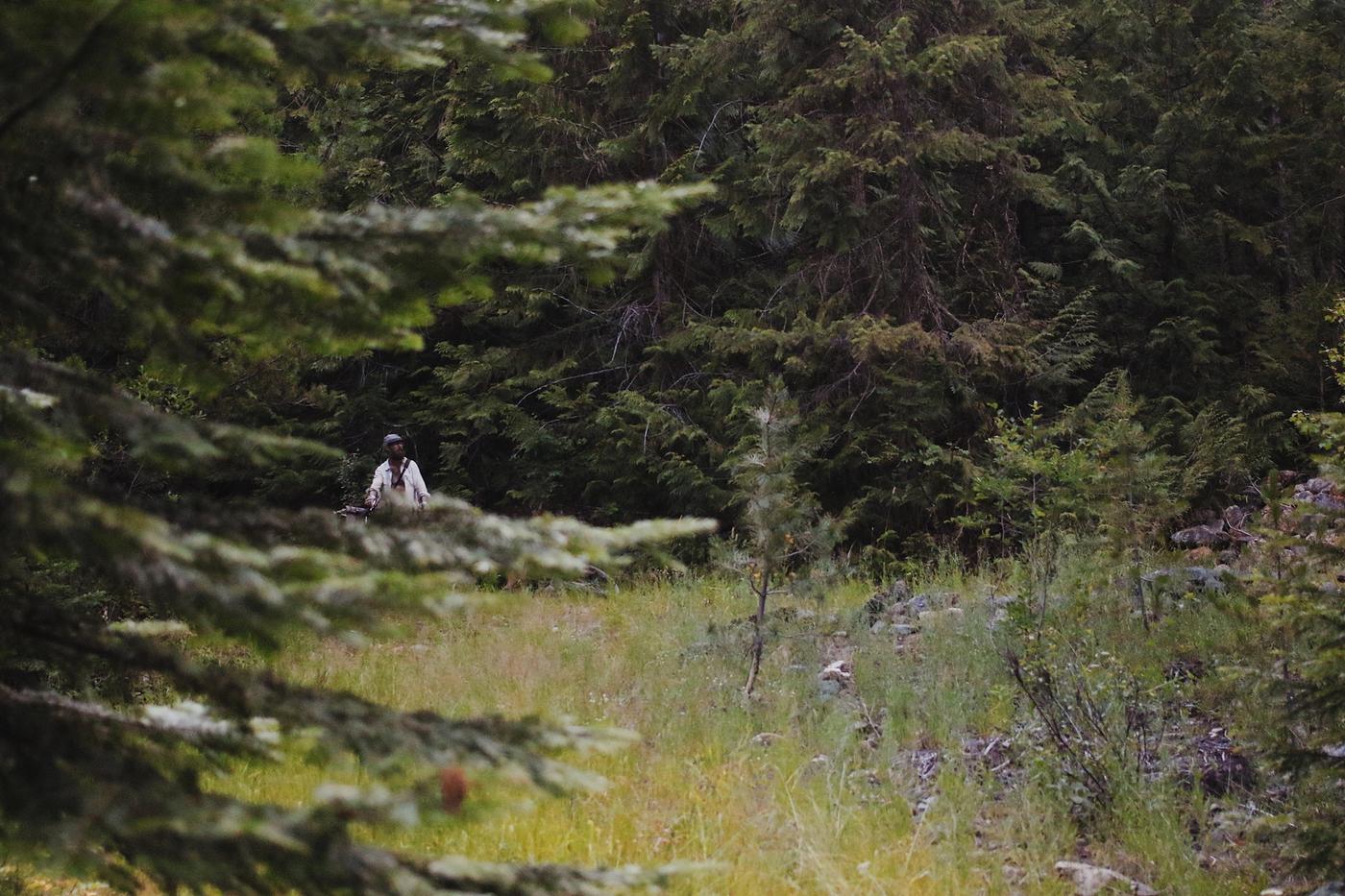 What I did enjoy was the delicate descriptions of the environment by Lewis. AND could occasionally see what he saw – the woods either side of the road still housing the wild and unfamiliar.

“The waters of this river is clear, and a salmon may be seen at the death of 15 or 20 feet.” Lewis

We rode through a country where water was so bountiful, as an Australian who is so used to drought and dried up, muddy billabongs, it was a lush experience. Numerous daily body washing, endless hydration at camp, the white noise of a properly running river helping you sleep – opposed to a more common shallow, trickling stream of the Australian bush. 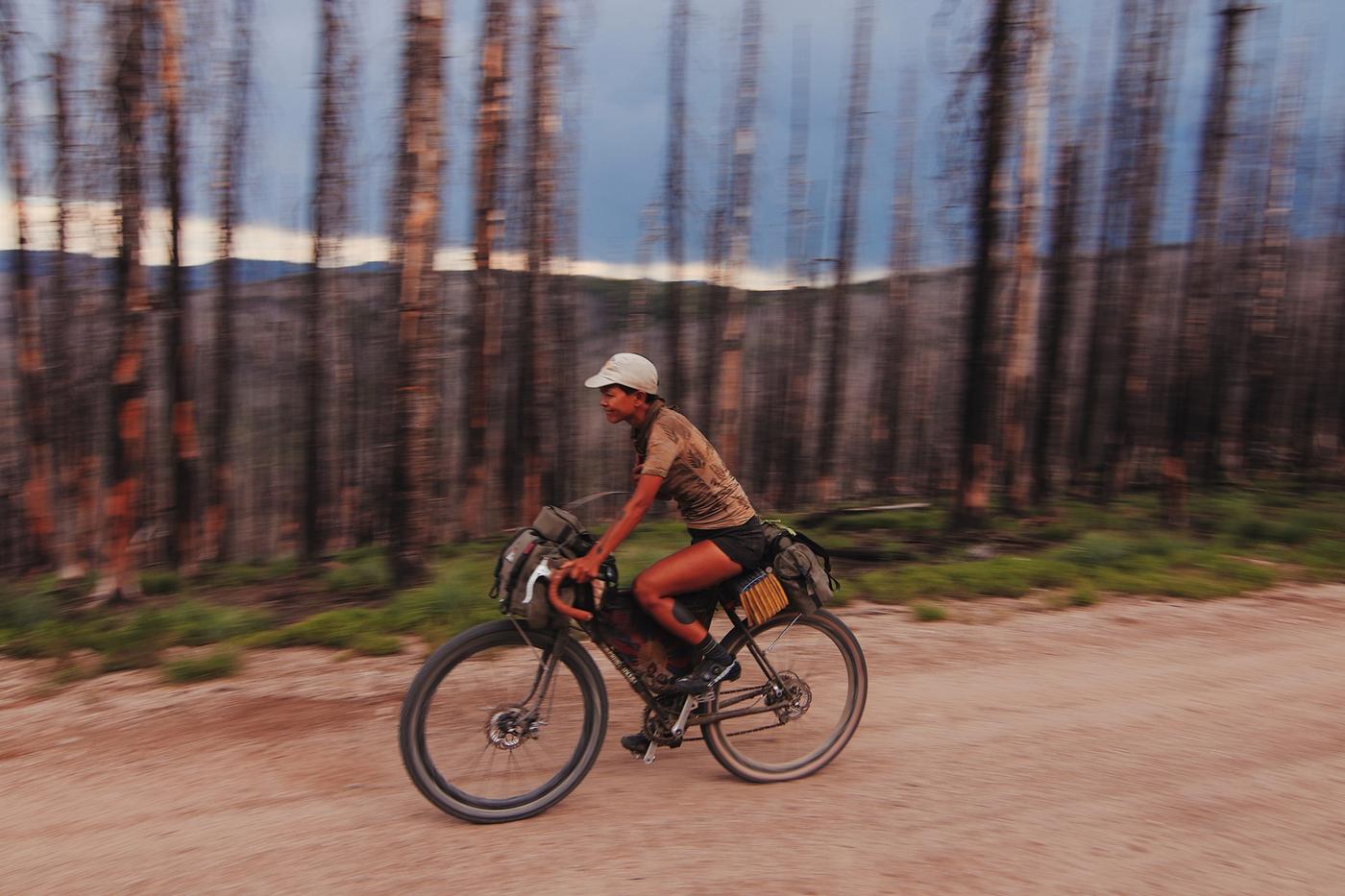 The most common scene in the mountains were scars from machinery and fires unfortunately. Magruder’s corridor giving us the best views with a height advantage of over the Idaho landscape at our highest point 8221 ft.

Clark wrote as he crossed these same ranges on 1805 “from this mountain I could observe high rugged mountains in every direction as far as I could see. With the greatest exertion we could only make 12 miles up the mountain.” 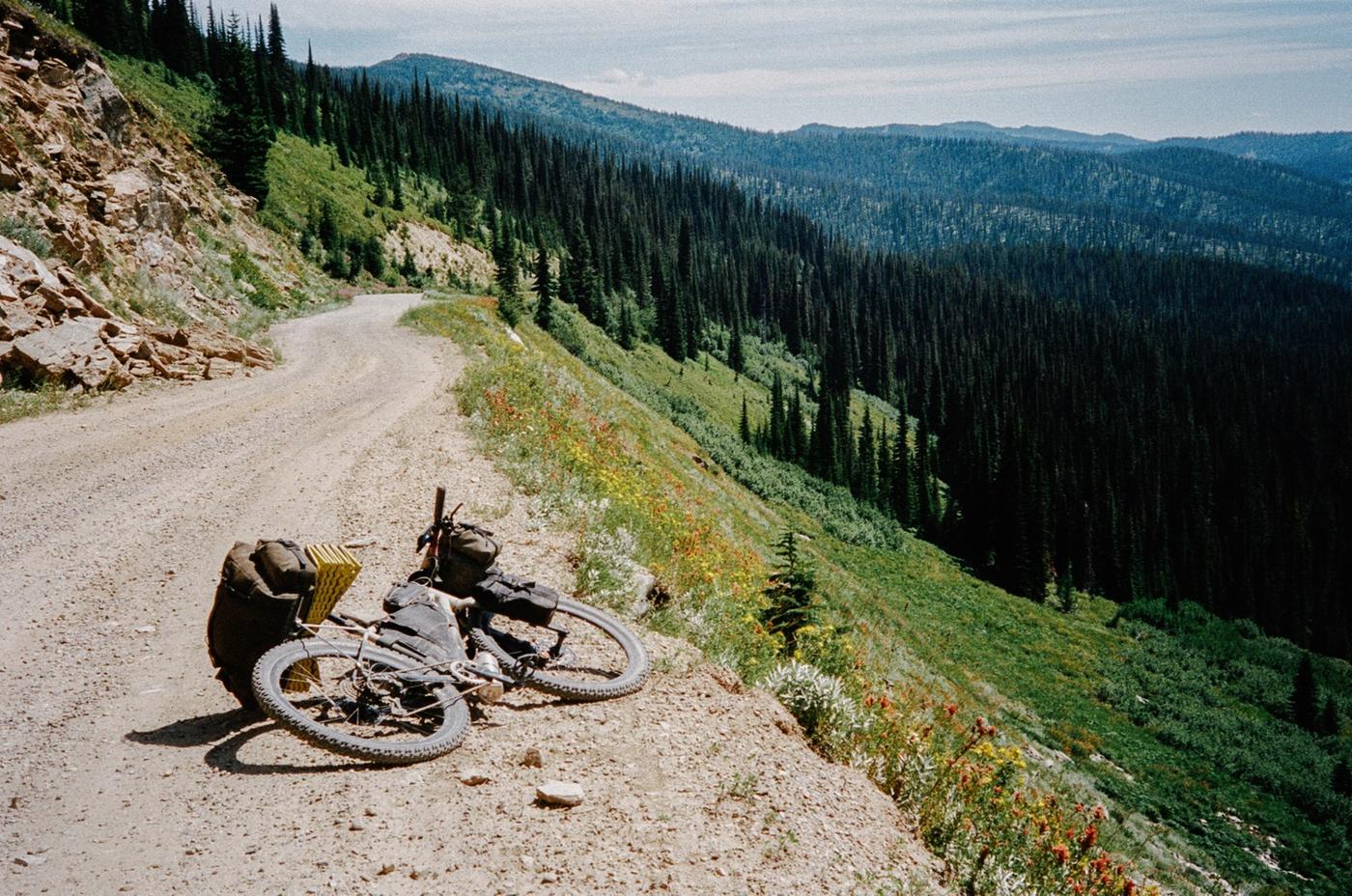 For me, any good bike tour has uncomfortable journeys of personal discovery; of your peers, of yourself, lessons of compassion and growth. Our tour was rich with this.

I have yet to read of this aspect of the L & C journey – I am guessing it is not in there. As historians speculate Lewis’s depression, after prolonged absence of journals. I do wonder about the growth and dismantling and rekindling of relationships throughout their odyssey with a group as large as 33? 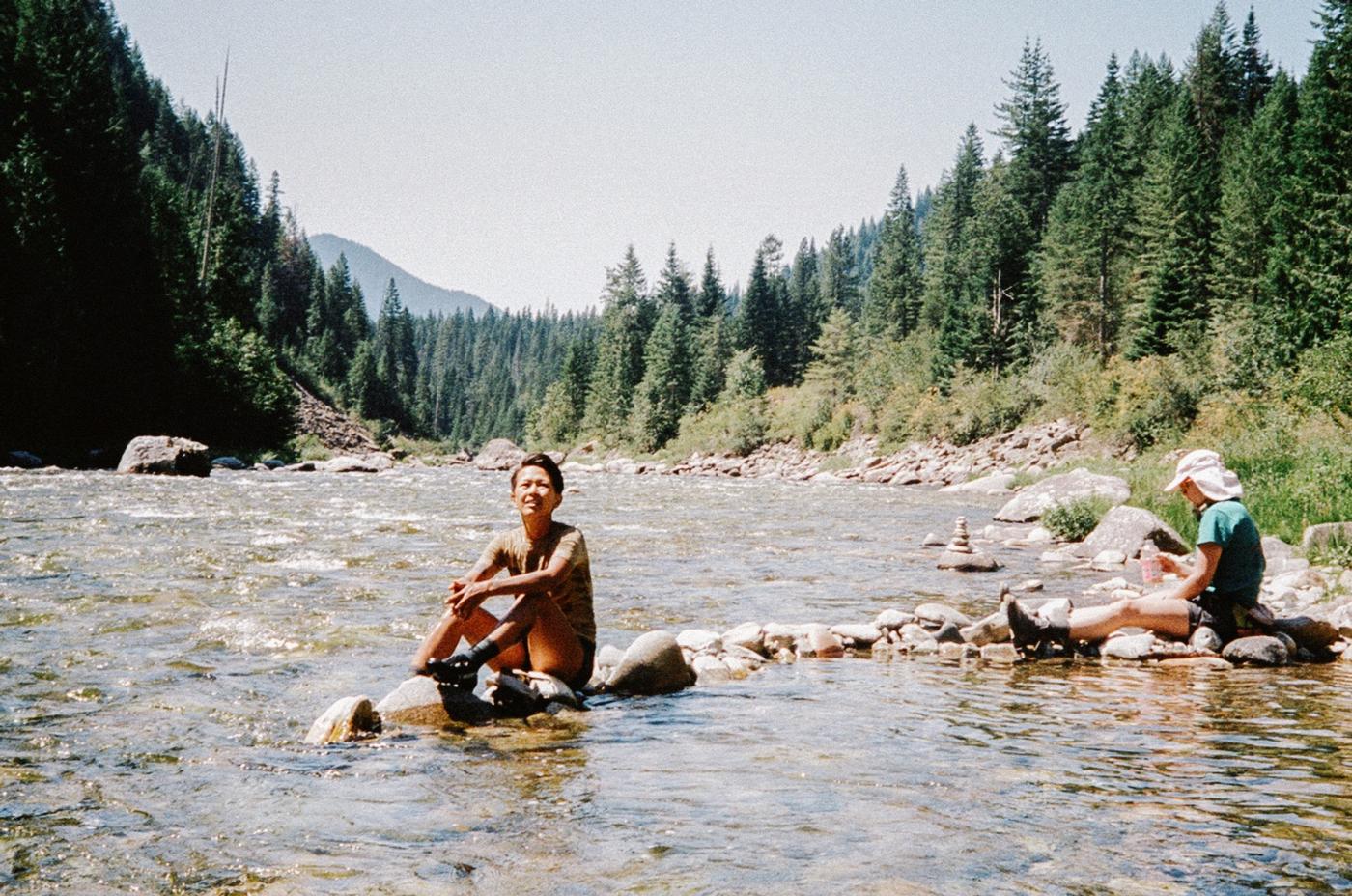 Just like L & C we all survived and got each other home safely.

These photos are a collection of Sarah, Rupert, and my own.