Boone first began making bikes at Co-Motion in Eugene, where he’s from. He learned how to braze there, before learning to tig weld at Ellsworth in Washington, which then transformed into Zen Cycles. A few years later, he landed a gig at Argonaut Cycles, helping Ben assemble the carbon pieces for his futuristic space bike road frames.

Years passed and eventually Ben and Boone parted ways, leaving Boone with a conundrum: what would he do now? 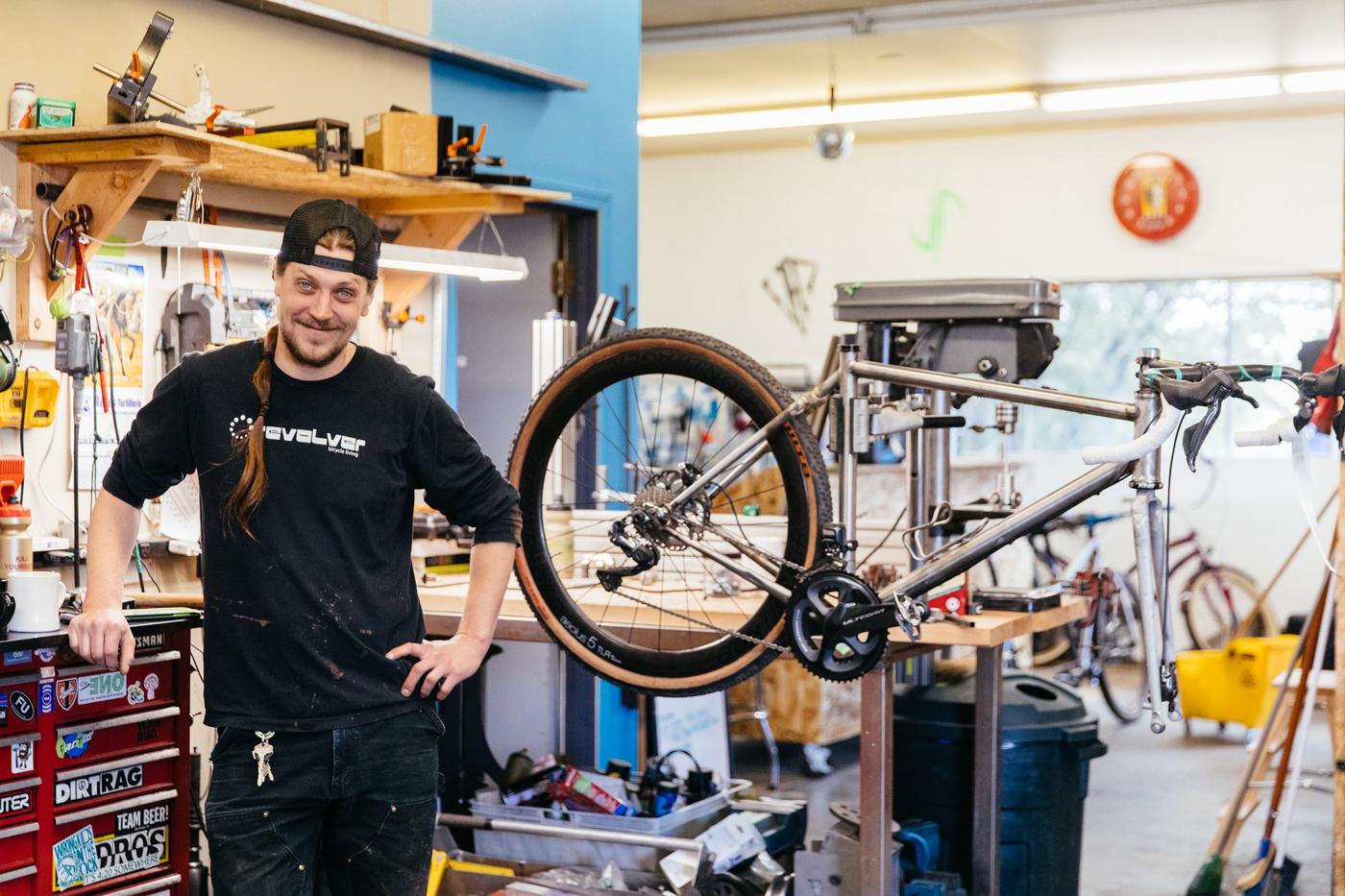 A commercial space opened up in Bend and it was perfect for a shop, so Boone rallied his friends from Shimano and Trans Cascadia to split the large, 2000sqft space. Now Boone had a workshop to play with metal while listening to metal. 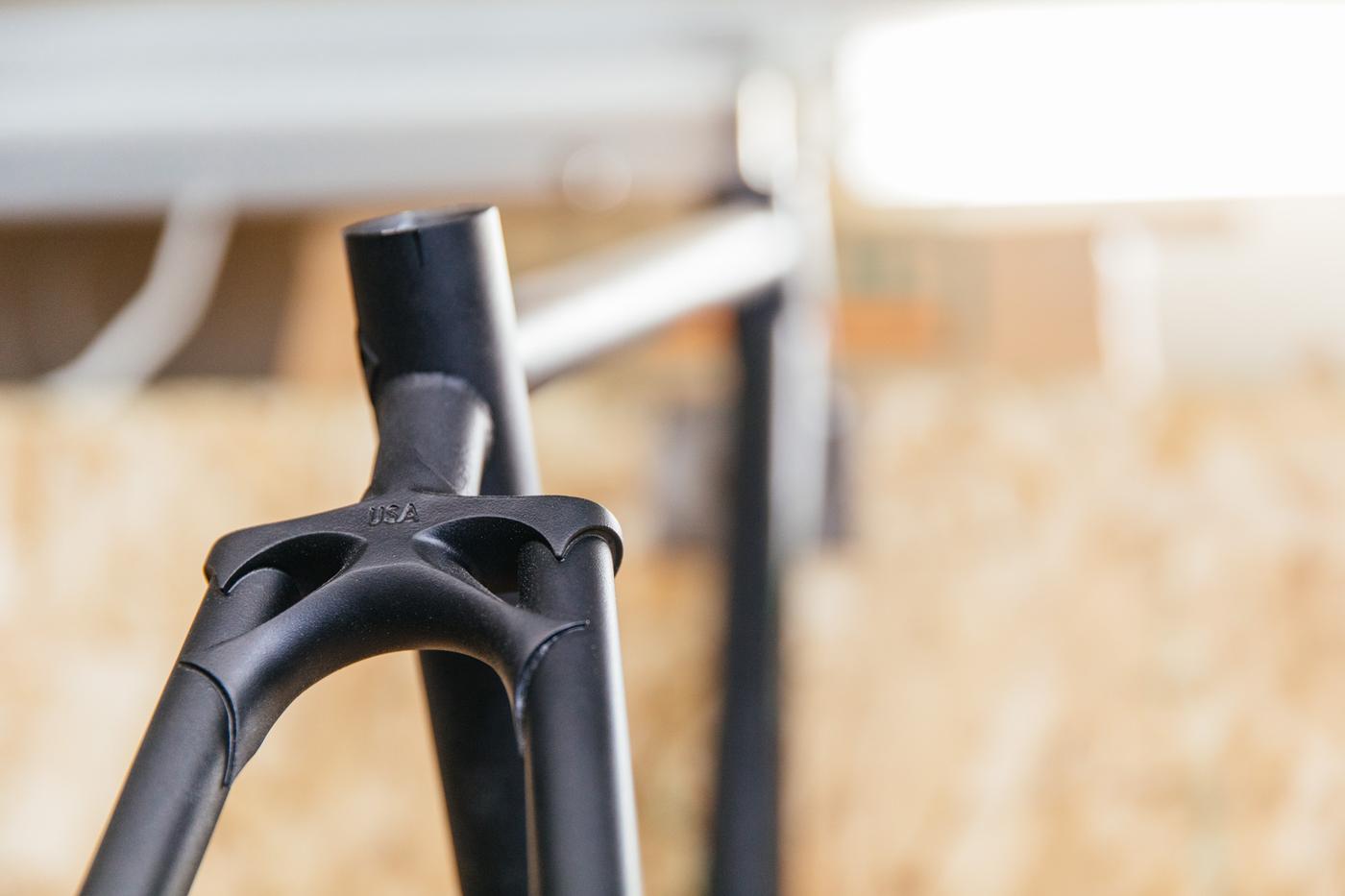 As you’d imagine, with any new builder, Boone is filling out the space, making jigs, in-between building bikes for buddies of his, including but not limited to MTB and gravel frames. There’s a little bit of other influential builders present in Boone’s bikes. From Strawberry, to Hunter, and Co-Motion. Everything Boone has learned has inspired what he creates today. We’re all like that in some way, right?

Let’s look at two builds Boone had in his shop when I swung through to visit, beginning with his SS MTB. 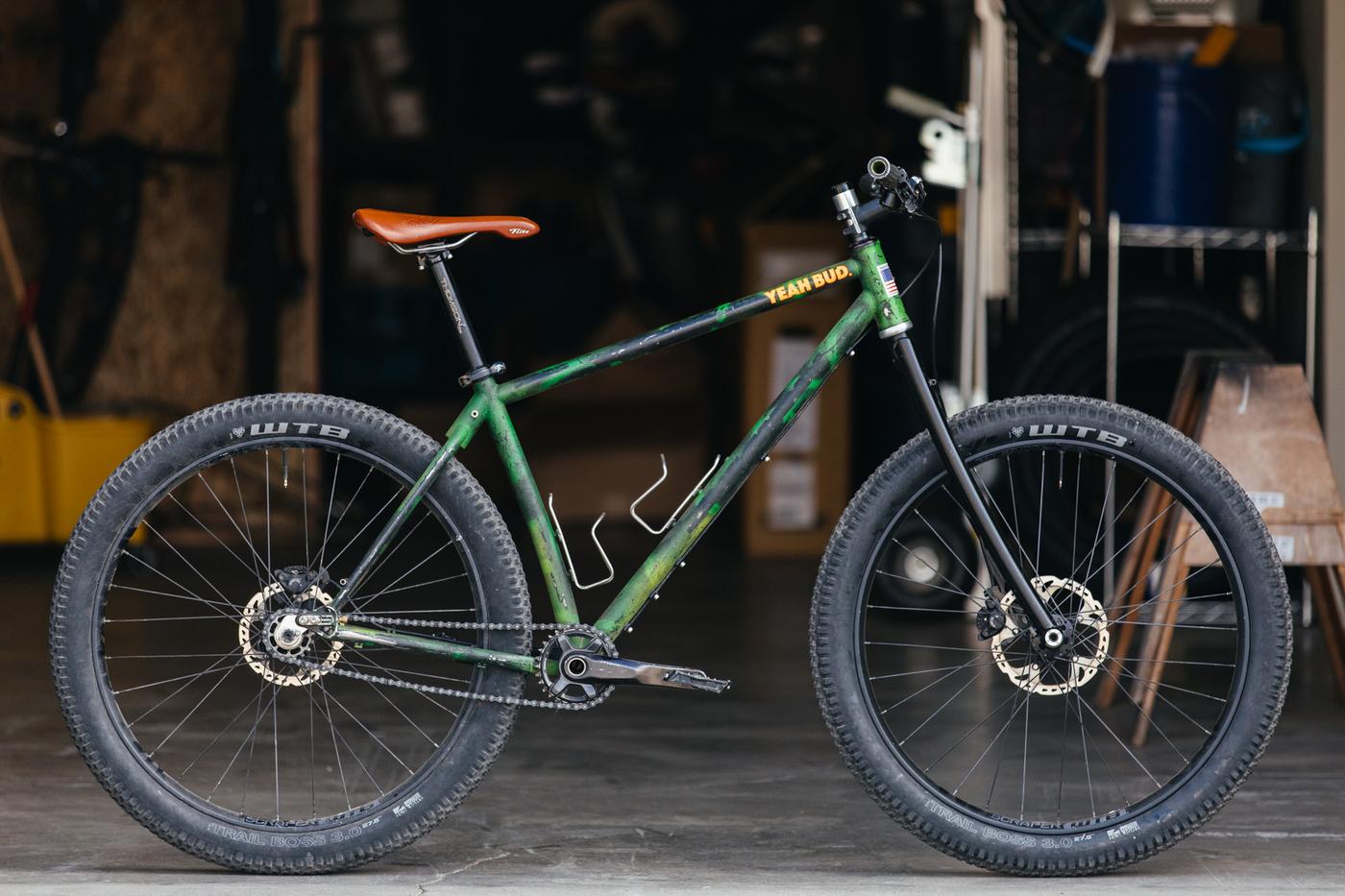 Snappy, modern, with a beautiful rigid fork. This bike is part city cruiser and part trail rocket. 27.5″ 3″ Trail Boss tires keep the rubber planted in the moon dust with Paragon sliders and a wishbone seat stay. Yeah, that little boss on the fork crown is for white gas, because, why not? 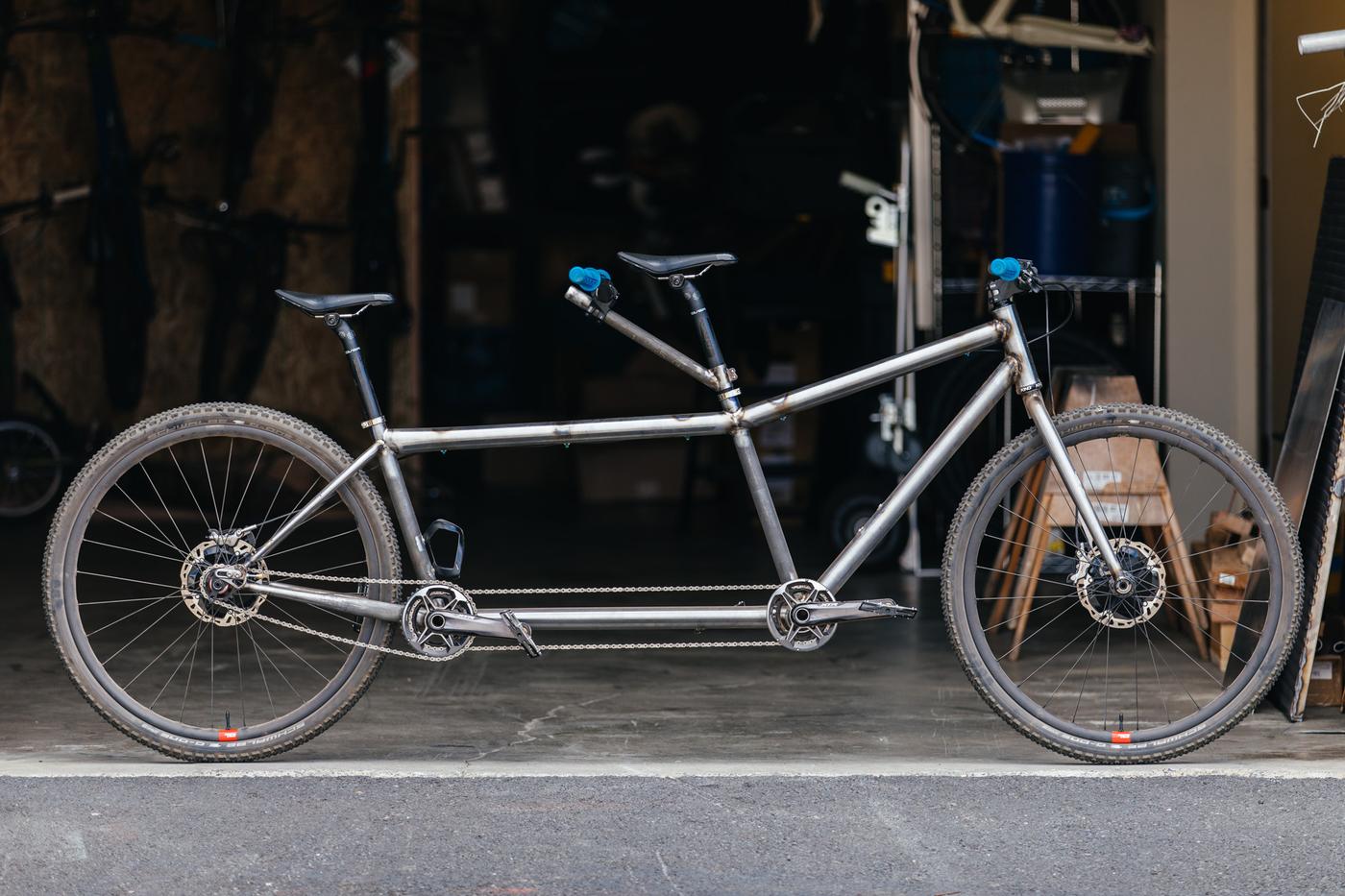 Tandemonium SS MTB! Boone made this for him and his girlfriend to rip around on. Here’s where his time at Co-Motion comes into play. Big, meaty tubes, with a stout rigid fork, and a unique stoker bar mount makes this one of the most unique tandems I’ve seen. If you’re looking for something different, unique, and Boone-built holler at Boone. He’s taking on work a few projects at the moment…