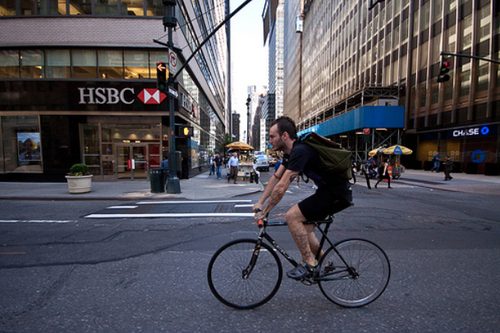 In the second installment of his a day with messengers series, Doug spent the day with Kennedy. There are tons of people in the messenger scene that exude personality and Kennedy is definitely a character. This is NYC and Doug does a great job of capturing it through the eyes of a messenger!