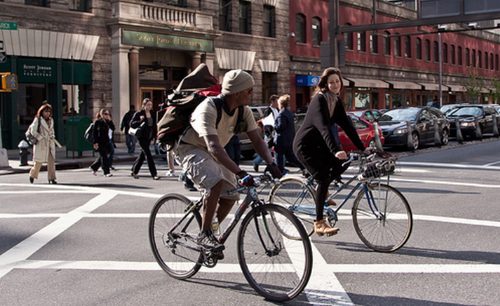 In the third installment of a Doug’s ongoing series, he followed around Corey the courier. I’m really liking this Hardcourt Bike Polo weekly posting. The last two with Kennedy and Dwain were great and Corey’s also delivers.