We all have “roll models”. You know, people who ride that we either know or don’t know but for some reason, we look up to them and aspire to one day tap into their radness. Maybe we follow them on Instagram, or witness their riding on a website…

Over the years I’ve gotten to spend some time getting to know Ty Hathaway, co-owner of Golden Saddle Cyclery. His past exploits include finishing the Tour Divide, being a general ripper on anything with two wheels and exploiting his spontaneity through planning (or not planning) some pretty incredible rides.

Last year Ty bought a Surly Pugsley and started riding the shit out of it. After doing a few small excursions, he called up one of his best friends, Moi Medina to go on a two day ride in Arizona. The story and Guest Gallery inclosed below is all from Ty directly, in his words…

Read on below for what I consider one of the raddest Guest Galleries ever to grace this site!

As we turned off of the main highway heading towards the proposed parking spot, Moi turns to me after looking at the gas gauge and asks “should we get gas?”. I look down at the gauge that is floating just above E and answer pretty quickly with a “meh, I think we will be alright, maybe, or maybe not”. 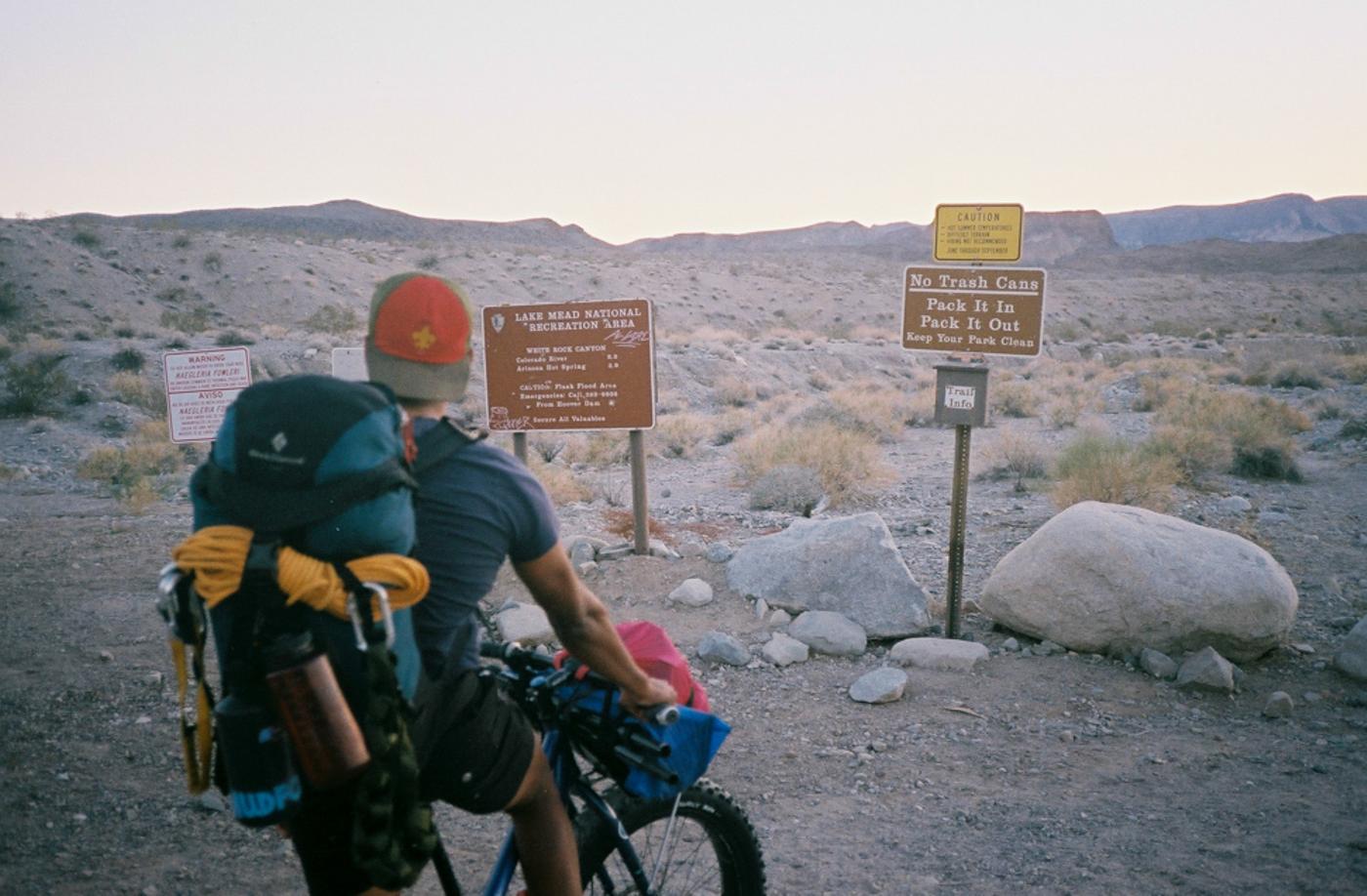 This is pretty typical of a trip involving the two of us, this is also the reason Moi is the first person I think of if I intend to invite anyone on a trip like this. Most other people might show concern or when they ask where the next gas is and I answer “not sure really” they might not be too excited.

Not Moi though, and just like me he knows even if we run out of gas and have to ride who knows how far to get it we will have a damn good time. We ended up getting gas not long after this and made it to the parking lot at Willow Beach Marina with no problems. 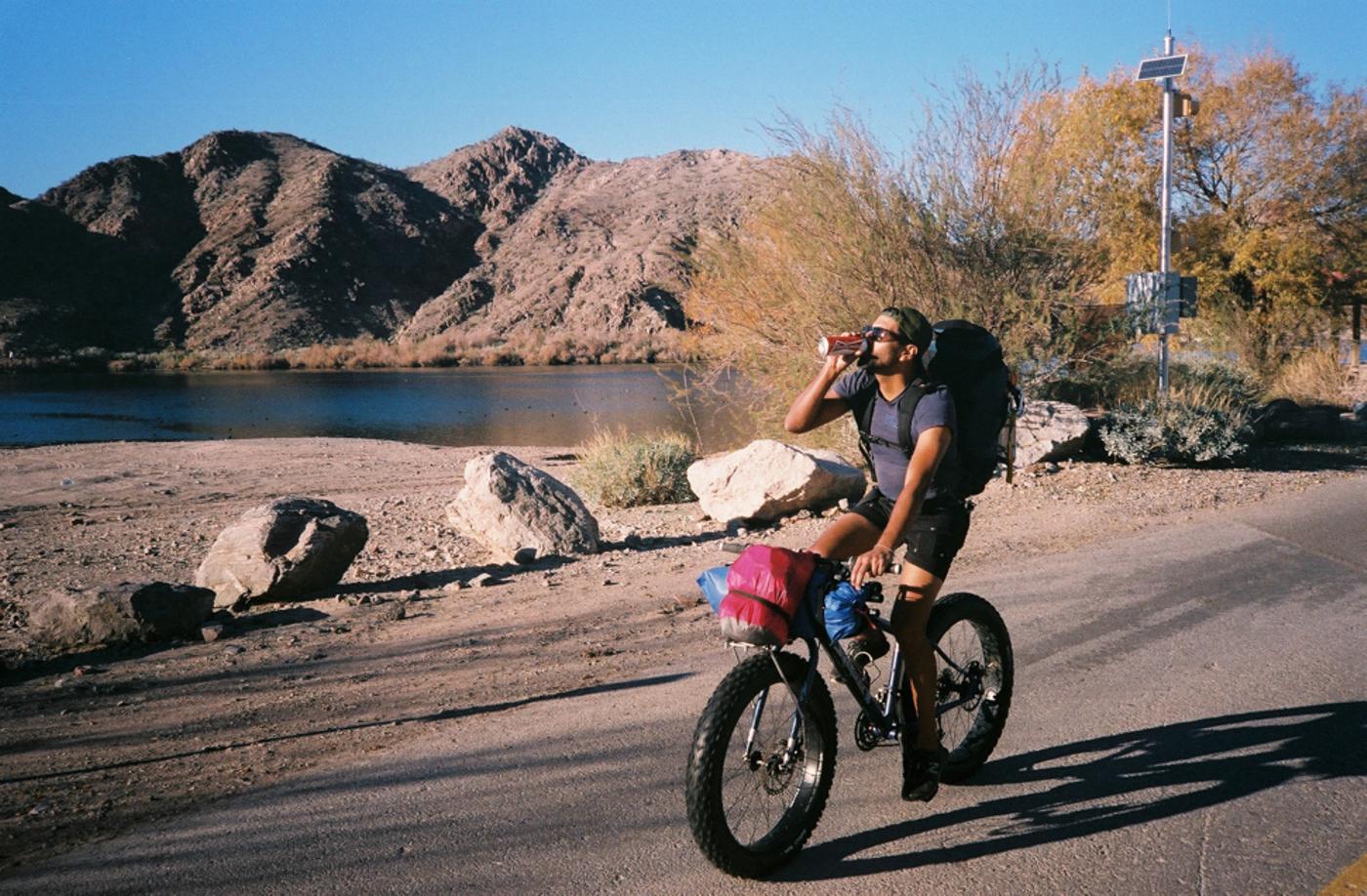 We parked, we packed, we rode, we got lost, it got dark and then we eventually ended up in a hot spring deep in a slot canyon well lit by the full moon. That pretty much covers what happened after parking and before crashing out next to a fire on a beach with the mighty Colorado river singing us to sleep.

I won’t go into detail about what we ate for dinner or about how many miles on the wrong trail, in the dark, with no idea how far from the proposed camp we were. When it comes down to it we got where we were going, and it was a good time getting there. 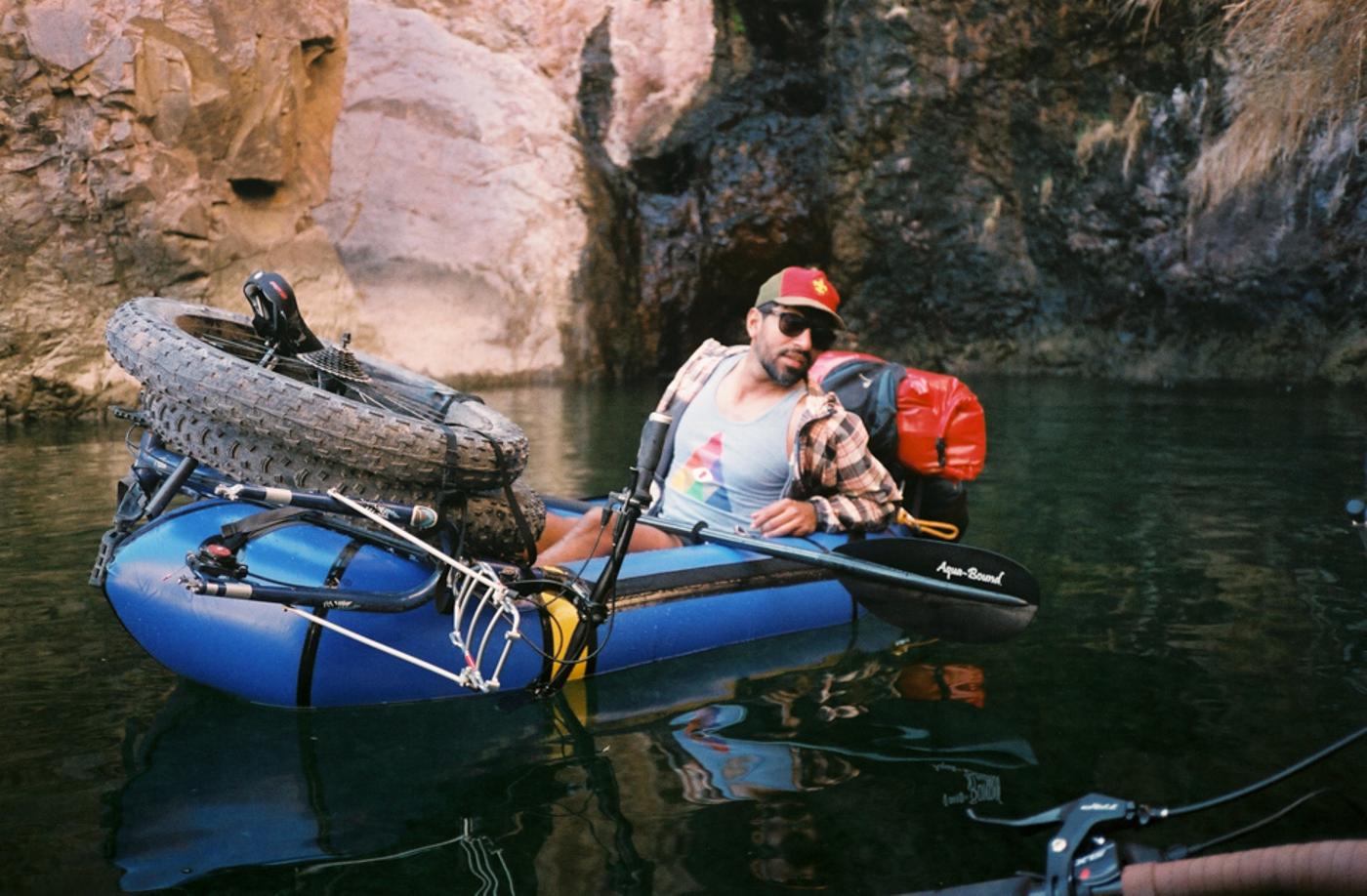 The next morning we packed the bikes and gear onto the Alpacka pack rafts we brought with us and headed down the river. All this after my morning coffee and breakfast were consumed of course. 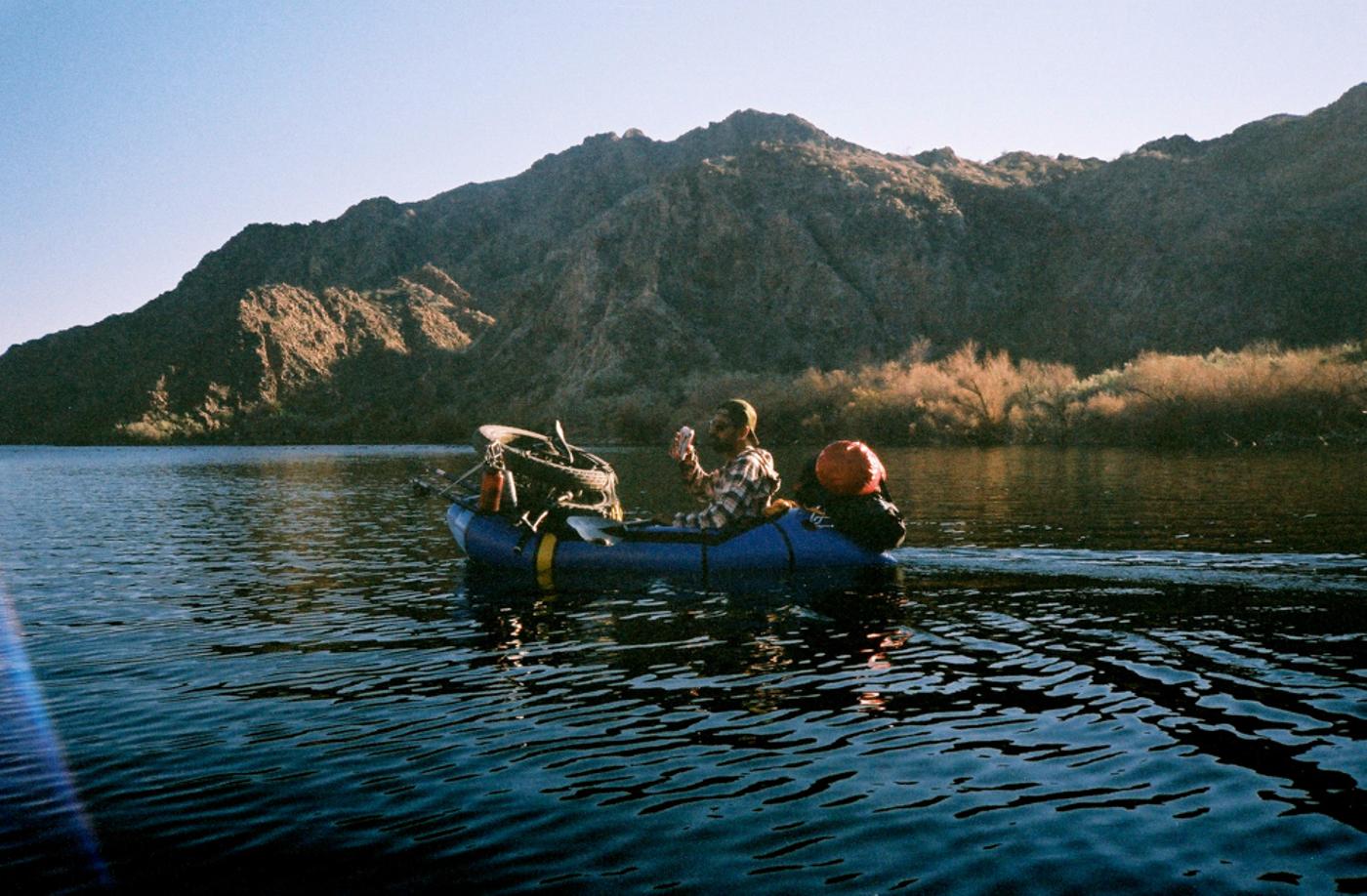 We paddled, we drank beer, we ate lunch, good decision were made mixed with a few questionable ones as always. 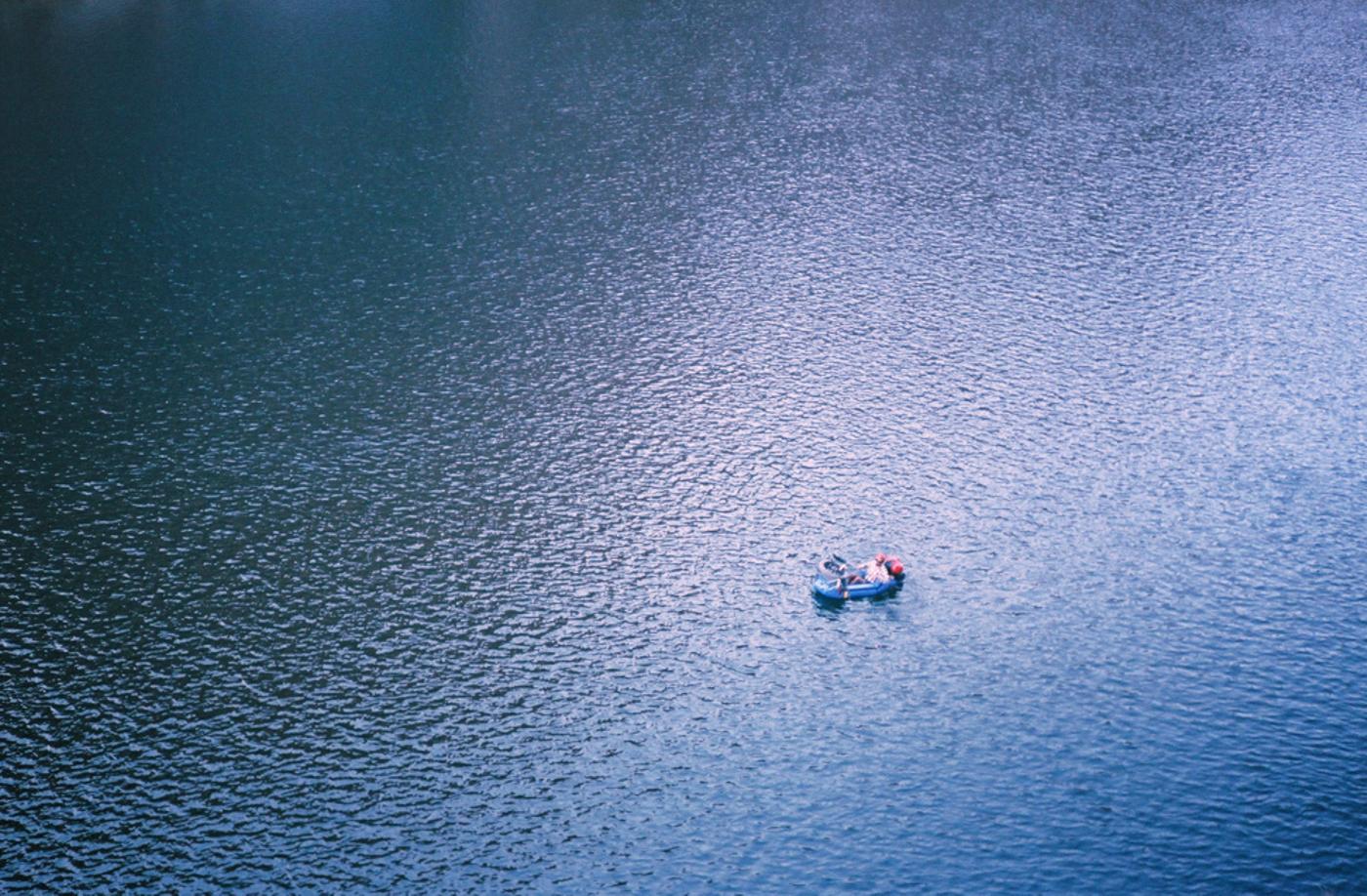 Seeing as we were making a lot better time then we thought we decided to paddle the entire way back to the car that day instead of camping another night on the river. 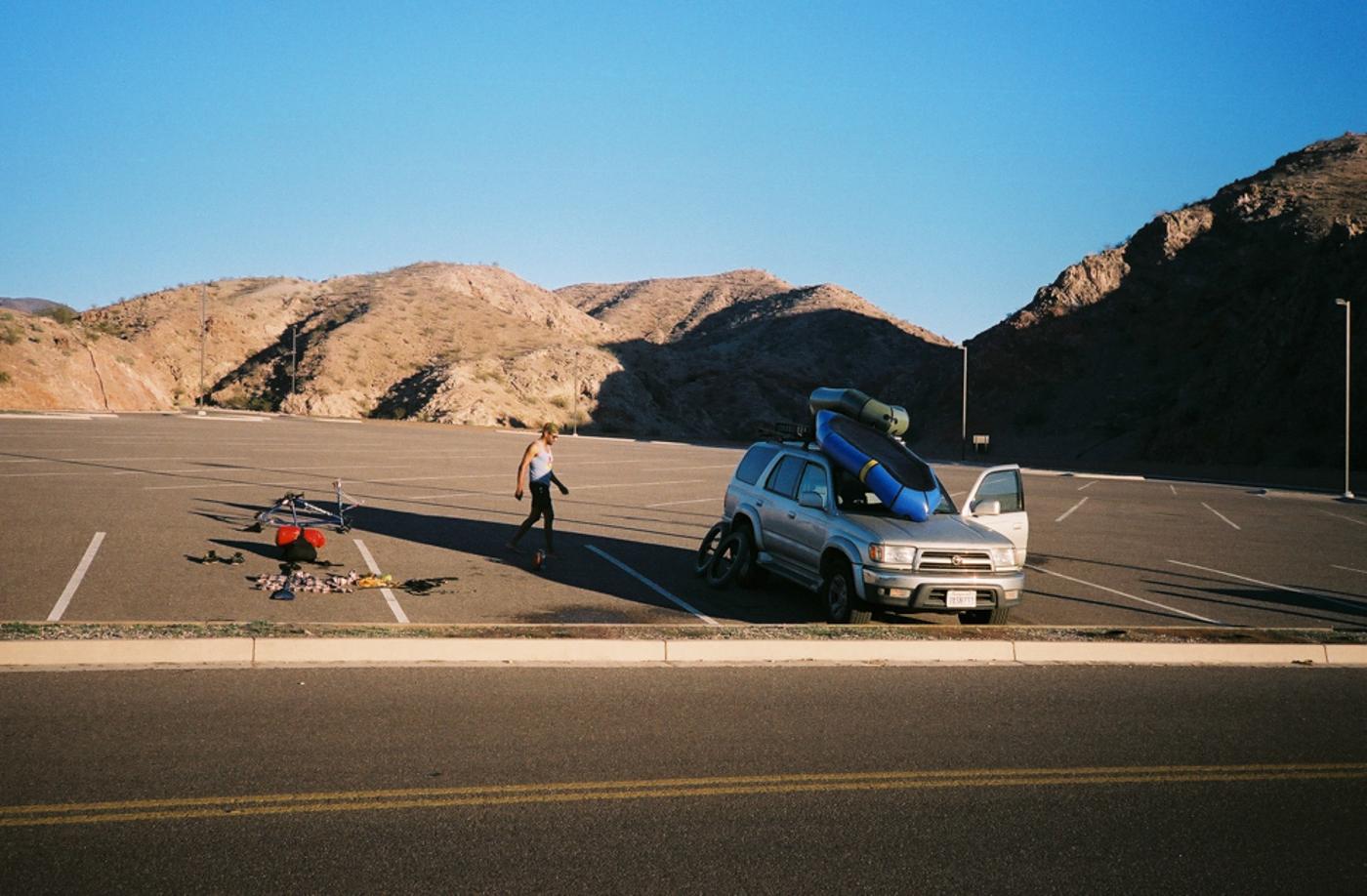 We made it back just as the sun was setting and all the employees at the marina were long gone for the day. Packed it up and hit the road to a secret desert location to camp for the night. 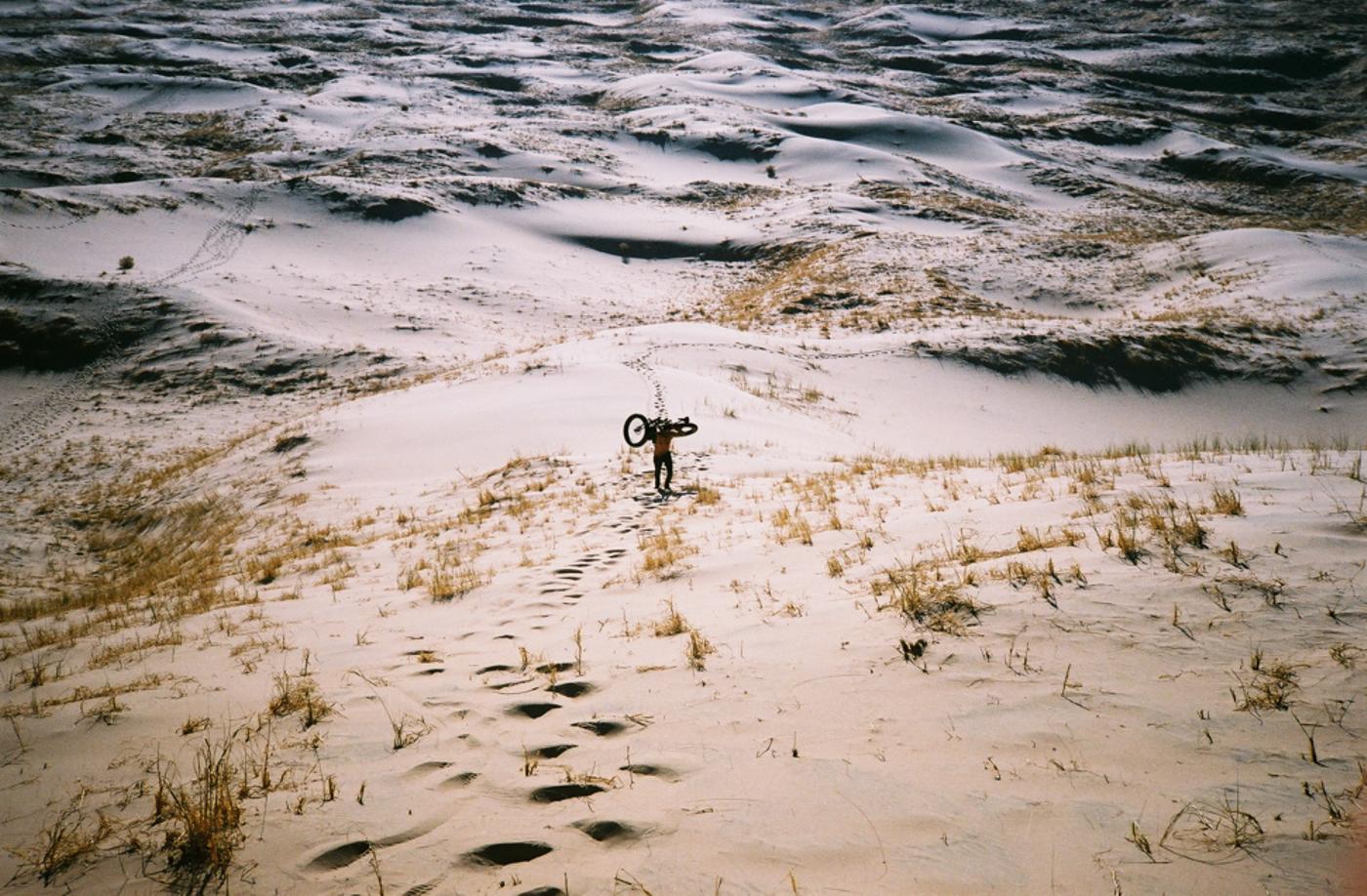 I woke up in time to hike into the dunes and watch the sun rise over the Mojave Desert. 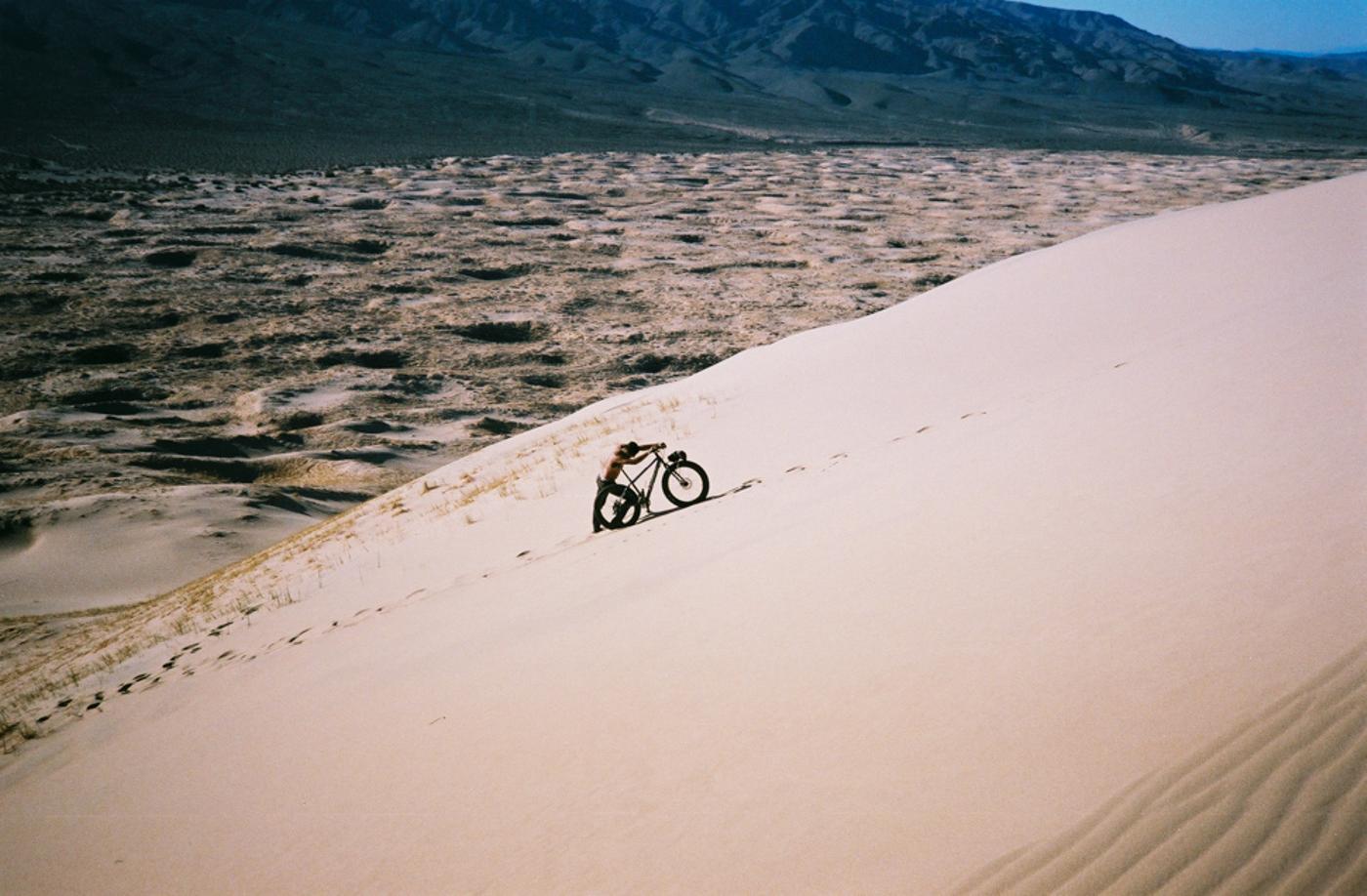 After that I made my coffee, let Moi semi wake up and then told him my plan to hike/bike up the tallest dune I could see. 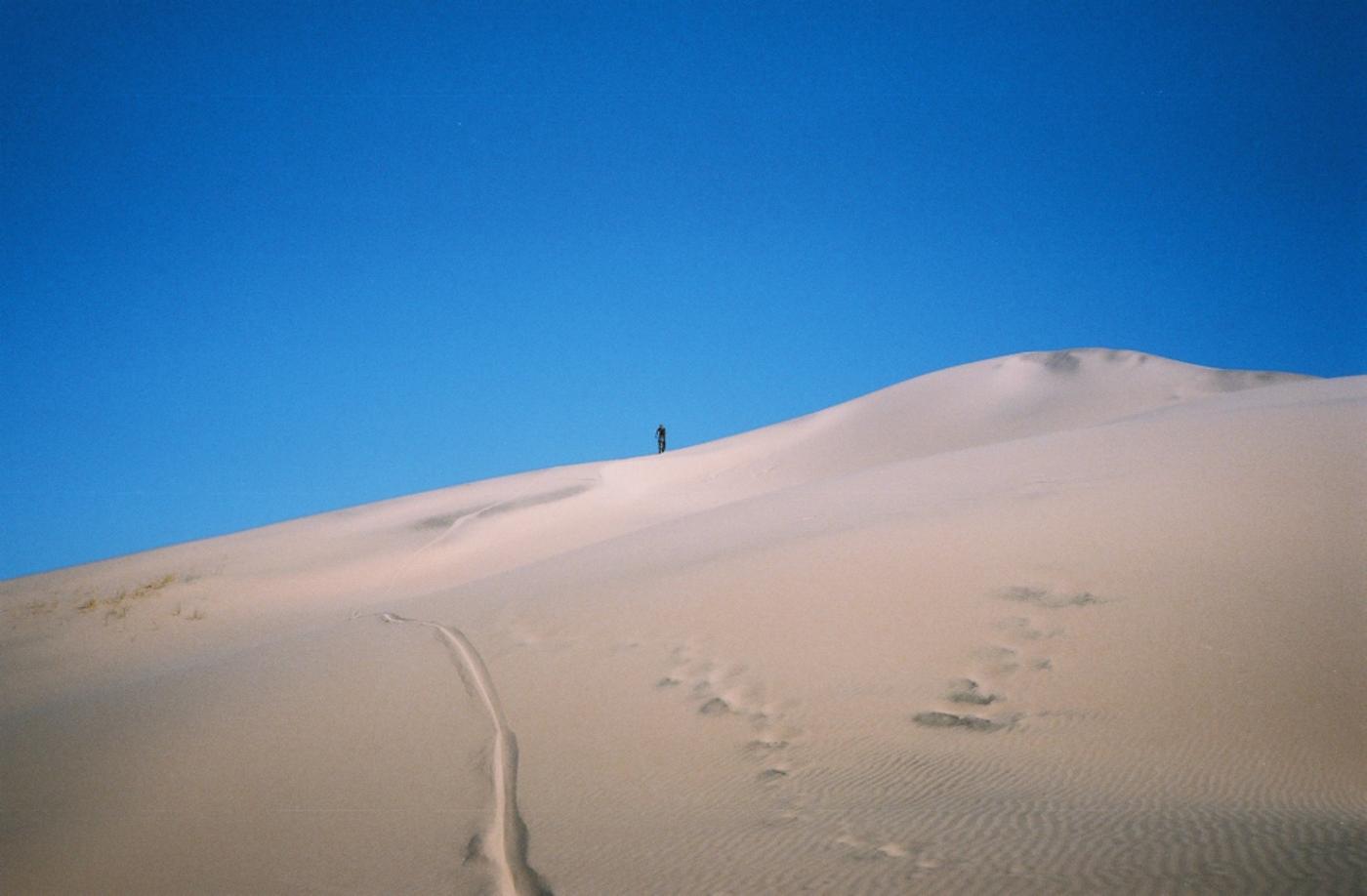 If he wanted to or not he agreed and we went for it, got to the top, emptied the sand from our shoes, pointed the bikes downhill, almost crashed, got sandy again. 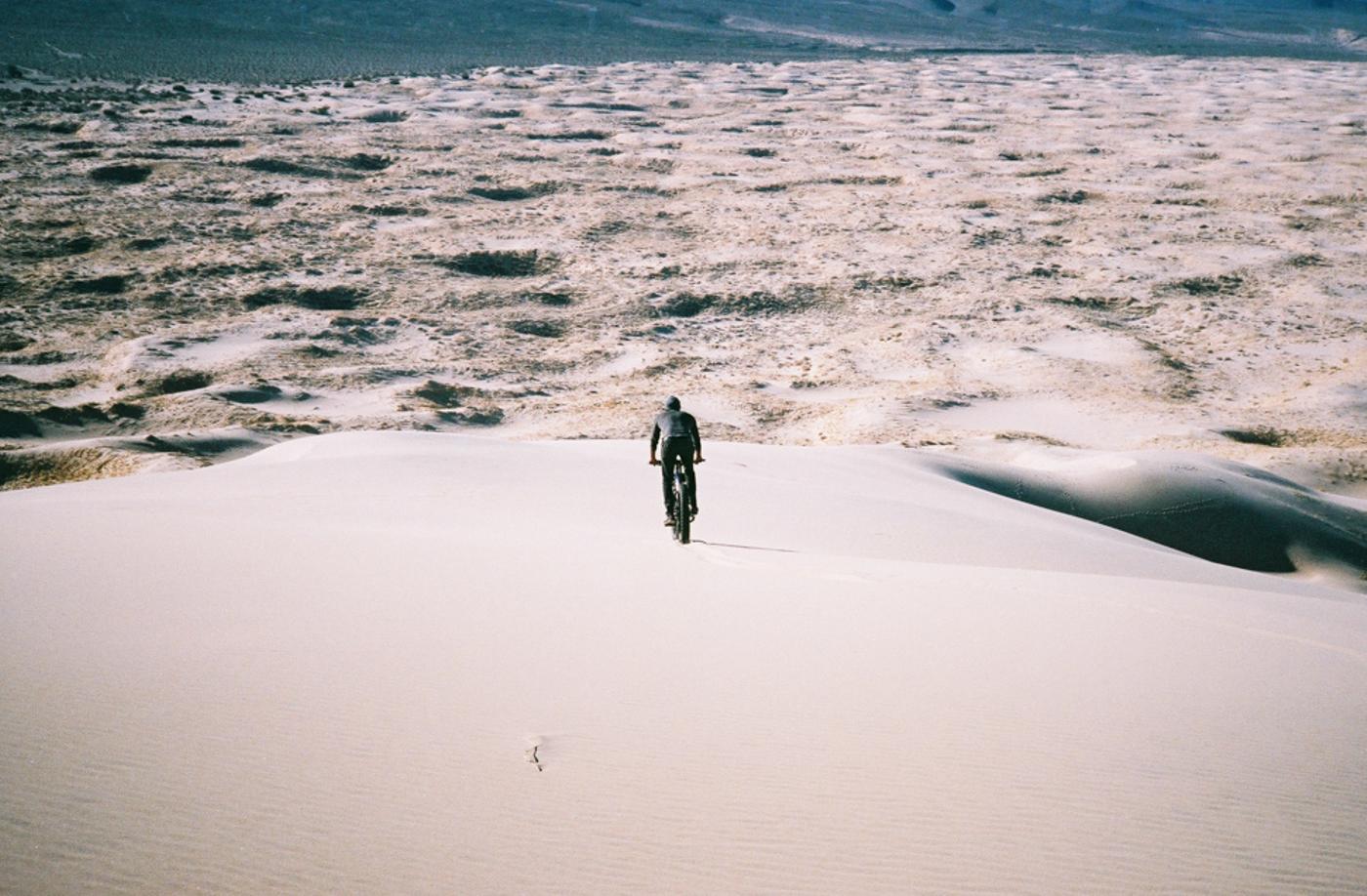