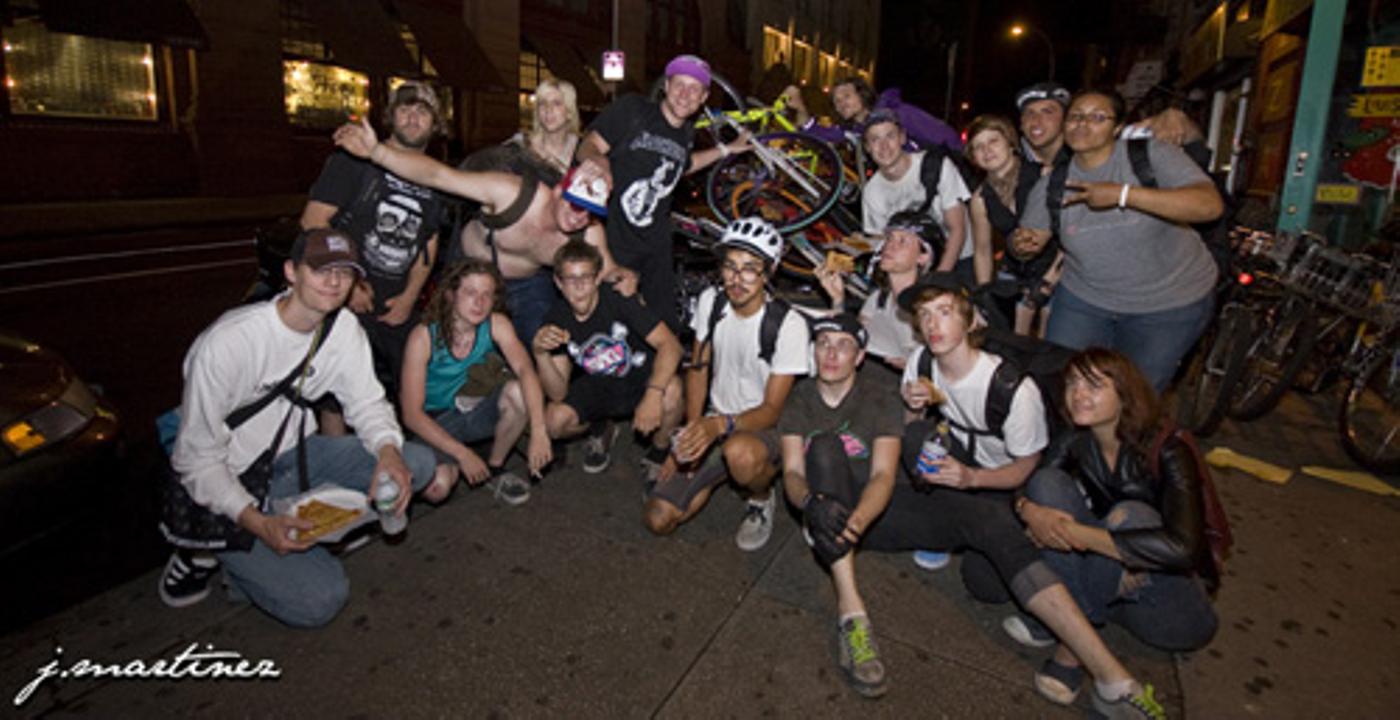 I have to admit, this past year ruled. I was looking through some old pictures that Luke finally got around to developing when it dawned on me; we’re all into this fixed gear trick thing and it’s still so young. Where will we be next year? Who knows. But I agree with Zlog, this year’s Bicycle Film Fest was awesome. We got to ride with some straight rippers from all over the country and even a Canadian! Everyone is developing their own styles of riding and their own approaches. It doesn’t matter if you’re a hill-bomber riding a track bike or a 700cbmx rider doing 180’s, we’re all in this for the same reason. It’s fun!

May next year one-up this past year and I hope everyone sticks with this sport. Let’s all push it to the next level!

… and yes Snob, more macro pr0n to come in the future.