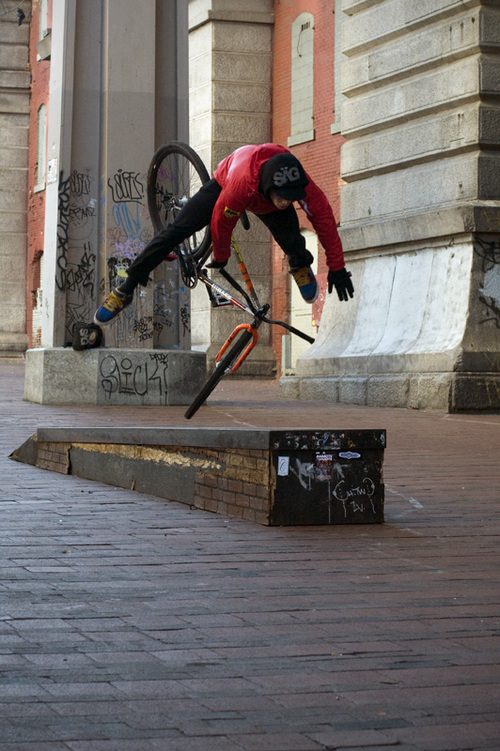 Well, 2009 is almost over and in the past year, we’ve seen people grinding handrails on fixed gears, doing bunnyhop barspins, wallrides, 1080 triple taps and numerous other tricks that have shaped the sport of this so-called “fixed gear freestyle” movement. Here are my Top Fixed Gear Freestyle Photos of 2009, in no particular order and in as least-biased of a position as I can possibly present.

Above: Tom LaMarche’s record-setting fixed gear nose manual at the Brooklyn Banks lead to many close-calls and near misses. Eventually he landed a buttery-smooth manual, across the entire box at the Banks. Be on the watch for this video clip in Bootleg Sessions 4. 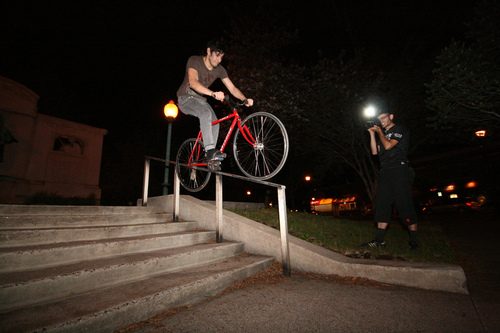 Jesse Hilliard and Mike Carney were the first two people to feeble a handrail on a fixed gear. They did so without pegs. Later, other riders added pegs to their bikes and experimented with more grinds. 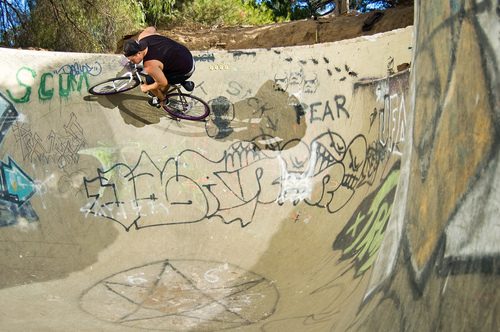 Gus “Big Boy” getting some over-vert in a Satanic pool. It ain’t easy being a big guy on a fixed gear but Gus sure makes it look easy! 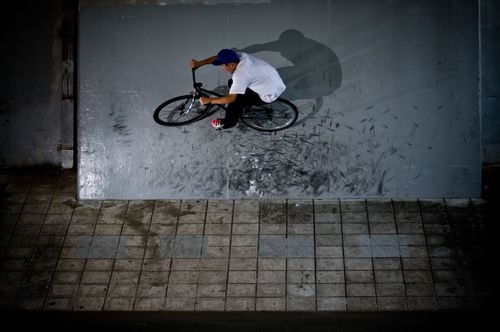 Marco, aka “a new hope“, brought Japan on the map with some epic wallrides this year. He, along with Toku and Nasty are the heaviest hitters in Japan. 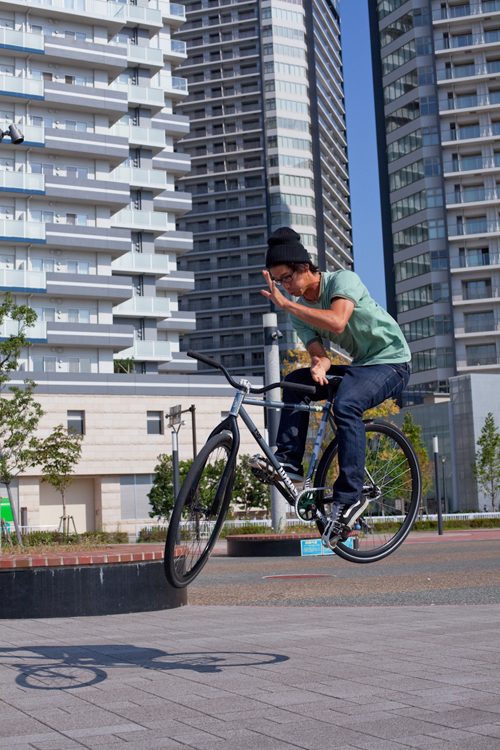 Teppei, aka Nasty! blasted full-cabs down stairs, fakie hops and other insane tricks in the Hamabike 2009 edit. This dude will be going big for 2010! 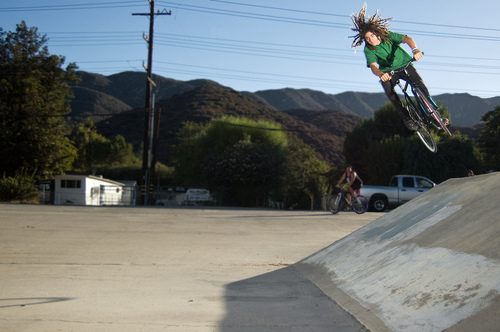 Brandon really captures Nick in perfect light here as he blasts a hip, hair all over the place. 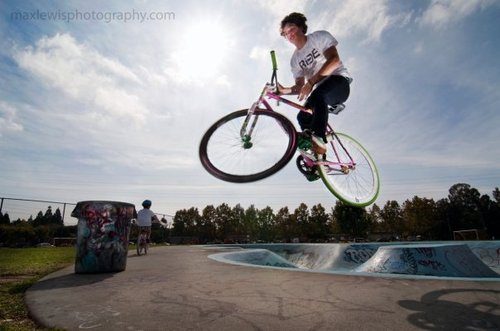 Taylor’s another West Coast heavy hitter. Here he is nailing a hop bar out of a pool in SoCal. Moves like this gained Taylor the nickname “Slaylor”. 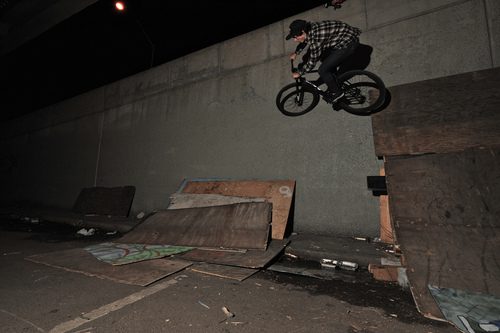 Ed Wonka quickly rose to the fixed scene in 2009. Here’s just one example of the intensity he brings to the sport. From working on a 700c trick frame with Gorilla to doubling as a stunt man in electro videos, Wonka’s been around the world and back. Here he is, hitting a vert to wall transfer at the Peel spot. 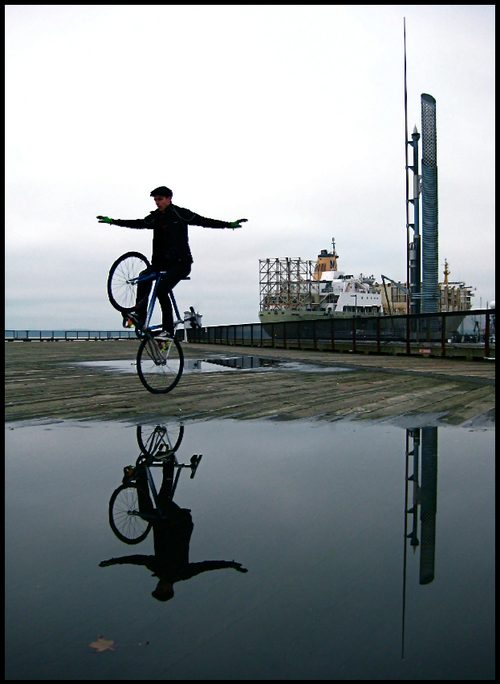 Tyler Johnson is one of those guys who just keeps getting better and better each month. Even though he used to say he “doesn’t ride 700cmx“, the Seattle rider has been killing it on a 700cmx lately. Rumors have been confirmed of him bunnyhop barspinning a 5 set and he has intentions of getting a 6 on film. If you caught Tyler’s section in the Revival, you’ve seen him master this trick! 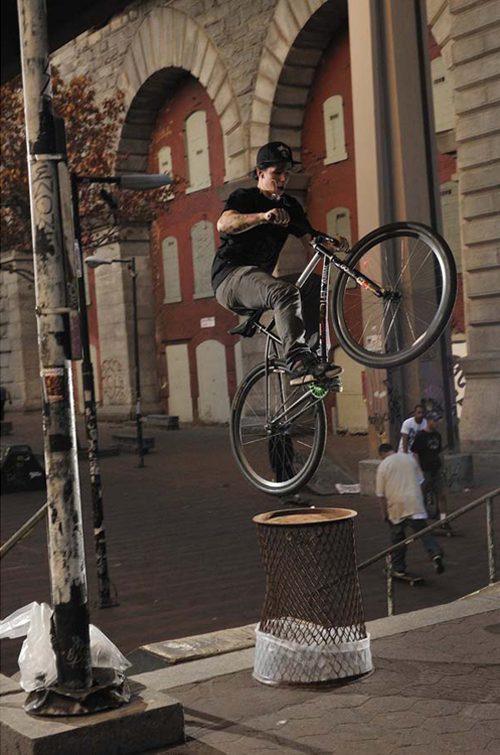 This day was pretty epic and Tak caught the right moment. Wonka clearing a trash can at the Brooklyn Banks.

Well, there ya have it. I hope I didn’t piss anyone off for not including them in the list. It’s nothing personal, I promise. Hopefully this post documented the year of Fixed Gear Freestyle in pictures to your approval!

If I left you off, or your favorite photo, feel free to post it in the comments. Don’t forget to add the “width=500” tag and the photographer’s credit!