“The unicorn is a legendary animal that has been described since antiquity as a beast with a large, pointed, spiraling horn projecting from its forehead. The unicorn was depicted in ancient seals of the Indus Valley Civilization and was mentioned by the ancient Greeks in accounts of natural history by various writers, including Ctesias, Strabo, Pliny the Younger, and Aelian. The Bible also describes an animal, the re’em, which some translations have erroneously rendered with the word unicorn.” Wikipedia

While this bike isn’t as rare as a unicorn (my uncle saw one once in West Virginia on a bootleggin’ run), it’s safe to say that we’d all rather ride atop this bicycle, over a smelly horse with a horn. Eric is a lucky sonofagun. After having his bike taken from him, he used his insurance money, along with money he had saved up for a custom bike to put a deposit down on a Speedvagen Rugged Road. He came to the Speedvagen Fit Tour in Los Angeles, got fit by Sacha and turned in his deposit. A few weeks later, his Rugged Road showed up, in a bright gilded finish. With the carbon seat tube upgrade, Di2, ENVE everywhere and Chris King. This thing might be worth its weight in actual gold. Which leads me to believe, are the guys at the Vanilla Workshop modern day alchemists? 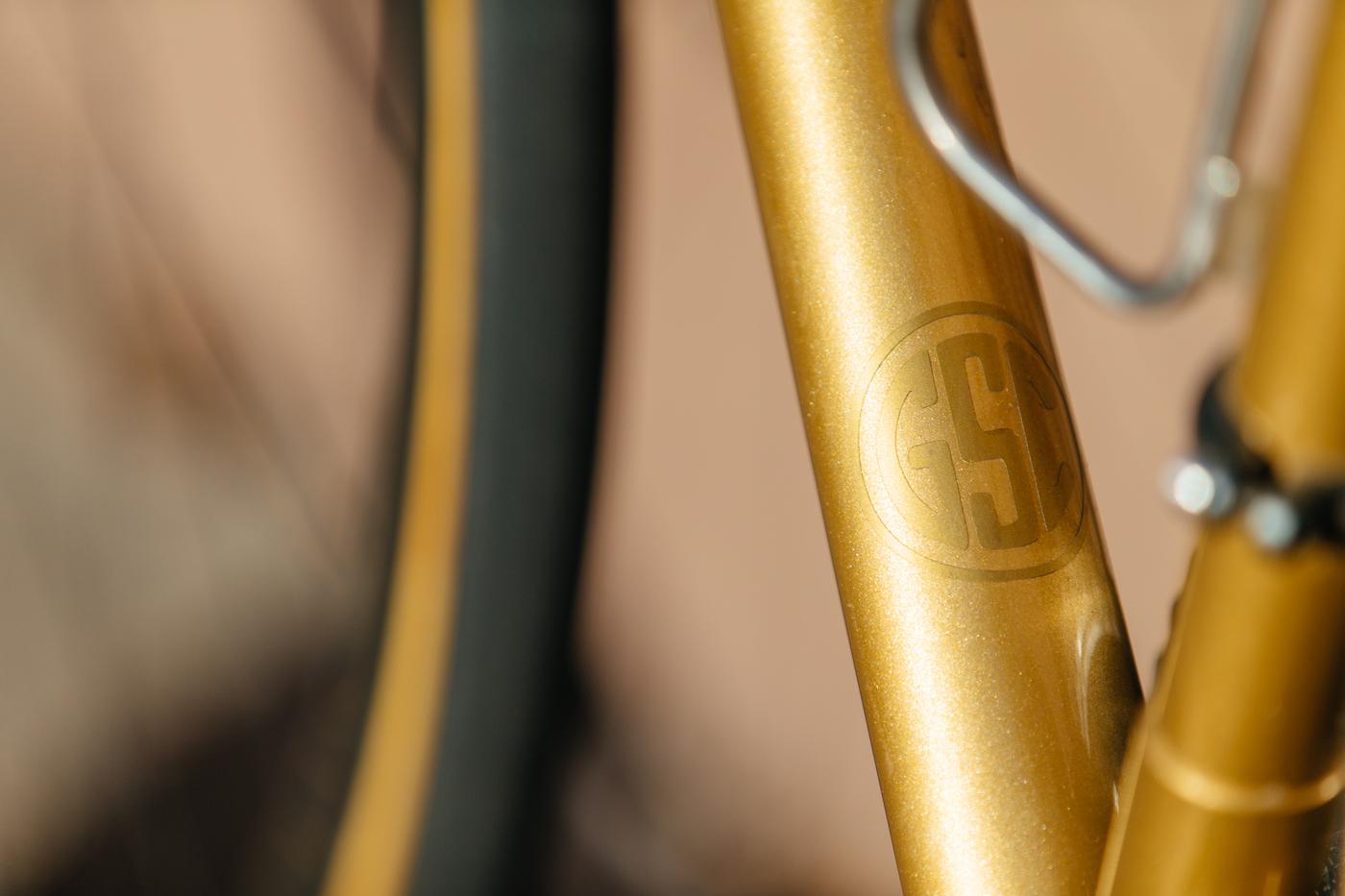 Did the Philosopher’s Stone land in Portland? Who knows. What I do know is Eric picked this bike up from the team at Vanilla and took it straight to Montana for some back country fire road riding. Every day he commutes 45 minutes to work from his home in Highland Park, to the Mission Workshop LA retail store, sometimes taking the long way over Elysian or Griffith and sometimes riding home via the mountains.

This bike is all the reason Eric needs to ride as much as his legs will allow and for those of you who know the dude, that’s a lot. Ok, a lot, a lot. 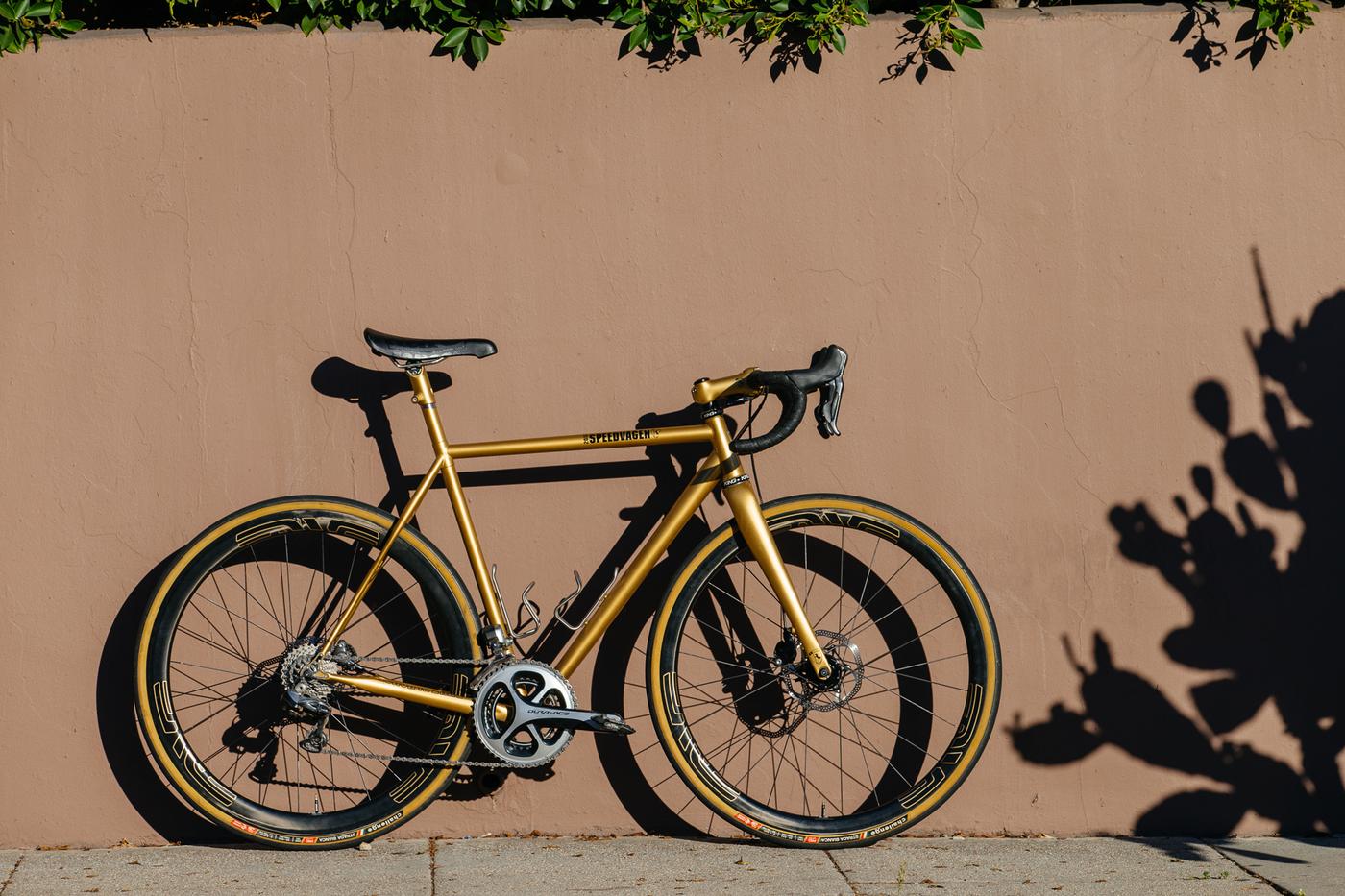 See this bike for yourself at Mission Workshop LA.