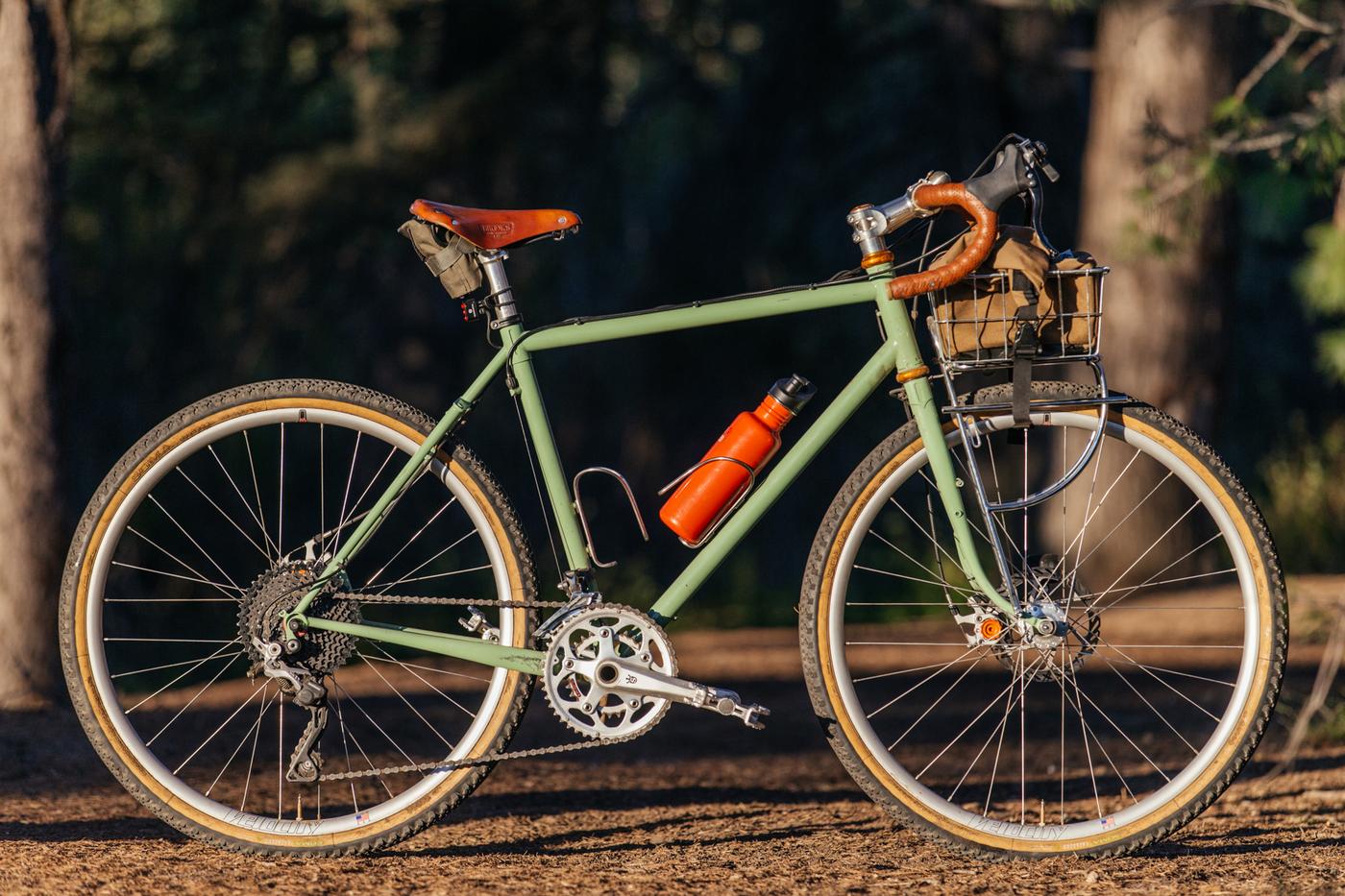 As for part swaps, we kept the Gevenalle shifters and the Shimano derailleurs, but changed out the wheels. We ordered a new wheelset from Golden Saddle: a White Industries rear hub and a SON front generator hub, laced to Velocity Blunt SS rims. While the Sugino cranks offer a great rear range, we added a Sun Race 11-42t 10spd cassette to make steep climbs a bit easier. The Supernova lights made a world of difference. No more “I forgot my lights!” as the sun was setting. A Thomson post holds her trusty Brooks B17S saddle and a Thomson Stem, with Brooks tape kept the cockpit comfy. A King headset, just ‘cuz and Soma Cazadero tires, set up tubeless (kinda, anyway) offer a bit of traction in the dirt. A Sim Works Potluck rack, trusty Wald basket and those nifty Monkeywrench Cycles Porcelain Rocket bags add a level of functionality to this bike for urban riding.

The biggest upgrade, in terms of confidence when riding off-road however were the Paul Klamper disc brakes and Yokozuna compressionless brake housing. It made a world of difference coming down a multi-mile descent. 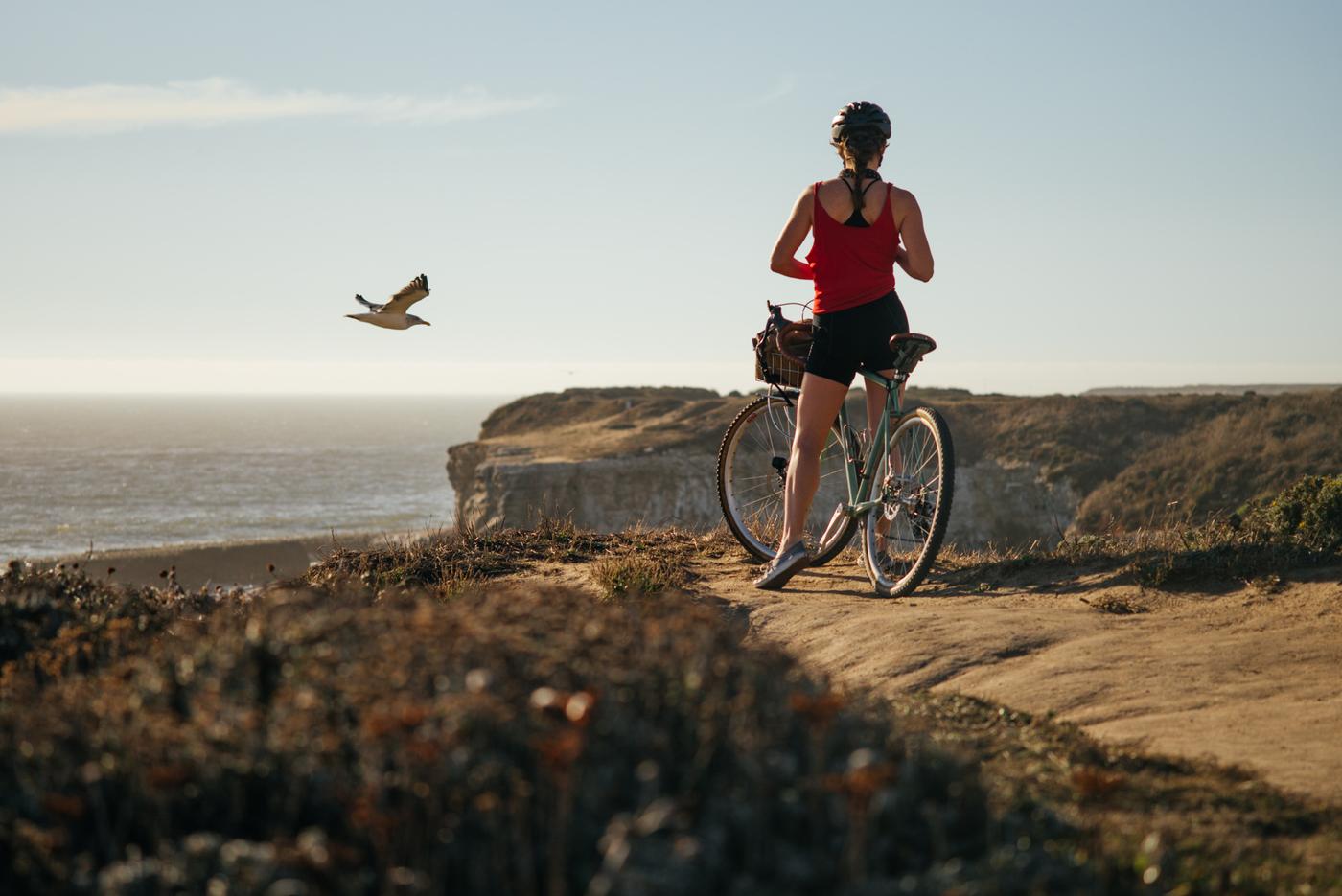 Who knows where this bike will go, or the sights it’ll see, the important part is she loves riding it and wants to take on a multi-day tour, which leaves me beyond stoked!