April in Arizona. Colors are erupting from every tree, water is still vaguely flowing in some of the washes, the nights are still cool and the days warm enough to wear short shorts. Students itch to finish the semester. Love is in the air, or maybe it’s just pollen.

When Andrew first mentioned to me that he and Wilson were planning a bike tour for the last weekend before finals, I was hesitant. But then four seconds passed and I remembered what truly matters in this life: using the bicycle as a means to avoid adulthood. 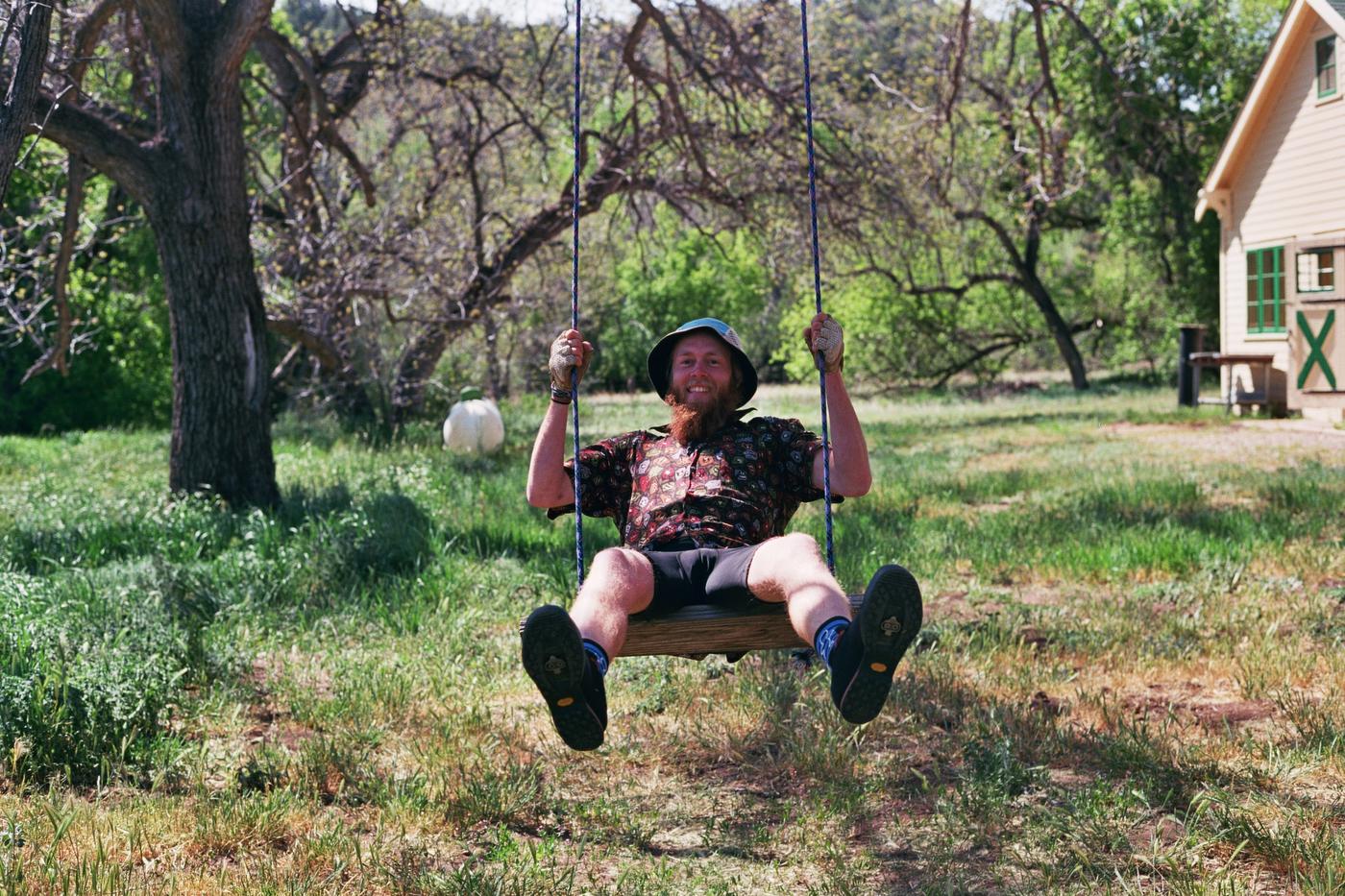 That night, I received a map via group text lovingly called “Boiz in Knitterz”. Boiz referring to the fact that saying “fuck this, let’s go ride bikes instead” appeals to the 12-year-old boy in all of us that is still apparently alive and well, and Knitterz, referring to the absurd, fingerless, knit-back gloves that are so common among randonerds. The borderline uselessness and aesthetic clusterbumble that knitters are purely embody the type of bike tour this was going to be. 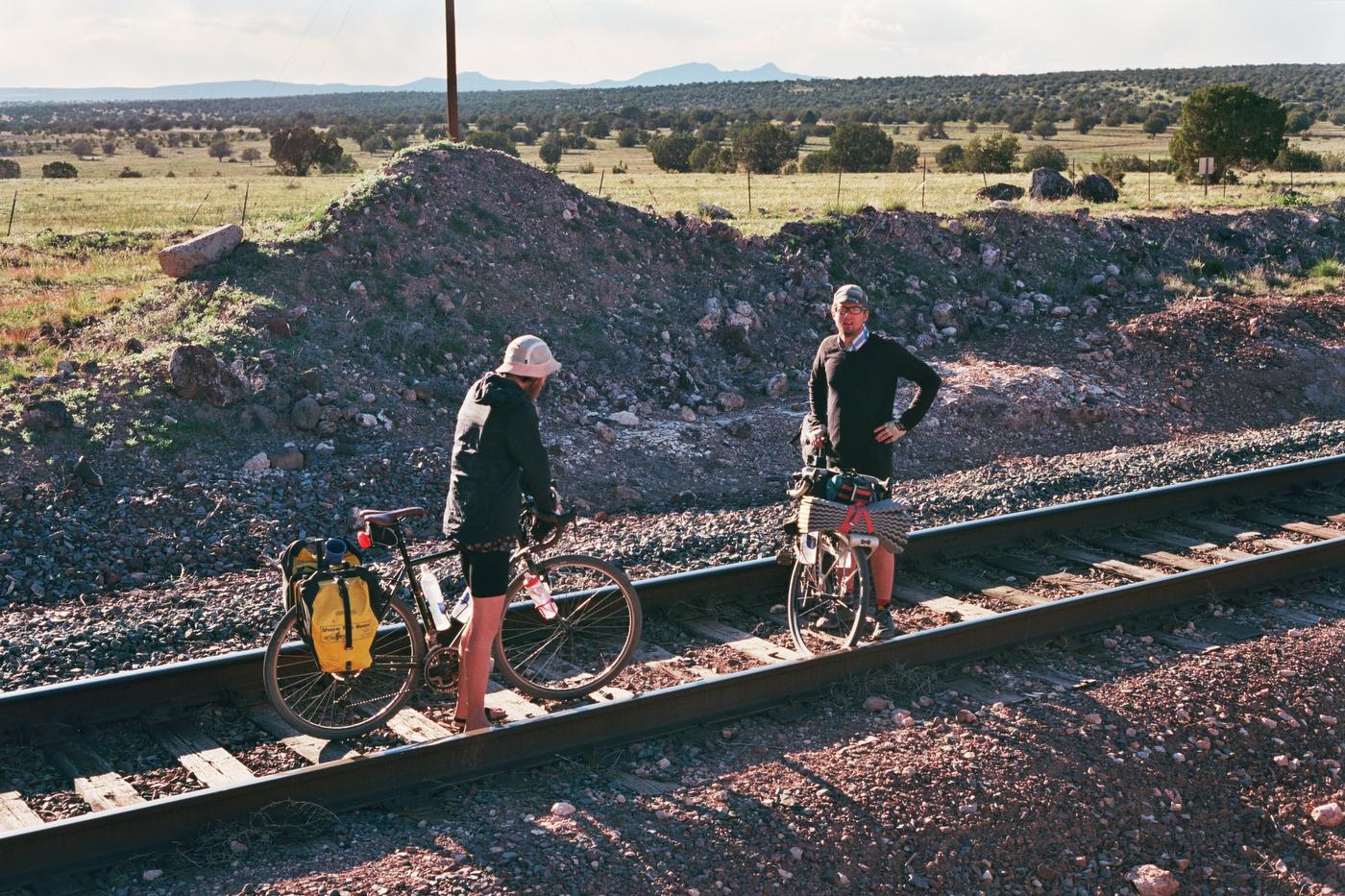 We set off late on a Friday after drinking some beers and debating to bring a shelter. I packed up my Otso Warakin with the lightest bikepacking gear I had, and then proceed to fill the voids left in my bags with gummy bears and kimchi. I didn’t bring a shelter.

A note on gear. This was my first true overnight using my stainless steel steed from the relatively new company, Otso Cycles. I threw a chunky front tire onto her and used the Tuning Chip system (adjustable dropouts) to lengthen the wheelbase a bit for stability and chill-a-bility. This bike handled the mixed terrain of our tour like a champion, and on our largest dirt descent, she just didn’t want to stop mashing through the sand. Some guys on motos even gave me a thumbs up, and I was wearing pink jean shorts. That’s how rad this bike is. The bottle cage mounts on the downtube allowed me to carry an absurd amount of liquids, and the 1×11 MTB drivetrain was a godsend for some of the dirt climbs. Stainless feels a bit stiffer than your standard chromoly, and this did take some getting used to, but once I felt how snappy the bike was, that didn’t matter. If you’re looking for a highly versatile adventure bike that will turn heads, do yourself a favor and give Otso a look. Another, more important note on gear: stop caring so much about it! Sure, a fast and sexy bike is a blast to ride, and if you can afford it, go for it! But, so is one that you can put your shit on and go camping because that’s more fun than most other things. Andrew used a Fuji touring rig with panniers. Wilson threw on my 15 year old Old Man Mountain rack onto the front of his unbranded cross bike and called it jazz. I put some kimchi in my seatpost bag and it leaked everywhere because I’m an idiot. And you know what? We didn’t die. We thrived.

We were reminded that all was well when we saw a bike that belonged to one of the true heroes of cycling parked outside of the grocery store where we were resupplying gummi bears. Yeah. Soak in the glory. That’s a faux fur fuzzy seat. Coozies on bar ends. Dude’s a Champion. He has been riding that bike for 3 years straight, with no intention of stopping. I’m guilty of getting caught up in caring about the machine. Most of us are. We need to remember that it’s the experiences we gain from the saddle, not the price tag associated with it that we will truly appreciate at the end of it all. 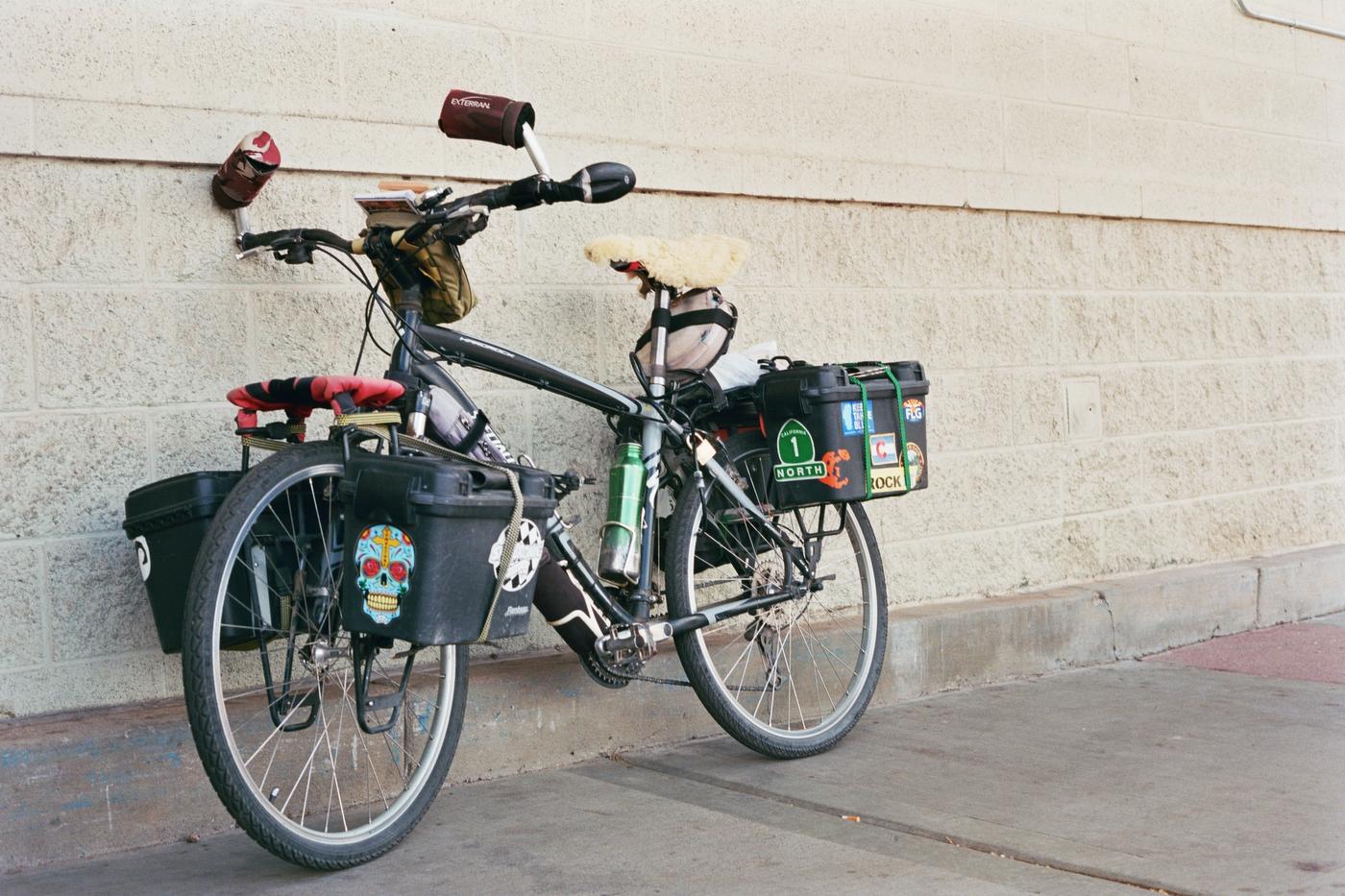 After rolling out, the next 250ish miles seemed to blend together in the same way that summer days of childhood did. We stopped at a biological research station. We followed railroad grades and abandoned sections of Route 66. We hitchhiked to avoid a few miles of interstate. We talked to local BMX kids and helped them fix their bars as they pointed us towards one. Diner breakfasts and instant coffee. Classic touring stuff that is better told by photos. For this gallery, I’ve left the photos un-edited and crooked to reflect the entire nature of this strange weekend. 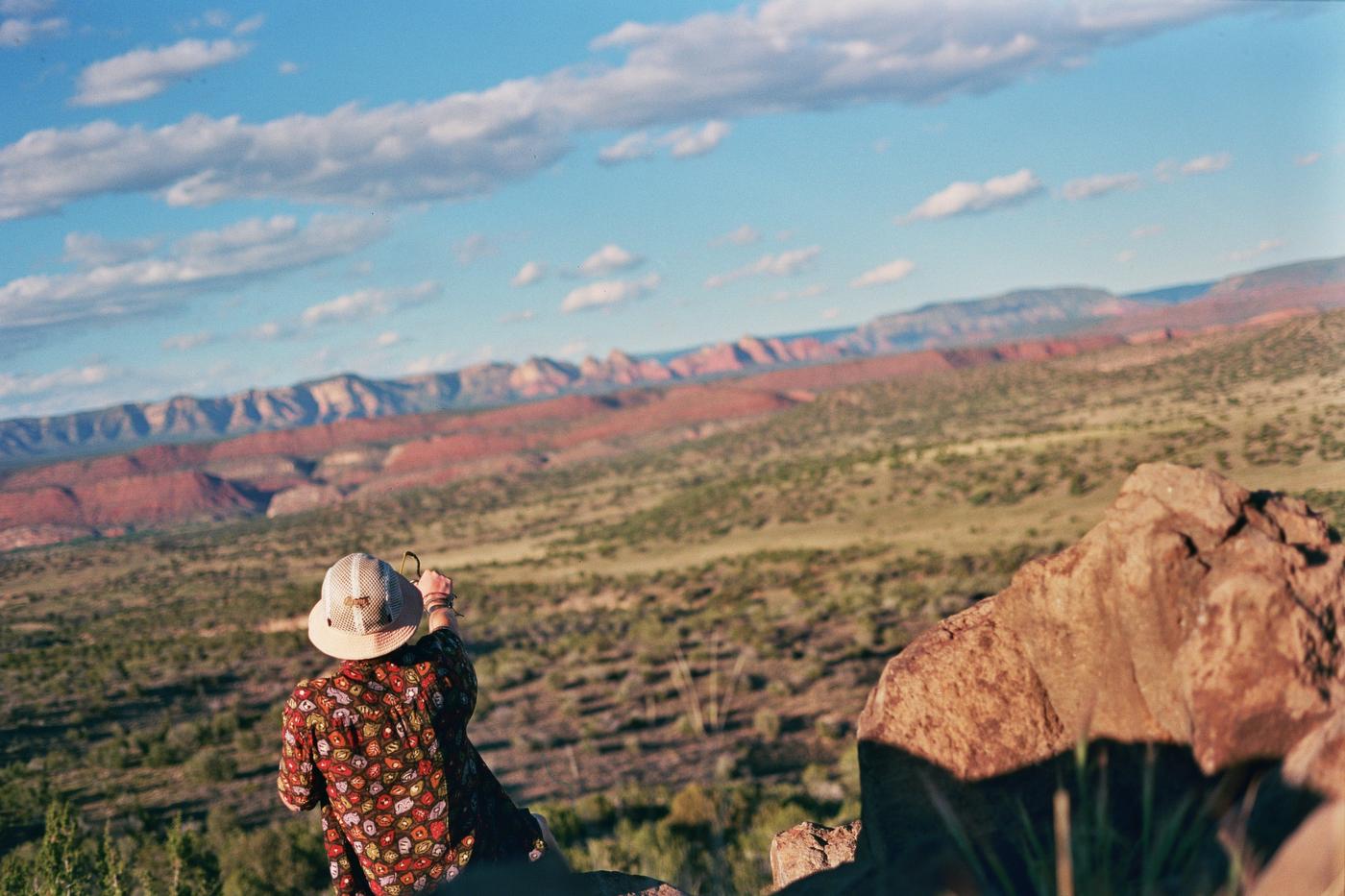 In the end, this wasn’t an exceptional or remarkable tour, but a reminder to take life a bit less seriously. Goof off. Eat cookies for breakfast. Smell like kimchi and don’t care. Ride bikes instead of studying. Laugh about how goddamn good your campsite is. Live like you would if you were a kid forever. Shoot slingshots into sunsets and go to sleep dirty and smiling.