Pierre is good at welding titanium, Pierre is good at anodizing titanium, and Pierre knows his titanium bikes are ripping off road, so that’s the kind of bicycle he wants to build you. Beautiful titanium bikes with so many swooping tubes, they’ll have the rookies and even the veteran’s heads turning. Of course, Pierre will build you whatever kind of bike you want, he also works in steel, and does more of a traditional treatment on the tubes too, but if you’re looking for a true Blaze Bicycles, I’d suggest letting Pierre work his magic. 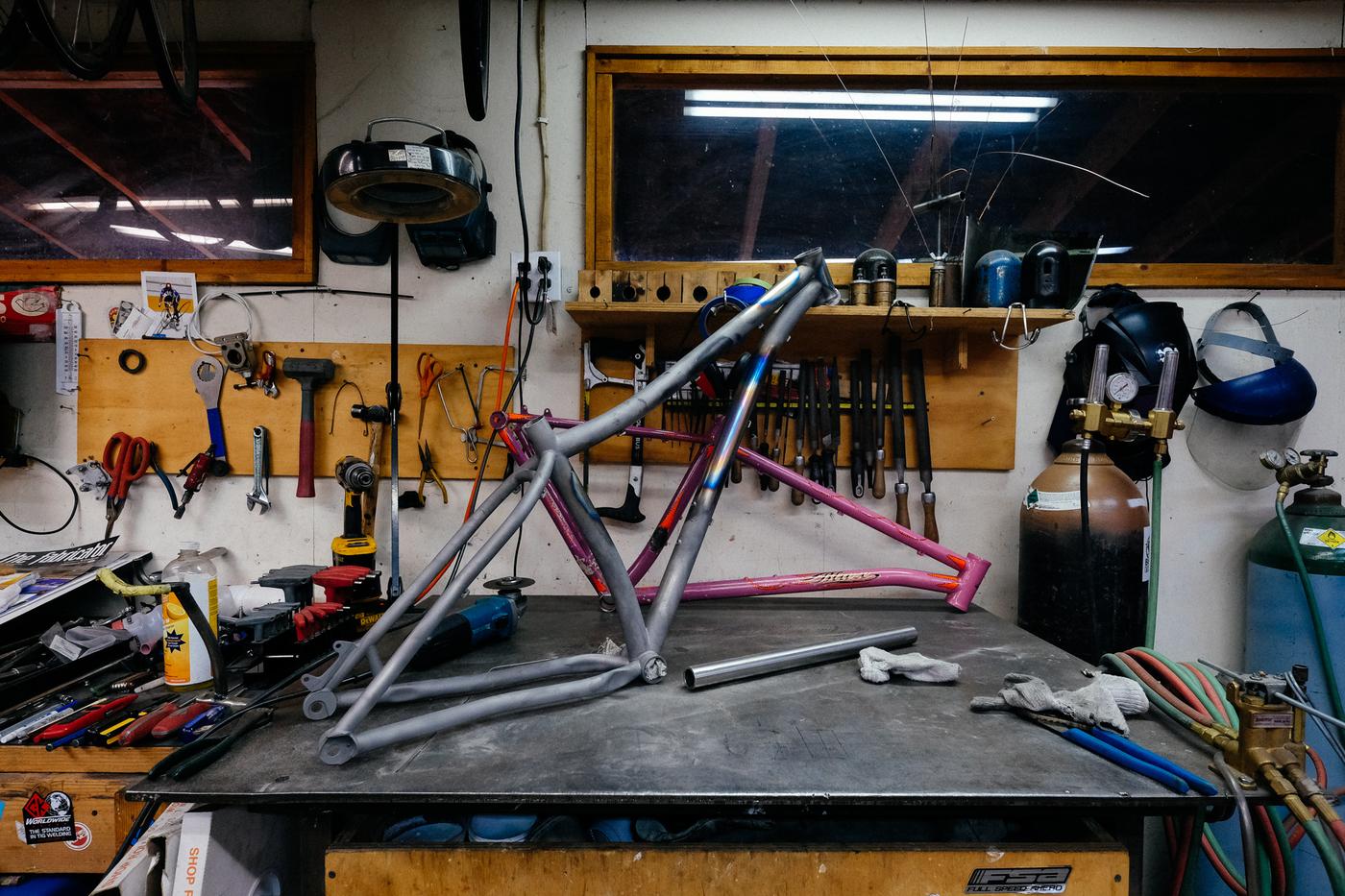 While I visited Pierre in his workshop, we talked about everything from the current political climate in Utah to the frame builders that inspire him. We listened to to the best version of The Grateful Dead’s Dark Star I have ever heard. Hopefully, Pierre remembers which show it was from because I was just so jazzed on being there, I forgot to look. It sounded like Miles’ band from On The Corner was playing it – it was so funky! 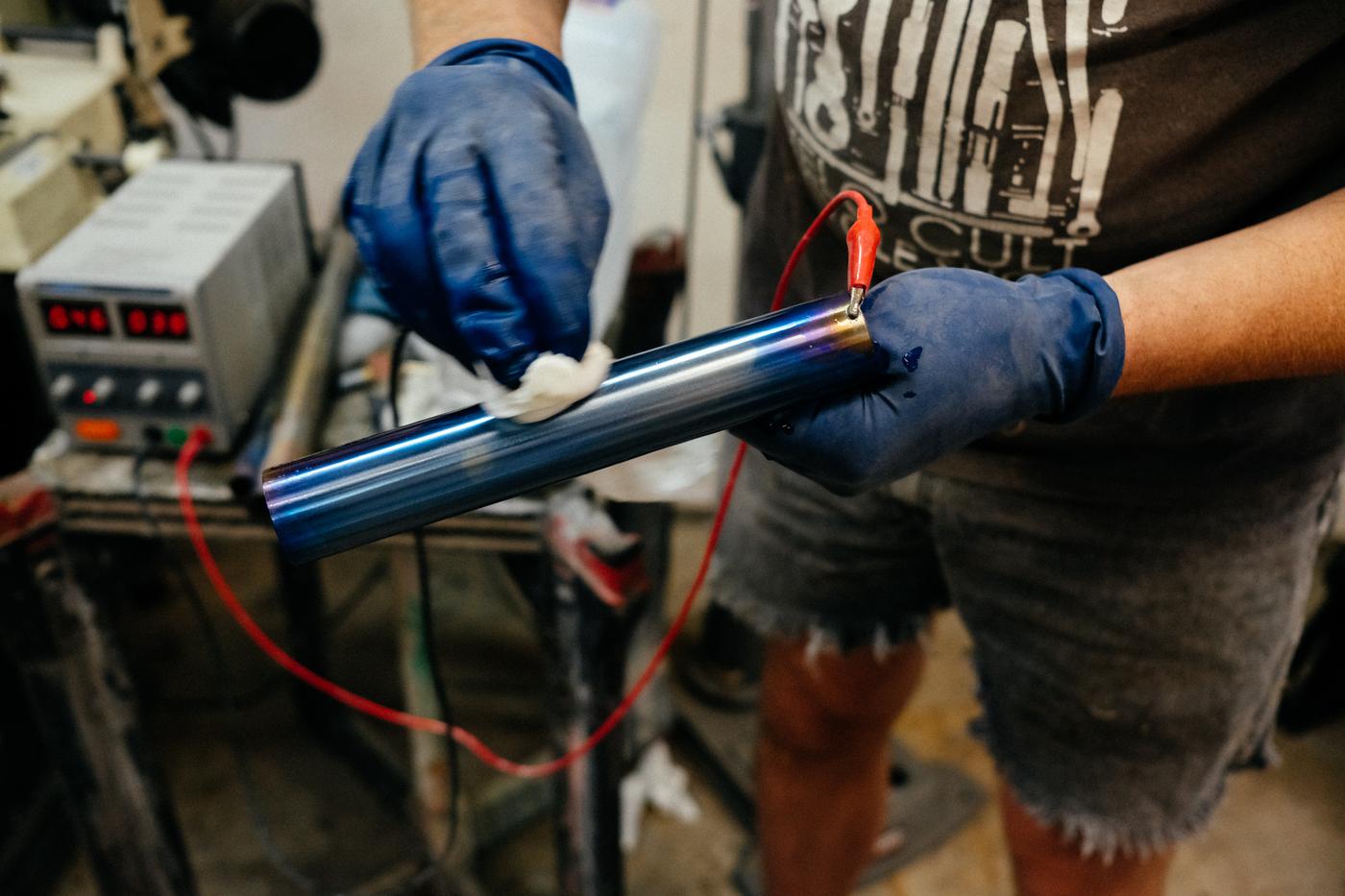 Before leaving I got an anodizing tutorial, where Pierre anodized the Golden Saddle Cyclery logo and a Blaze Bicycles logo onto a titanium tube, which is now hanging in GSC! I didn’t want to leave, I could’ve sat in that shop watching Pierre work and listening to the Grateful Dead all day. 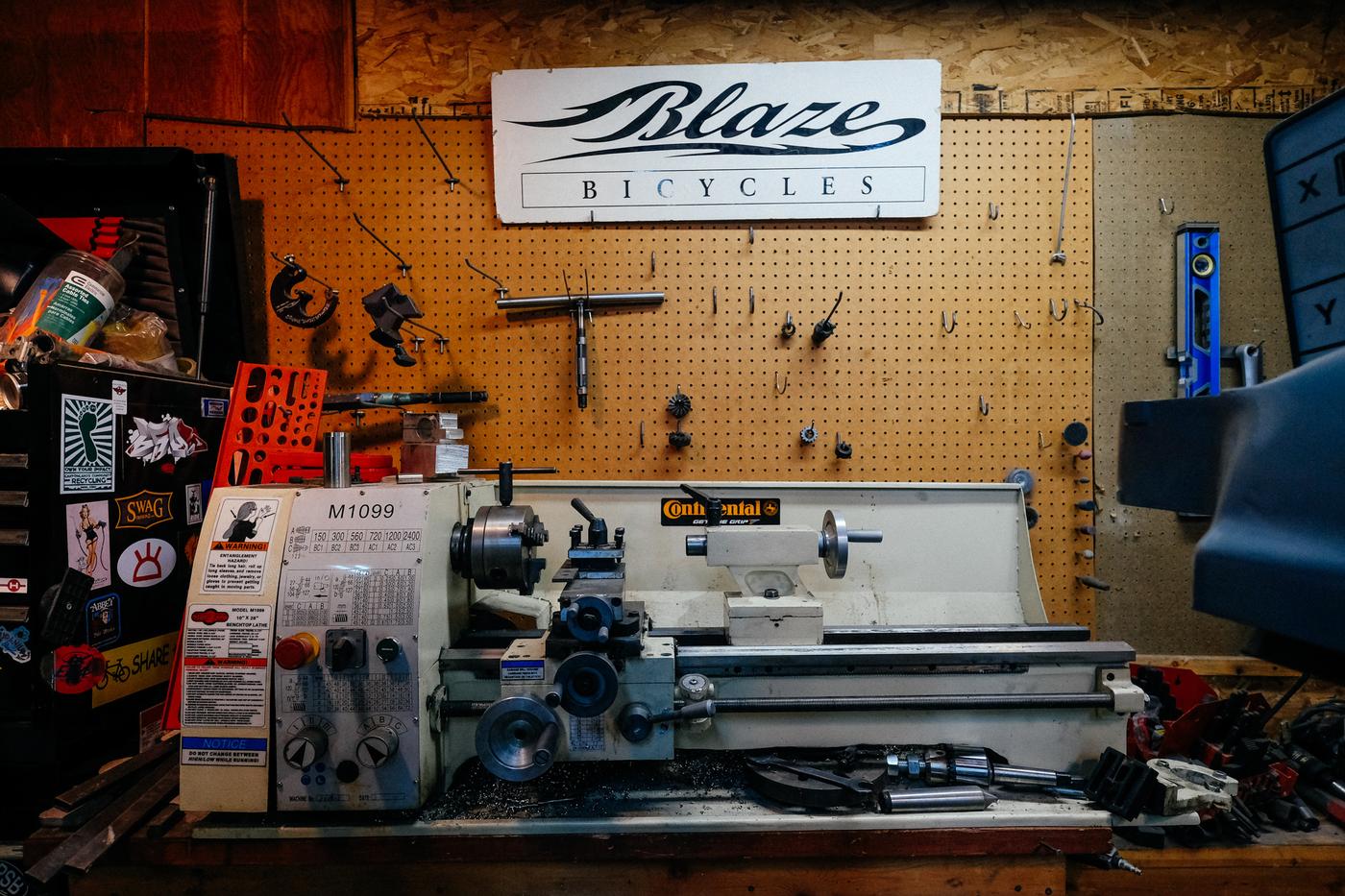 From the moment I arrived in Utah, Pierre and Greg the shop manager at Bike Fiend welcomed me with open arms, bought me beer, fed me elk sushi, and edamame with Tajín on it, and kept the sake flowing till all of Moab had closed and everybody had gone to sleep. I had the most wonderful time with these folks and I look forward to getting back there!

Hopefully, we’ll see something extra special from Blaze Bicycles at this year’s NAHBS!