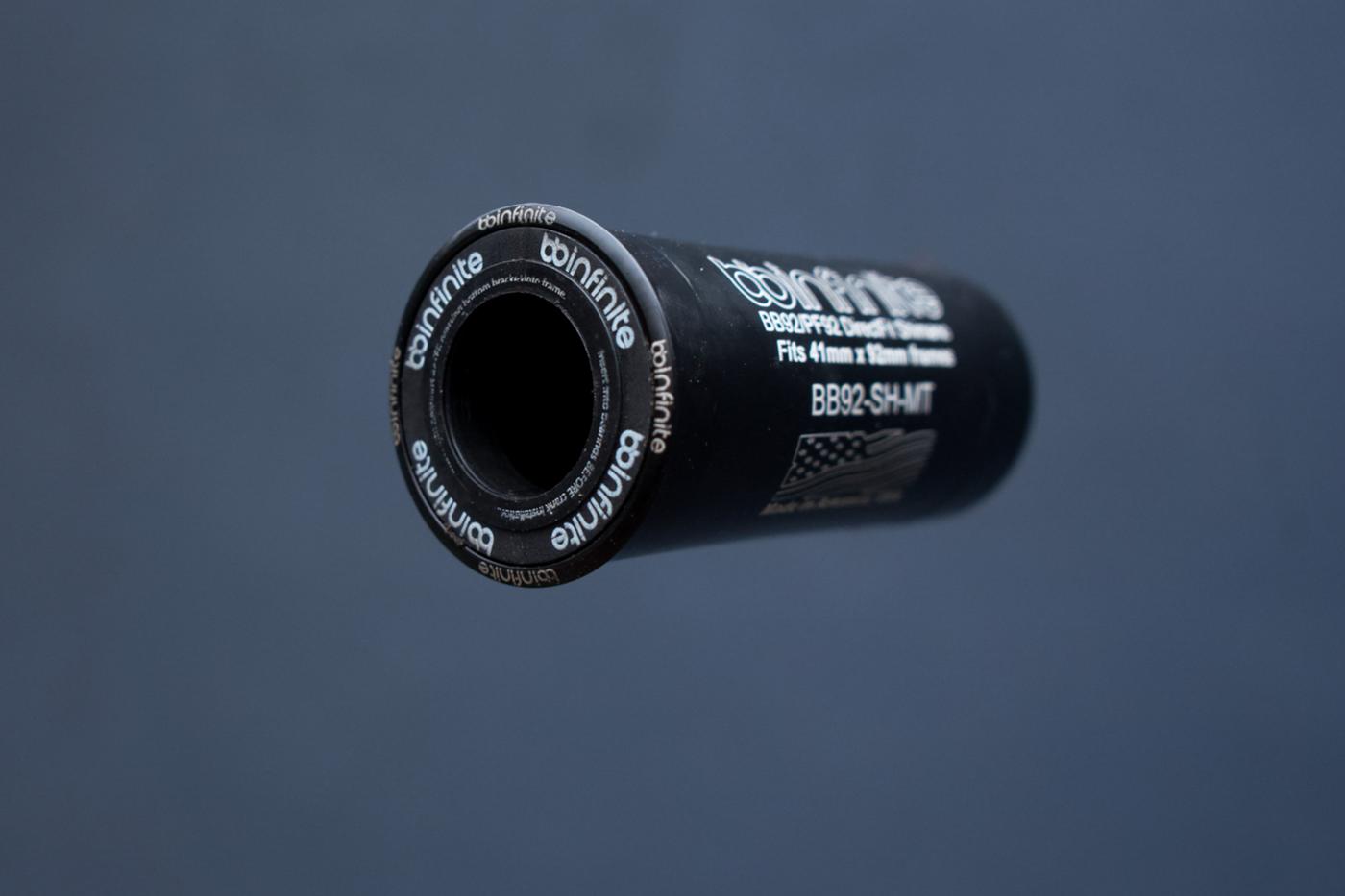 Launched by a Kickstarter campaign in 2014, BBInfinite makes several solutions for the often problematic world of press-fit bottom brackets. Their signature one-piece design makes up for not-so-perfect frame manufacturing. Travis Engel has been running one for two years, so he figured now would be a good time to give us a verdict, and dig a little deeper into why we even need a product like BBInfinite in the first place. 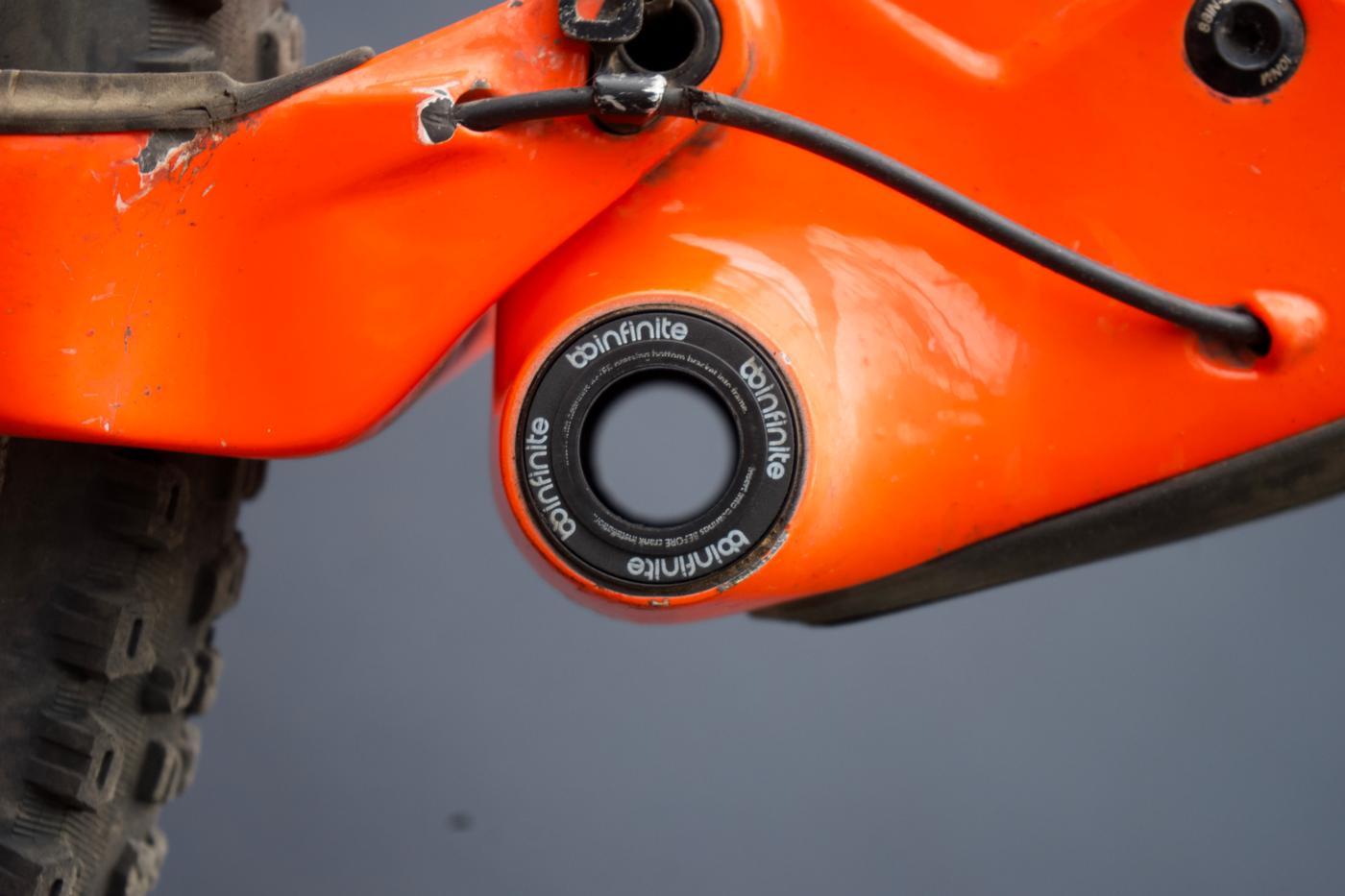 I don’t like press-fit bottom brackets. Maybe that’s not so shocking. Press-fit is a pretty popular punching bag, especially among mountain bikers. But I don’t think it should be a deal-breaker. PF92 shells have been on four of my bikes, and I have no gripes aside from the barbaric removal procedure. That is, until my 2018 Scott Ransom’s third birthday, when it developed a metronomic creak. Despite much tightening, greasing, and a full pivot hardware rebuild, the creak remained. I suddenly had a real reason to complain about standard two-piece press-fit BBs. But I knew this day would come, and when it did, I’d be plunking down $175 for a BBInfinite.

BBInfinite’s one-piece cartridge presses in, fully assembled, from the non-drive side and stops when the shouldered end hits the shell. There’s no lockring on the non-drive side, and no threads in the middle. The only thing keeping the cartridge in place is a lot of friction and a little Vibratite 530 retaining compound. 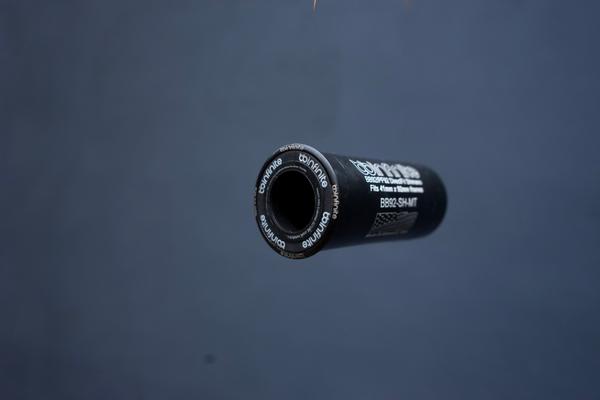 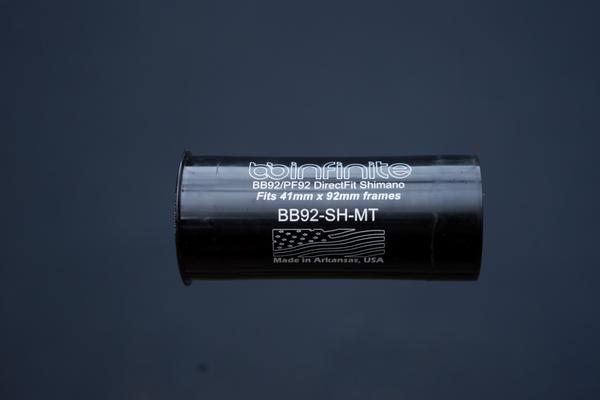 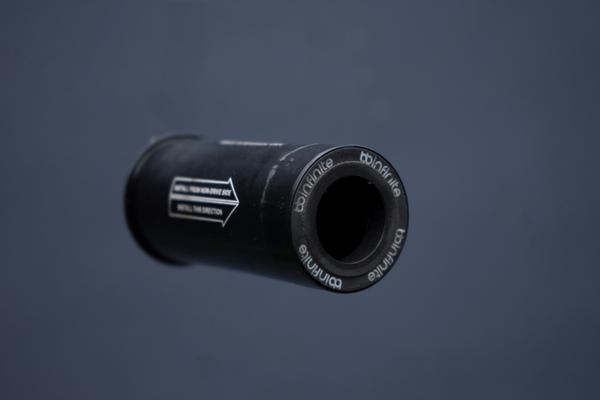 Now, if we stop and think about what’s happening here, it might seem like nothing is being solved. Sure, the one-piece system allows both sides to stay connected and supportive of each other within the frame, but it’s still just two bearings pressed into a tube. The difference, though, is precision. Even in 2023, there still isn’t 100% agreement on tolerances among the many frame and bottom-bracket manufacturers. That’s why so many have noise, drag, or longevity problems. But BBInfinite does all the important stuff under one roof.

That approach made me think of steadfast press-fit holdout, Pivot Cycles. Pivot makes their own tooling in-house, ships it to their Taiwan factories, and specs only two bottom brackets on their completes. Not knowing this, I once personally offended founder and CEO, Chris Cocalis by asking why Pivot hadn’t joined the exodus to threaded shells. So, I figured he’d be the perfect person to ask about BBInfinite. 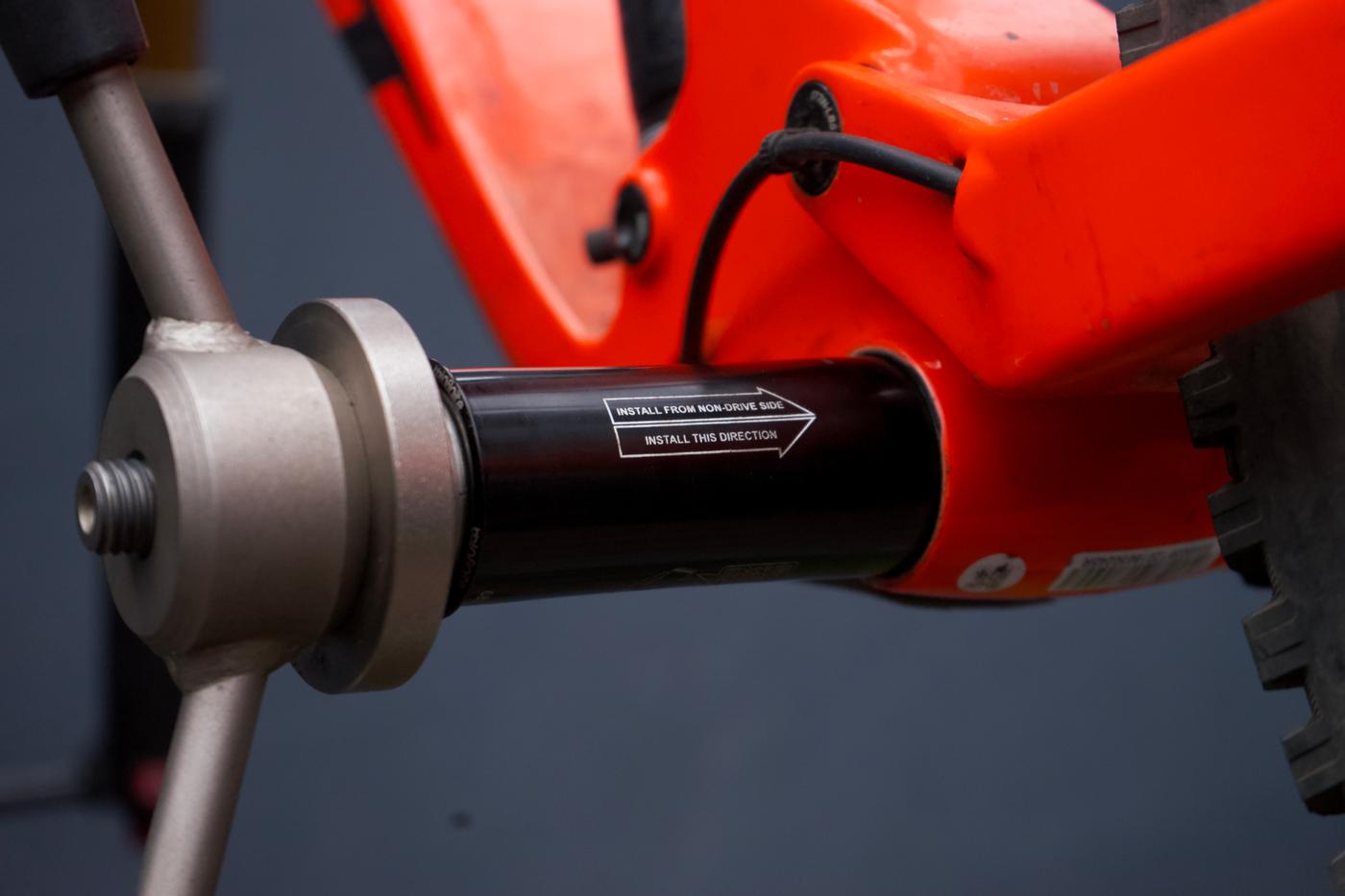 “In a perfect world, this setup could work nice,” Cocalis told me. For commenting on a potential improvement to his competitors’ bikes, that’s extremely high praise. His main caveat was that many bottom-bracket shells narrow in diameter between the cup seats, or have hard shoulders that would prevent a BBInfinite from passing through. Other frames leave only tight spaces for hoses and cables. There’s no list of compatible brands on the BBInfinite site, so it’s up to you to remove your bottom bracket and check. Also consider whether you need to remove your crank to guide any control lines out of the downtube. 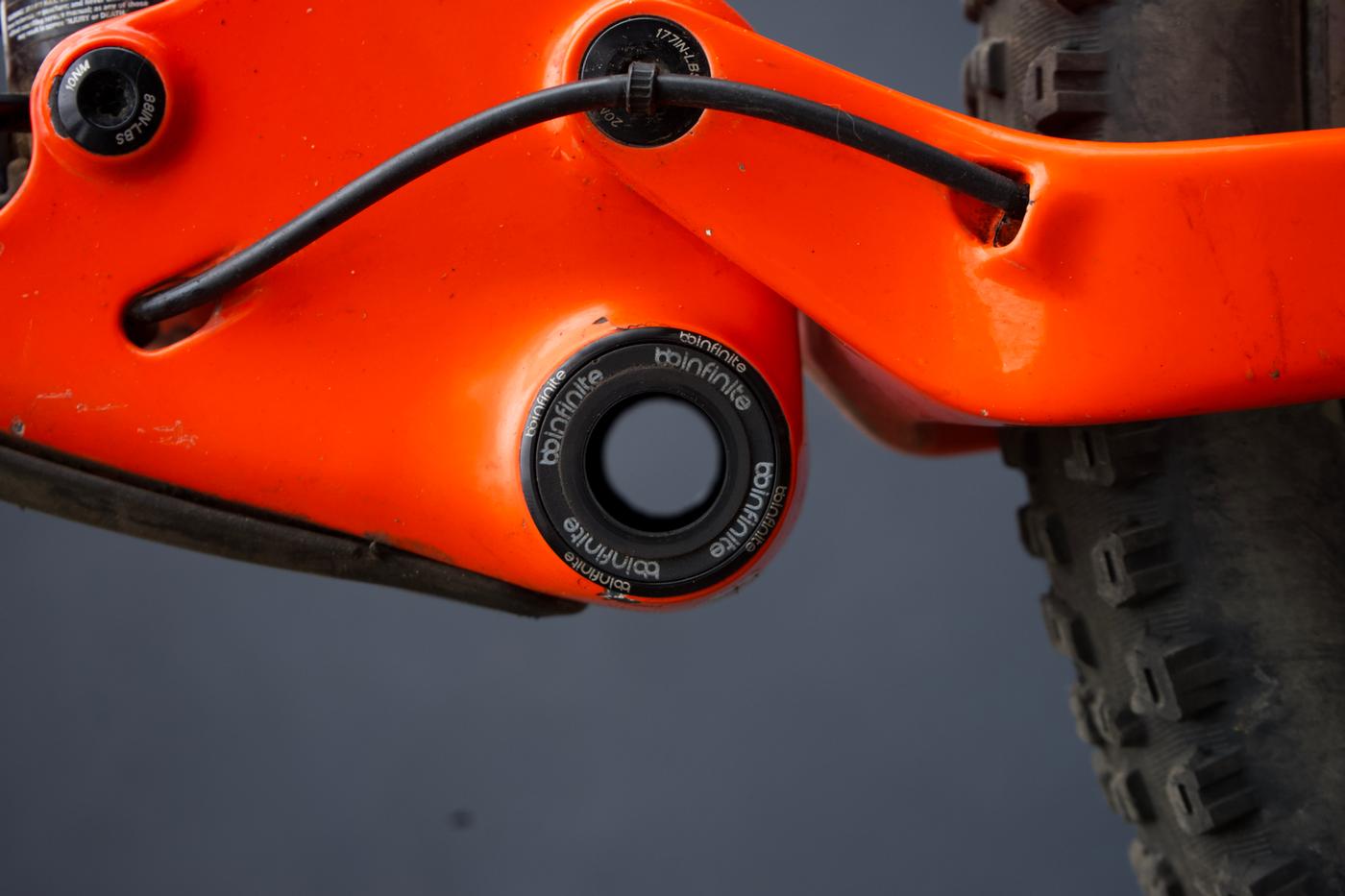 Installing a BBInfinite is pretty straightforward. It comes with a special plastic chuck that works with just about any threaded press, even an improvised one. It doesn’t take excessive force, and requires only a reasonable amount of care and patience when lining everything up. 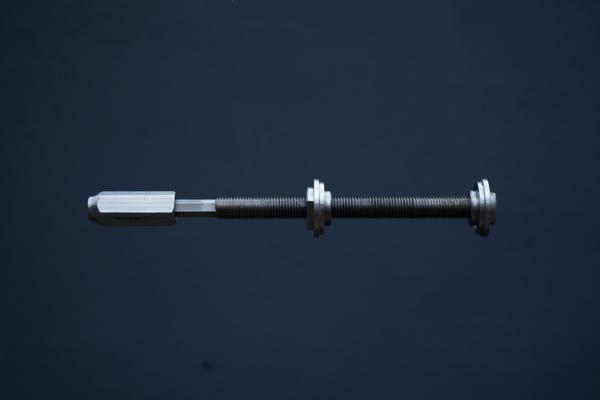 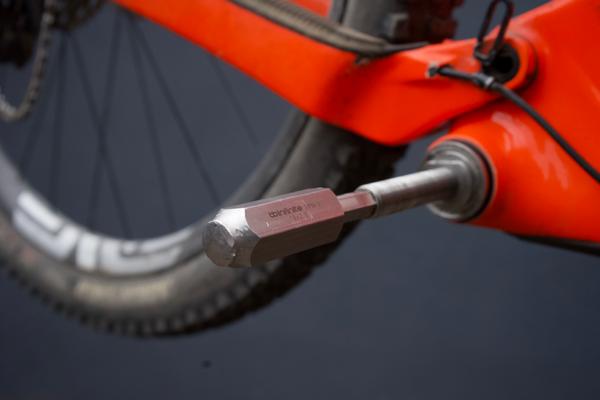 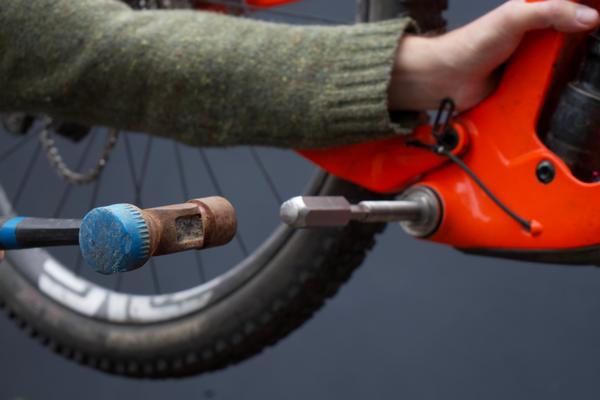 Removing it is more complicated. It requires a special tool, which you can rent from BBInfinite for $30. It also requires a hammer. They sent me the tool, but I was a little nervous. Barely two years old, my bottom bracket spins like a dream. I was worried that busting through all that friction and Vibratite might leave some bruises, but after the re-install, it still feels brand new.

Though, there are other solutions. Both Hope and Wheels Manufacturing offer thread-together systems that would seem to do what a BBInfinite does. But Gary Mailhiot Jr., COO of BBInfinite, points out their shortcomings. “The idea that you can thread together a bottom bracket in a press fit application means that the thread-together system has to be somewhat smaller than the bike frame bore. In another word; loose.” He also uses the word “loose” to describe the way threads themselves fit together. There has to be play for a bolt to slide into a nut, so a threaded two-piece system won’t necessarily solve the alignment issue caused by imperfect frames. 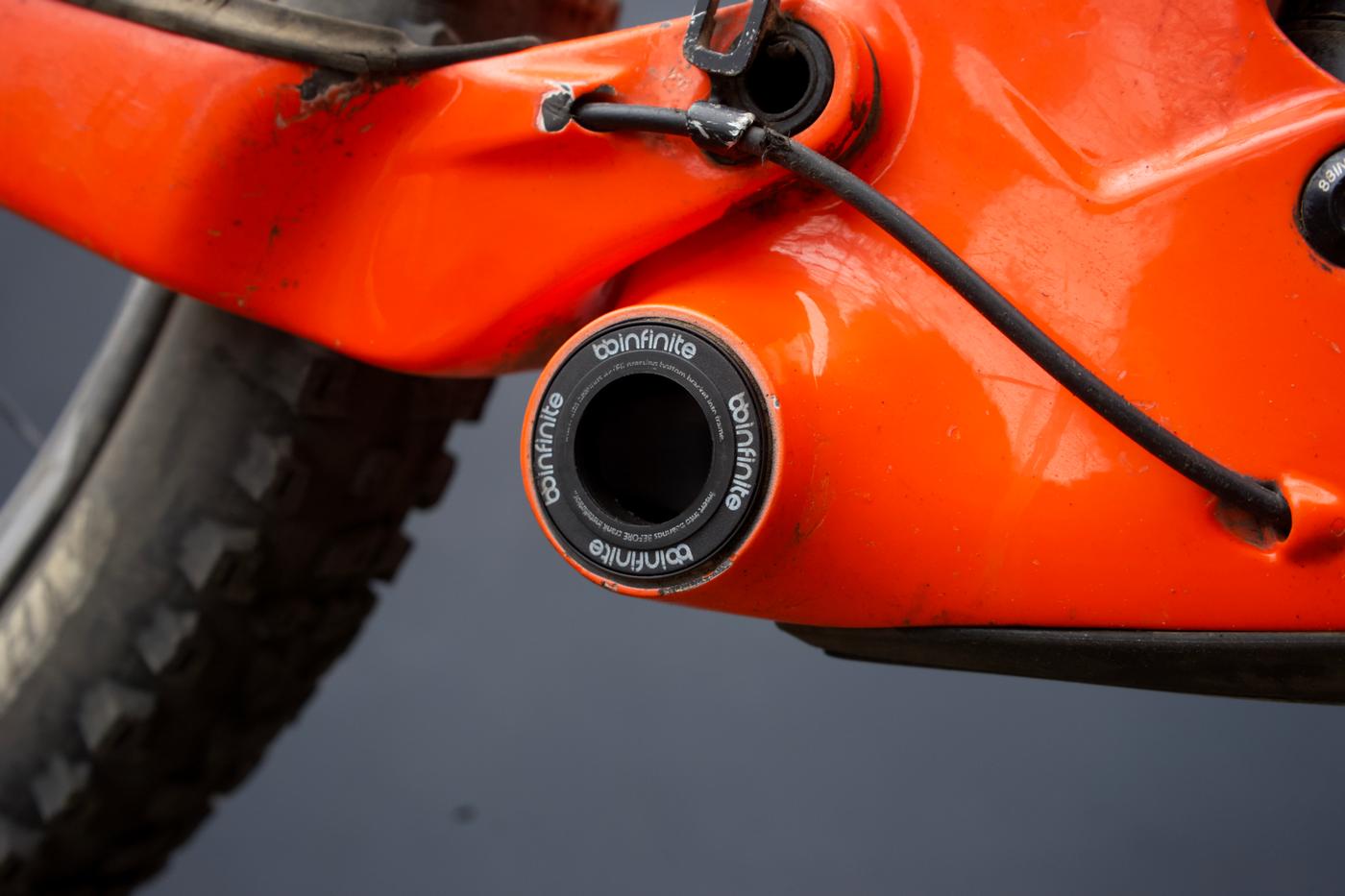 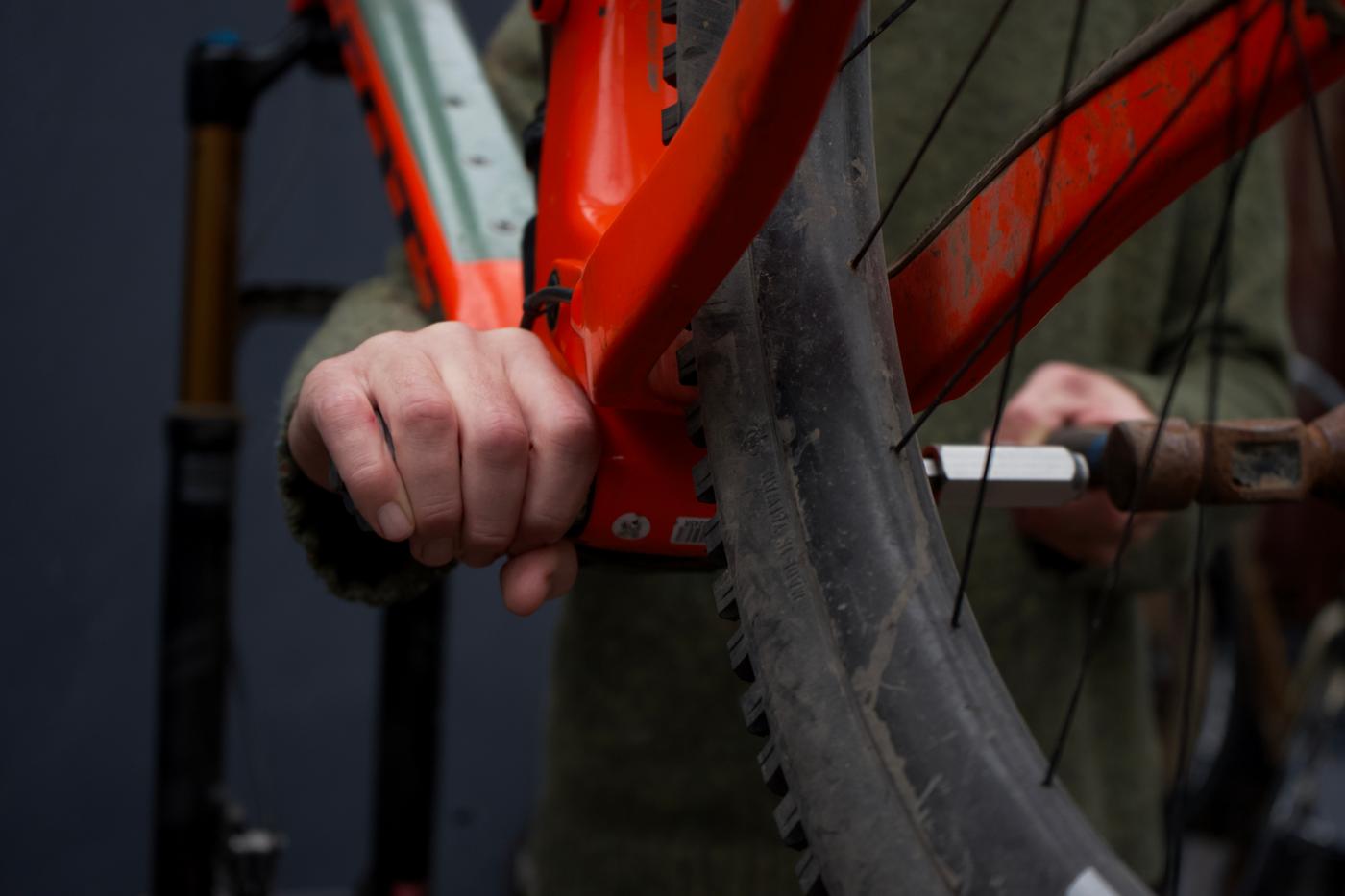 Of course, that means you could say the same about a traditional threaded bottom bracket. The truth is, that system is a bit of an anomaly. Most other industries rely exclusively on press-fit bearings, but they’ve been at it far longer than high-end bike frame designers. Given the chaos in the early days of press-fit bottom bracket standards, it’s no surprise some bikes are still experiencing some growing pains. If yours is one of them, at least there’s a solution.