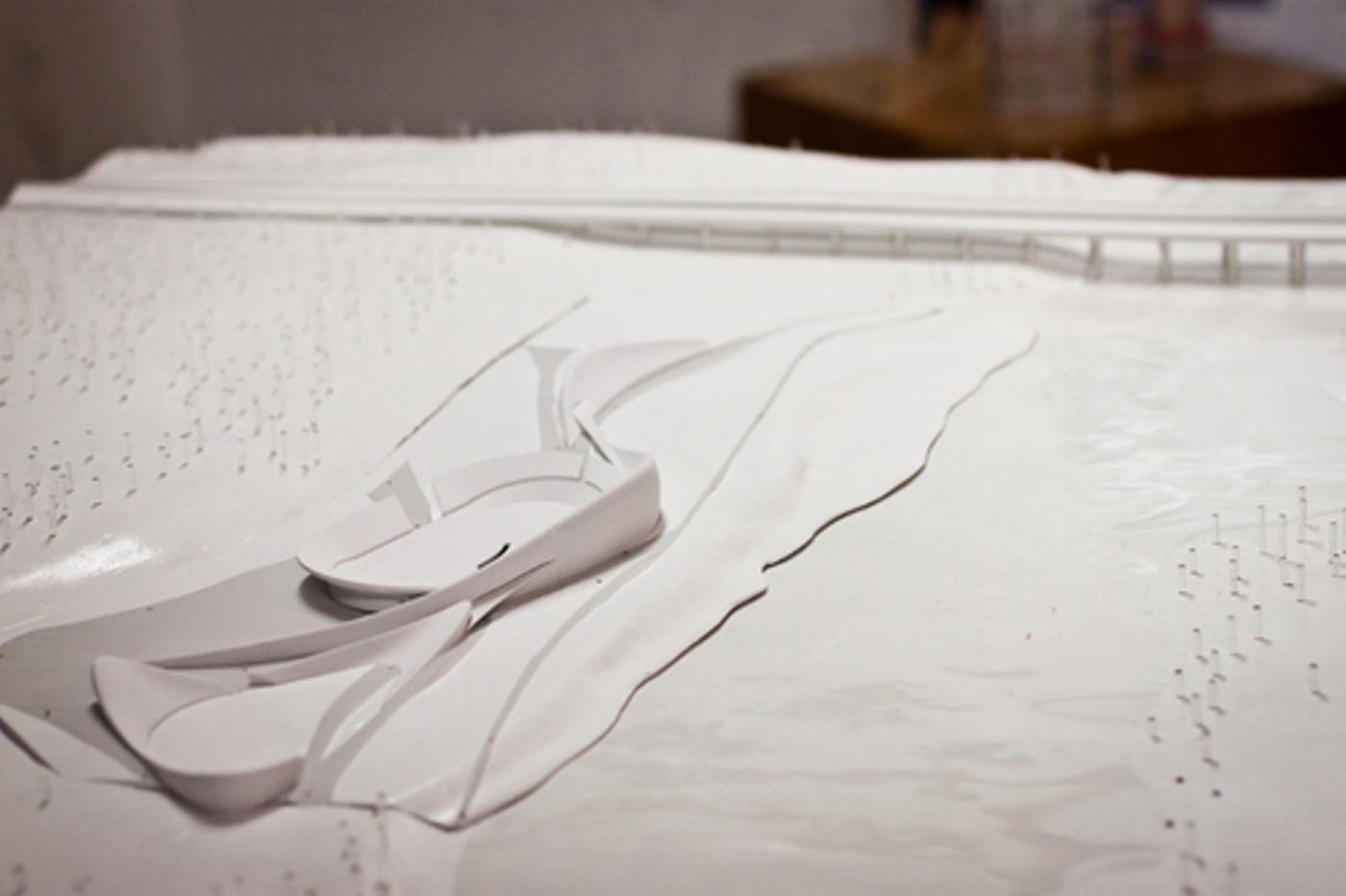 Yesterday I had the opportunity to sit in on a 3rd year architecture studio’s review at the University of Texas. A friend of a friend introduced me to Clay, who leads the studio and it just so happened that his students were designing a velodrome for Austin as their final project. Stepping through those doors brought back memories of architecture school. I haven’t been in the educational environment since graduating in 2004. All the discourse, process and intent is still there and the students made some great partis and models. The students had to choose a word that is descriptive of track racing and investigate an idea. One student chose hand positioning, bar types and bar wrap styles. These investigations lead to a process which he then sculpted into an architectural intent. Through a series of models and diagrams, he began to develop his project. From sketches, to information and finally materials, his velodrome had an identity. Here’s a bay model, showing structure and skin. His project was the most developed out of the bunch I saw. Others were still focusing on the ideas and process. Jurors were present to critique the student’s work. Hours upon hours went into their presentation and many sleepless nights were had in the studio. This vigorous process is called a charette and it lead me to call studio “architorture”. Small paper models represented an idea of fenestration and shade. Sometimes the most literal idea becomes an intent. This student looked into lacing patterns and the idea sprung into various studies on interconnectivity of radial lines. Small movements began to inform large ones and while this is no means a final project, it is a strong idea about the architectural intent. The last project I sat in on was definitely the most technologically advanced. He used a series of scripts in Grasshopper to develop an skin that would mutate as it enveloped the architectural program, or functions of spaces. His models and process were spot-on. Utilizing data-gathering and technology to inform his architecture.

I was really impressed with what I saw and it was a great experience. I want to thank Clay Shortall and his 3rd year studio for opening their doors! Check out more photos at my Flickr.