After loosing my crank arm bolts yesterday, I went around to various shops in Manhattan looking for a replacement. Eventually, I hit up Dah Shop and found that they had a set. While I was there, I ran into Fonseca, Mike and Jakob Santos. Then it rained. A lot. But that didn’t stop Jakob from getting down on the Chinatown Banks. There’s so much going on in that photo! … and a glimpse of the new Us Versus Them SE bike. The guys were soaked from the rain and humidity. Looking for new clothes, they saw these suits. Upon further investigation, it turns out they were made from paper. 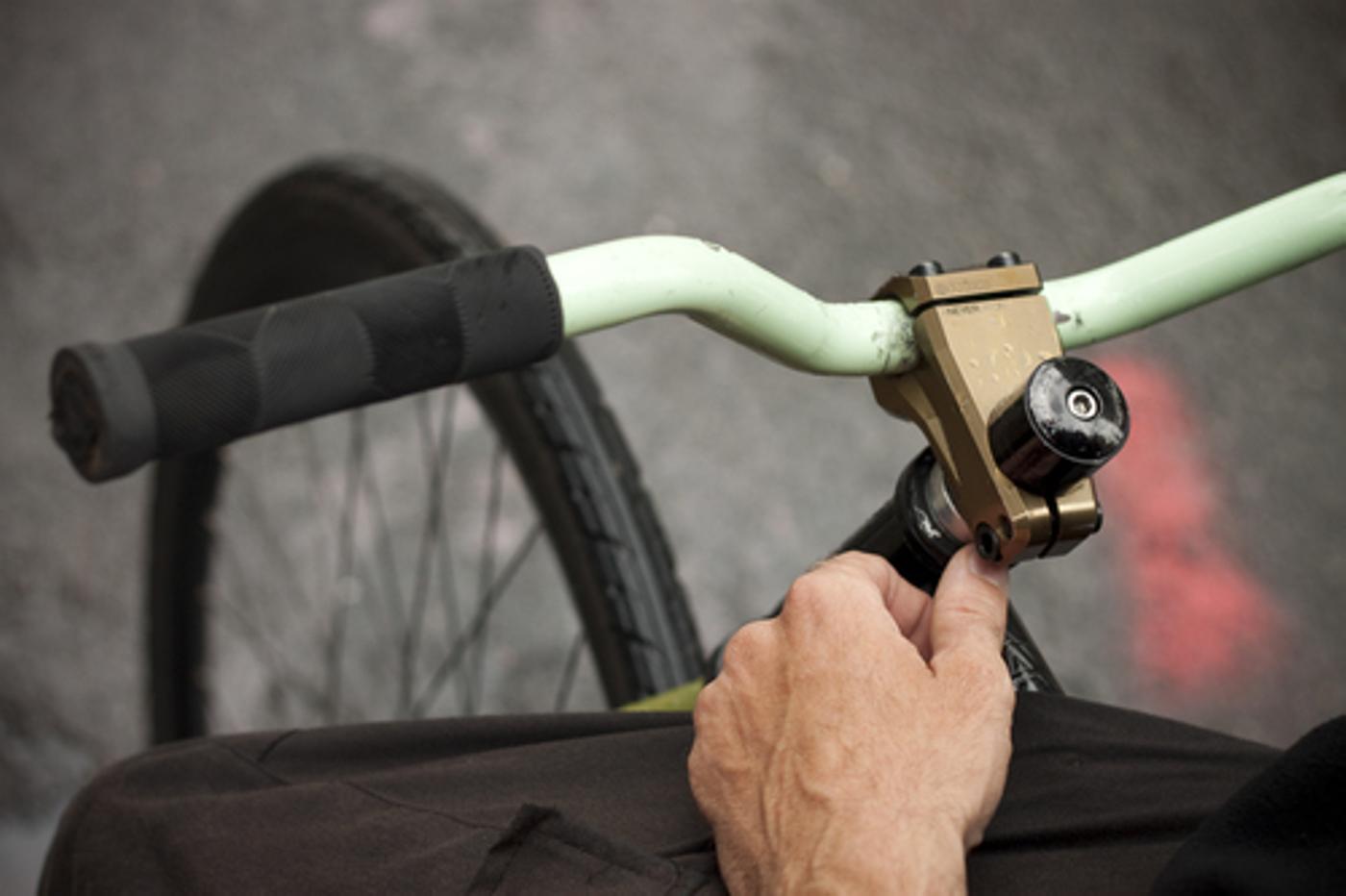 Once the rain stopped, we headed into SoHo where we ran into someone. From there, it was over to the Chinatown Banks. Here’s Jakob blasting a disaster on them. I’m not one to shoot in portrait that often but sometimes the composition merits it! With the Brooklyn Banks “closed” we “broke in” and rode around for a bit. It was still kinda wet and very slippery (TWSS) so we spent more time chatting with the kids that were hanging out. Inevitably, one scooter kid grabbed Mike’s bike and debated on dropping into the banks on it. 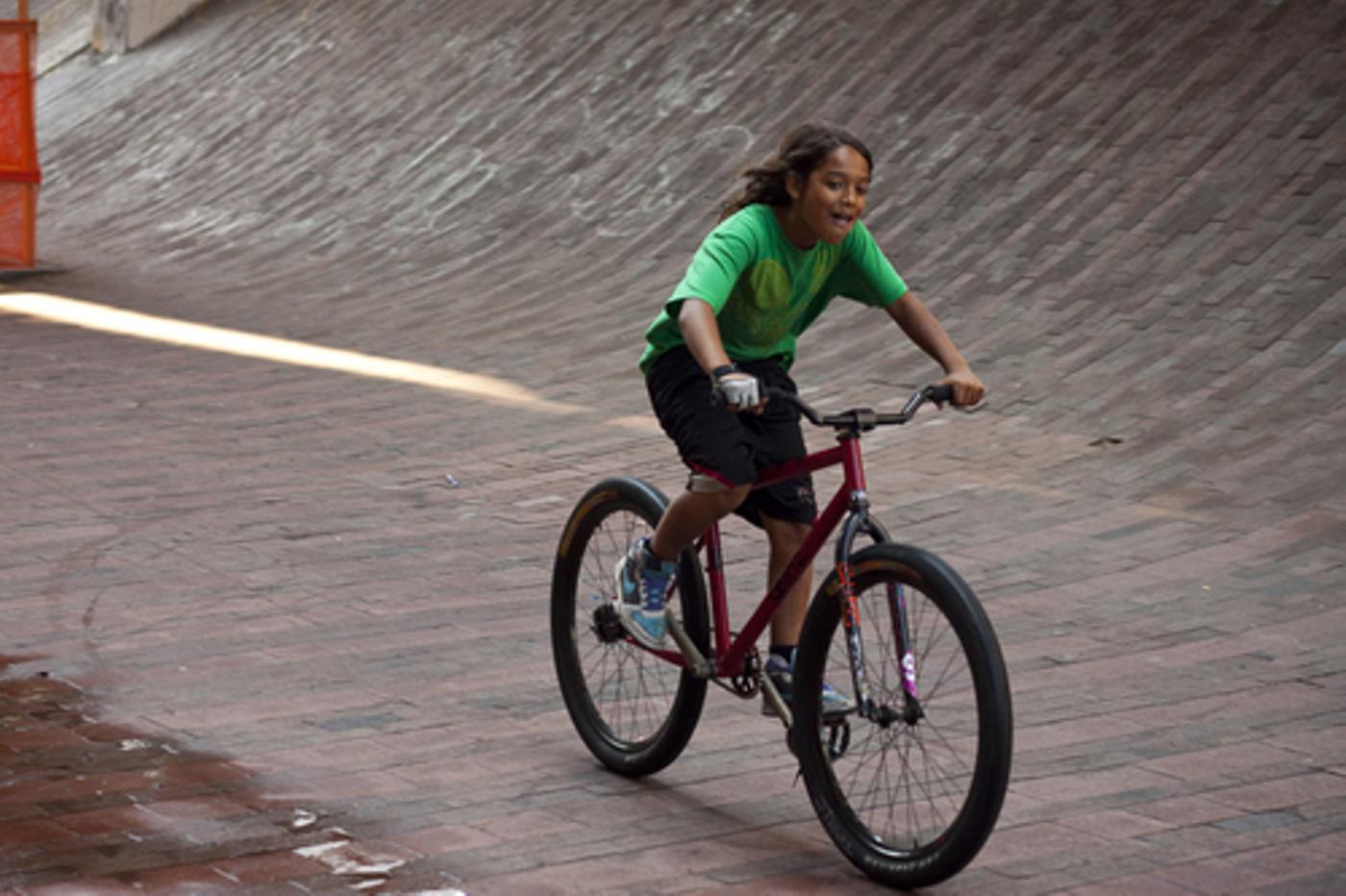 Keep in mind, it was his first time ever on a fixed and he rolled right in, stoked as hell!

We’ll be riding around all weekend, so if you’re heading in early for the Bicycle Film Festival get at me!