Hot damn! What a day. After getting over severe jet lag, I woke up, built up my bike and headed to Saint Cloud in Melbourne to meet up with the local fixed freestyle dudes. About 12 guys showed up and we rode out to a spot just north of the city under the highway. It was a drainage ditch that spanned for miles and it had a couple of rad little cuts and hips you could hit. One of the riders I met today is Andy. He’s the guy who wins all the local comps. There’s one in every city… Riding in Melbourne is really rad. There’s all this post-modern deconstructivist architecture that looks like it was picked up in Rotterdam and dropped onto a site. 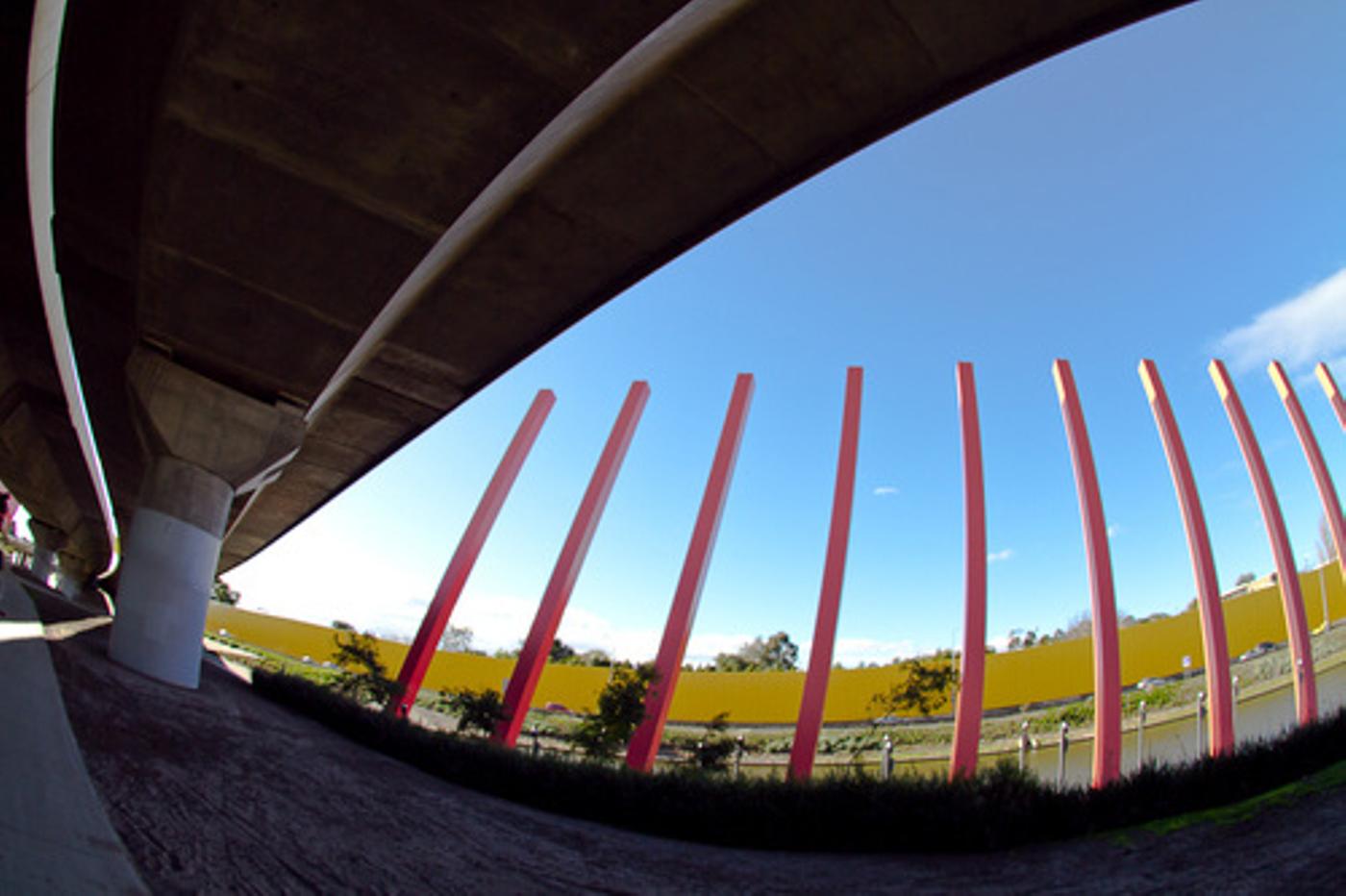 We rode for about 7km and finally reached the ditch spot, which is marked by this public art lining the highway. From there, everyone immediately started riding. I was still hella jet lagged but was so stoked to be in a new city. After eating shit a few times (saddle nose on the nuts, flipped over the bars, splitting my shin wide open and bruising my hip), I decided to shoot some photos of the gang. The lighting was perfect. That “magic hour” is actually around 1pm here since we’re in the southern hemisphere, where it’s winter. Everyone was getting their tricks dialed in. From there, we headed to get some pub food. I cleaned up my wound and drank a few whiskey and gingers. I thought everyone was spent, but they all wanted to ride some more, so we headed to the Melbourne museum where the local trick meet up takes place on Wednesday nights. As the storm clouds moved in, the riders scattered like cockroaches and I went home to rest up. Tomorrow i’m off to meet the Track Cunt for coffee!

Since I took a good amount of photos, I’ll embed the rest below…