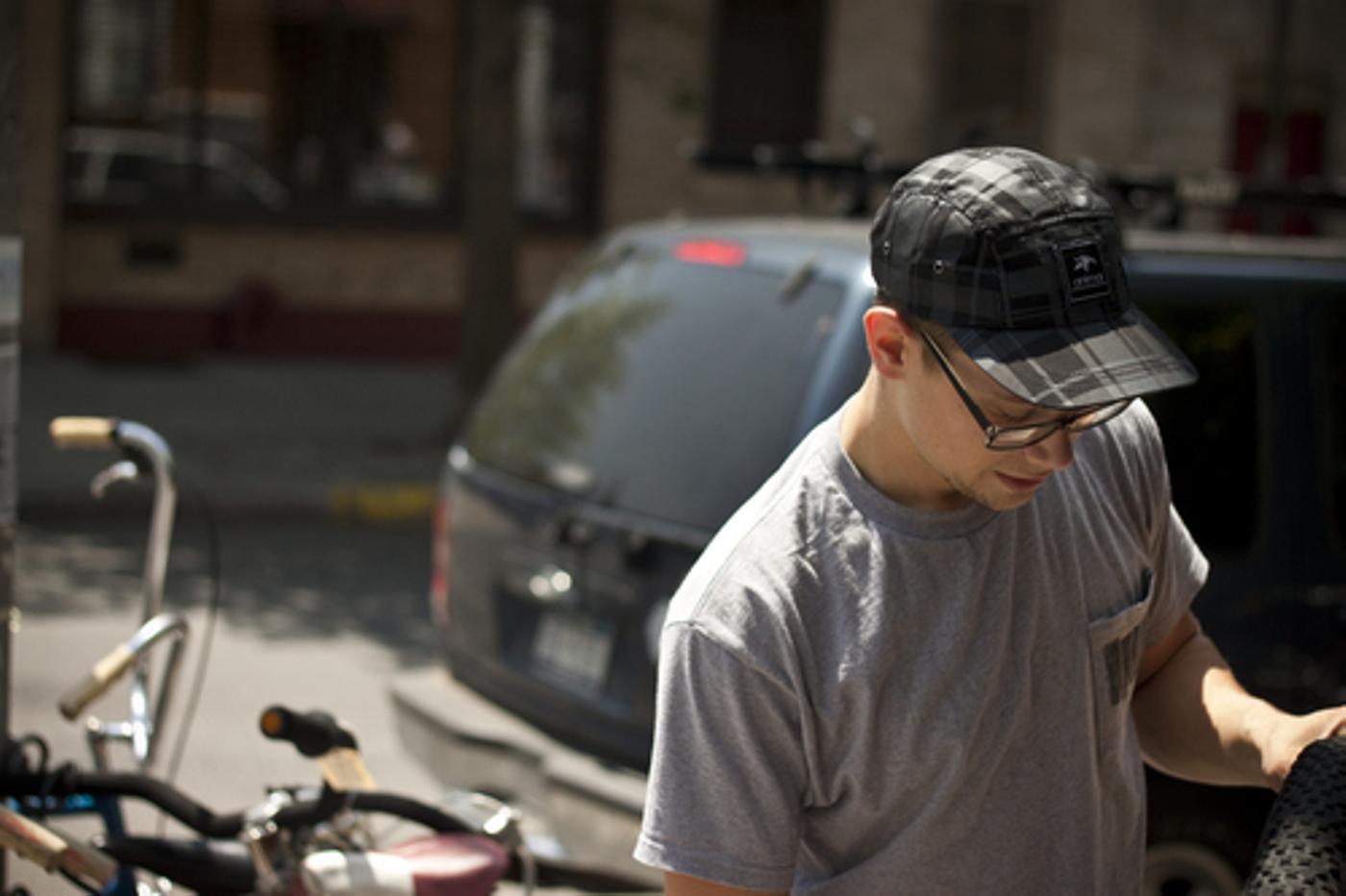 Now that Tom has a car, little day-trips like yesterday are an interesting mix to the normal schedule of training, blogging and riding around. On Monday night, I rolled my ankle trying to full cab some stairs and after an over-night treatment, I could finally ride my bike comfortably. Tom and I linked up around 11am, got breakfast and started to scout for spots. Before we got 3 blocks from my house, he blew a flat. Luckily, we were a few blocks away from a shop where he bought a new tire. 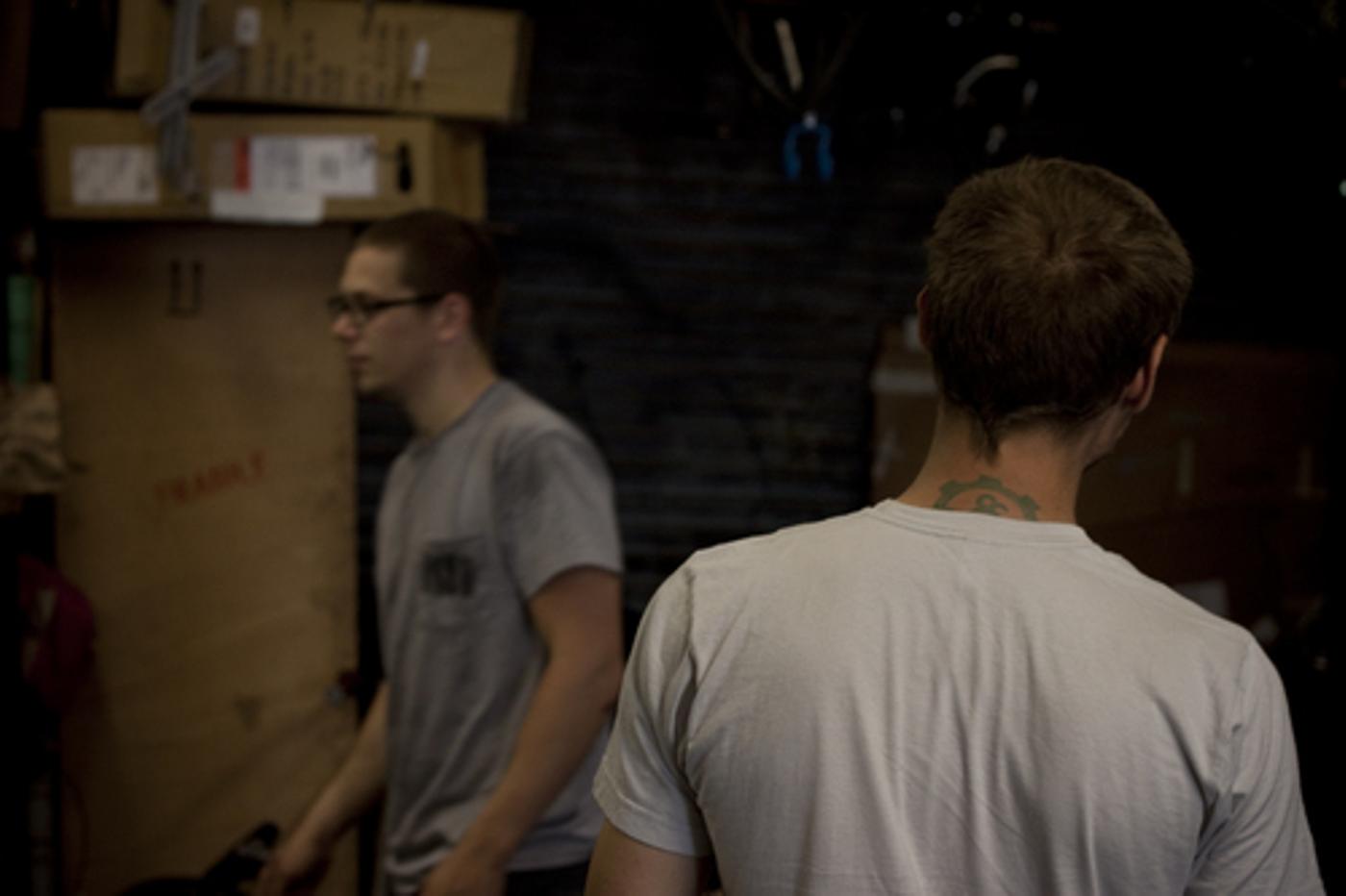 After seeing the Atavistic Urge and knowing Seth from BMW, Tom wanted to check out his shop and ride his new 26″ DJ bike. Being able to ride many different kinds of bikes makes a cyclist a true cyclist. Tom can hop on any bike and throw it around, regardless of wheel size. As he was hopping off this trailer, I could see Seth’s expression change. When you create something with your hands, it’s gotta be satisfying to see someone toy with it and really put it to work. Tom was man-handling this thing. 3’s, 180’s and big hops. He rode up afterwards and said “it feels just like a BMX”. From here, we split up and Tom went to film for Empire. Only the bike gods know what happened and you’ll have to come to the NYC Bicycle Film Festival to catch it! The warm sprint sunlight was baking us! 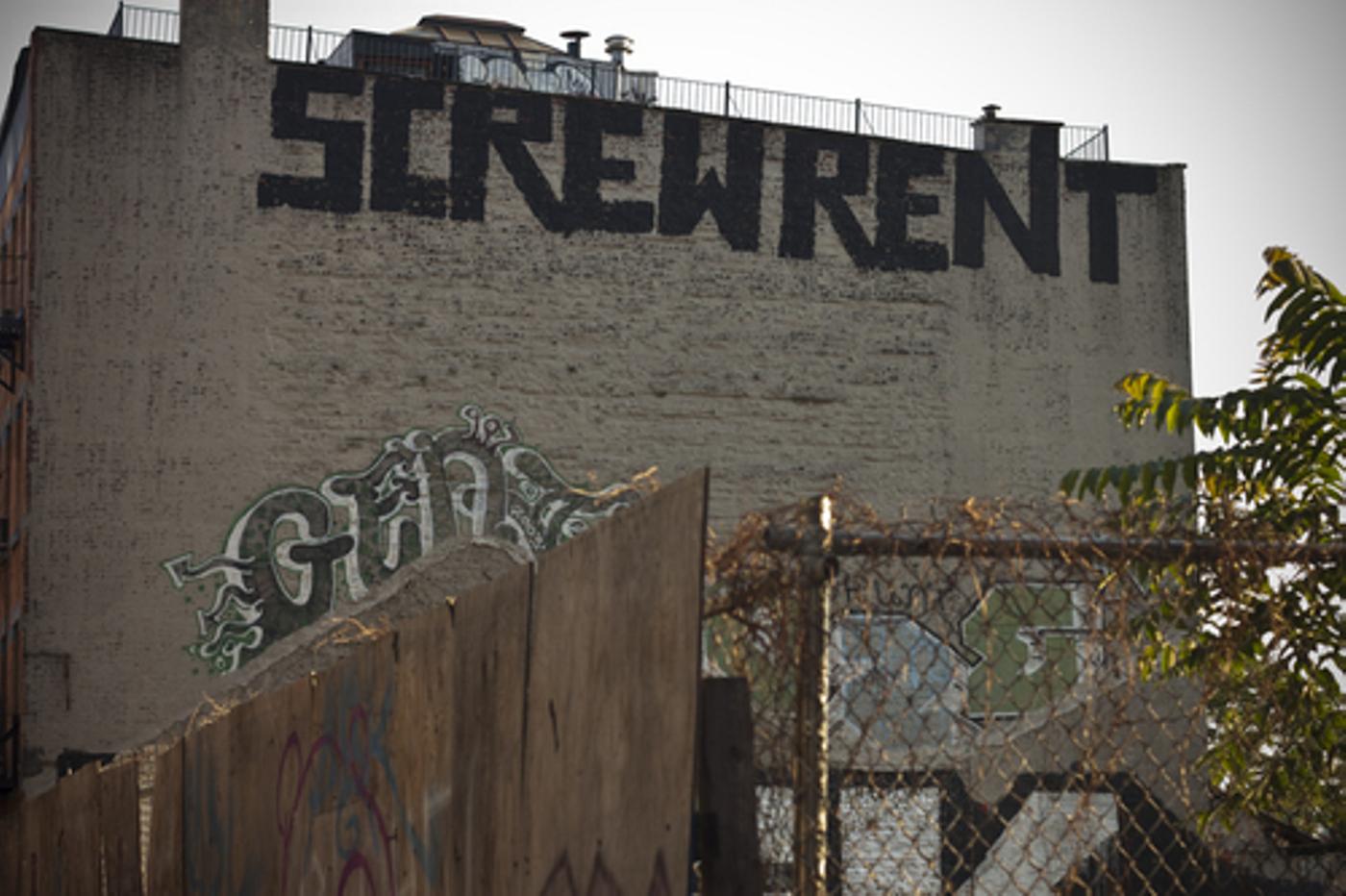 After an exhausting day, it took all of his energy to hit a street gap. Baked and dehydrated, we went to the park for some drinks. While there, we were reminded to Never Surrender. Thanks for rolling up Tom!