Things kicked off on a Thursday where we headed to W-Base Bike Shop in Tokyo. Everybody got together for registration, group ride details to the racecourse, campground, and chill hangs in preparation for the following day. The next morning, we woke up to optimal riding conditions: rain and humidity. Everyone reconverged at W-Base for the group ride to begin. We loaded our luggage into a van, which would later meet us at Yamanashi and the group ride commenced. We started in Tokyo and slowly made our way into the mountainsides, away from the city. 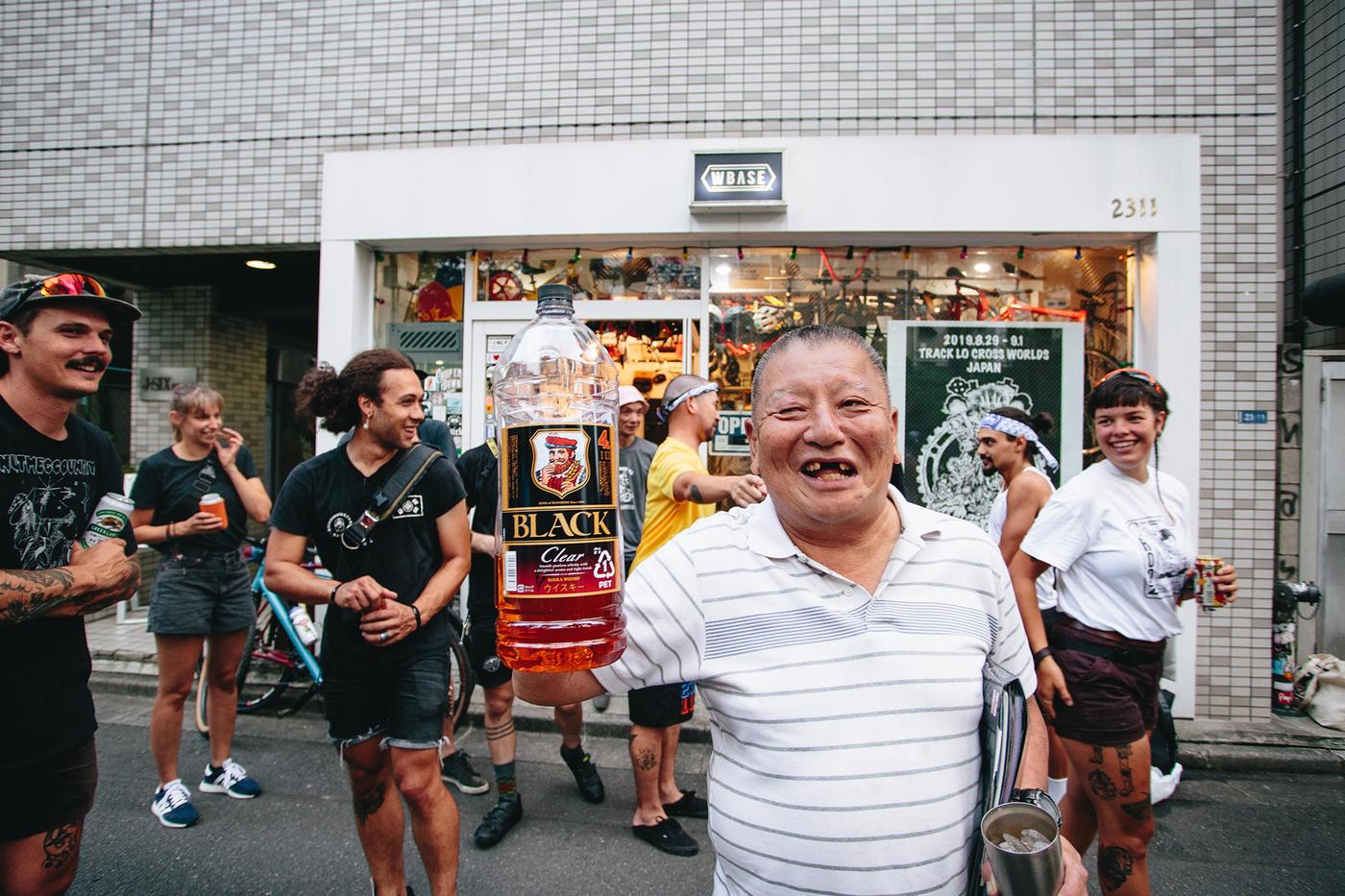 One of my favorite things about Japan is wherever you wander, you were guaranteed to come across vending machines or 7-11s. As for the ride towards Yamanashi, these little oases proved essential for the grueling climbs. The ride was around 90 miles, 7000 ft of elevation gain, but the downhills were rewarding with plenty of burning rubber from skidding. After some miles, gorgeous views, and achy limbs, we reached Mount Fuji – which blew our minds because some of us had no clue we would be riding around an active volcano. Some more miles and hours later, we would finally arrive at the campground in the late evening. Everyone was hurting, but it was just getting started. Saturday would be race day and started off by venturing for some breakfast not too far from the campground. The race was broken up into four qualifier races – all genders – and if racers made it to the top 10, they made the finals which would begin later that day. After the qualifier races, skid and track stand competitions entertained spectators. The longest skid competitions leveled up pretty quickly: no-handed skids, backpedaling skids, all kinds of sick skids. The track stand showdown began with 30 seconds, one-handed, no-handed, one-legged, no legged track stands (which probably lasted at most 5 seconds). It was all in high spirits and good fun. 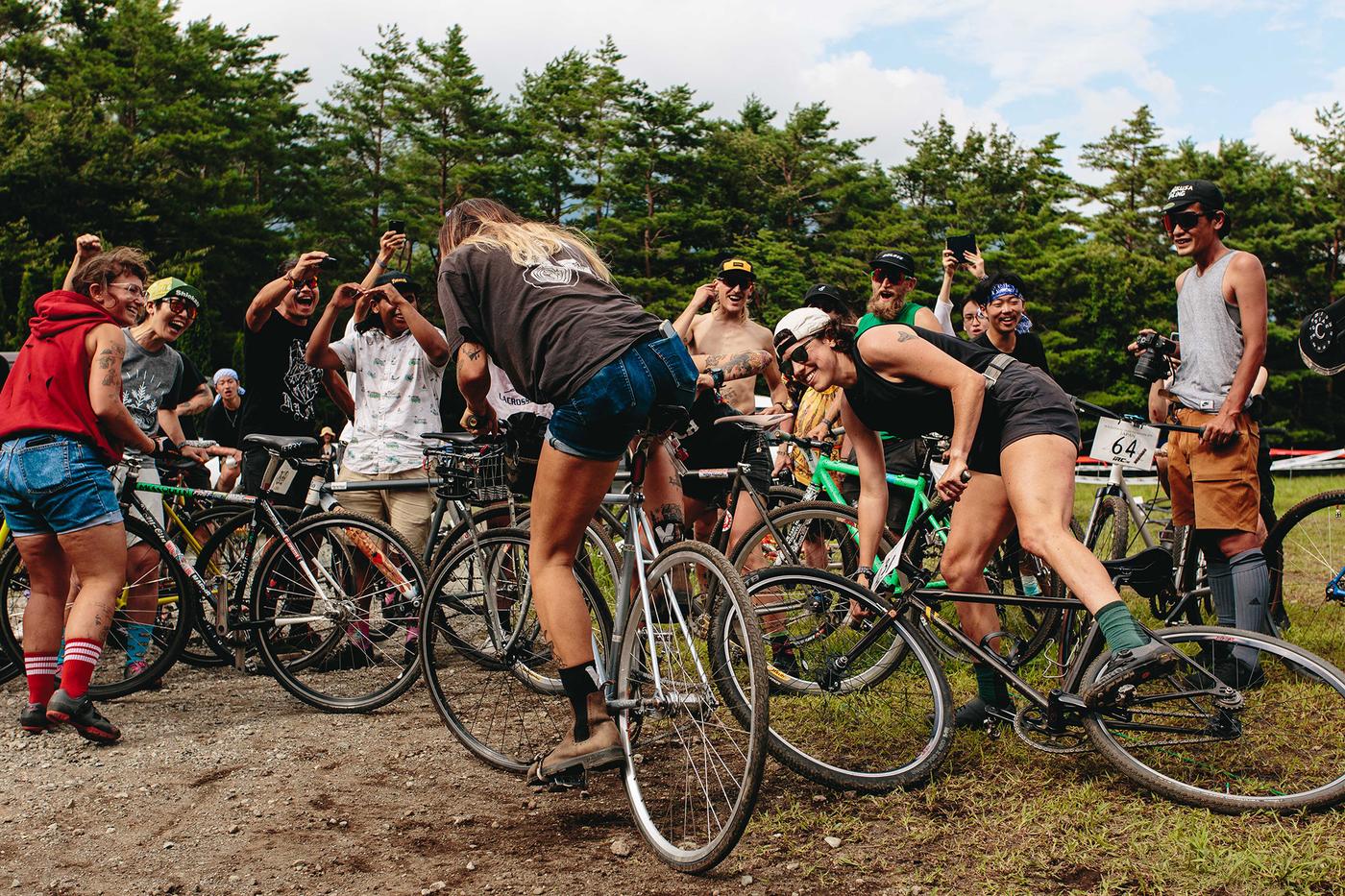 The racecourse took place at the foot of Mount Fuji, where moisturized weather permitted prime racing conditions. There were incredibly rocky sections where most ran through it, but some managed to pedal strike on through. A good chunk of the racecourse took place amidst the edge of the Aokigahara woodlands, where the trees hugged the racers at every turn. Every once and a while the sun would crack through the wooded crevices and illuminate the sweat on the riders’ faces. Out of the darkness of the woods, came a gravel pump track that led racers right back into the woods to do it all again. When it came time for the final battle of the world championships, the women’s race kicked off first and Adoria Elias initially took the lead. Michelle Wilcox broke her chain on one of her first few laps but was able to recover a bike after running nearly half the course. Elias ended up getting a flat, recovered a bike, but lost her first-place position to Wilcox. The men’s race was also an interesting rollercoaster battle. Kazzle Spencer wiped out at the beginning of the race and Kell McKenzie took the lead and managed to gap away from everyone else the first couple of laps. However, McKenzie had a mechanical issue and lost his position. Spencer eventually maneuvered his way to the top and claimed the world championships. This has been the year of tracklocross where it has been the cornerstone of liberation, good times, community and growth. I would like to once again appreciate the organizers of the Tracklocross World Championships 2019 Japan: Chris Namba, Junpei Nakata, and Eui Ho Kim. We are all looking forward to next year’s endeavors while still riding the high of this year’s. Look out for Tracklocross Worlds in Sacramento 2020.